FH and I were recently invited to Roy’s Hawaiian Fusion to check out their new Fall Prix Fixe menu. Those familiar with Roy’s most likely know that Roy’s offers a Prix Fixe Menu all year long, but the menu choices changes seasonally. For $35.95, guests can choose from a menu with three choices of appetizers, three choices of entrees, and two choices of desserts. 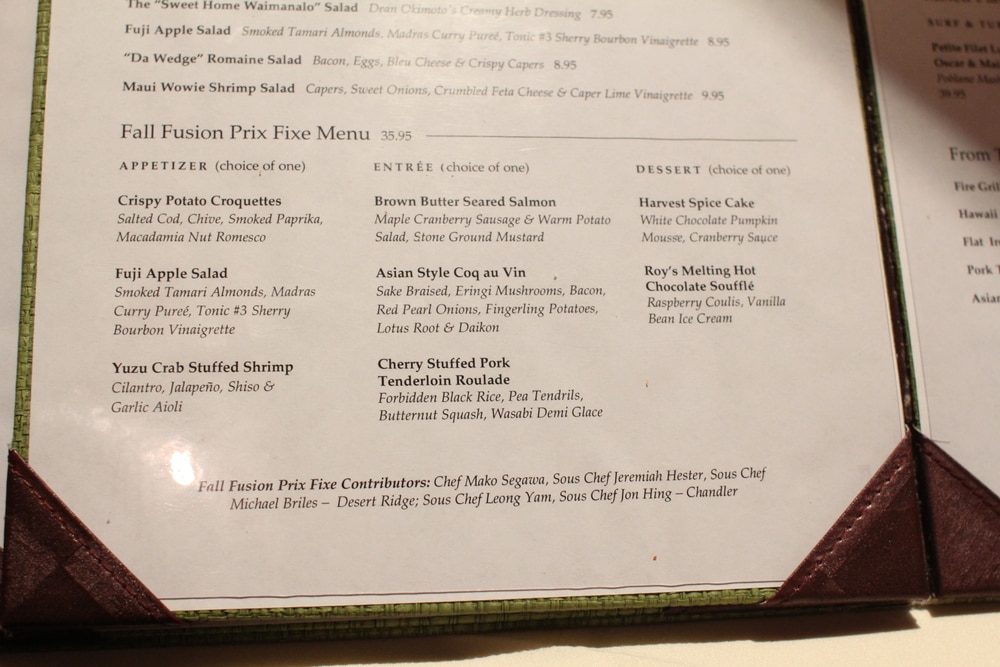 We visited the Roy’s location in La Jolla. One of the things I enjoy most about this location is that the exterior is surrounded by trees and tiki torches. Once inside, you feel like you are dining in Hawaii rather than in the Costa Verde plaza.

Once inside, we were greeted by the property front manager who informed us we would be trying all the dishes offered on the Fall Prix Fixe menu. Good thing we had a light lunch. 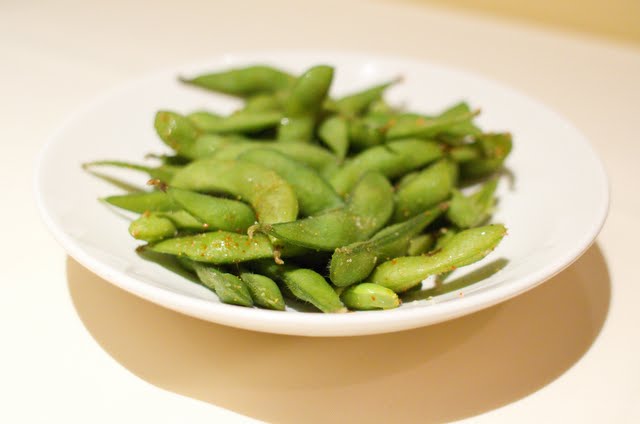 All guests are given complimentary edamame beans at the start of the meal, lightly salted and seasoned. 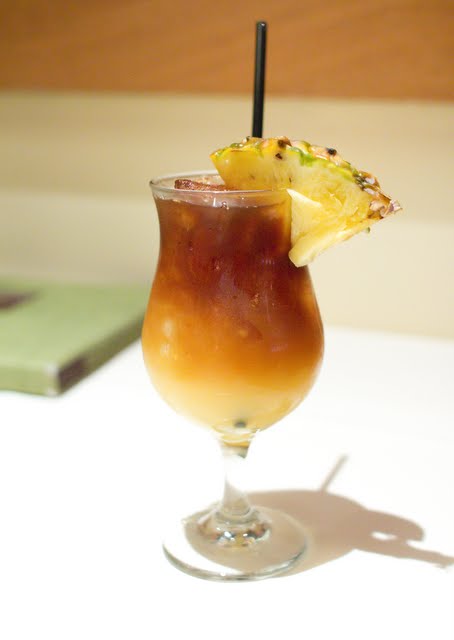 The drink was very sugary sweet. He likes his drinks that way. It was a little too sweet for me.

I was in a wine mood, so I chose a glass of Yalumba “The Scribbler” which is a mix of cabernet and shiraz. 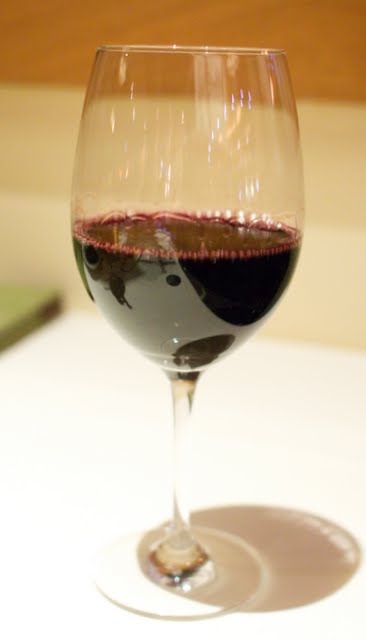 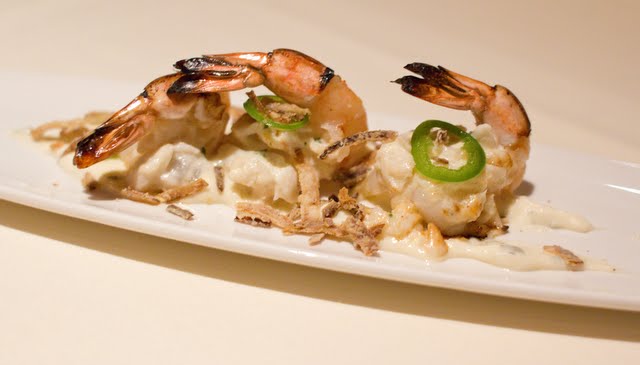 The shrimp sizes were quite large and I loved the bits of crab meat mixed in. The garlic aioli sauce complemented the crab well.  This was my favorite appetizer of the three and one of my favorite dishes of the night. 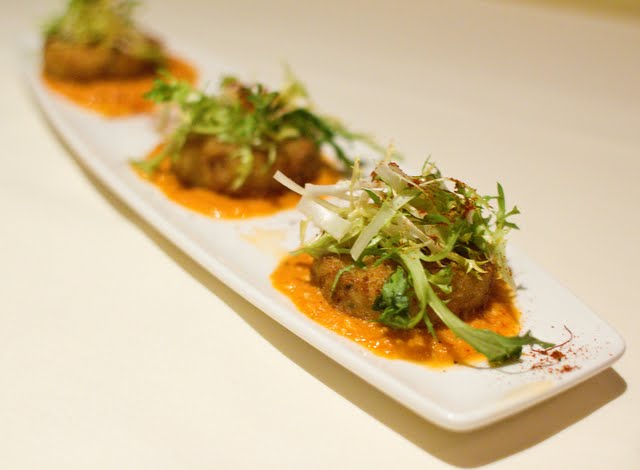 The croquettes were soft and tender and we liked the addition of cod to the potato mix, making them taste like seafood cakes.  This was FH’s favorite appetizer of the three. 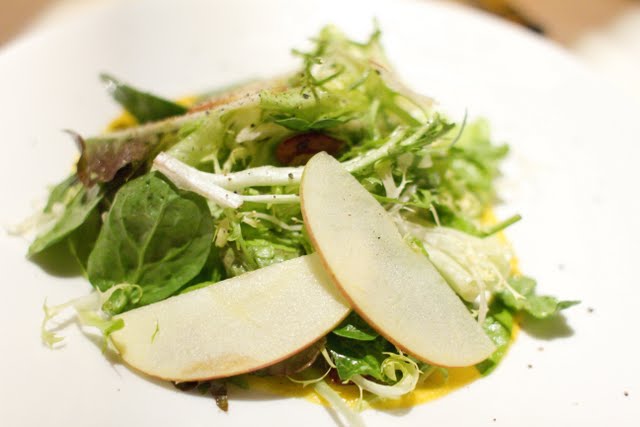 I normally don’t ever choose the salad as an appetizer at a restaurant on a prix fixe menu, but I enjoyed the salad here. I would still choose one of the other two appetizers, but if you aren’t a fan of fish or shrimp, this was a nice offering.

We managed to polish off all three appetizers, and then moved onto the main courses. 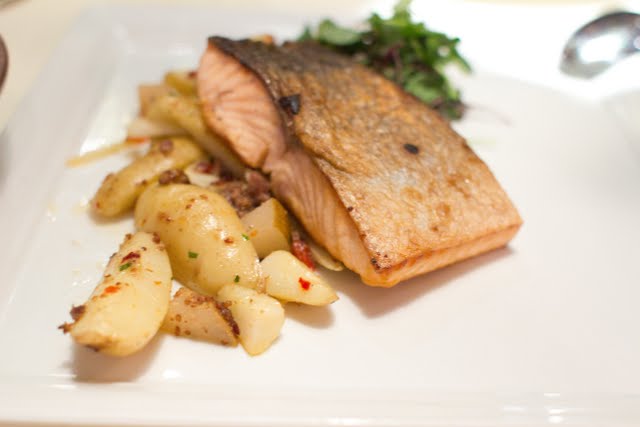 Unfortunately this was the first bad note we hit in our dinner. Despite the salmon being seared, the skin wasn’t very crispy. We both love the crispy skin on a salmon so this was a little disappointing. The salmon was also overcooked. As a personal preference, I wasn’t a fan of the sweet sausage. There was a small bed of greens which I think was to balance out the sweet sausage, but for some reason the greens were very very salty. I’m not sure if this was a fluke or some mistake in the preparation. 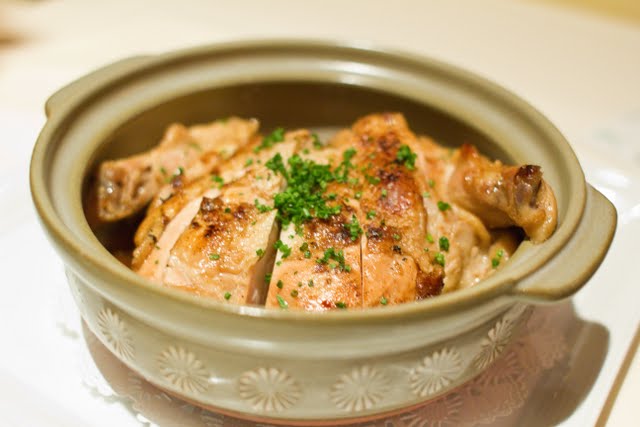 I liked the idea of an asian style coq au vin. I’m not a big fan of sake though and you could definitely taste it in the dish. At the same time, I do wish the chicken was soaked a little more in the sauce as the portions of the chicken not covered by the sauce were a little dry. 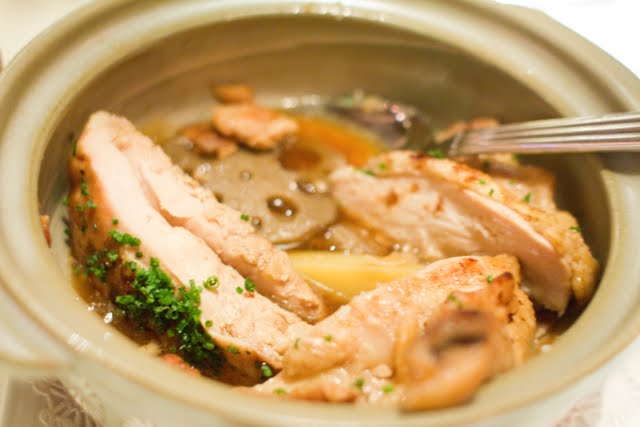 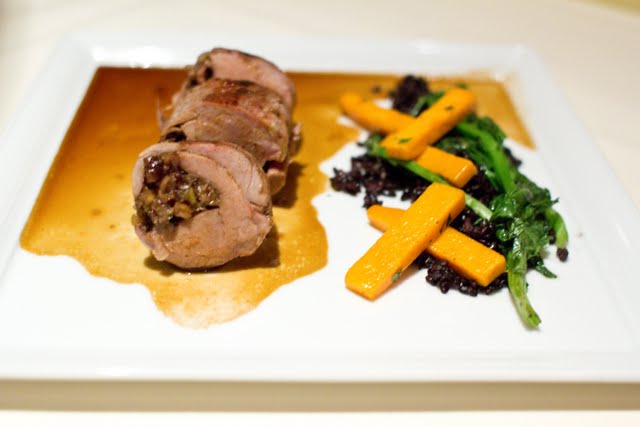 This was my favorite entree of the night. The pork tenderloin was very tender and I enjoyed the cherry stuffing. But what I loved most was the side of black rice and pea tendrils. Both were cooked perfectly and went well together. The butternut squash added a little bit of sweetness. 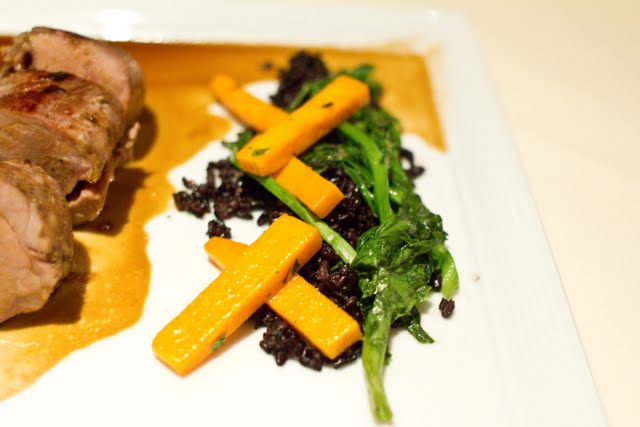 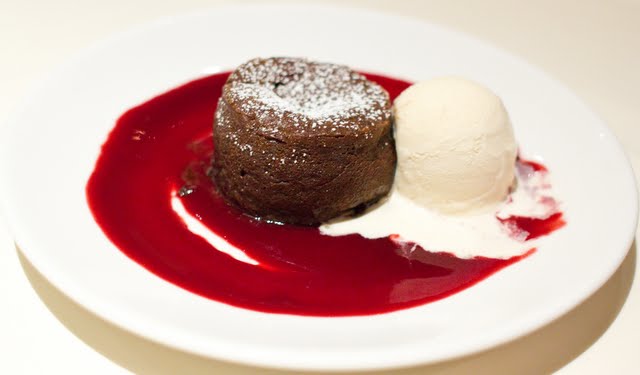 I’ve had many chocolate souffles before. I’ve tried ones from other restaurants claiming it is their signature dish, I’ve also tried making them at home with several recipes. The ones I’ve eaten at Roy’s have been the best chocolate souffle I’ve ever tasted. 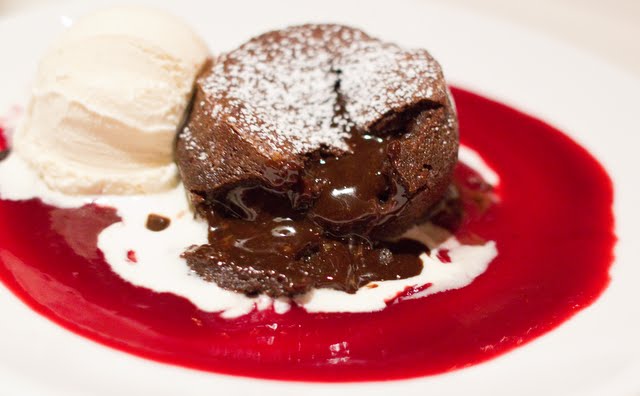 The souffle was as good as ever. FH and I both love this dessert. 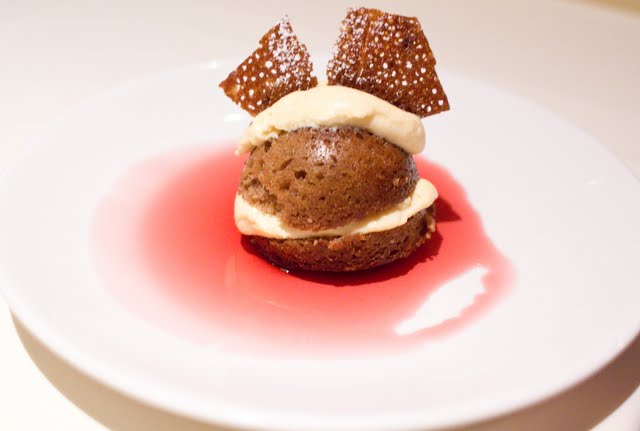 For those that don’t like chocolate, the spice cake is an alternative. Next to the amazing chocolate dessert, I thought this one paled in comparison. But for those who want something less rich, this was still tasty.

We left that night completely stuffed and with some leftovers from our main entrees. We had a nice time though one of the entrees was a miss. The highlights of the night were definitely the appetizers and the chocolate souffle dessert.

Please note, our meal experience was complimentary, however I was not compensated for the review and my opinions are my own.