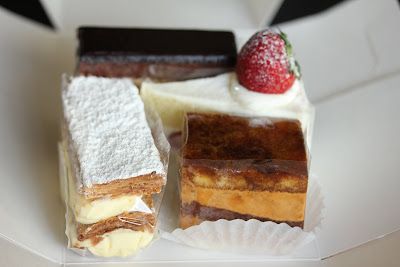 Sage Bakery is a small japanese/french bakery in the same plaza as Nijiya market.  The bakery offerings are mainly French desserts, but made in a Japanese style, so the desserts tend to be lighter versions of the French treats.

I've had some cakes there.  While they've always been pretty good, I've never been wowed by any of the desserts and I find it to be very pricey. Recently my friend brought me a few desserts from Sage.

When I was photographing these desserts, I actually didn't feel like eating them. I don't know what was wrong with me. Not in the mood for sweets?? Luckily it was just temporary, and a few hours later I was dying to dig in.  I really enjoyed each of the desserts. I do still think they are a bit overpriced though. 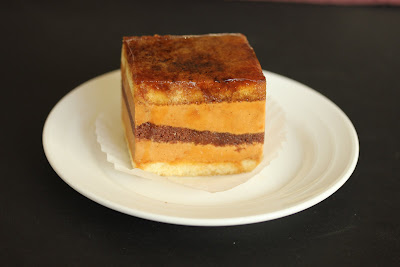 This one was like a coffee flavored tiramisu. This was probably my least favorite because it was more bitter than sweet. 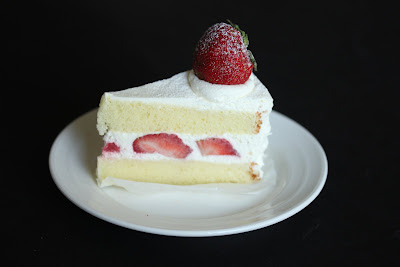 I really loved this one.  The cake was light and fluffy.  The cream wasn't too sweet and the strawberries were fresh. I think I'm going to try to recreate a similar cake. 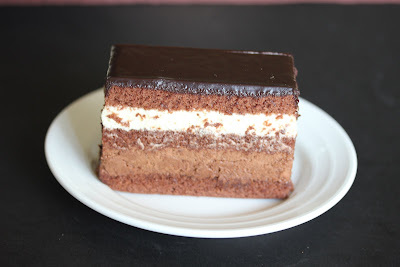 Chocolate mousse cake.  Very rich and chocolatey, which I love. 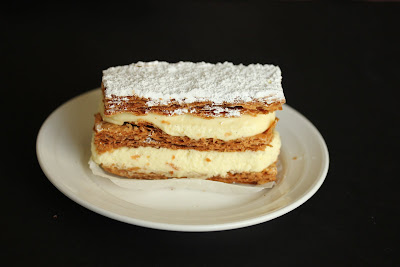 I loved the cream inside this pastry. The cream/custard tasted a lot like the vanilla cream that is in the Beard Papa's cream puffs.  Yummy.