With San Diego Beer week in full effect, this past weekend we visited a few breweries with some friends. Unfortunately, with all the eating we did in-between, we didn’t leave quite enough room for as much beer tasting as we had originally planned. 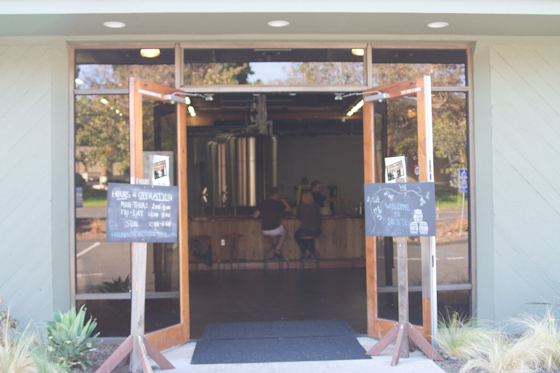 Societe is a fairly new brewery that has gotten pretty good reviews. I was trying to stick to some of the smaller ones, knowing that the popular ones would be very crowded. There’s no big sign. Instead, we spotted it through the chalkboard sign. 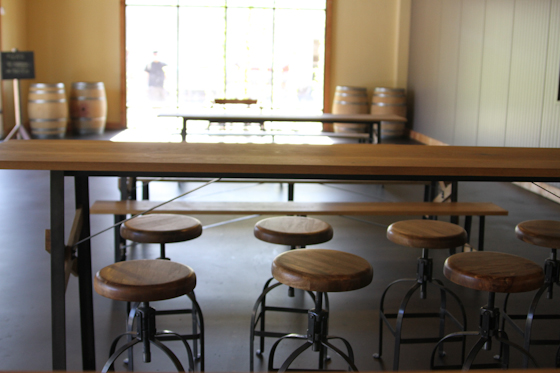 One nice thing about this space is that it’s not standing room only. There’s some tables where you can sit down and linger with friends. 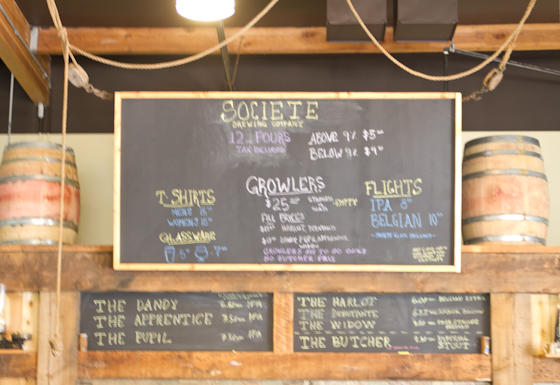 Normally, they offer beer flights where you get to keep the glass, but because it was SDBW, they weren’t offering the flights because they were afraid of running out of glasses. There was only one person manning the tastings when we went and he wasn’t very enthusiastic. He pretty much poured our beer, then asked us to leave the bar area, even though there was no one around.

Tastings were $1, and the pours were pretty generous. 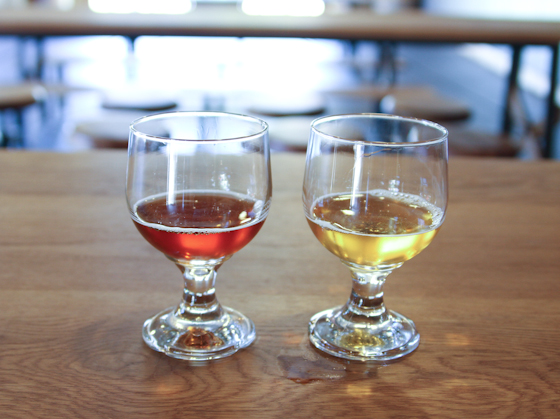 Because I have almost zero alcohol tolerance, I stuck with only three samples. I enjoyed the Harlot and the Debutante the best, which were both Belgian Ales.

Since they don’t serve food, they do have food trucks that come in the afternoon. The beers were pretty good here and I’d come back again to check it out. I liked the decor too. 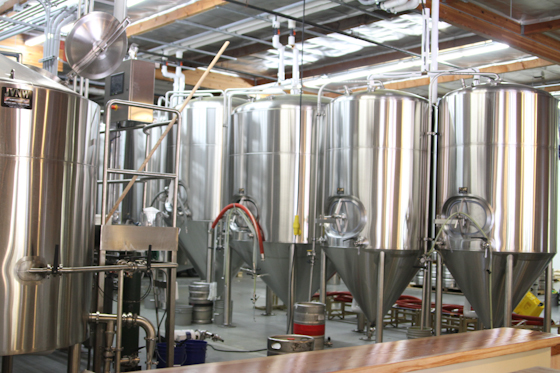 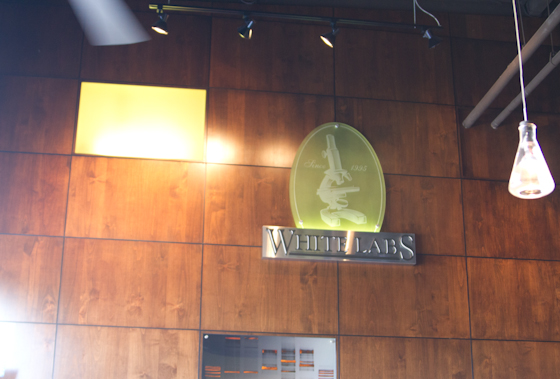 I wasn’t quite sure what to expect from this place, which actually is one of the world’s leading yeast distributors. The place was completely crowded when we arrived, but the staff was still super super friendly. The idea here is to sample the different yeasts and see how they affect the beers. You’re given a sheet with all the options available, and then you mark down eight you want to try. Ideally you want to get some of the same beers, with different yeasts, so you can taste the difference, but it’s all up to you. 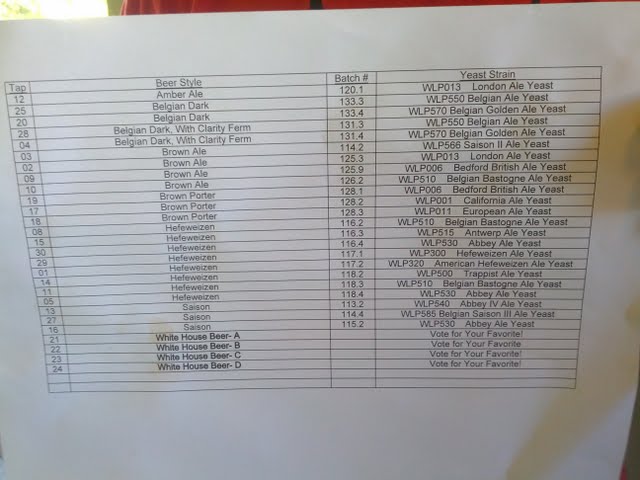 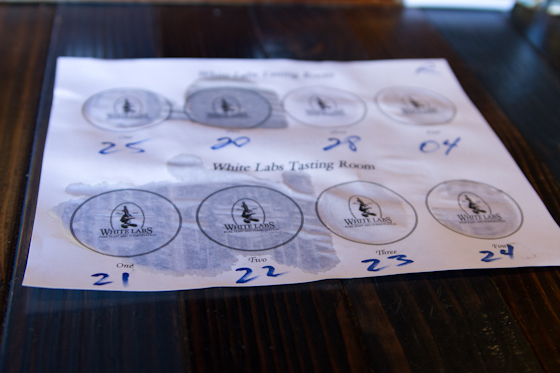 Once you’re done, they start pouring you your flights. It was pretty neat seeing a flight of 8 beers in front of me at once. It was also quite daunting trying to drink so many. They were really generous with the pours as well. At one point, they poured the wrong one, so they just gave it to us for free. I also got two glasses of one brew because they said it was too carbonated, so they gave me double the amount. 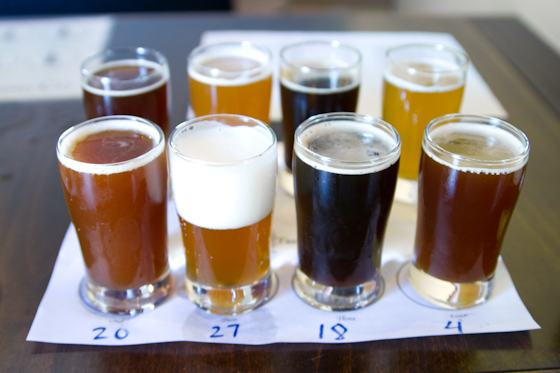 The do a tour of the facility every hour, and we went on a tour halfway through our tasting. Unfortunately, no photos were allowed on the tour. It was pretty amazing seeing all the yeast strands. They make yeast for beer, for whiskey, and much more.

I was also enchanted by these beaker lights. 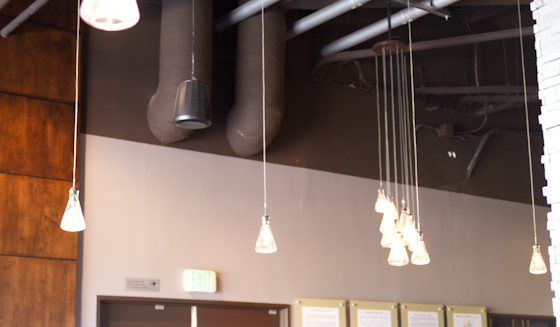 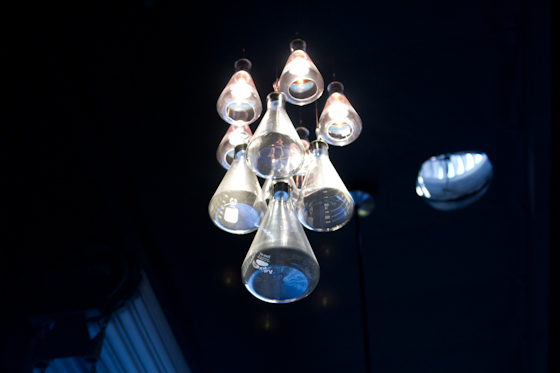 We had a lot of fun here. At some point they also gave us some pretzels to help wash down all the beer. It was a lot of beer, and hard to finish all the tastings, but it was fun tasting the different yeast strands.

We originally had a third place planned, but after 8 tastings we were stuffed. It didn’t help that we had eaten Hash House for breakfast and carne asada fries after Societe. Still, it was a fun way to spend our Saturday. There are quite a few other breweries in San Diego I want to check out eventually.