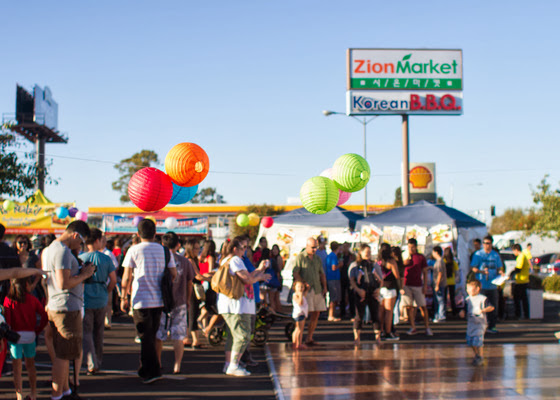 This past Saturday, San Diego had its own very first night market. Night markets are really popular in Taiwan and other parts of Asia. It’s always been one of my favorite things to do when I visit family in Taiwan. LA started doing them this summer and they were a huge success, prompting San Diego to try it too.

It took place in the Zion market parking lot. The size of the market space and vendors was a little small, but the turnout of people was quite incredible. We got there at the start and there were already lines at all the food stands.

There was a mix of different Asian cuisines and other fair foods. There were also other non-food booths. And there was various entertainment happening including dragon dancing, wushu swords and cooking demonstrations. When the floor wasn’t being occupied, there was dance music with a lot of young kids on the dance floor. 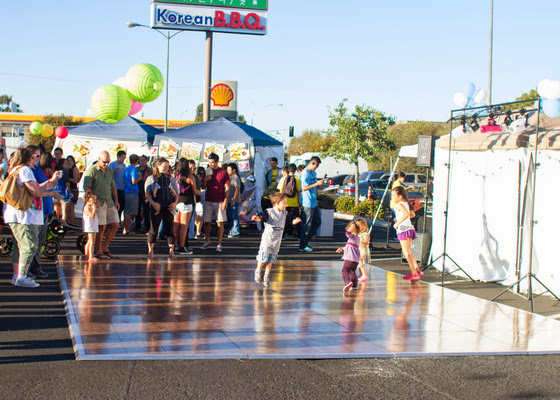 Even though the market was quite small, it was fun seeing so many San Diegans come out and everyone seemed to be enjoying themselves. 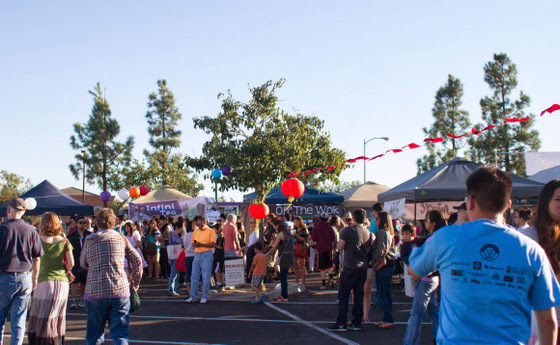 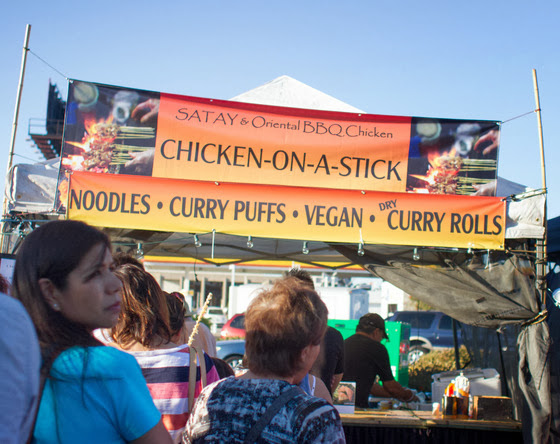 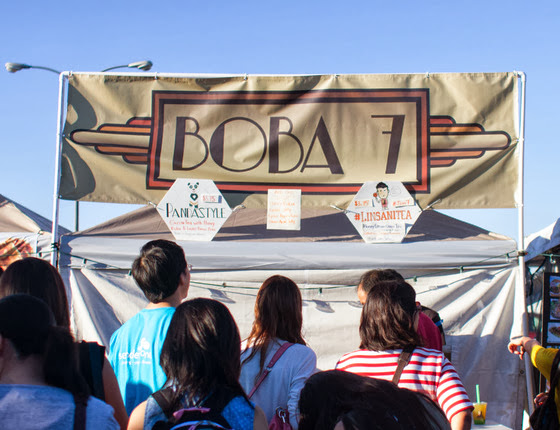 There were a few food trucks off to the side. 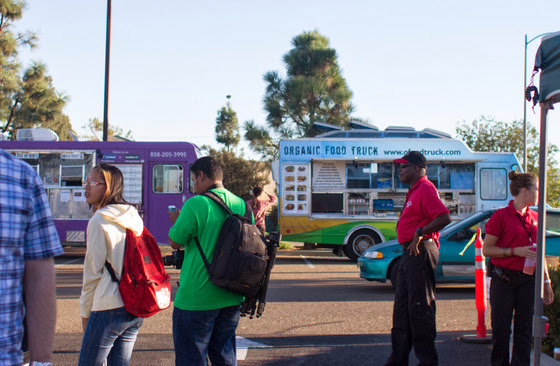 Most of the food court restaurants inside Zion also had a stand set up. 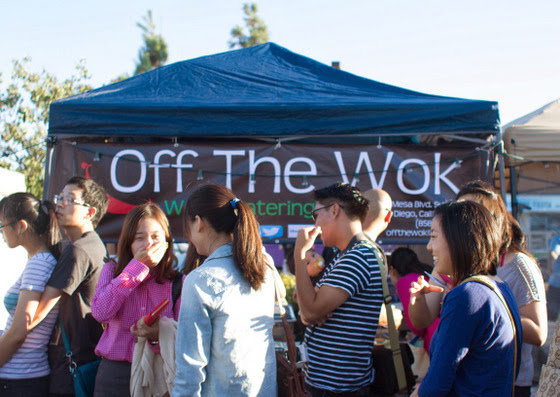 After perusing all the food stands there were two I was interested in trying: Hotato Potato (which was offering customized fried potato slices on a stick) and Pangea Cafe. We did end up trying Pangea, which was a huge mistake. It’s a decision I’m still regretting. 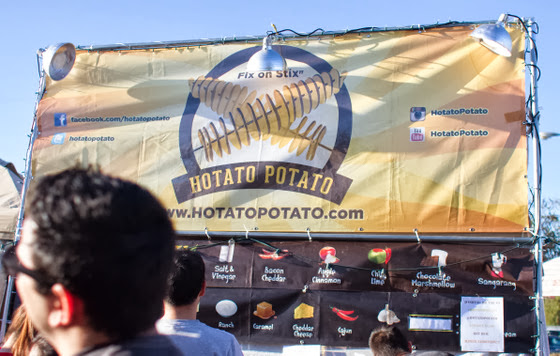 Pangea Bakery Cafe had the longest line of all the food vendors when we were there, stretching across the entire length of the night market space. I was initially confused, since their storefront is just a few blocks away. 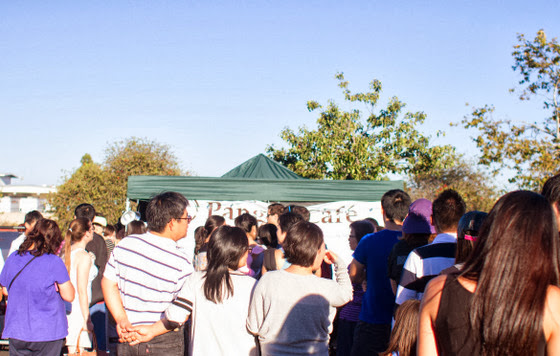 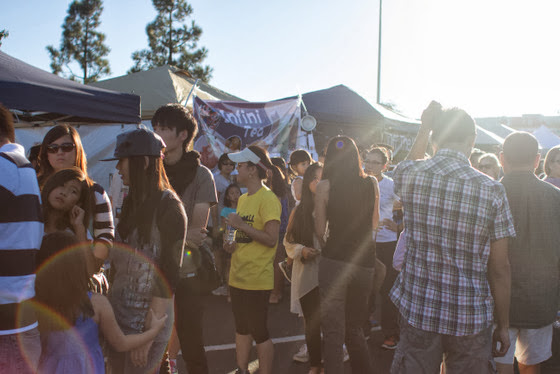 But I soon realized why. Instead of just selling the bread and pastries they usually carry, they cleverly came up with a completely different menu, offering some Filipino cuisine and classic Taiwanese night market food. 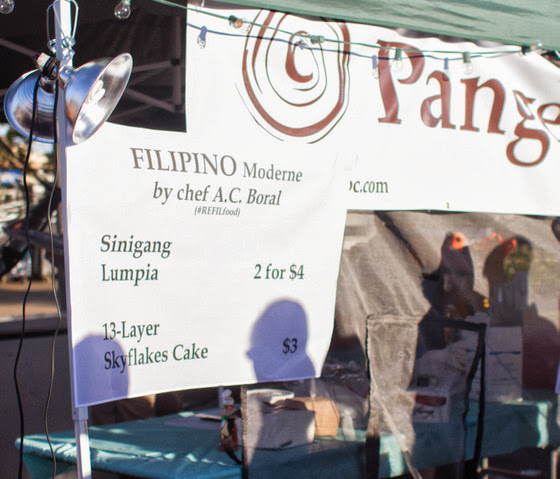 What really got people’s attention was the offering of giant grilled squid skewers. One look and it really took me back to the night markets in Taiwan. Pangea was the only one offering these dishes, which caused the long lines. 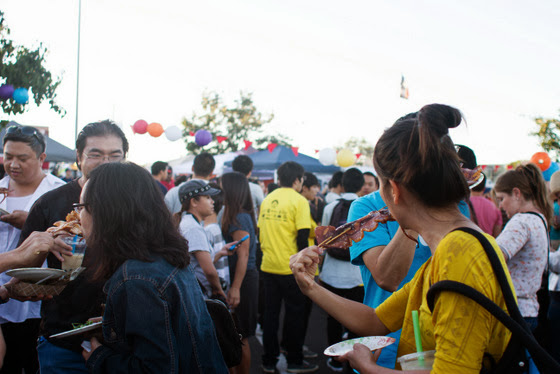 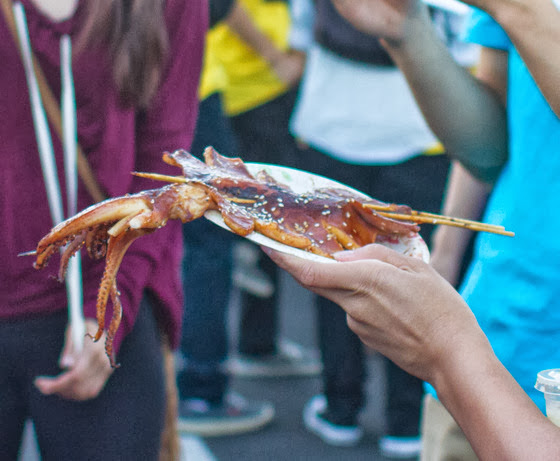 I usually don’t have the patience for lines. While I debated whether we should bother, Mr. K, knowing how much I wanted that squid, immediately got in line. Unfortunately (and totally not his fault), it was a huge HUGE mistake. 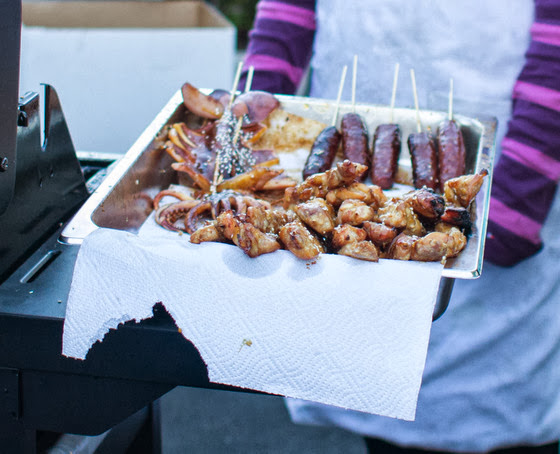 We waited in line for about 20ish minutes. I didn’t mind too much. It gave me a chance to people watch and take some photos. After we ordered, we got in the queue of people waiting for their food. Pangea had quite a big staff, but they simply couldn’t turn out the food fast enough. We had already waited for a good 15-20 minutes when around 6pm, only 1 hour after the market had opened, we heard them tell customers in the ordering line that they were out of squid. Obviously they hadn’t planned well, especially since there was still about 5 hours left to go.

There was a murmur amongst us in the crowd of people waiting, but it was more of relief, thinking we ordered just in the nick of time since they were now out. Unfortunately, we were wrong. I saw them counting tickets, and so they obviously knew there was a problem. But rather than deal with the problem right away, they let the crowd continue to wait. And wait and wait, thinking they were still getting their food.

Suddenly we watched as two people who had clearly been behind us in line walk away with two squid skewers. Mr. K was just about to say something to the staff, when suddenly one of the guys working announced that they had completely sold out of squids and the last one on the grill was going to a young woman standing in front and everyone else would get their refunds. As you can imagine, people were not happy. They had made us wait an extra 20 or so minutes when they clearly knew they didn’t have enough.

It would have been one thing if they ran out and told us right away. But they made us wait, which was definitely not good business dealing. And what really pissed me off was that I saw people who ordered after me get the squid, all because they had a really poor system of getting the orders out.

I actually felt bad for the guy doing the refunds because he kept saying he didn’t work for Pangea normally and that it wasn’t his fault a bad system (or no system) had been set up. The lady who had been in charge and appeared to be one of the managers, conveniently ducked away right before the announcement was made, leaving the guy to deliver the bad news and deal with all the pissed off customers. Some customers asked if they could get some free food for their long wait, but Pangea was only offering refund of the $7 and their apologies.

While I know this experience wasn’t an accurate reflection of the entire night market experience, it definitely left me in a bad mood and I didn’t really have much interest after wasting more than an hour. We got our remaining food order and left to go get some real dinner. 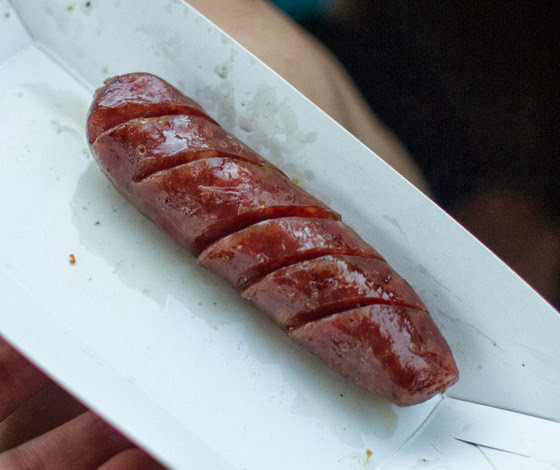 This was your standard grilled Taiwanese sausage, which is a pretty classic night market food. The outside skin has a snappy crunch when it’s grilled and the inside tastes both sweet and savory. 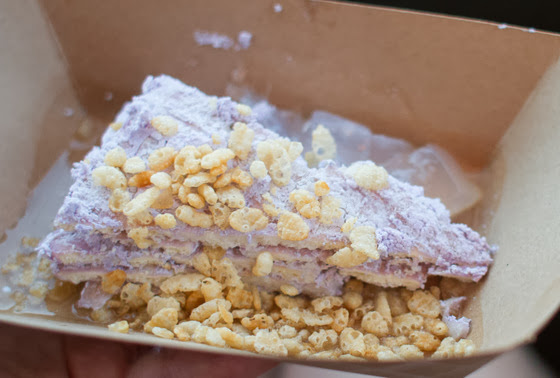 I’d never had this before and thought it’d be interesting. It was ube flavored, and stacked with layers of cream and a skyflakes which are a type of cracker. This was alright, but not worth getting again.

We had an okay time at the night market. I was glad to see so much interest so I hope that it’s an event that will continue to grow. I just hope that the vendors also get their act together as well.