I hope everyone had a wonderful Memorial weekend! As I alluded to in an earlier post, I had a very busy weekend. I flew home, spent some time with my parents, and attended an Indian wedding full of tons of food and dancing. It was so much fun and the weather was great. I'm so full of yummy food and have lots of pictures to share.

In between the Indian wedding events, I managed to sneak a quick trip to San Francisco, which was twenty minutes from the wedding site.  Despite living fairly close to SF and visiting many times, there's so much of SF I have never explored. Especially the food! It's hard to find people who are willing to go with me on my food adventures. This weekend seemed like my only opportunity because Boyfriend was with me and he was game to indulge in my crazy food exploring.

Our trip was made even more fun because two of my friends were brave enough to join us. We had about a five hour gap between the morning and evening wedding events. Most people were tired and went home to rest. I was tired too, but set on trying these food places. Luckily my friends were still game to come along.

With only a few hours, we could only make a few stops. I also had to make sure we had enough time to get back, rest a little, and change. Oh, and save room for the grand reception that was still to come. So after much reading of blogs and some recommendations from other foodies, I settled with four spots: Dynamo Donuts, Slocombe Creamery, Tartine Bakery, and Bi Rite Creamery.

To  make things even more complicated, there appeared to be some sort of parade going on in SF right around the streets we would be exploring, making parking impossible. So are stops ended up being super quick with Boyfriend circling the streets while we hopped down to get some sweets. 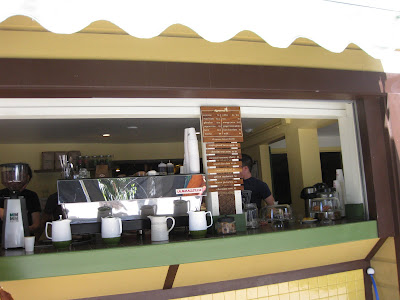 Our first stop was Dynamo Donuts. Dynamo Donuts is a small little donut shop that only offers a couple of different gourmet donuts a day. Each donut is priced between $2-$3 dollars, which I thought was a bit pricey. However, after reading a great endorsement from Serious Eats as well as getting a recommendation from another food blogger, I thought it'd be worth trying. I love donuts, but so far I haven't really explored many gourmet donut places.

Lucky for us, they were doing a 2 for 1 deal that day, so we got to try double the donuts for half the price. Since we came all the way, I wanted to sample as many donuts as possible. I chose four, thinking, I could take a bite of each, let my friends and Boyfriend try them, and take the leftovers back. This ended up being a big mistake. The donuts were so yummy that I ate almost all of them. 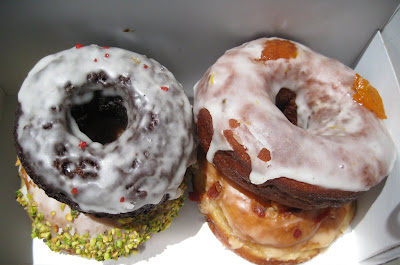 The donuts here are super soft. They taste like donuts, yet the texture is softer than any other donut I've had before. Even the chocolate rose donut, which looked like a chocolate cake donut, didn't taste like a cake donut, but instead tasted like a super soft yeasty fried donut. It's hard to really describe the texture. Your definitely eating donuts and yet the dough is so much softer and practically melts in your mouth.

My friends sampled a maple bacon donut and a caramel de sel donut. The maple bacon tasted pretty good in my opinion. The donut had a light glaze and was sweet and it was topped with little salty crunchy pieces of bacon. 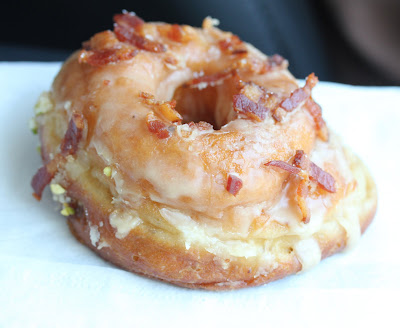 The chocolate rose tasted mostly of chocolate and not really of rose. Usually chocolate donuts are cake donuts. This donut had a rich chocolate taste like that expected in a cake donut and it looked like a cake donut,but the texture was the same as all the other donuts: soft, yeasty goodness. 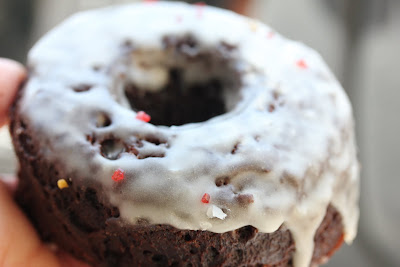 I also got an apricot cardamom donut. I'm not a fan of cardamom, so I didn't like hint of cardamom that I tasted in this donut. 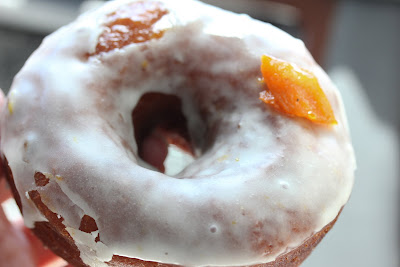 I also got a pistachio lemon glazed donut. The pistachios that rimmed the outside of the donut were actually salty,creating another sweet and savory donut. The lemon flavor was light and mainly in the glaze. I didn't love the flavors, but I did love the dough. 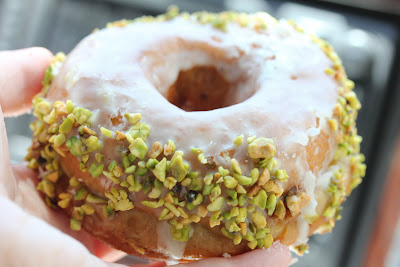 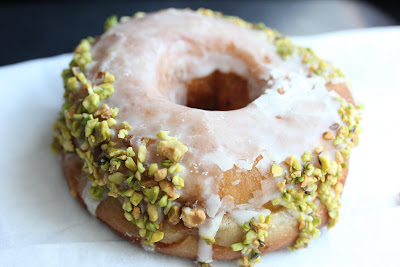 Overall, I found the flavors of each donut to be surprisingly mild, considering all the unique donut flavors being offered. I would have preferred a stronger flavor in each donut. However, the donut dough here is amazing and was worth the visit. I'd definitely visit again. 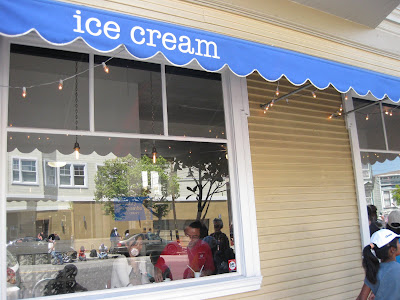 Next stop was Slocombe creamery. I was very intrigued by this place because it produces a crazy list of ice cream combinations that I've never seen offered anywhere else. That day the offerings included boccalone prosciutto, secret breakfast, golden beet saffron, salt and pepper, just to name a few. 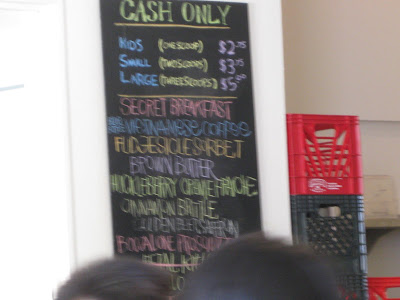 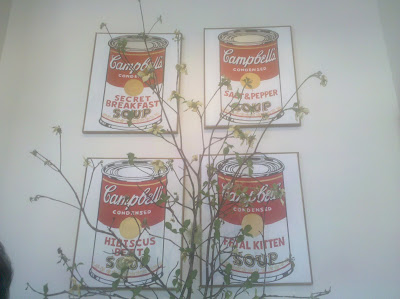 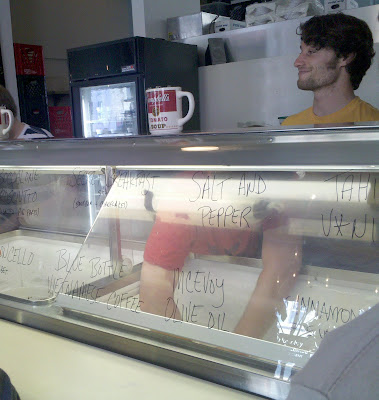 The Secret Breakfast is one of their most popular flavors. Corn flakes and bourbon didn't sound that appealing to me, but after sampling it, I was surprised how much I liked it. The corn flakes added a crunchy texture to the ice cream and the bourbon sauce was sweet and great for those who like alcohol desserts. Both my friends tried the proscuitto and made a face that did not look pleasant. I wanted to sample it just to say that I had, but there were so many others I wanted to sample also, that I ended up not sampling it. 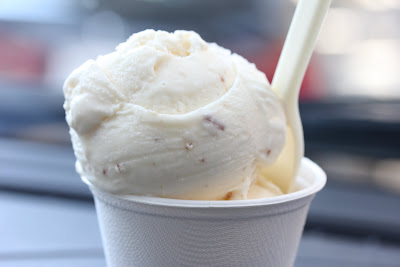 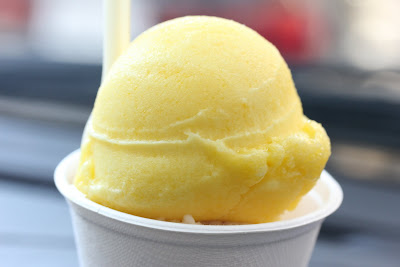 I ended up with a scoop of the Secret Breakfast and brown butter. We also got a saffron one without sampling it, and none of us were a fan of the beets taste to it.  I thought the ice cream here was creamy, but what made it really stand out were the bold flavor options. The staff was really patient too, and was very generous with the samples. With Slocombe being so close to Dynamo Donuts, I'd love to hit up both of these places again.

Our next stop was Tartine Bakery. I've heard of Tartine, but never visited it. I was excited though because I love french desserts. When I first started browsing the display cases, I was taken aback by the prices. While I'm used to French bakeries costing a bit more than normal bakeries, I felt that Tartine was especially on the high end scale. 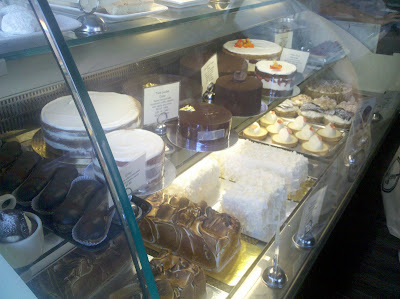 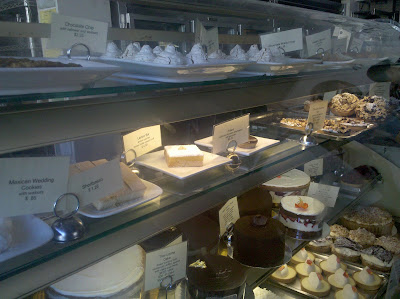 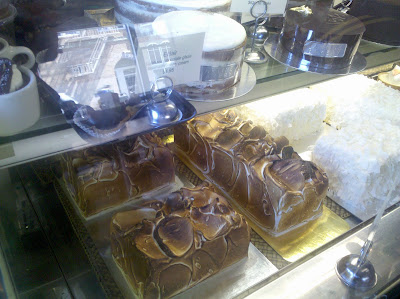 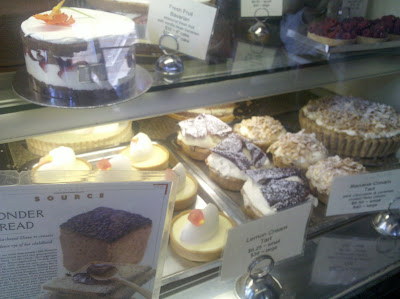 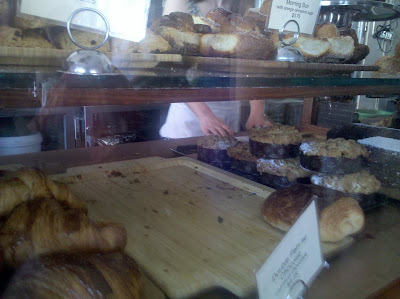 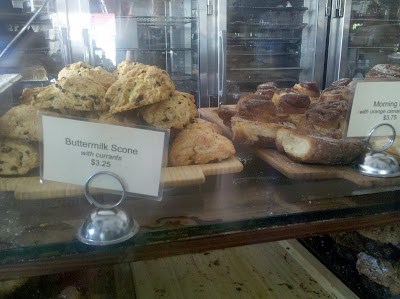 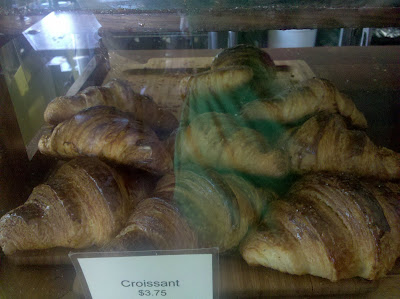 I wasn't quite sure what to get at Tartine. I had heard rave reviews about the bread pudding,but since we weren't dining there, I didn't get it. I ended up settling for a chocolate croissant and a hazelenut tart.Both items I got were disappointing. The chocolate croissant was slightly burnt, the flakes did not melt in my mouth and the chocolate was a bit too bitter for my taste. The hazelnut tart was super sweet and, in my opinion, really not that special and not worth the $6 it was priced at.

I was disappointed with Tartine, but I would probably give it another chance. It's such a popular spot. Perhaps I just ordered the wrong items.

Our last stop was supposed to be Bi Rite Creamery, which has over 2000 yelp reviews, and endorsements from quite a few bloggers. I was curious to try this amazing ice cream. However, when we arrived, the line was ridiculously long. Out the door, down the street, and around the corner. I was expecting lines,but this seemed a bit too much. We would have to wait for at least half an hour was my guess. With the parking being such a problem and with everyone tired and not that hungry, we opted to skip Bi Rite. Another time, Bi Rite.