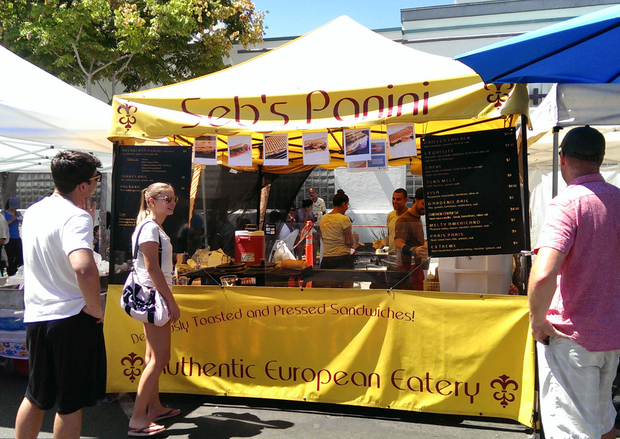 Seb’s Panini is a panini stand that operates at several local San Diego farmers markets. It caught my attention when it was recently named one of “The 10 Best Panini in America” by The Daily Meal.

Since we frequent the Hillcrest Farmers Market, I made sure to seek out Seb’s Panini for a quick lunch. 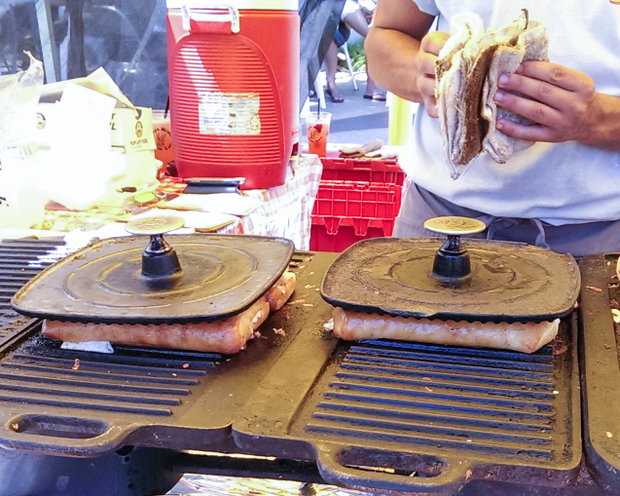 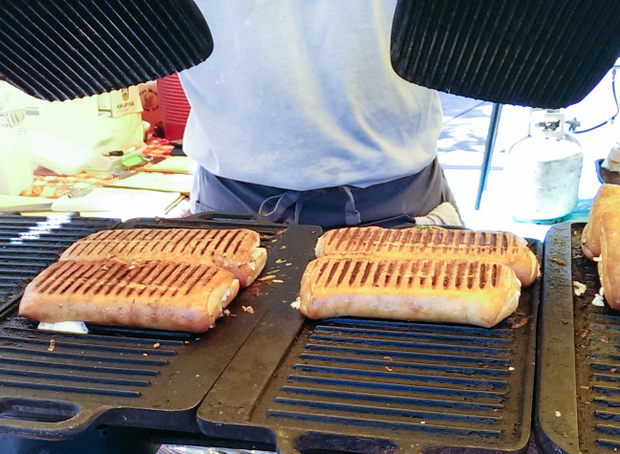 After we placed our order, we were told it would be about 15-20 minutes, so we went to go do some shopping. When we returned, I was able to watch some of the sandwiches being pressed. 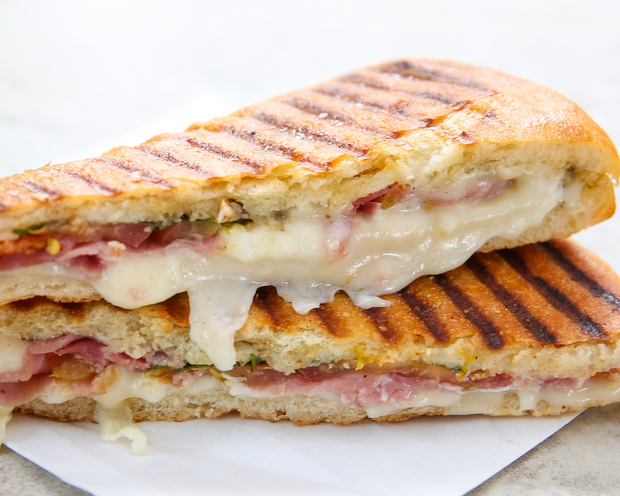 Prosciutto, mozzarella, tomatoes, basil, Herbes de Provence, and olive oil. This was the one I chose. The sandwich was sliced in half for us, allowing that melted cheese to ooze out. The bread was hot and crunchy and there was a good balance of ingredients. I really enjoyed this sandwich, though it didn’t impress me to the point of thinking it would make a top 10 in the nation list.

Overall though, it was a solid panini and the staff were so friendly and energetic. We’ll definitely stop by to try more sandwiches but I can think of a few panini sandwiches that rank higher on my list (such as the ones at Monello).