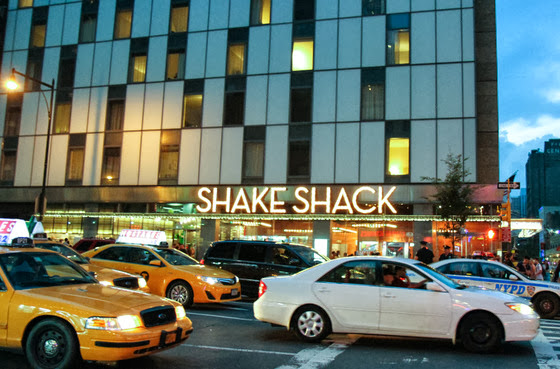 After seeing so many photos of burgers and custards at Shake Shack from my East Coast friends and bloggers, Shake Shack was on the “must try” list during my visit to NYC. There were several locations nearby, we ended up going to the one near Times Square, in the Theatre District. We later also passed by the one in Madison Park, which had quite a pretty setting. I sort of wish we had gone to that one instead. Oh well. 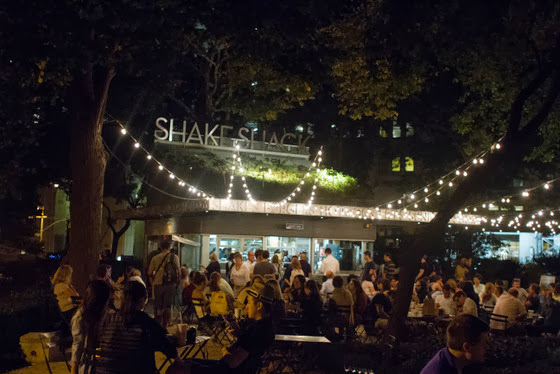 When we arrived, there was a line more than 30 people deep, but it moved fairly fast. Of course once you order, you are then tasked with attempting to find an empty seat inside the crowded restaurant. 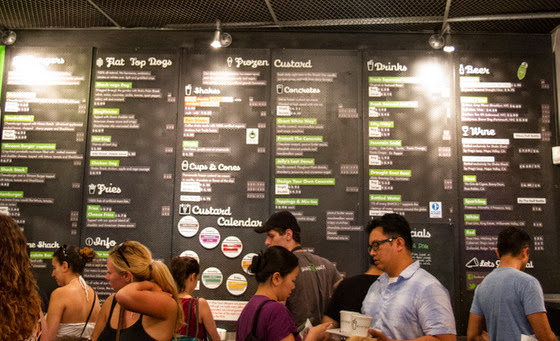 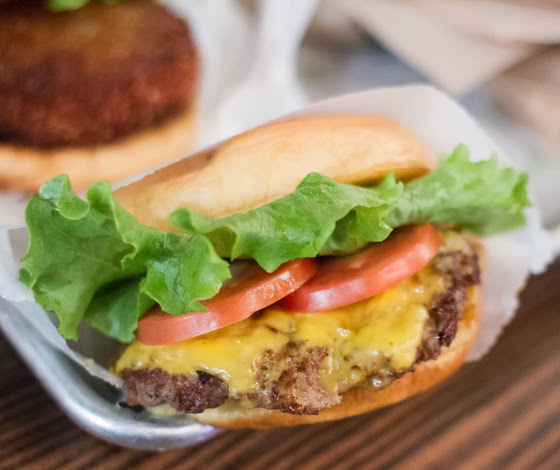 This is their regular burger. What really surprised us was the price. $4.60 for a burger that was about the size of the burgers on the McDonald’s dollar menu. Now obviously the quality is much higher than the value menu burgers at McDonald’s, but I still thought $4.60 was really hefty. I had been expecting prices more like In-N-Out. The price didn’t even include fries.

Mr. K and I both enjoyed the burger but thought it was priced too high given the portion size. 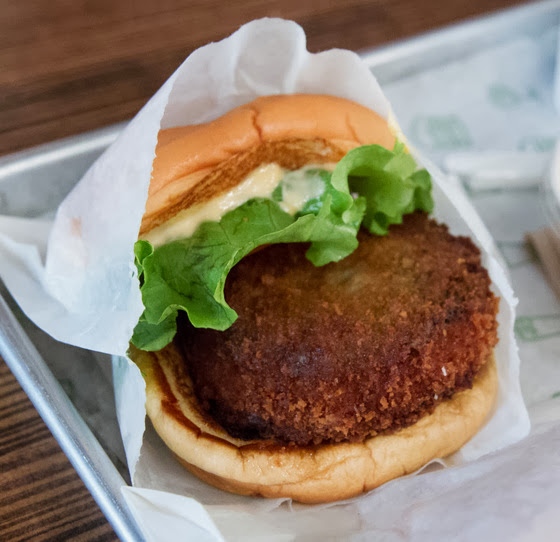 I actually enjoyed this burger better than the Shack Burger, mainly because of how unique it was. This wasn’t your average vegetarian burger. The mushroom was was breaded, deep fried, and filled with ooey gooey cheese. This was quite delicious. But again, it was $6.75. At those prices, I expect a restaurant-size burger and this was quite small. 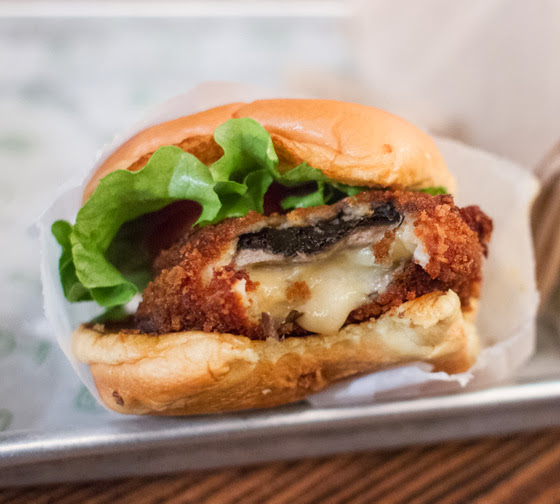 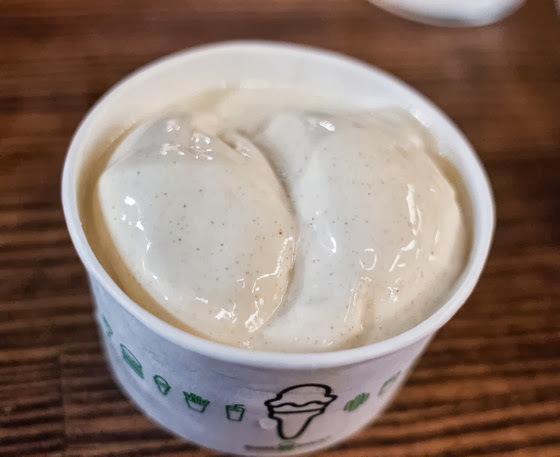 I had been really excited to check out the custards. They have a huge variety of rotatingflavors. Unfortunately, only one flavor is available per day and the day we went was oatmeal. It was too cinnamony for me, but I loved the texture and I can imagine enjoying this much more if it had been a flavor I really liked. 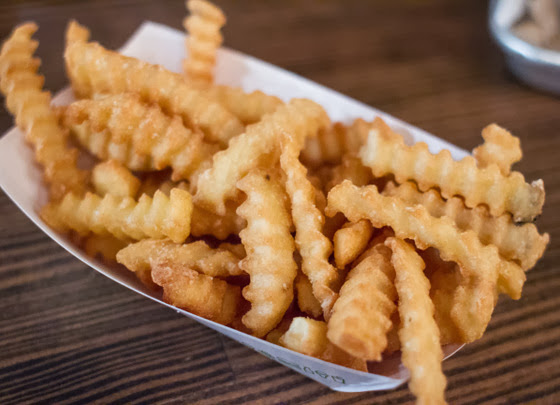 Mr. K also ordered a vanilla milkshake which I guess I forgot to photo.

Overall, we liked what we ate but found it way overpriced. We also weren’t a fan of how crowded it was. It took a while to get our food and there wasn’t much seating, so we ended up having to share the stool seats and half stand/half sit while eating. You can view their full menu online.