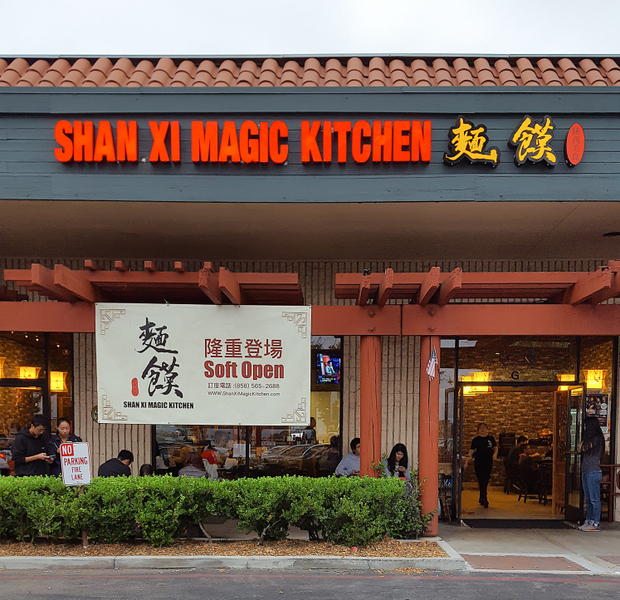 The restaurant opened while we were in Japan, replacing Myung In Dumpling (which is now in Zion’s food court with a much more limited menu). The turnaround was quite quick. I was surprised when I read of its opening over on mmm-yoso!!!. How long had I been gone?! 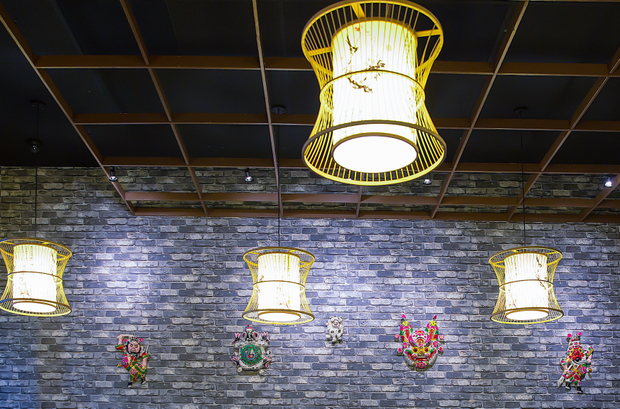 We went to check it out this weekend and there was quite a long line of people outside. However, the wait time actually wasn’t too bad. There were about ten parties ahead of us and we only waited about 15-20 minutes. 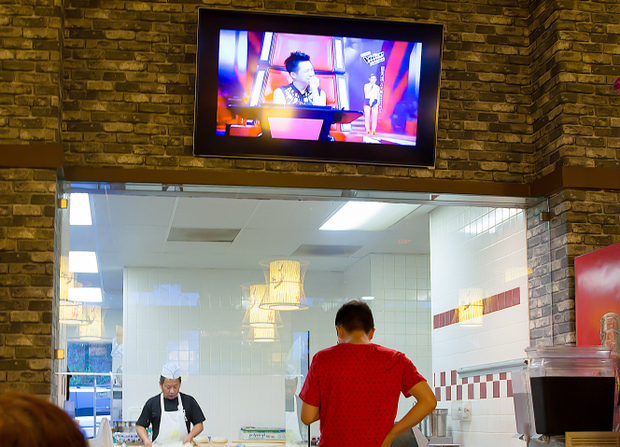 While the basic set-up from Myung In still exists, the restaurant had made a few changes to spruce things up, including some decorative lights, room dividers and brick wallpaper that gave the appearance of brick accented walls– until you get a closer look. 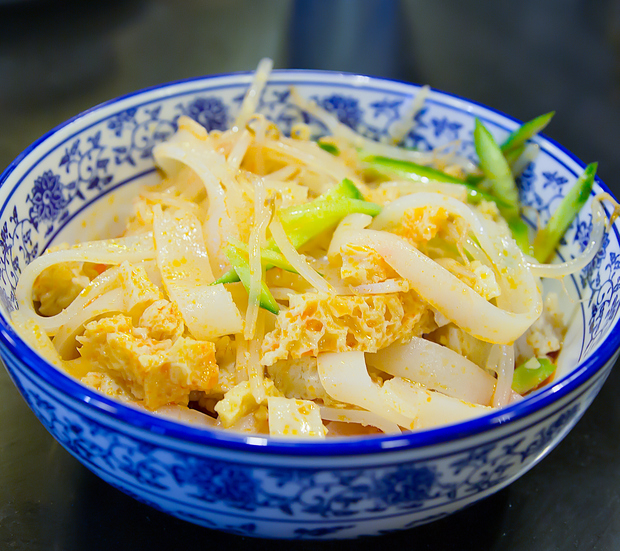 The noodles were a little bit brittle, but the flavors of the dish were well-balanced and not too spicy. It was a good mix of chili oil, vinegar and sesame oil which added a wonderful aroma to the dish. I also really liked the pieces of frozen tofu which added an interesting chewy texture. I enjoyed this dish and would order it again. 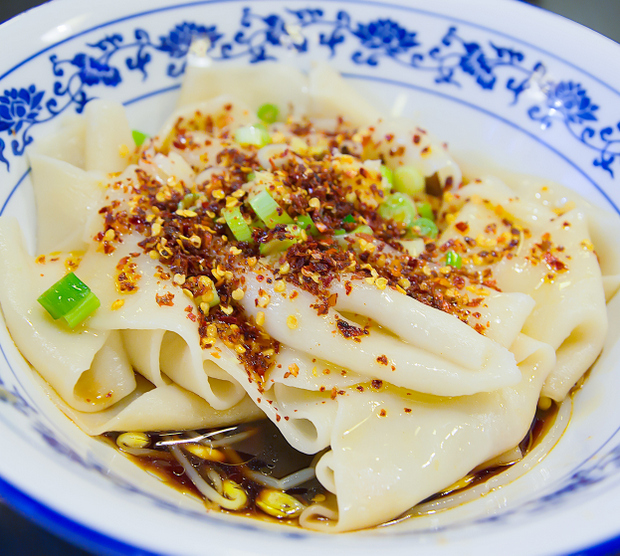 This dish consisted of extra wide noodles tossed in a hot chili sauce. The fresh noodles were very wide and slippery. I would have enjoyed a little more bounce and chew to them, but overall, this was a decent dish and we’d probably get it again. 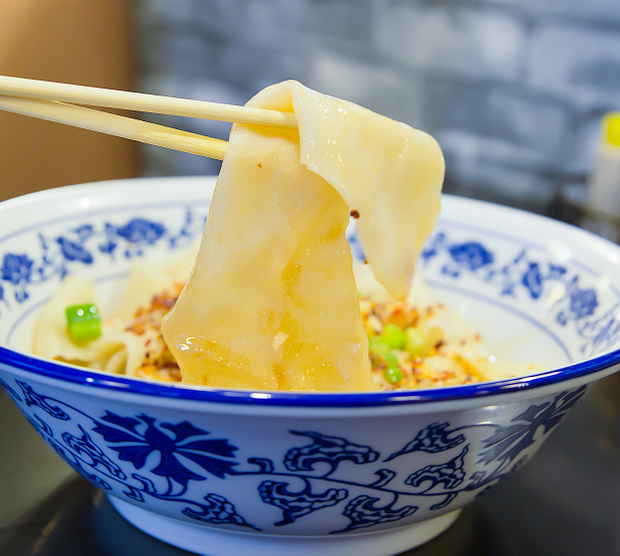 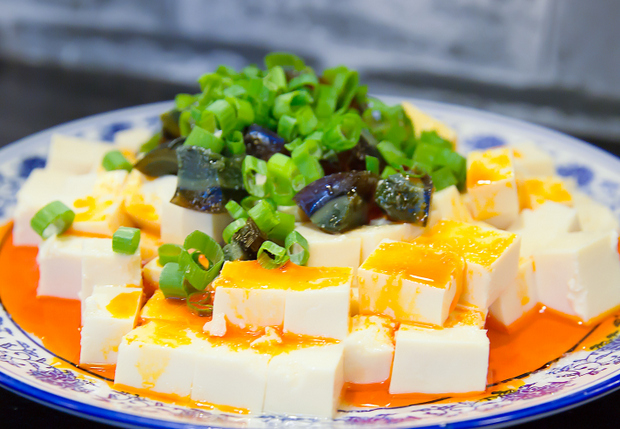 With so many carb-heavy dishes, I wanted to order something a little lighter, so we ordered this dish. The dish was very unevenly salted, with some parts of the plate far too salty and other parts very bland. Mr. K and I were sitting opposite each other which is how we noticed. When I started eating the dish, I commented on how salty it was. Mr. K told me that he thought the opposite–that it was quite bland. We argued back and forth for a few seconds and then decided to turn the plate and realized neither of us were wrong. 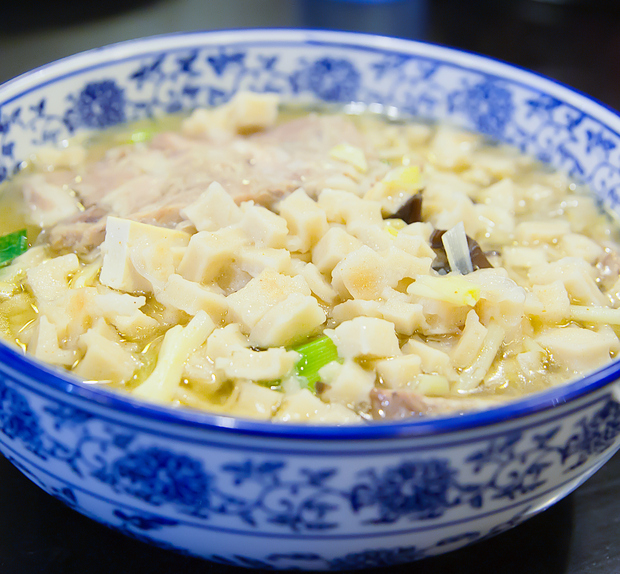 If you have an aversion to gamey meats, this dish really isn’t for you. It’s a rich and heavy mutton dish. It’s usually a little too strong for me, but I couldn’t resist trying it anyway. I can see this being a great dish in the winter, as it really warms you up.

I had planned on ordering some skewers but completely forgot. Oh well, save something for next time! Overall, we had a pretty decent first meal here. The food came out very fast and we were in and out in about an hour. Service could use some work. It was hard to get any attention from the staff outside of ordering and the food being dropped off. We’ll have to come back and check it out again once things have settled in.