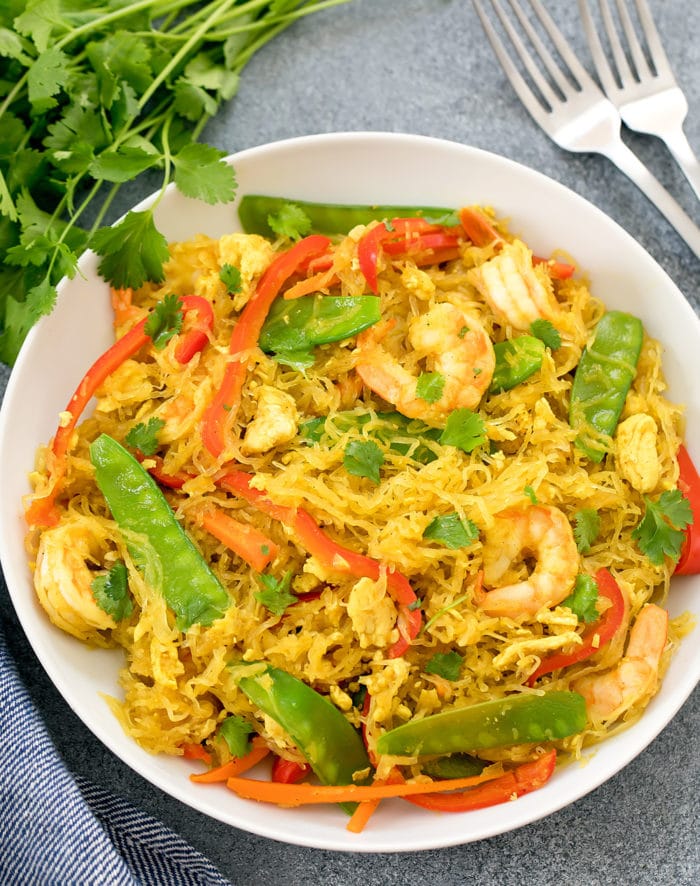 What are Singapore Noodles?

Singapore Noodles is not a dish from Singapore. Instead, the dish is found mainly in Chinese American restaurants. The dish is usually made with rice noodles, protein, vegetables, which are stir-fried in a savory sauce and curry powder. 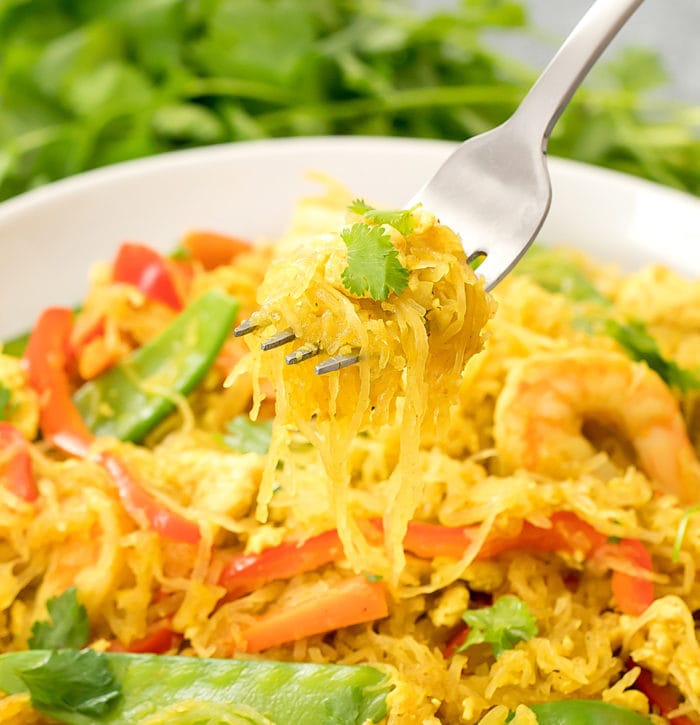 How to Cook Spaghetti Squash

I prefer the Instant Pot method because it is very fast and you don’t have to precut the squash open ahead of time.

How to Cook Singapore Noodles

Usually, Singapore Noodles are served with shrimp and Chinese bbq pork. As I rarely have extra bbq pork just lying around, I usually use a different protein. This dish works well with beef, chicken or tofu.

I make my dish with snow peas, red bell pepper and carrots. However, you can also use other vegetables like bok choy, napa cabbage, green beans, or celery. 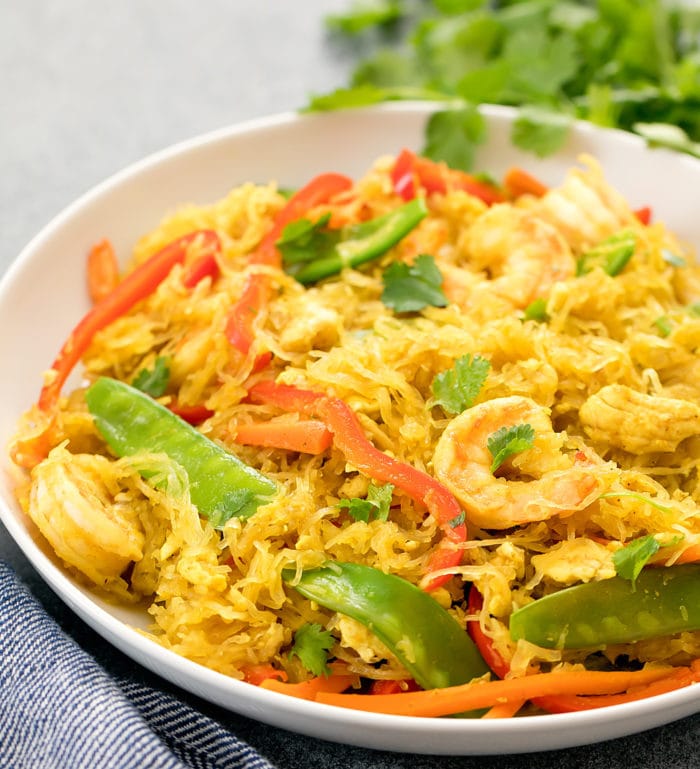 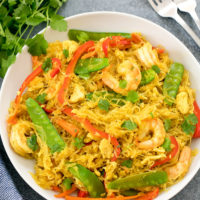 Did you make this recipe?I'd love to see it! Mention @KirbieCravings and tag #kirbiecravings!
Posted in: Low Carb, Main dishes, Recipes
0 Comments // Leave a Comment »