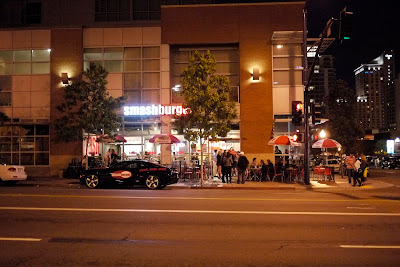 Burgers appear to be the new “it” food for 2011, judging by the expansion of burger chains this year. For example, Five Guys is expected to open two hundred locations in 2011. In addition, I’ve seen the opening of four locations of Smashburgers in San Diego alone over the past year.

Not that I’m complaining. I love burgers.

Recently, a Smashburger location opened up in downtown San Diego. I was invited to a media sneak peek preview where guests got to sample anything on the menu prior to its grand opening, all complimentary.

Smashburger is your classic burger restaurant. The menu consists mainly of burgers, fries, and shakes, with a few other options thrown in the mix like hot dogs, salads, and chili. 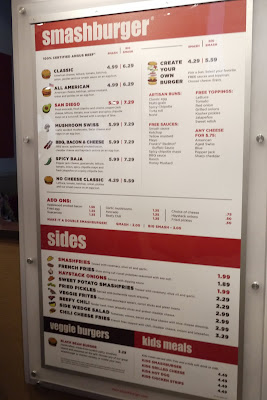 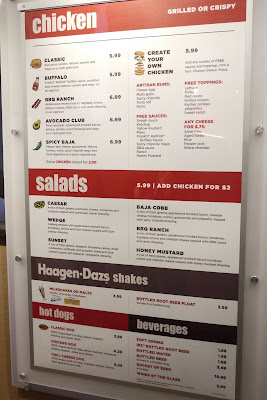 Inside, we were greeted to the familiar menu from visits to other Smashburger locations. As we placed our order at the register, the employees rung up each order and gave us a copy of the receipt so that we could see how much our food would have cost if we were paying customers that evening.

One thing different from some of the previous media invites was that for this one, we were allowed to order their haagen dazs ice cream shakes. For the previous ones we attended, everything on the menu was up for grabs except for the shakes because they were passing around samples of the shakes for people to sample. I was pretty happy with being able to order a full shake to enjoy.

For my burger, I chose the San Diego smashburger, which is my favorite burger on the menu. Served with a chipotle mayo, pepper jack cheese, fresh avocado and fresh cilantro, I really love the combination of toppings and flavors in this burger. 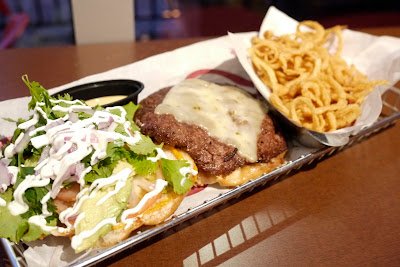 Something I noticed from this burger that I didn’t notice on my previous trips to Smashburger was the bun. According to the menu website, the San Diego is served on a torta roll, while the other burgers are served on an egg bun. The roll was very sturdy and well-made. Definitely not your store-bought flimsy hamburger bun. This is the type of bread bun I’d make at home from scratch.

My burger patty was a nice pink color. The toppings and flavors were great. The burger was not too oily and did not get soggy.

I chose to get the smash fries, which are thin cut fries tossed in rosemary, garlic and olive oil. I absolutely love the smash fries here. It may be my favorite thing on the menu. Burgers and fries go hand in hand so it always puzzles me when burger places serve mediocre fries. During my burger challenge two years ago, I was disappointed by all the forgettable fries that were being offered at our favorite burger spots. 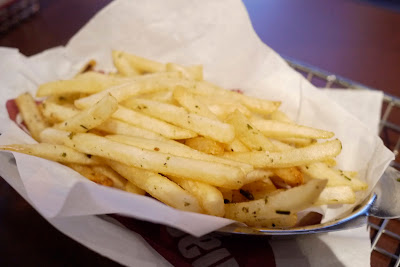 I also noticed that there were onion rings on the menu, which I hadn’t tried before, so I decided to sample them. 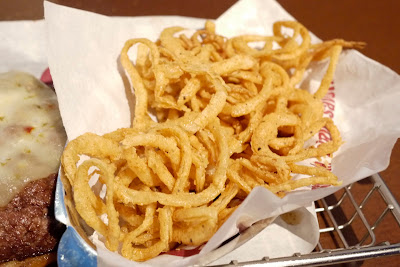 These thin, haystack onion rings reminded me a lot of the canned ones that people use for a Campbell’s green bean casserole. I didn’t particularly love them, but I didn’t hate them either. 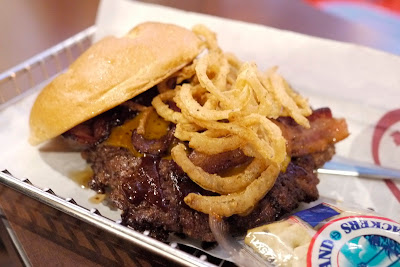 For his side, he chose the chili. He loves that chili is served at Smashburger and is always talking about it. I think the chili is pretty average and nothing to rave about, but FH is a fan. 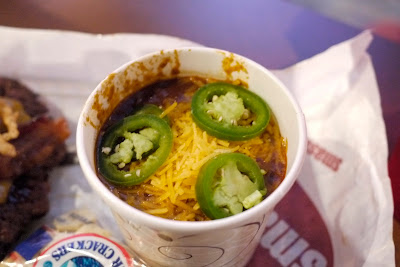 Finally, our shakes. Each one came in a tall glass, with a silver shaker with the excess drink.

FH ordered the oreo shake. It was a little on the runny side, but enjoyable. 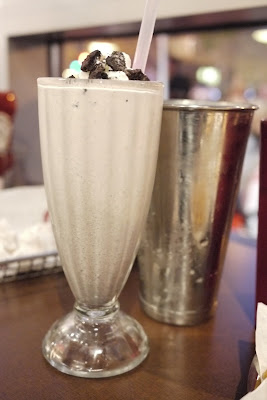 I ordered the vanilla shake. I could definitely taste the creamy haagen dazs ice cream. 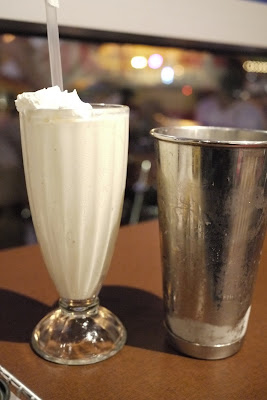 I love that shakes are  on the menu. One of the things I found so surprising when I first went to Five Guys is that there are no shakes on the menu. A burger place without shakes? Not cool.

Anyhow, we had a good experience during the media sneak peek. We’ll have to revisit soon now that it is officially open and see if the food is still as great as during the preview party.

Posted in: American, Restaurants by Location
9 Comments // Leave a Comment »