I remember last year when I was begging for snowflake shaved ice to come to San Diego. Now it seems like every Asian restaurant and cafe is attempting their version of it.

We recently stopped in at E & Drink. I had wanted to try their new brick toast and it was a very warm day so I wanted to finally try their mango shaved ice, which I always see advertised when I am passing by. Well when we got there, I spotted a sign for snow ice and knew I had to try that over the regular shaved ice. 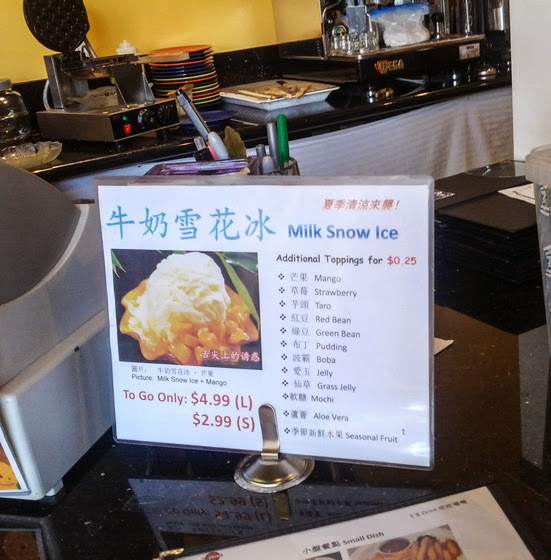 It’s a new enough item that it wasn’t on their menu. There was only a sign for the to-go order. When we sat down, we tried to order the Dynasty Brick Toast but was told they don’t yet have it. I then asked if we could order the snow ice and was told that we could order it. 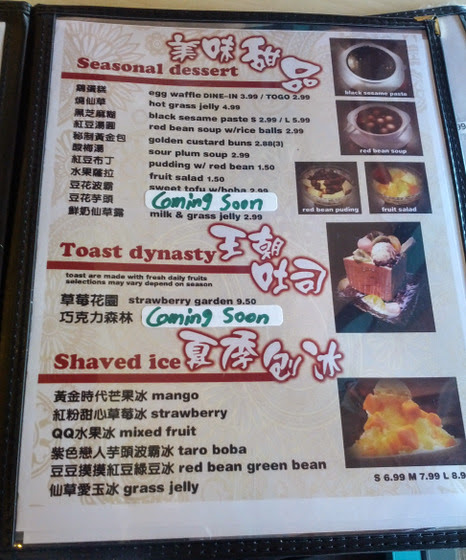 Since it wasn’t on the menu yet, the waitress actually brought over the to-go sign so I could choose my toppings. The prices are a bit more expensive for the sit-down order, but then I think it’s also probably a bigger quantity and it’s displayed in a large boat-shaped dish. 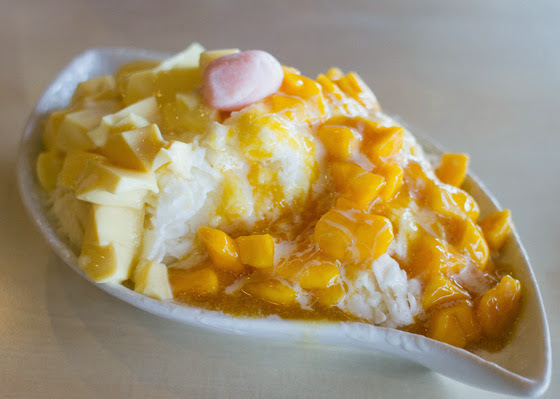 At first glance, this looked promising. I could see ribboned layers peeking out from underneath all of the mango and pudding. Once we dug in though, I was immediately disappointed. The snow ice broke up into chunks and spooning it was like spooning cereal, which is never a good sign. The snow ice was extremely icy, maybe one of the worst we’ve had in San Diego. We did however really enjoy the pudding and the mangoes. I ended up eating mainly the toppings and leaving the ice. 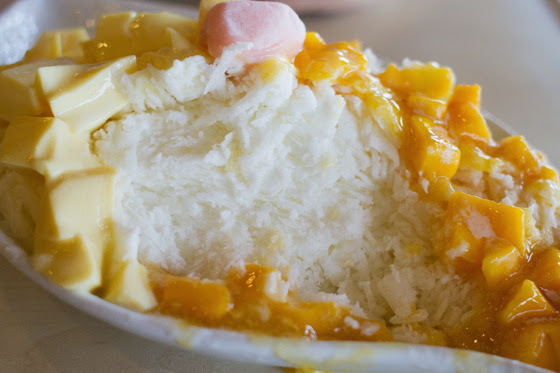 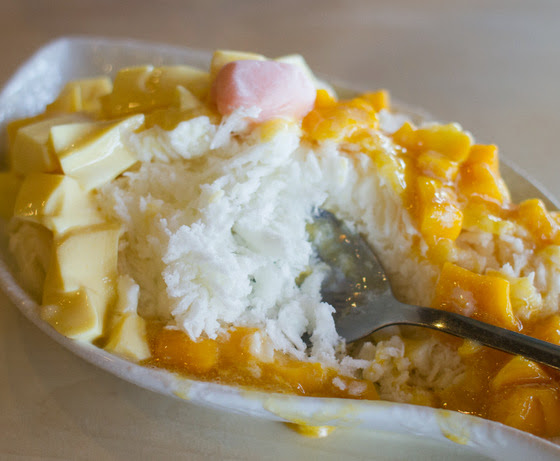 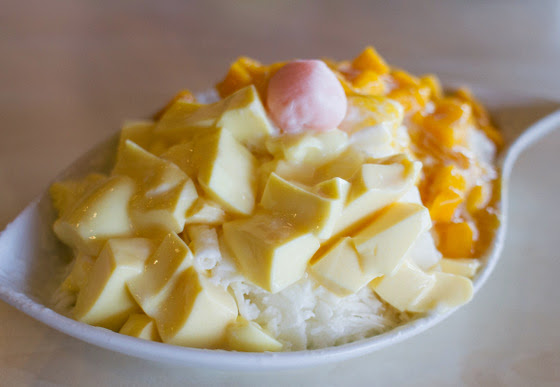 Next time we might try the regular mango shaved ice, especially since we enjoyed the mango and mango syrup so much. Hopefully they will have debuted the brick toast by our next visit. Here’s another ad for the regular shaved ice: 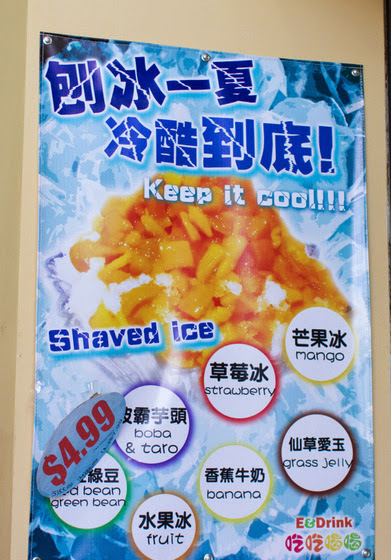 While we were leaving, we watched two old men fighting over a parking spot. It got so heated that they both got out of the car and things started to get physical! One tried to hit the other with his walking cane, but luckily the other guy wrestled it out from him. It was very hot that day and it looked like the heat got to them. I was looking around for the security that is usually at Ranch 99 but of course they were nowhere to be found. The fight got a lot of attention from customers and eventually one of the old men drove off.