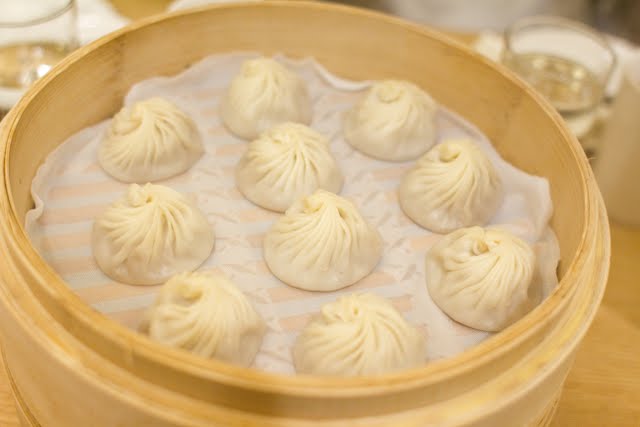 Soup dumplings (called Xiao Long Bao) are quite popular in Taiwan. Thin skinned dumplings are filled with pork and steamed. When they are steamed, they produce a lot of broth, causing a juicy morsel when you bite in. People who visit Taiwan love to visit the famous Din Tai Fung chain which is known for their soup dumplings. The chain has expanded across Asia and also has two locations in the US (Los Angeles and Seattle).

While the Din Tai Fung locations have a line out the door, they are mostly crowded with tourists, especially from Japan. Most Taiwanese people find Din Tai Fung to be overpriced and overrated, especially with so many other places produce XLB for cheaper.

On this trip we went to two locations: Su Hung Restaurant and Din Tai Fung. 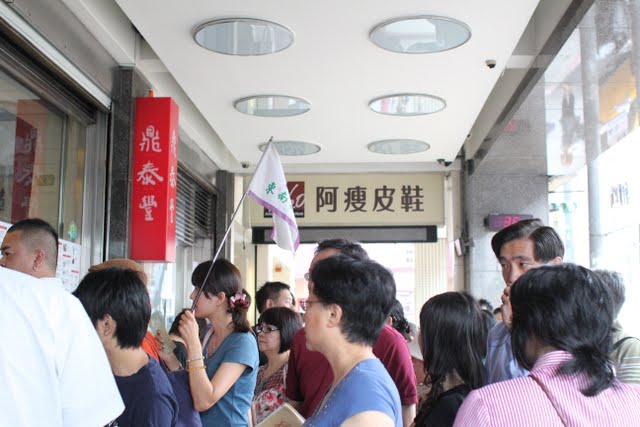 We had considered not visiting Din Tai Fung, but it’s been a tradition to go every time we visit. We love the soup dumplings, but that’s about the only thing we like there. I feel like the dumplings are a little overpriced and I don’t like the wait, but they are pretty good dumplings.

DTF is known for maintaining quality control at all their locations. You can watch the chefs making the dumplings and it’s a very precise process, including weighing each dumpling and have an exact number of pleats. 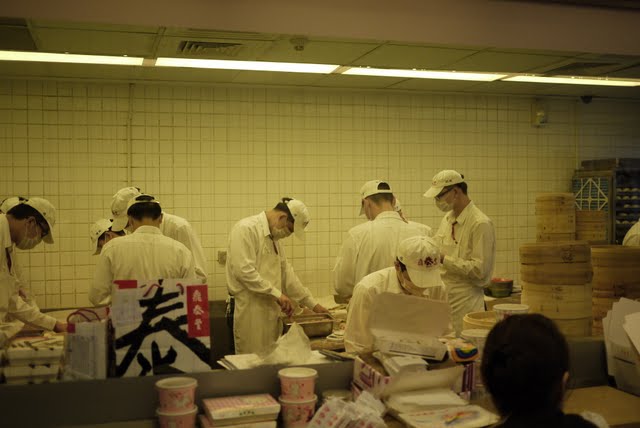 There are several locations in Taiwan, and we usually go to the newer ones which tend to be even more crowded. It so happened that we were in the neighborhood of the original location, so we decided to check it out. 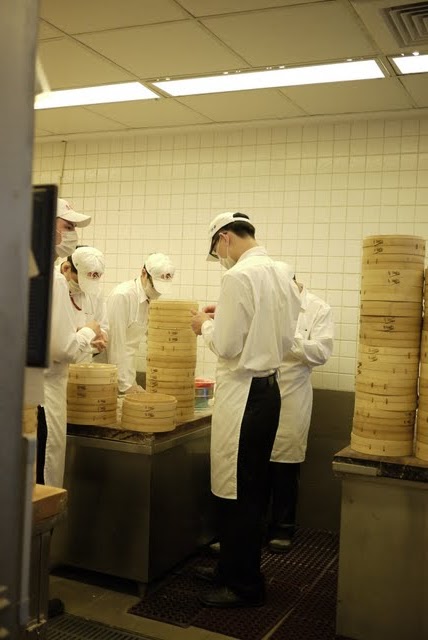 Here is their adorable mascot. 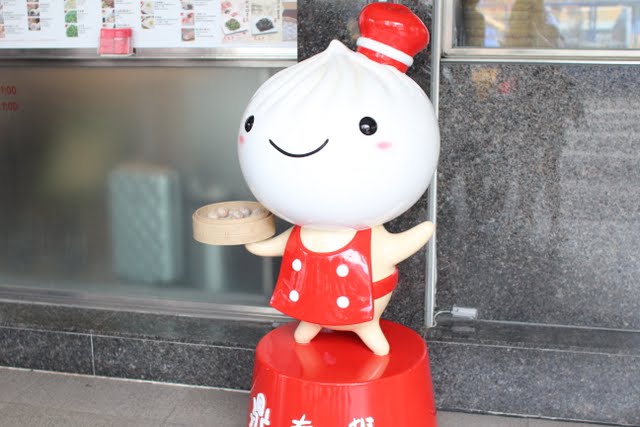 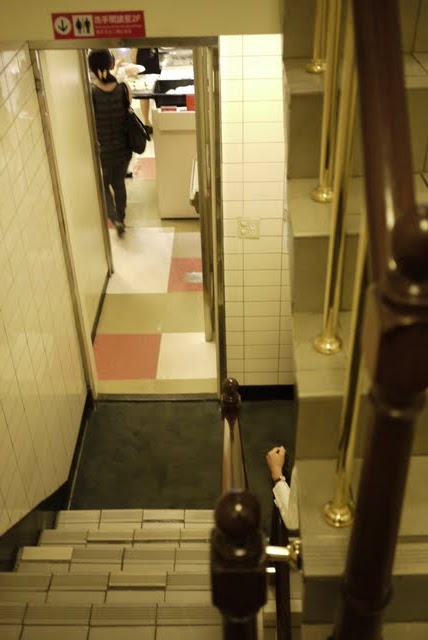 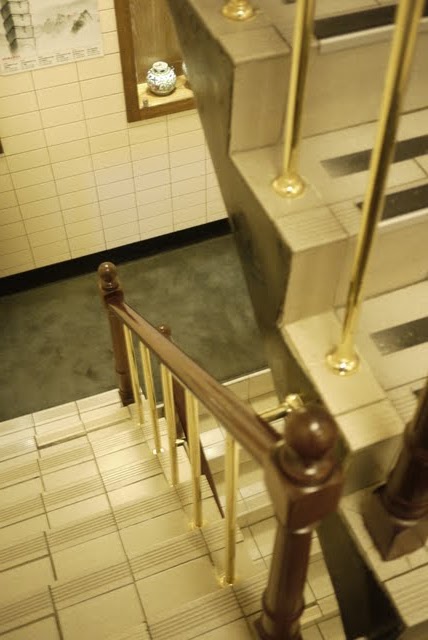 Another notable practice at DTF are these handbag carriers. Each table has this basket where people can put their handbags. It is then covered and tucked safely underneath the table. 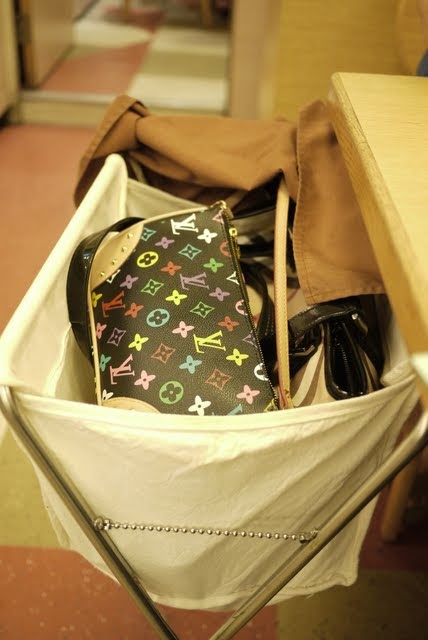 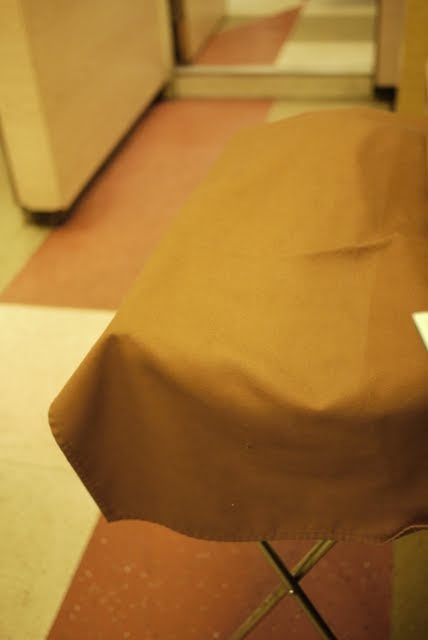 Like I mentioned before, while DTF makes quite a few dishes, the only thing we really love are the pork soup dumplings. So we ordered a few baskets of them. 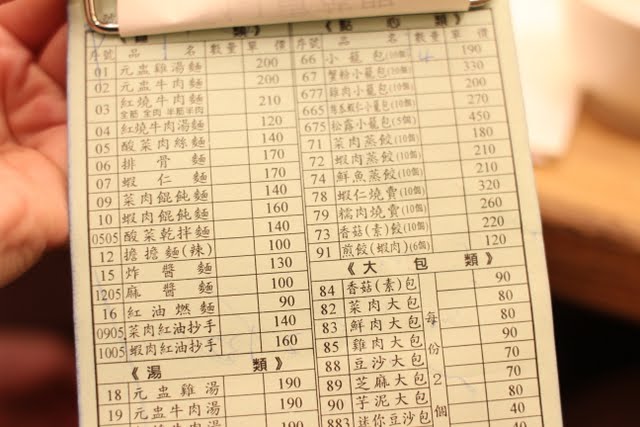 A bamboo steamer has 10 dumplings for about $6.55 (190NT; 29 taiwanese dollars= 1 U.S. dollar). The dumpling skins here are ridiculously thin, and what is amazing is their elasticity and durability. Pork soup dumplings break easily and a lot of other restaurants have a hard time producing ones that don’t break and usually end up making their skins thicker to compensate. The dumplings here always arrive broken-free, and I don’t ever have a problem picking them up without them breaking either. 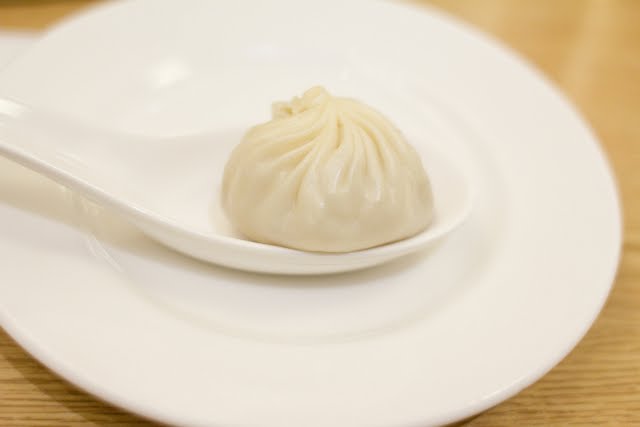 These dumplings are fresh, never frozen. It’s traditionally eaten dipped with some vinegar sauce mixed with fresh ginger slices, which also cools down the dumplings a little. You want to be careful that your dumpling is cool enough before you bite in, or else the liquid inside will burn your tongue. 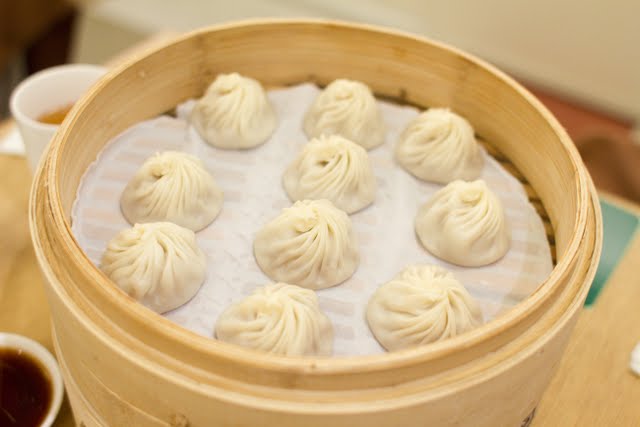 We also ordered the fried rice with pork chops, which we also enjoy. 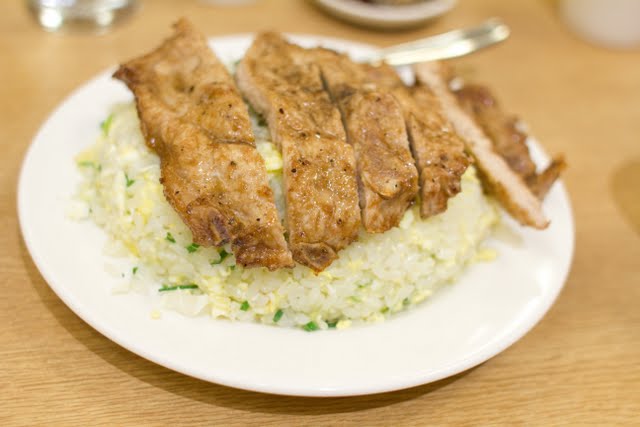 The dumplings were still good, though we didn’t particularly like this original old location. The service was a little scattered and my mom didn’t appreciate the narrow staircase. 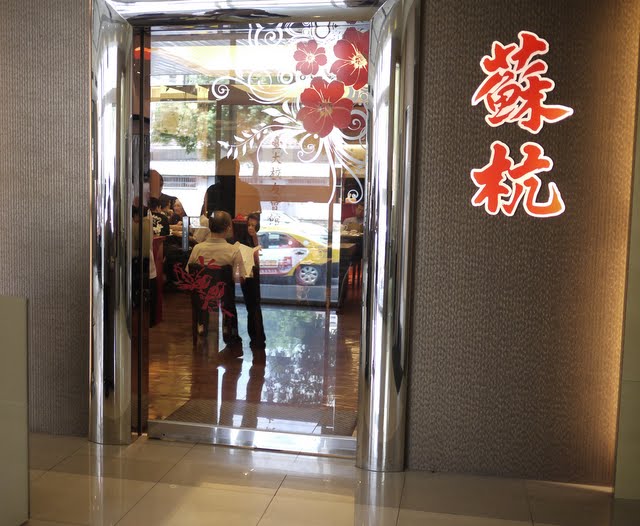 When my mom told her friend we planned on going to DTF, she told us to go to Su Hung Restaurant instead. She said it was better at cheaper.

When we arrived, I was surprised at how nice the restaurant was. Would this place really be cheaper than DTF? 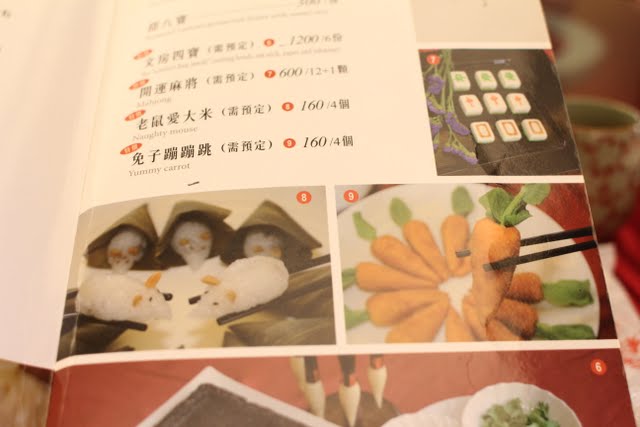 While the majority of the menu wasn’t that cheap, for some reason all the dumplings were 50% off, making a steamer of eight dumplings about $3 (180 NT + 50% off).

We ordered some dumplings with a squash filling. The squash filling is quite popular in Taiwan. I was a little disappointed with the version here. 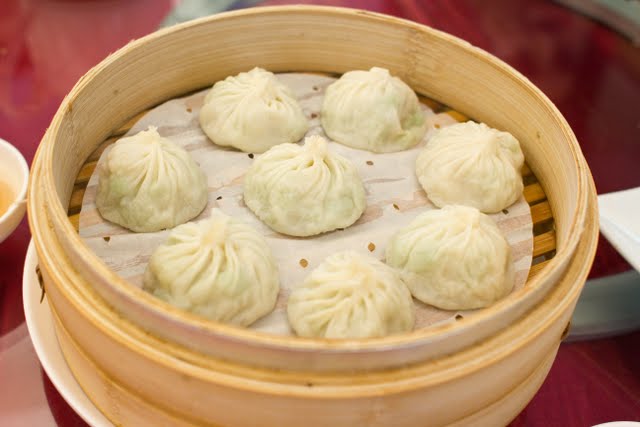 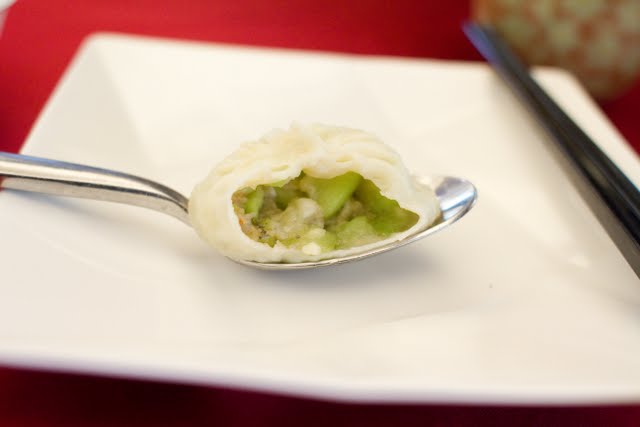 Next came the soup dumplings. The skin was thin (A key for XLB. A lot of places can’t get the skin to be thin without it breaking.) The filling inside was tasty and full of broth. I had to admit, it did rival the XLB of Din Tai Fung. Plus they are cheaper here, and there isn’t a long wait. 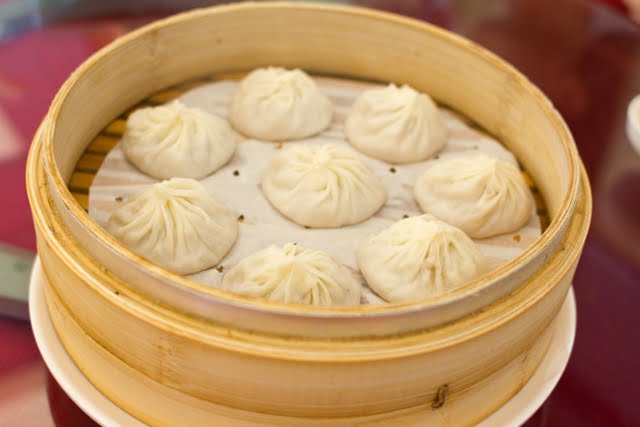 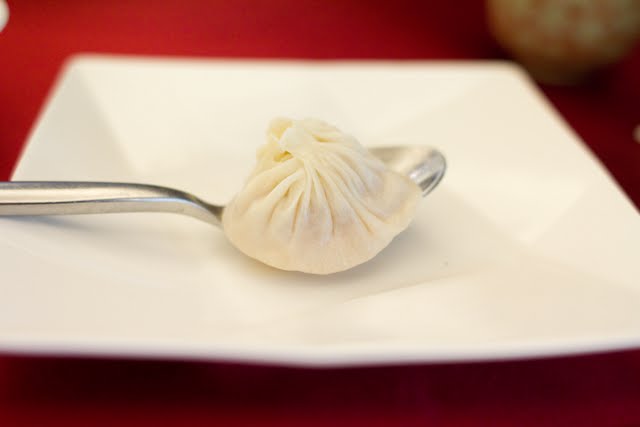 We also ordered the layered scallion pancake. This was alright.A little too oily in my opinion. 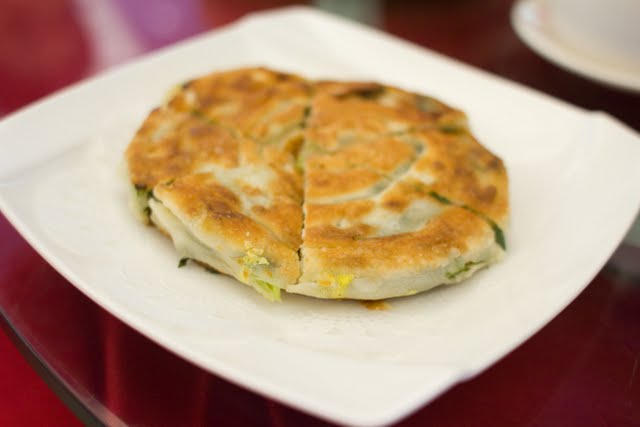 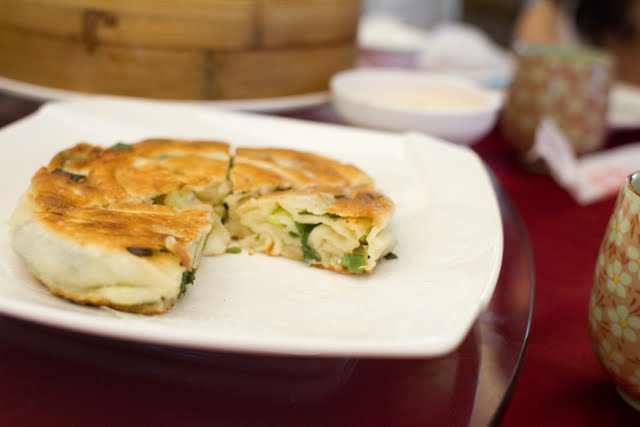 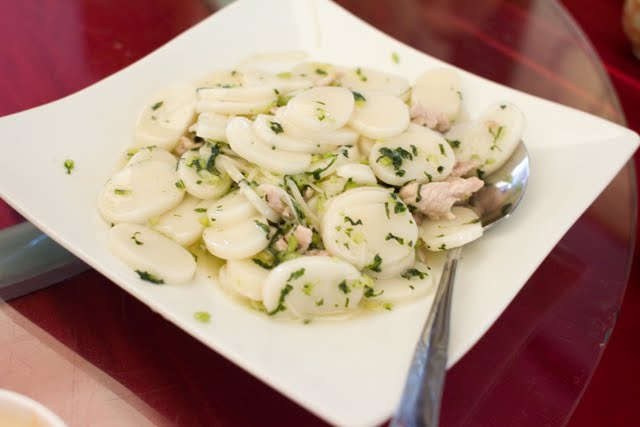 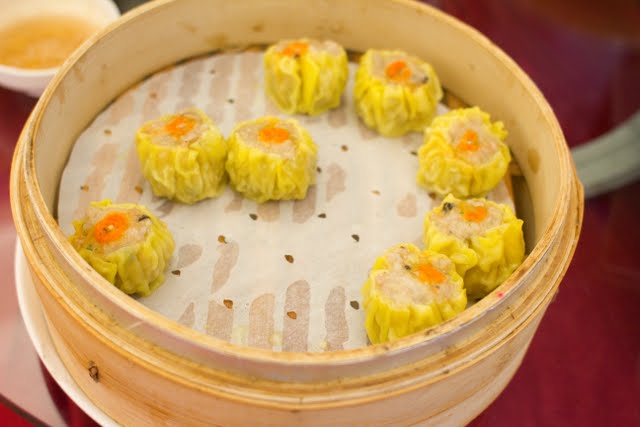 We left pretty happy and very impressed with the dumplings. I definitely recommend coming here for the steamed dumplings if you are in Taiwan and want an alternative to DTF.