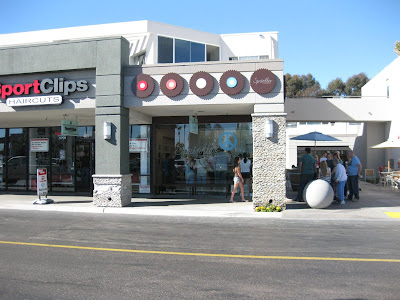 There’s a lot of cupcake bakeries that have popped up in the last few years, but Sprinkles has the distinction of being the very first cupcake bakery that launched the cupcake craze.

Since I have a such a sweet tooth, I’ve wanted to try Sprinkles for a long time, but with no locations nearby, I haven’t had a chance. When Sprinkles announced over the summer that they were opening up a store in San Diego, I was beyond ecstatic. I stalked followed the process quite closely. After some delays, they finally announced a firm opening date: January 13th. 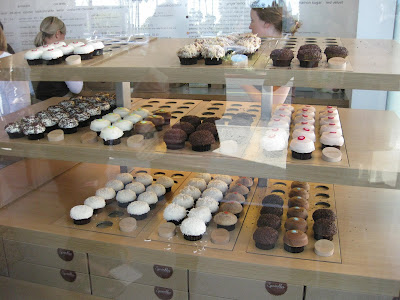 I didn’t go to the opening day, but I heard it was crazy. There were more than a hundred people in line before the store opened at 9 am. Since then, the lines have been steady. 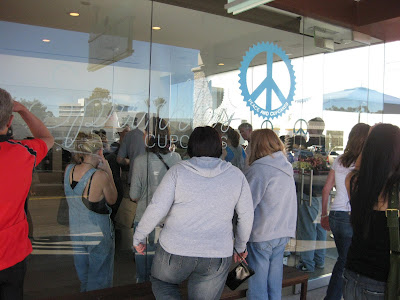 This weekend, BF agreed to pick me up some cupcakes. I gave him a list of four I wanted to try. But he came back with 10! What a sweetheart. I think he realized how long I have been waiting for Sprinkles to open, but 10 was more than even gluttonous me could have wished for.

The first one I had to try of course was the red velvet, which is their most popular flavor and one of my favorite cupcake flavors. The cupcake was very tender and moist with a perfect balance of red velvet flavors. I did find that the frosting was far too sweet. I’m not a big fan of frosting to begin with, and the cream cheese frosting was definitely on the high end of the sweet scale as frostings go. I wish the cupcake had more cake and a less frosting. 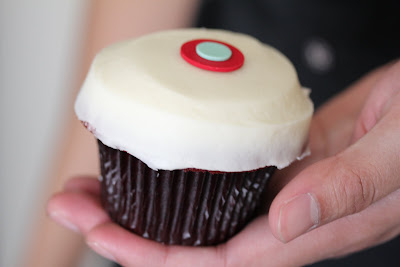 Next I sampled the coconut. The coconut was not quite as tender as the red velvet, but was still pretty soft. The coconut flavor was light and blended with vanilla. I liked that it didn’t taste heavy of coconut extract. Again, I found the frosting to be too sweet and scraped most of it off. 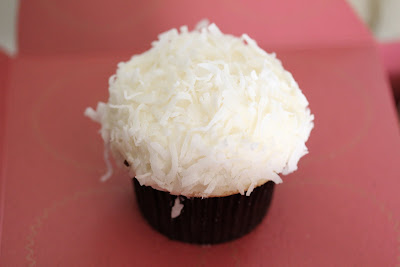 Next I sampled the dark chocolate with chocolate frosting. This cake was very tender and moist as well, just like the red velvet. The chocolate flavor wasn’t too intense, but it was still tasty. The frosting contained bittersweet chocolate, so it wasn’t as sweet as the other frostings. 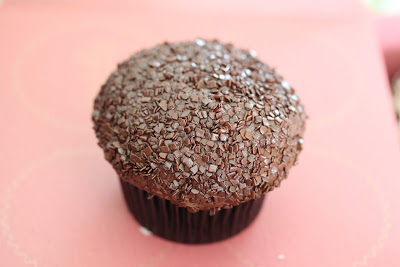 The german chocolate is their current new flavor, available for a limited time only. It is a chocolate cupcake topped with a sticky frosting of caramel, pecans and coconut. I found the frosting much too sweet and while it is reminiscent of a german chocolate cake, I also didn’t like how messy this one was to eat. 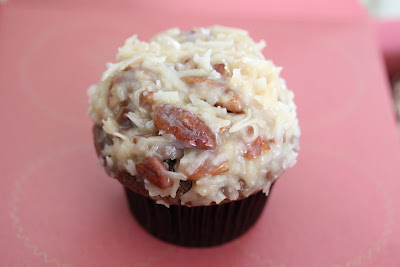 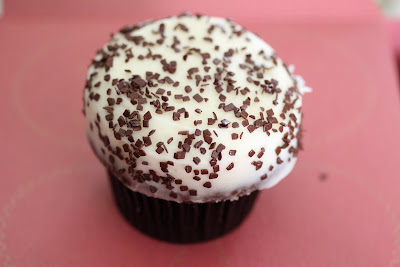 The other cupcakes were doubles of these five. As BF explained it, that way I could eat some right away and photo some later, which I thought was a very considerate gesture.

There were other flavors available that day as well we didn’t try. Sprinkles offers quite a few flavors, some which are staples every day and some which are only offered on certain days. You can view their calendar of flavors online.

Beginning Monday January 17th, you can also preorder online, which will hopefully cut out the long wait time.

So did the cupcakes live up to the hype? I feel kind of torn. On the positive, I really enjoy their cupcakes. Each was is moist and tender with a great flavor. They might not be the best thing I’ve ever tasted, but the cupcakes are pretty good. However, I definitely would not wait an hour in line for these cupcakes. Also at $3.50 a pop, I think these are a bit pricey (but to be fair $3.50 is about average for what other places charge for cupcakes as well).

I recently sampled the Sprinkles red velvet mix, and it tasted just like the cupcake I got from the bakery. So it is cheaper to just buy the mix ($14 for a can which makes about one dozen, which is pricey but cheaper than getting a dozen cupcakes from the bakery) and make my own, and in the future I’m probably going to be doing that a lot. The mix is available at their store and also at William Sonoma. However, if I’m in the area, or in the mood for just a single cupcake, and there is no long wait, I’d definitely come back and get one of these as a sweet treat. 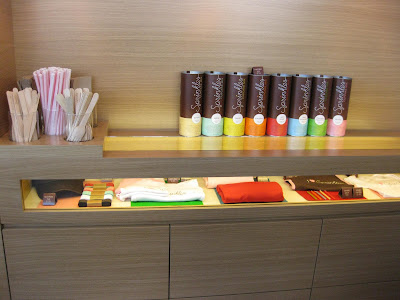 I’ll definitely be back to try the other flavors, though next time I plan on trying preordering online.