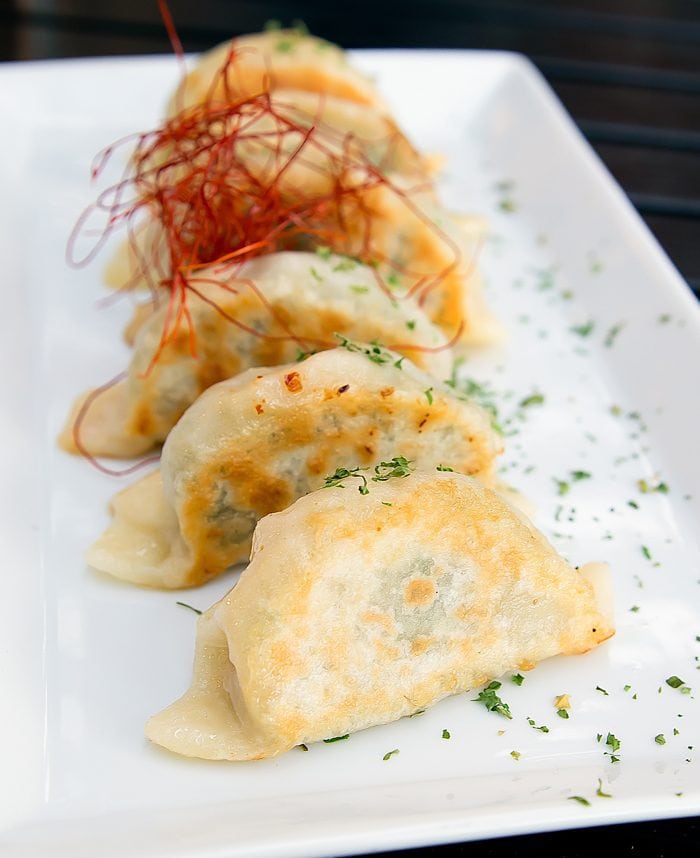 We’ve been watching the progress of Steamy Piggy for the last few months. This past weekend we noticed they were now open and decided to stop in to check things out. 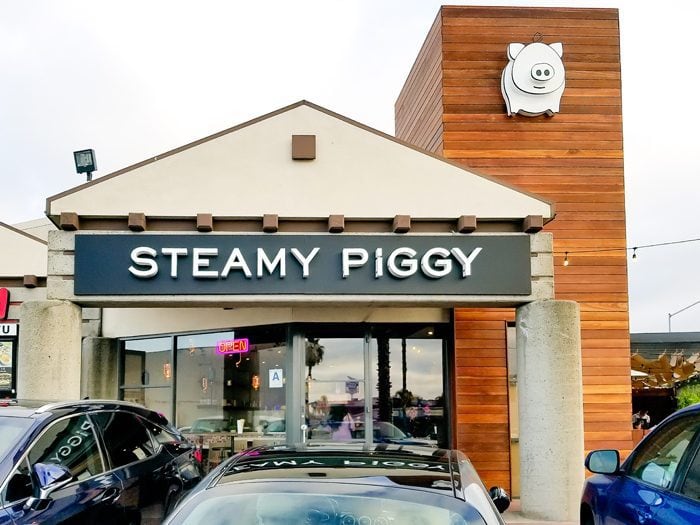 When you walk in, you’ll immediately see fresh dumplings being made at the counter. The seating is a mix of tables, couches, and an outdoor patio section. 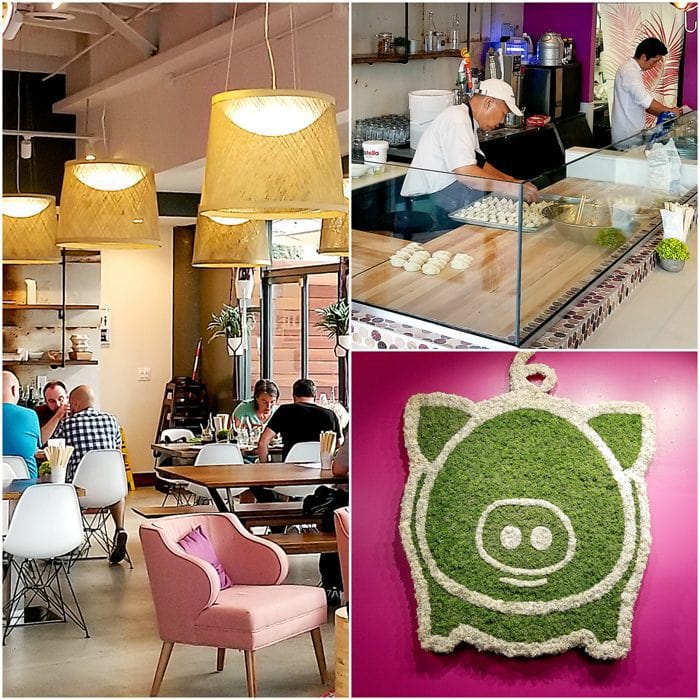 The menu is limited since it is soft opening.

We ordered their two most popular dumpling dishes. There was no indication on the menu whether the dumplings are boiled or pan fried, but it appears they are all pan fried. 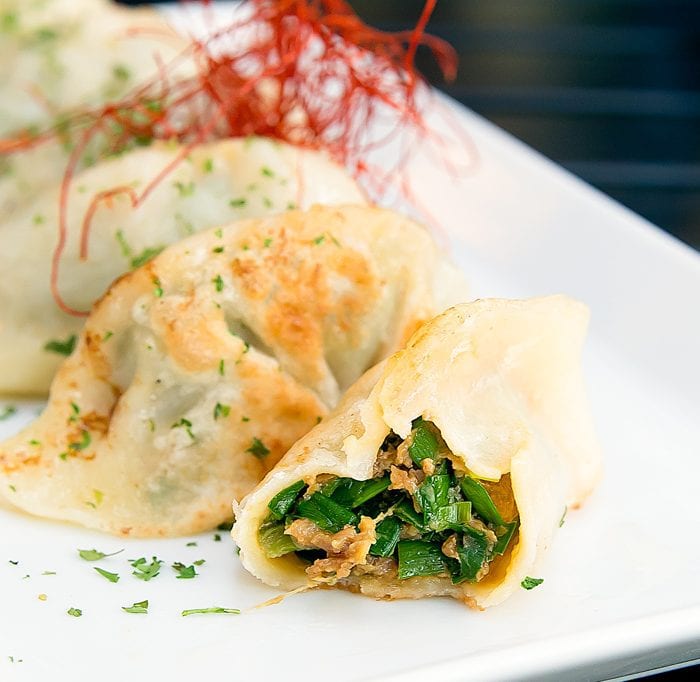 I really enjoyed the chive and pork filling. The filling was flavorful, contained a good amount of chives, and meat juices flowed out when I bit into the dumpling. They tasted very much like the homemade dumplings I grew up eating. 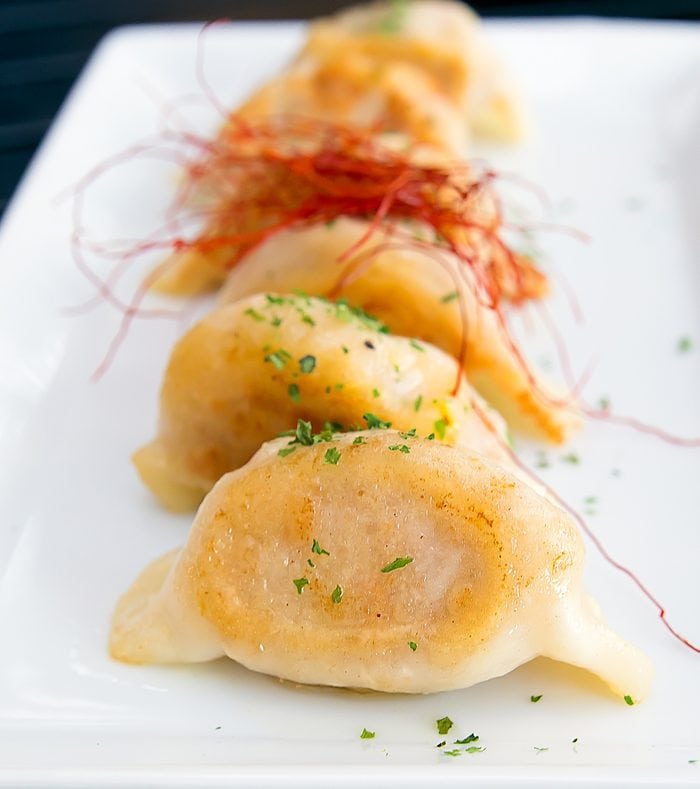 This is definitely a little more unique for a dumpling filling. I found it to be a little on the dry side and the curry flavor didn’t really suit my tastes, but Mr. K enjoyed them. 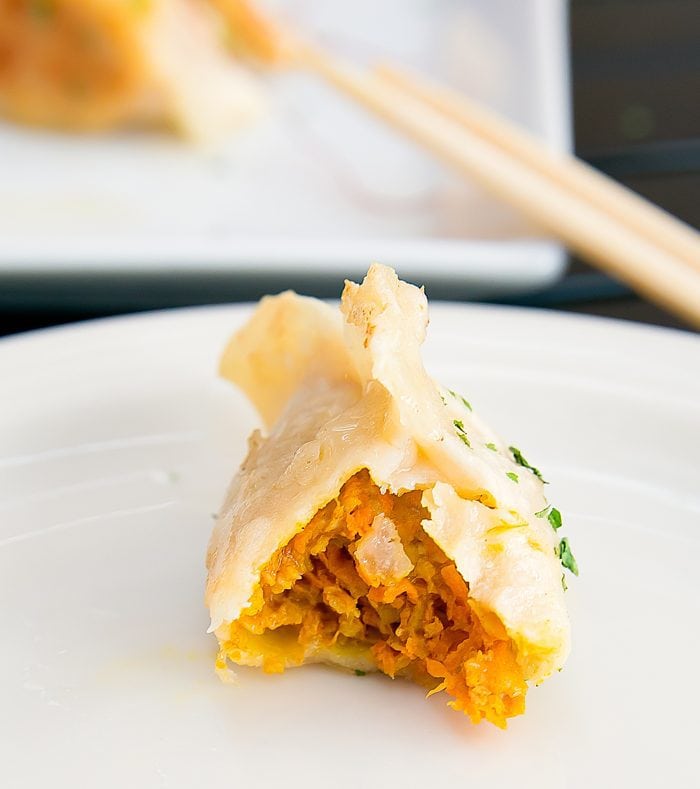 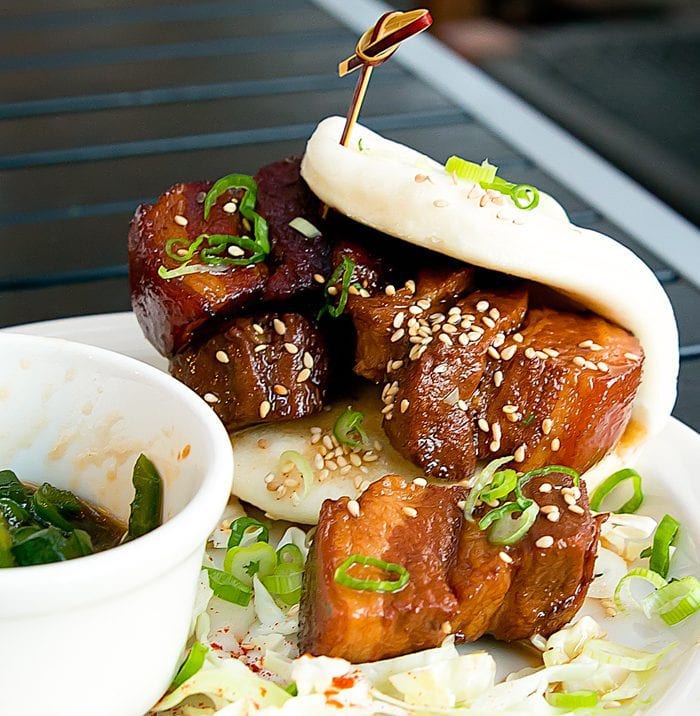 This is their take on the pork belly bun. Though there is only one per order, this was one very large pork bun that needed to be picked up with both hands. The bun was stuffed with large pieces of braised pork belly, accompanied with a pepper relish.

This was my favorite thing we ate during our meal. Pork belly buns have become quite popular these last few years. Most of the pork belly buns I’ve had at restaurants serve thick slices from the fattier portion of the pork belly. I personally don’t like eating all the fat, so I like that Steamy Piggy’s version uses leaner pieces of pork belly that are still very tender and flavorful. 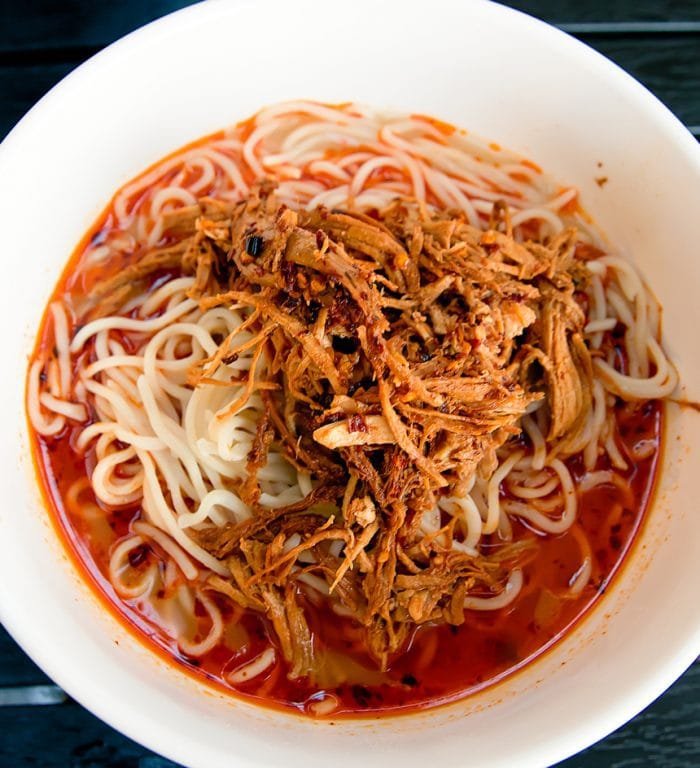 Topped with shredded chicken, this noodle dish is mixed with a spicy, numbing Szechuan chili oil sauce and vinegar.

I found it to be a bit too oily for me and missed the ground pork that’s usually mixed in instead of chicken. 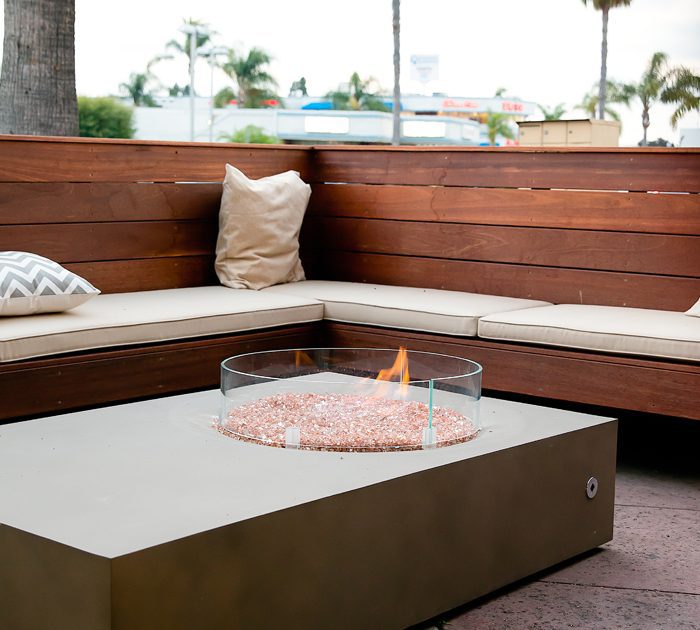 Overall, we had a promising first visit. We did enjoy the chive dumplings and I really liked the Piggy Bao. Much of the food we had tasted like the food I grew up eating, so I’m looking forward to trying out more menu items. The prices are a little high, but they are trying to make nearly everything from scratch and source high quality ingredients. There were some service issues, but I think that is to be expected during soft opening. The staff was very nice and I hope they’ll be able to iron out the kinks soon. We’ll return again after the restaurant has settled in. 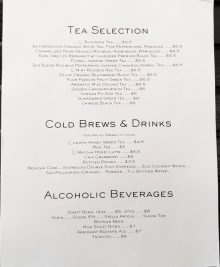 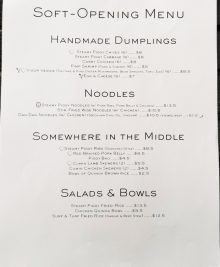 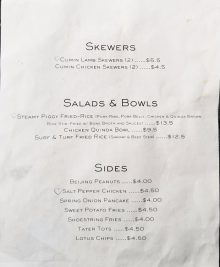