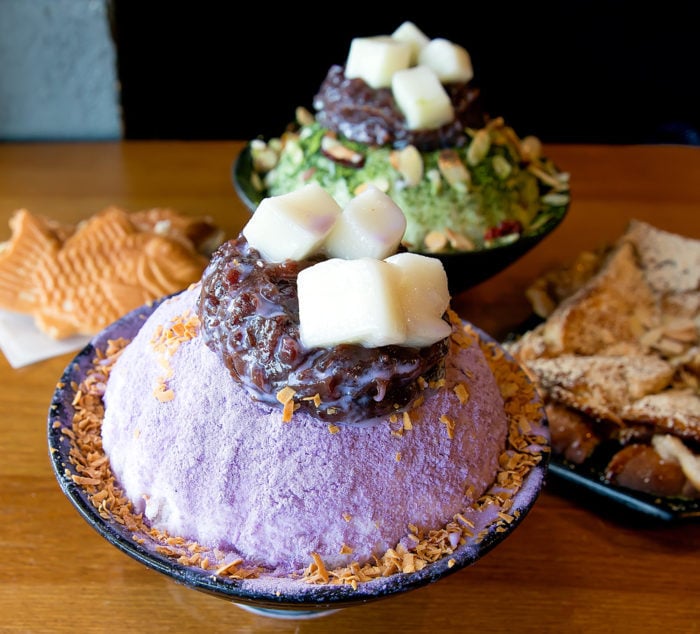 The cafe occupies the former Caffe Bene, sharing the space with Somi Somi. 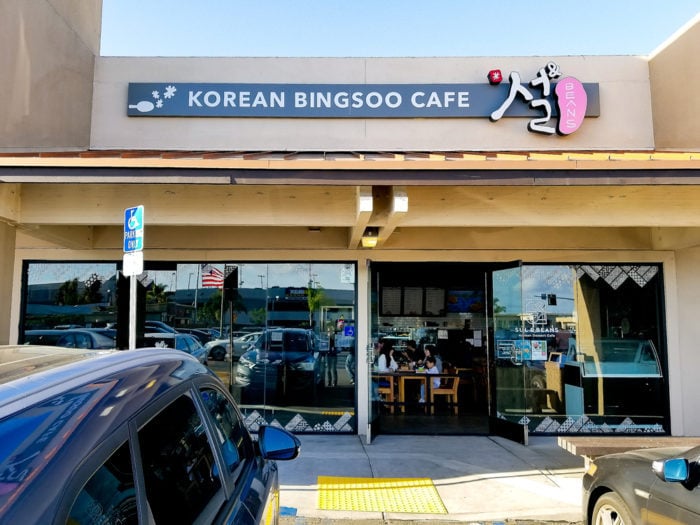 Like many other Korean cafes, there are sample display models of the various dessert offerings. 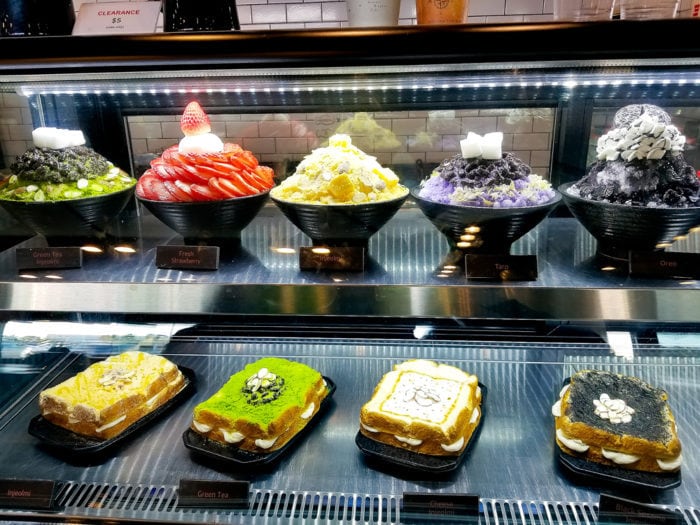 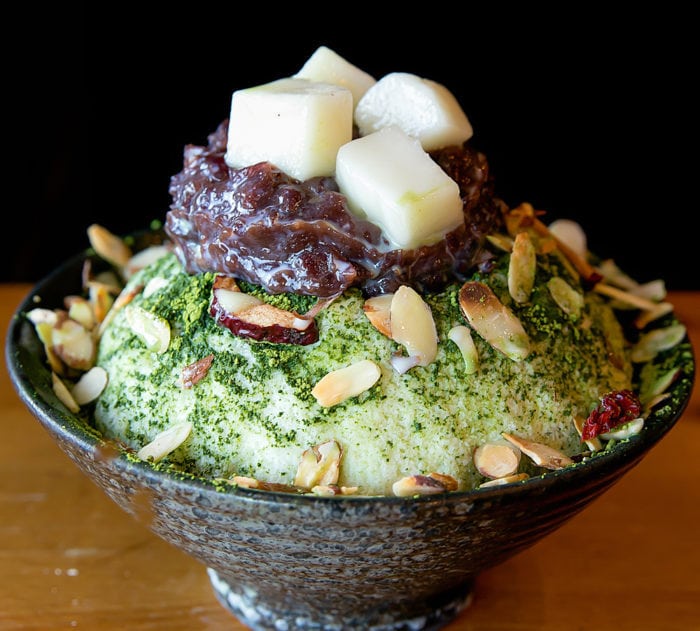 The ice is very finely shaven and has a soft, snow-like texture. I like that they’ve added milk to the ice, creating a much creamier consistency. 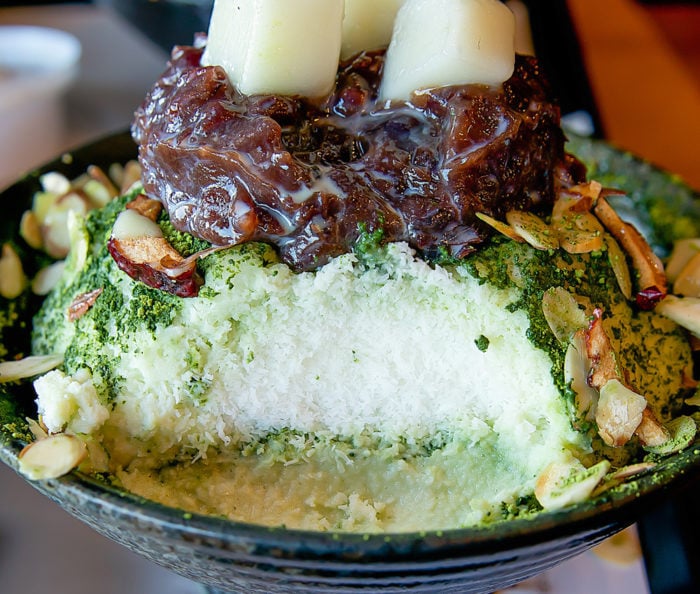 The ice is also lightly sweetened, but not overwhelmingly so. It’s topped with matcha powder, Korean mochi rice cakes, almonds and sweetened red beans. We really enjoyed the flavors and texture of this ice. 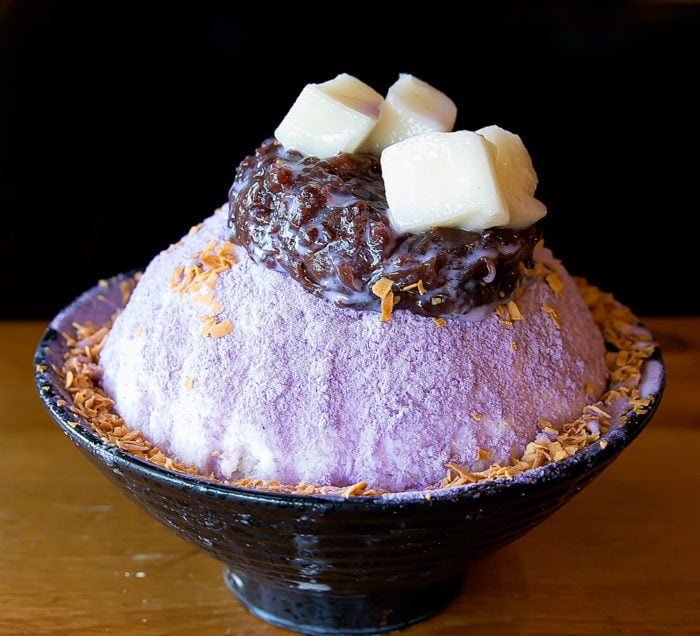 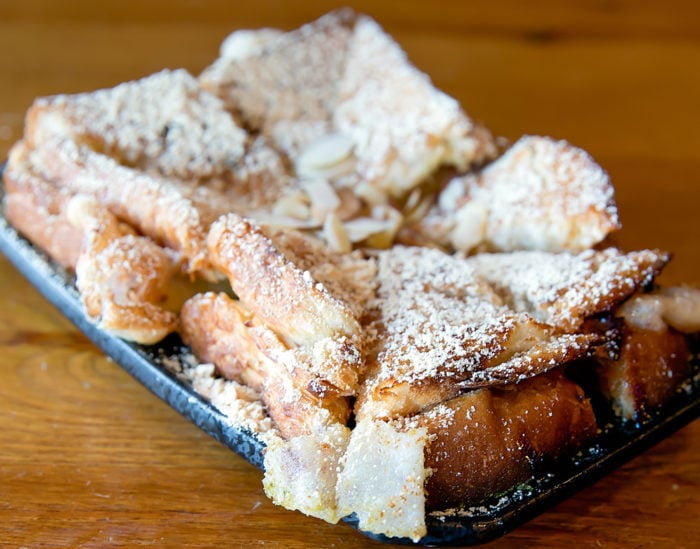 They also offer various version of Injeolmi Toast. The dessert toast has Korean rice cakes (Injeolmi) sandwiched between two pieces of sweetened toast dusted with misugaru, roasted multi-grain powder. The version we had also had cheese, giving some savory notes to the dish. It’s a very simple toast but there is something very pleasing and enjoyable about it. 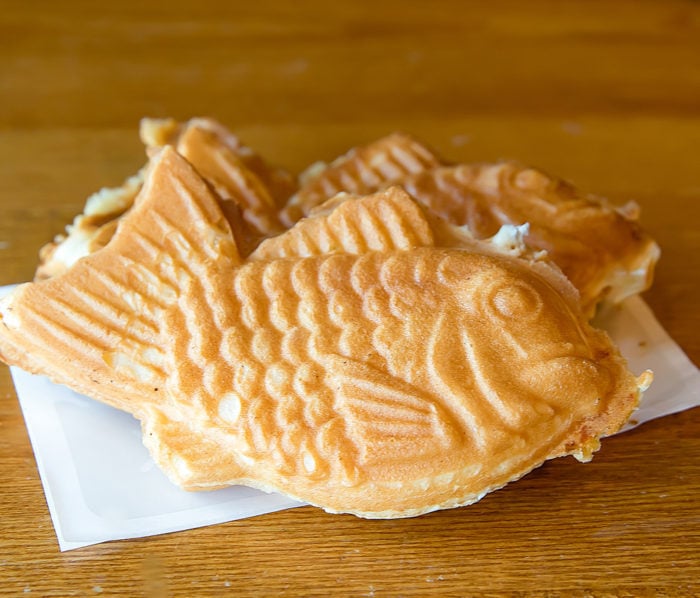 They also serve boong uh bbang, which are fish shaped pancakes/waffles filled with either custard, Nutella, cheese, or red beans. We got cheese and custard.

Overall, we quite enjoyed our visit here. I’ve been in search of good Korean shaved ice in San Diego and am finally glad to have found some. They have so many toasts and shaved ice flavors to choose from, so I’m excited to make my way through their menu. We will definitely be back soon.