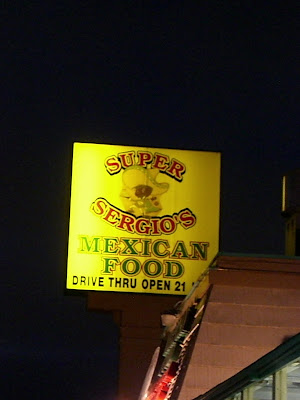 During my weekend of moving hell, I didn’t have much time to eat. One night, we took a break to eat and wanted something fast. I had a sudden craving for Mexican food. After some not so great adventurous tries at new spots, I decided to not try out something new and stick to something I had tried before.

My first visit to Super Sergio had been alright. Not great, but good enough to go back again. Plus, I had recommendations to try the California burrito. So off we went to Super Sergio for a quick bite.

This time I made sure to order the California burrito. I also ordered three rolled tacos. BF decided to try the chimichanga.

We had to wait a slight bit longer for our food, but when it came out, it was piping hot. Everything tasted great this time. I think it was a combination of our order just being made, the things we ordered, and the fact that we had spent several hours moving and were hungry.

The California burrito had everything I liked. It had nicely marinated carne asada, french fries which were still crunchy, salsa. I loved it. 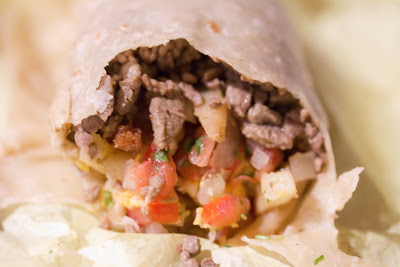 The rolled tacos were crunchy and tasty too. 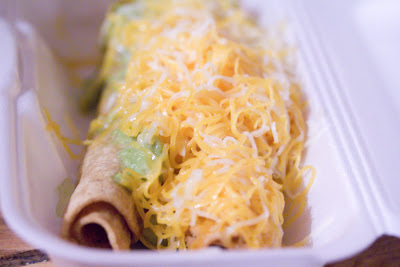 BF’s chimichanga was good too. The shredded pork had good flavor. 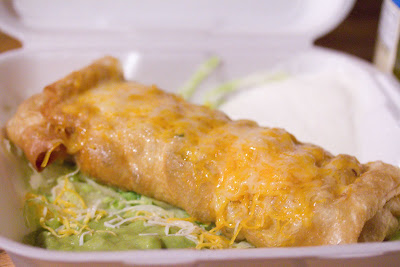 There’s still a few other Mexican shops I want to check out, but Super Sergio is definitely on my list of late night Mexican spots now.