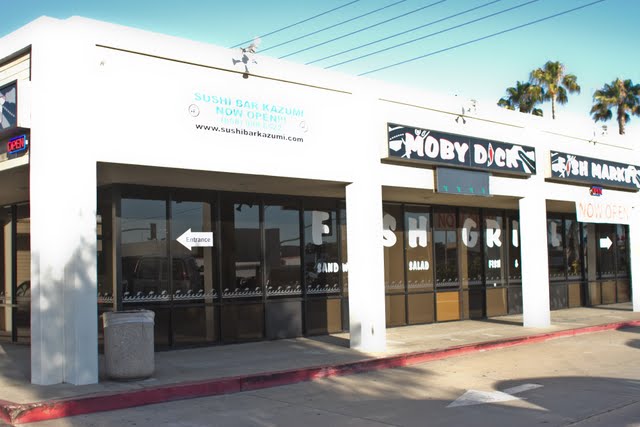 Sushi Bar Kazumi recently opened inside the new Moby Dick Fish Market. I was alerted to the opening through mmm-yoso’s post. When I showed FH all the recent restaurant openings on Convoy, he immediately wanted to try the sushi bar.

Sushi Bar Kazumi actually was formerly operating in Hillcrest for more than a decade and Chef Kazumi has quite a following of fans who were quite upset when he closed down. We never had a chance to try Sushi Bar Kazumi while it was in Hillcrest, so this was our first experience.

We were a little confused by the set-up when we went in. Most of the shop consists of the fish market, which sells fresh sushi fish and also offers a full kitchen menu. To one corner is the sushi bar, which seats about eight people. They take reservations, so if you want to ensure seating you should make reservations before you come. 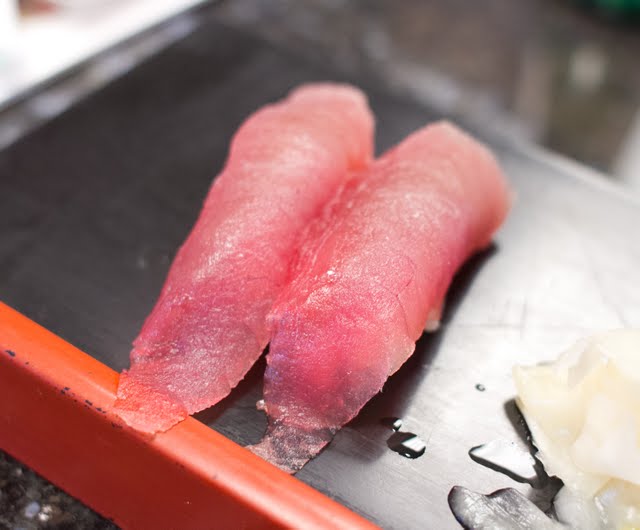 We were both happy with the quality of the tuna and went ahead to try some of the market price items. 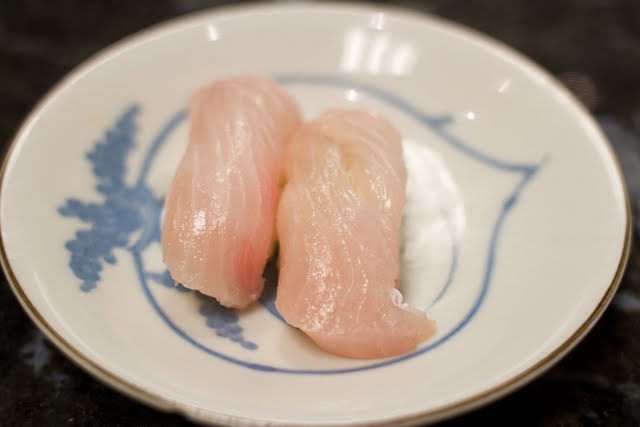 My first taste of hiramasa. I don’t remember much, but I do remember enjoying it. 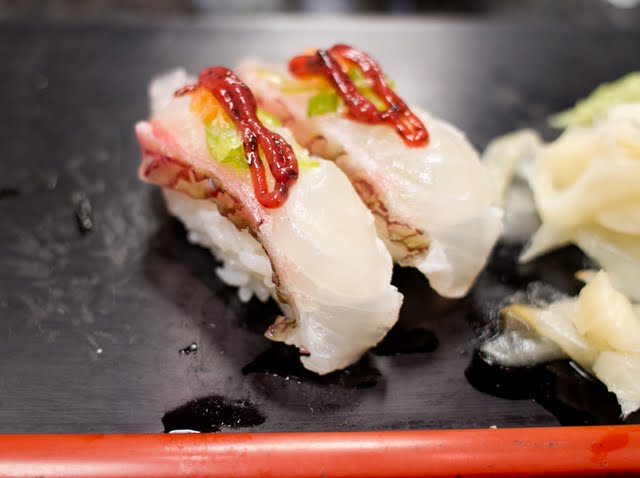 Not only was this pretty to look at, but it was one of my favorites. Loved the various sauces used to flavor the fish and sushi rice. 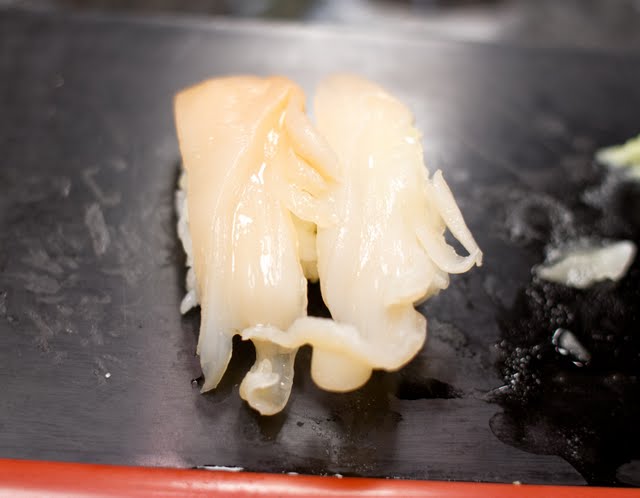 Crunchy and slightly sweet. FH isn’t usually a fan of big clam but he liked this one because of the sweet aftertaste. 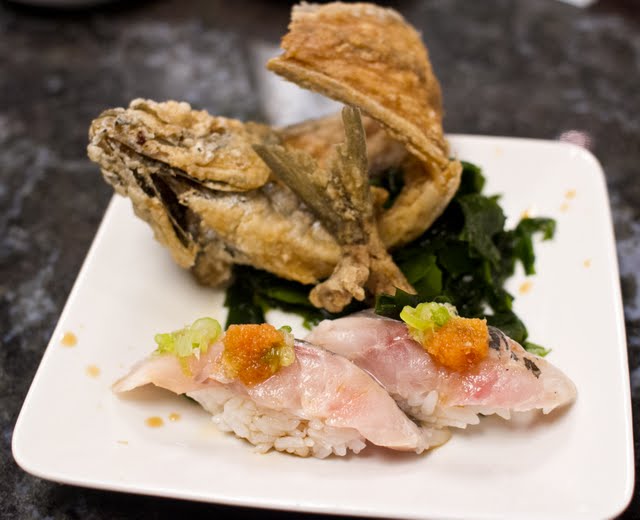 Another favorite of the night. The mackerel sushi was quite good, usually the fishy mackerel taste is too strong for me. But what I really enjoyed was the fried bones. The body of the fish was deep fried to the point where everything was edible. I’ve never been able to eat the entire body, including jaw, tail, etc of a fish this big but I was able to do it with this preparation. 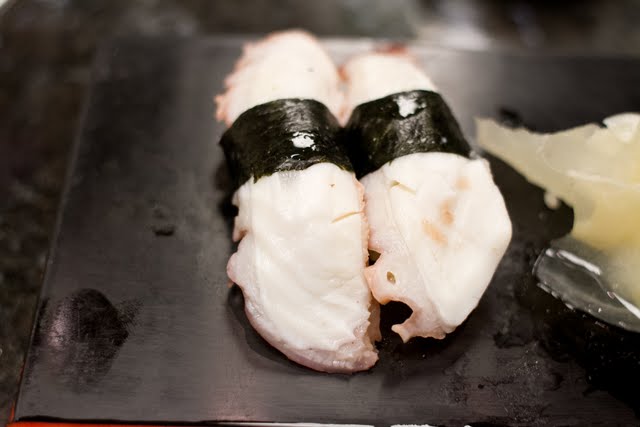 Chef Kazumi recommended we try the tako. Even though it was previously frozen, he told us he boiled it and prepared it in a way so that it is tender and you can really enjoy the octopus flavor. We tried it and agreed. It was still a little chewy, but quite tender and flavorful. 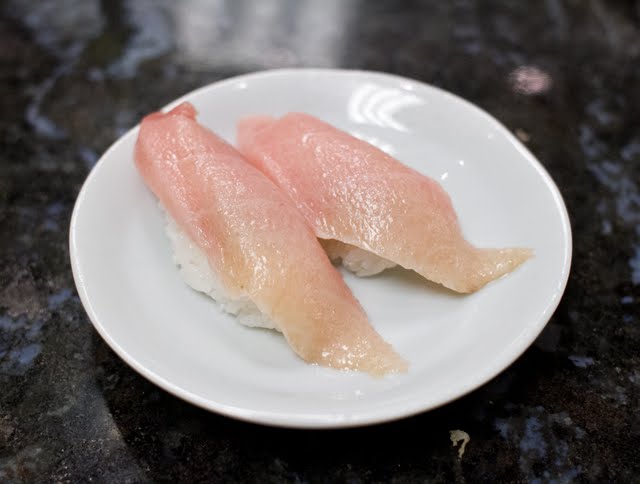 Not my favorite toro piece I’ve had. FH still loved it though. 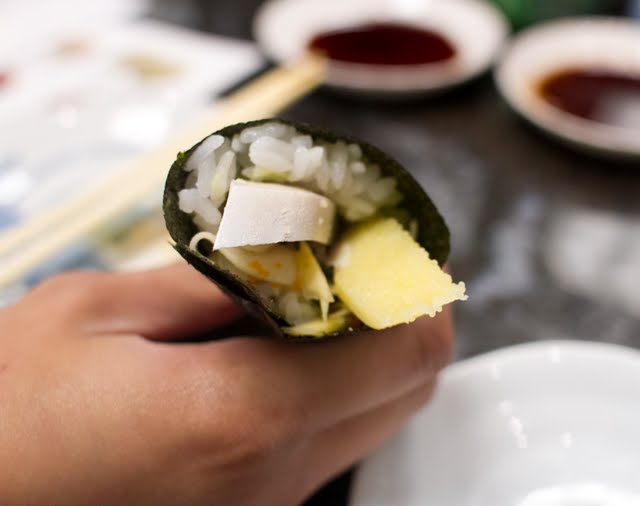 Another recommendation by the Chef and another of our favorites. The mackerel was mixed with two kinds of roe eggs, giving both texture and varying flavors. 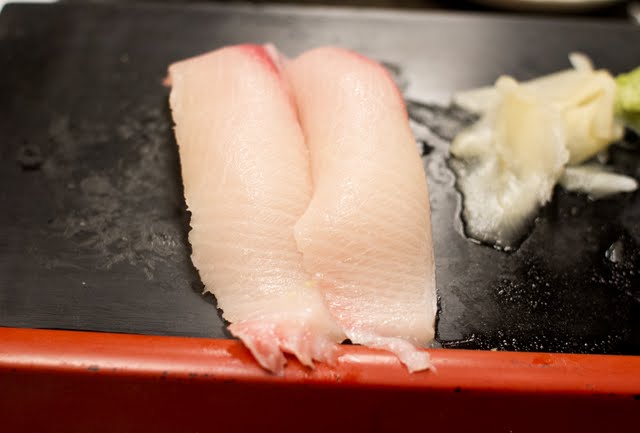 This was the creamiest hamachi I’ve eaten to date. Was recommended by the Chef and I loved it. 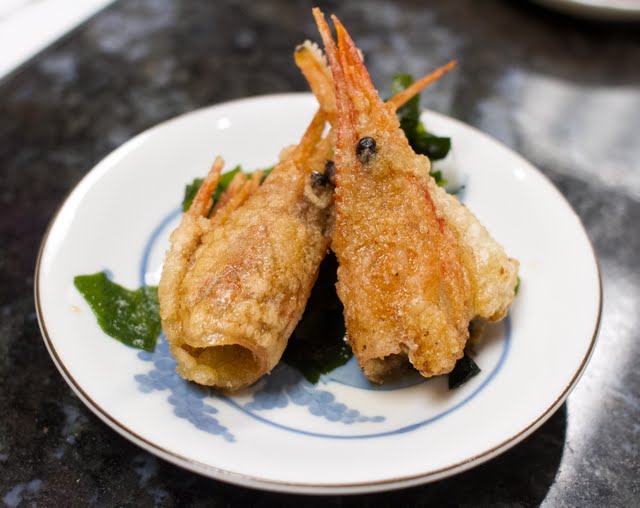 While we were dining, the couple next to us ordered the live shrimp, another chef recommendation. I had been too squeamish to order it. I don’t like watching my food being killed, but I ended up seeing the whole show anyway. It was quite fascinating watching the Chef deftly kill the shrimps and then their bodies and antennae continued to twitch the entire time he prepared the shrimp into sushi. The shrimp sashimi were served with the shrimp heads. Seeing our fascination with the whole process, Chef Kazumi gave us some complimentary shrimp heads. Fh wants to try the live shrimp next time. 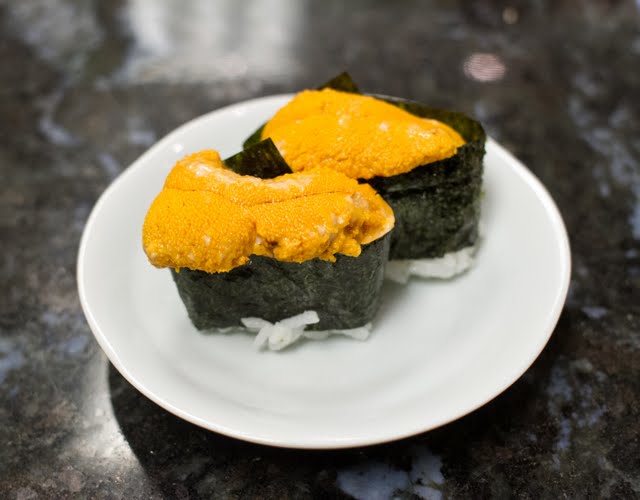 I like to end my sushi meals with some sweet uni. It was good, though not the best we’ve had. 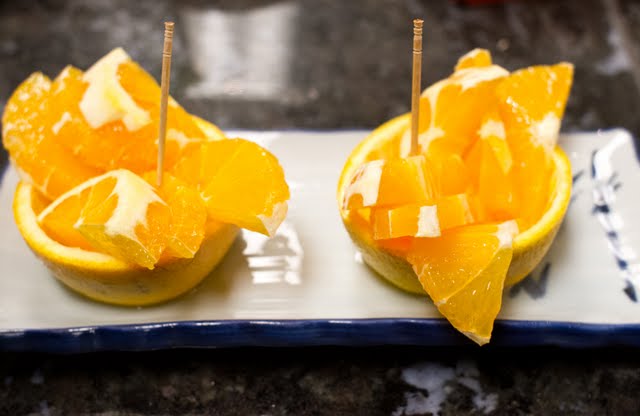 Overall, we really enjoyed our food here. The fish quality was pretty  and the prices were reasonable.  Our total was about $85 even though most of the items we ordered were market price items (we shared each of the orders pictured above). Chef Kazumi was interesting and entertaining to talk to. The atmosphere and presentation is definitely more casual. This is a great place for a casual sushi night.

My favorite place for sushi in San Diego is still Kaito, but Sushi Bar Kazumi is now my second favorite place and one we’ll frequent more often. FH is already planning our next trip.

A couple things to note. They take reservations, so I would recommend doing so. Currently, the sushi bar is only operating for dinner. Chef Kazumi also teaches sushi making classes during the day.