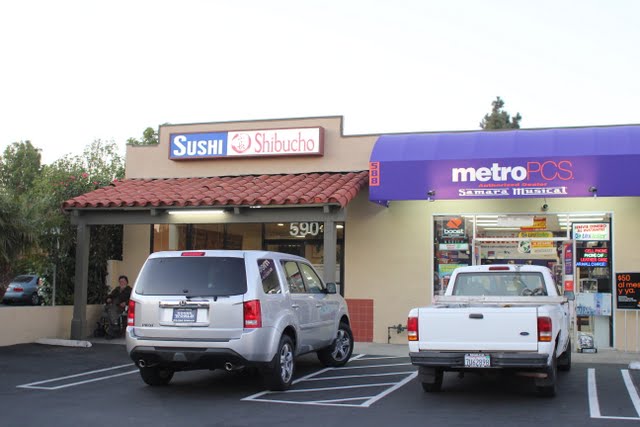 I’ve had so many amazing great eats lately, I don’t know where to start. I think I’ll start with a fabulous omakase sushi meal I recently had.

I’m always in the search for a good sushi bar with fairly reasonable prices. Not too long ago, I read a post on Sushi Shibucho by Rodizilla Reviews and immediately bookmarked it on my to-do list.

Sushi Shibucho is a small sushi joint located in Costa Mesa. It seats about 10 people at the bar and has a handful of small tables.  Shibucho is the last name of the head sushi chef and owner. His son, Naga also called Glen, is the other sushi chef. We were seated in Naga’s section, most likely because we don’t speak Japanese and we were informed by Naga that his dad does not speak any English other than a few standard phrases. 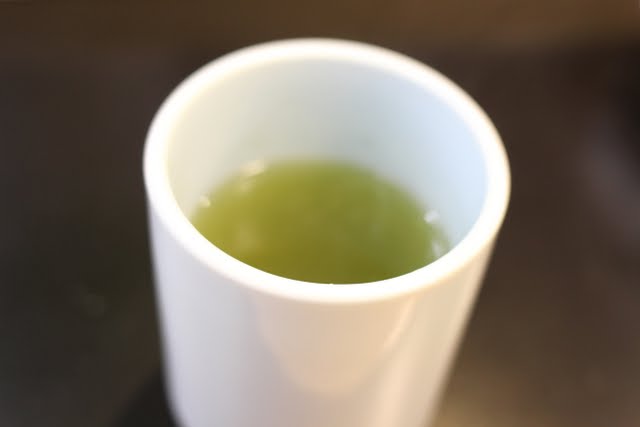 Prior to opening the current location, the head chef had a sushi restaurant in LA for more than 20 years. Naga not only worked at his father’s restaurant since he was a child, but he also went to Japan for several years to properly learn and train.

Everyone at the sushi bar ordered omakase, so we did as well.

First up, with a little vegetable appetizer with marinated bamboo and snow peas. The wasabi was a little heavy handed on our first bite of the night. It seemed that this was adjusted later on or my taste buds adjusted, but my eyes stung a little when I bit into this first piece of sushi. I’m not quite sure what kind of fish kinki is. It was a little bit crunchy and snappy in texture. It wasn’t bad but it wasn’t one of my favorites. 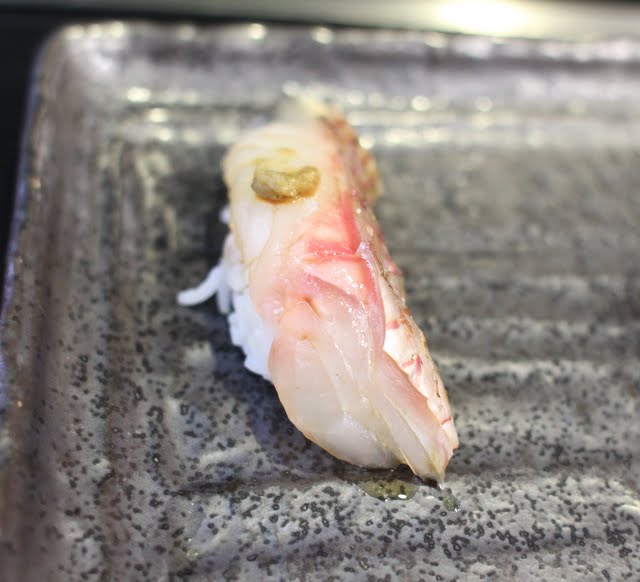 I enjoyed this fish much better and liked that the rice and fish came presauced. 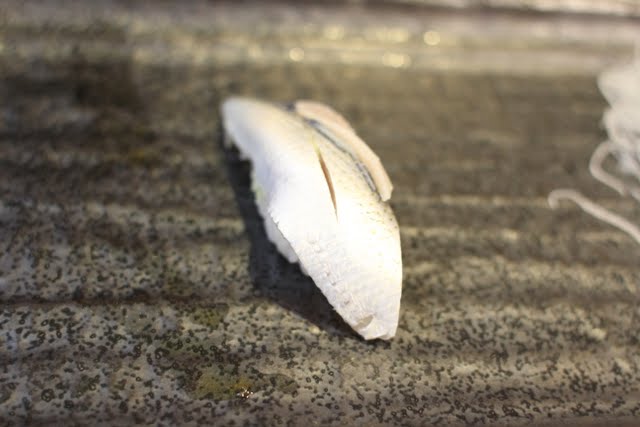 Not sure what the translation for this fish is.

This was the fattiest, melt in your mouth piece of tuna I’ve ever encountered. It tasted much like toro but it wasn’t the belly cut. That was the next piece. 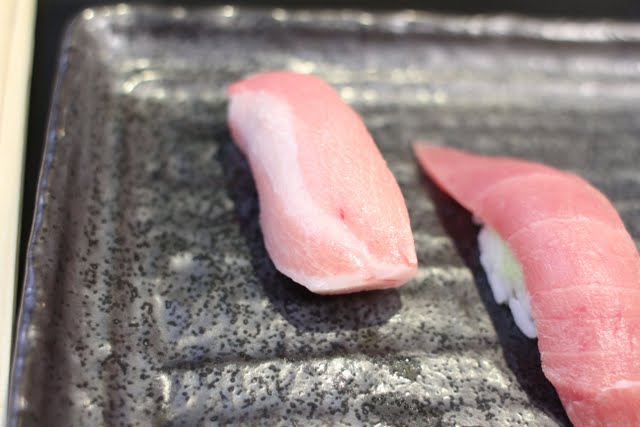 Usually I’m a big fan of the soft toro but this wasn’t one of my favorites. The tendons that were part of the cut had a chewy texture I didn’t like and it didn’t melt in your mouth as much as the tuna. 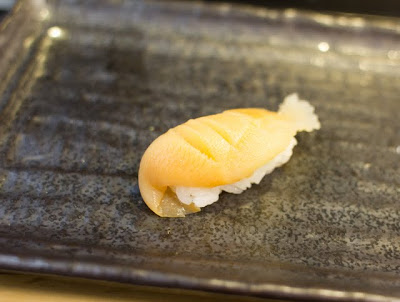 Crunchy, snappy, a little bit too fishy for me. 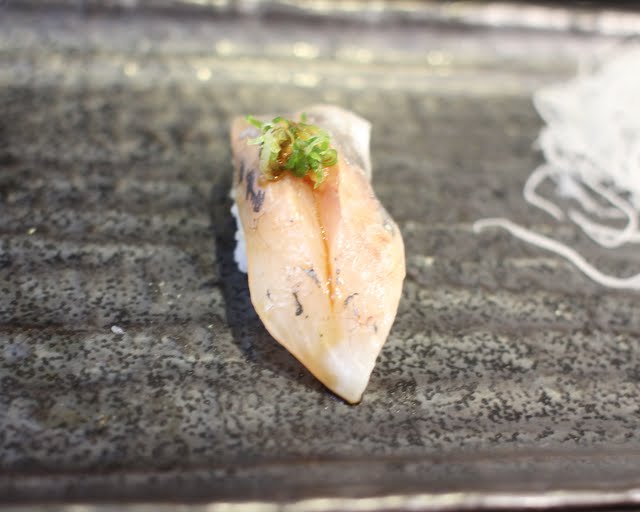 Another piece of fish that was prepared with seasoning and sauce. I really liked it. I prefer pieces of sushi that I don’t need to dip in a soy sauce wasabi mix. 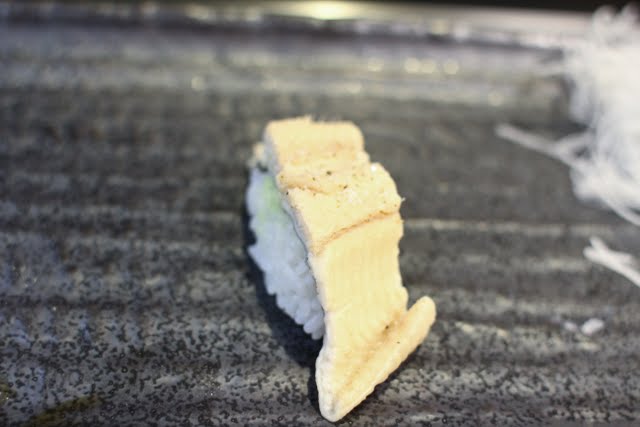 We were served salt water eel two ways. I loved how soft the eel was.  The tiny little bones dissolve in your mouth. I can’t remember whether I liked the savory or sweet preparation better as it’s been a while since this meal occurred. 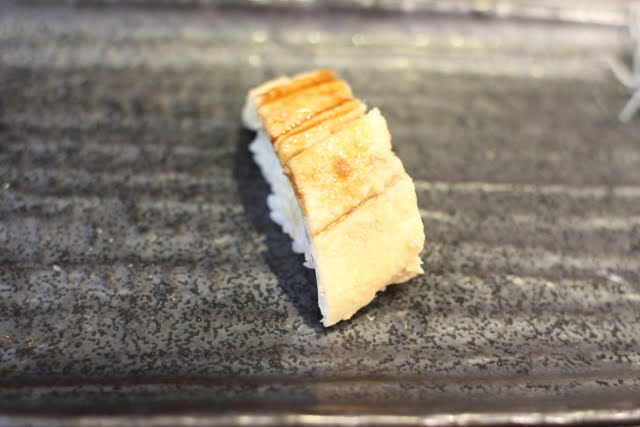 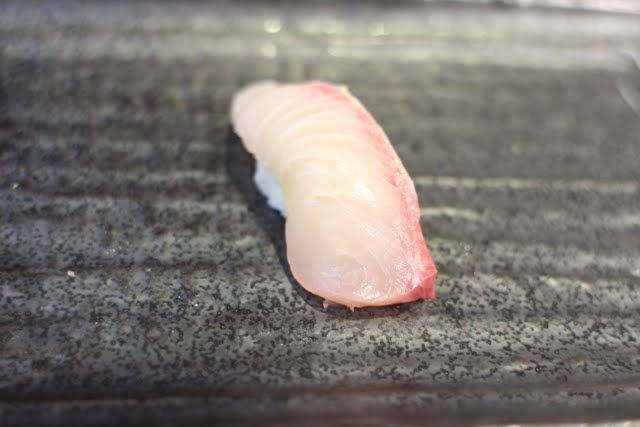 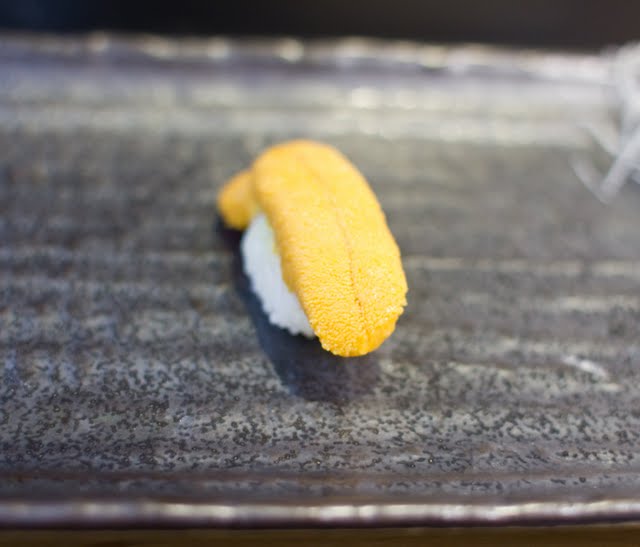 This was some of the sweetest uni I have ever tasted. The texture was also a little more firm than I’m used to. Having been with FH a while now and knowing what he likes and dislikes, I urged him to try this uni even though he usually hates uni. He was surprised to find he liked the uni here. He liked the firmer texture and the sweet taste. 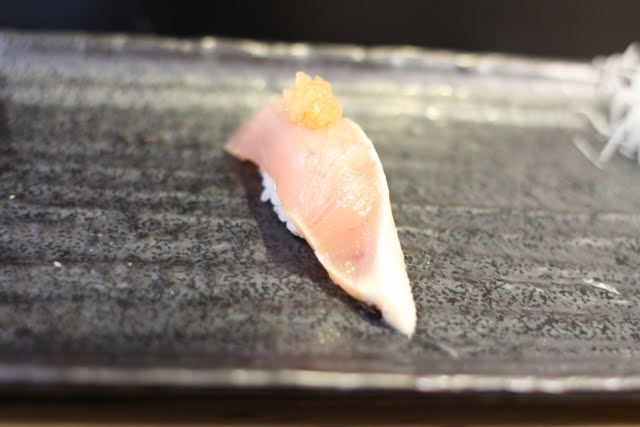 The snow crab leg actually looked like imitation crab with its deep red surface, but it was all real meat. 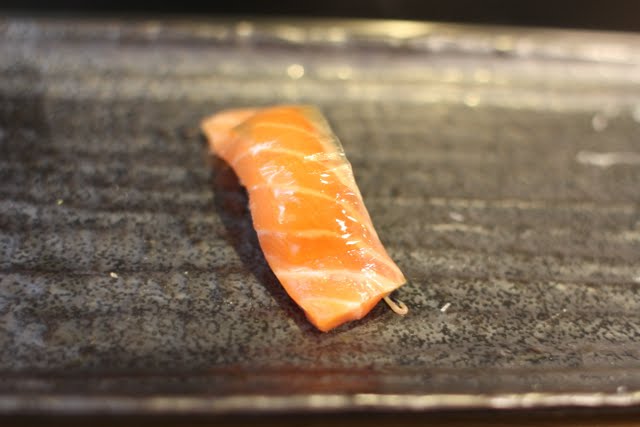 For some reason, neither FH or I wrote down the name of this fish. 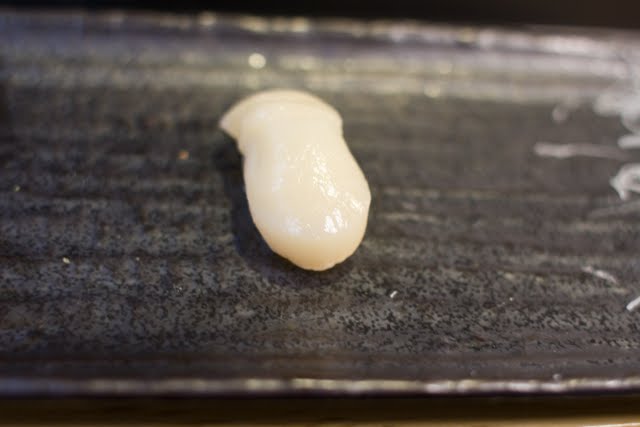 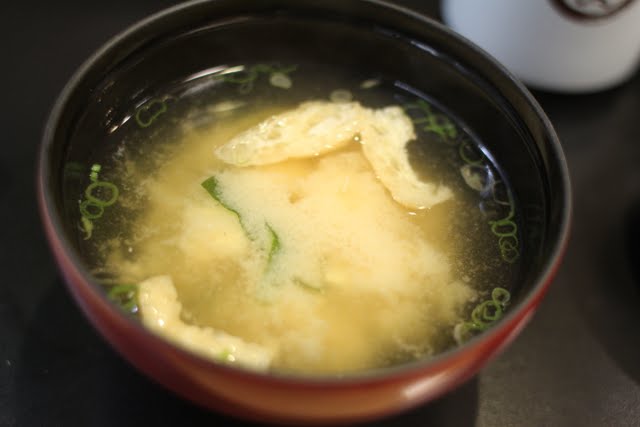 At this point we were asked if we wanted to continue if we were ready to call it quits. We were definitely getting full but we wanted a few more.

After this one we decided we wanted a few repeats or our favorites. 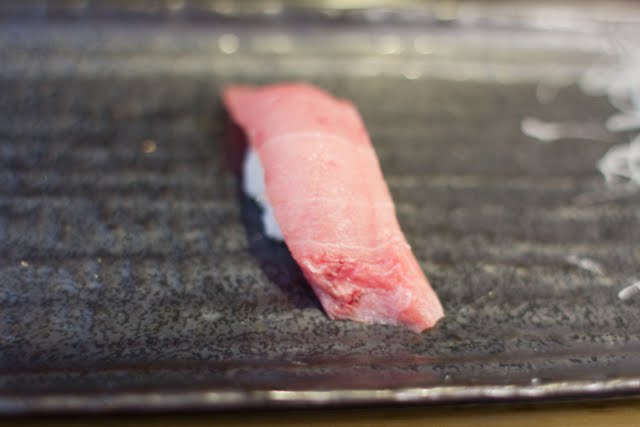 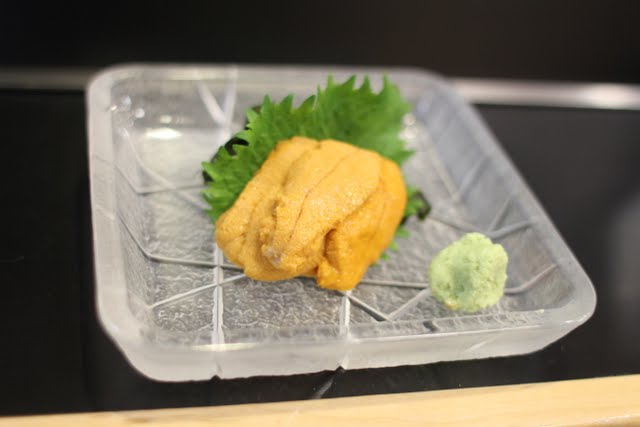 With such a sweet ending we decided to end our meal.

We were given some pickled cucumbers to cleanse our palate. 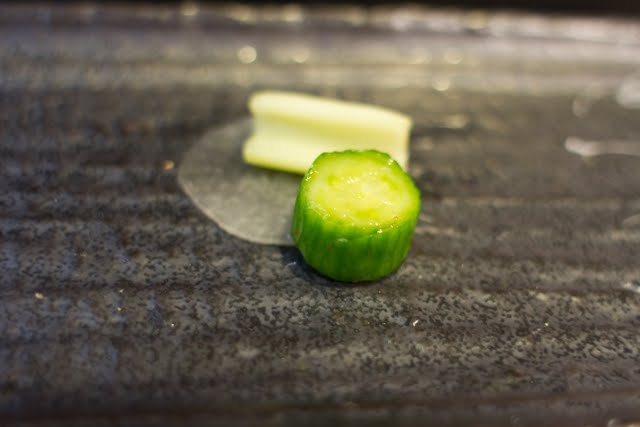 The grand total for our meal for two which consisted of 18 pieces of fish and 3 non-sushi bites was $99.60 (including tax), or roughly $50 per person before tip. This was definitely the cheapest omakase sushi we’ve ever experienced. If you enjoy sushi and are in the area, this place is definitely worth a trip. One note, the head sushi chef is a little strict with cell phones. One diner at a table was on her phone and was firmly told to take her call outside. Sushi Shibucho does take reservations which is highly recommended given how small the location is.