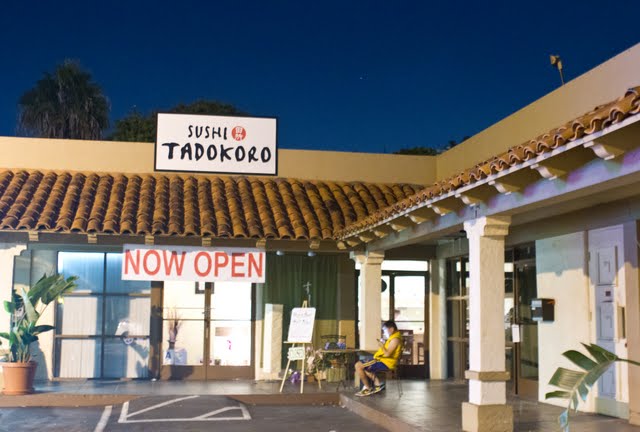 Sometimes restaurants sit on my to-do list for months or even years. But if a sushi place hits my radar, DH wants to visit immediately.

I read about Sushi Tadokoro from mmm-yoso, and a week later, we were there. While there, we ran into Dennis of A Radiused Corner!

We arrived much later than I had originally wanted to, and because we were coming in so late, I thought there would be room at the bar. Unfortunately there wasn’t. Since we really wanted the sushi bar experience, we opted to wait. About 30 minutes later, we were seated. 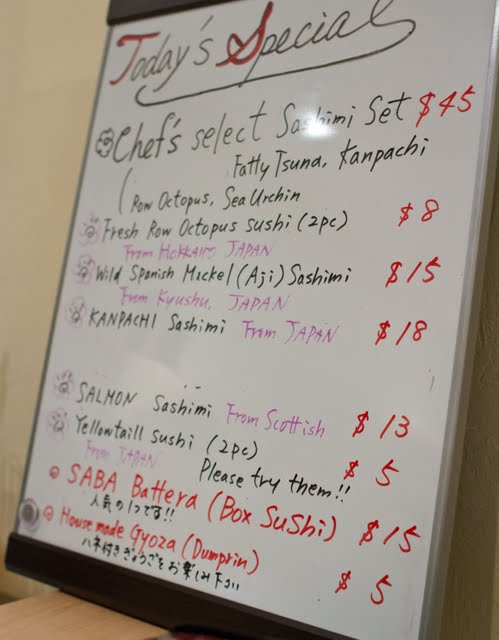 We did manage to get a couple of things that night: 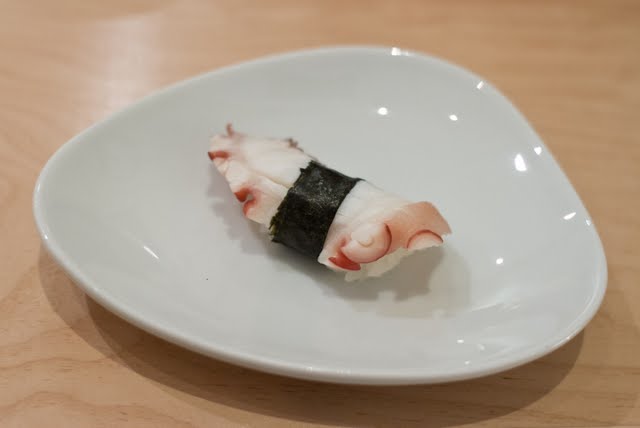 Boiled octopus. They were out of the fresh one so we settled for boiled. We had a really good boiled version at Sushi Bar Kazumi, this one was just alright. 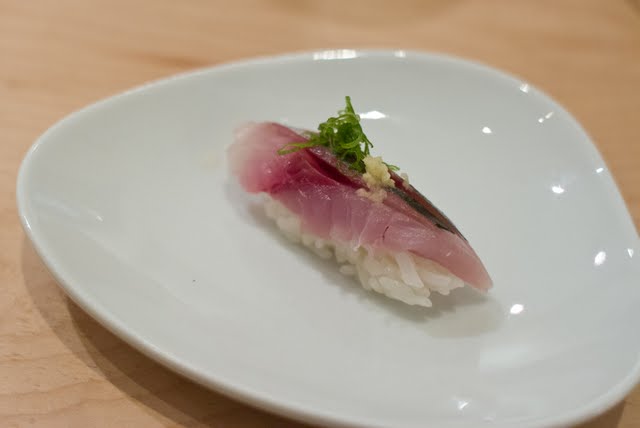 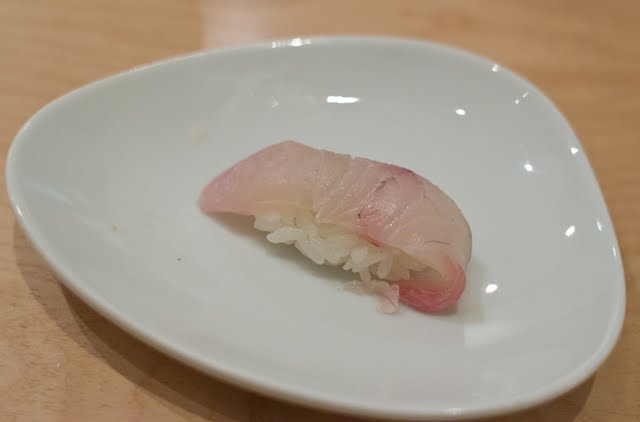 This was a pretty good piece of fish, one of our favorites of the night. 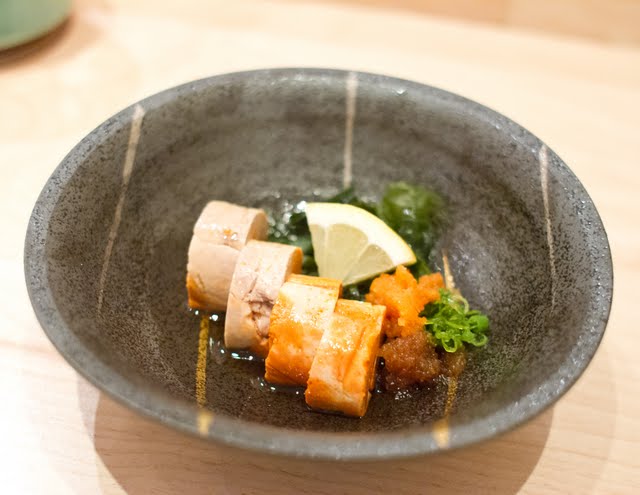 The head chef recommended this appetizer and we enjoyed it, especially when eating the liver in small bites. 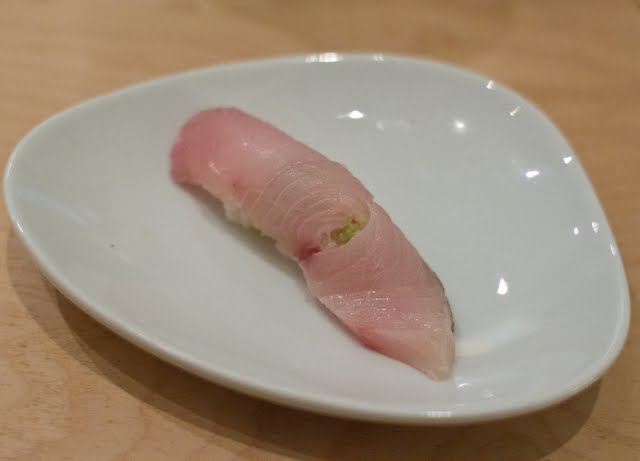 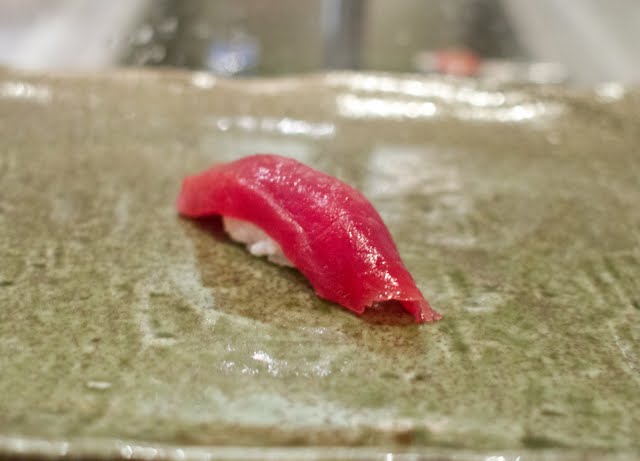 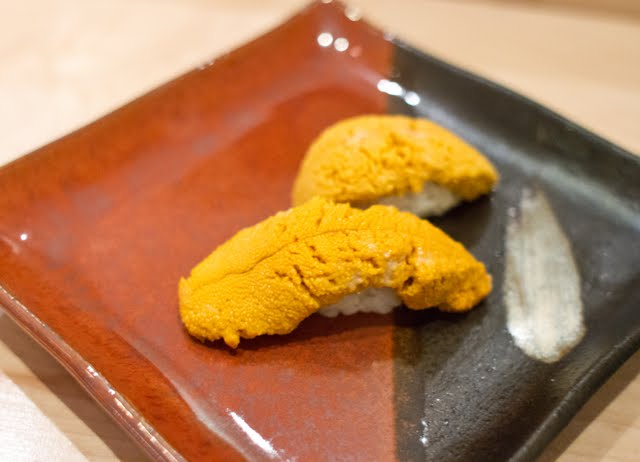 Our meal ended on a good note. The uni was very rich, creamy and sweet. Some of the sweetest uni I’ve had in San Diego. The chef pointed out that it was a larger portion than normal, I think to apologize for how many items they were out of.

It was hard to get a good read on this place since we didn’t get to sample a lot of the sushi we wanted to. However the prices were reasonable and this was the cheapest sushi bar experience we’ve had to date. The staff was so apologetic that we weren’t upset about them being out of so many items. We’ll be back again, next time earlier, and we’ll make a reservation.