FH’s most recent food obsession has been Sushi Yaro. Whenever I ask where he wants to go for lunch, his answer is Sushi Yaro. 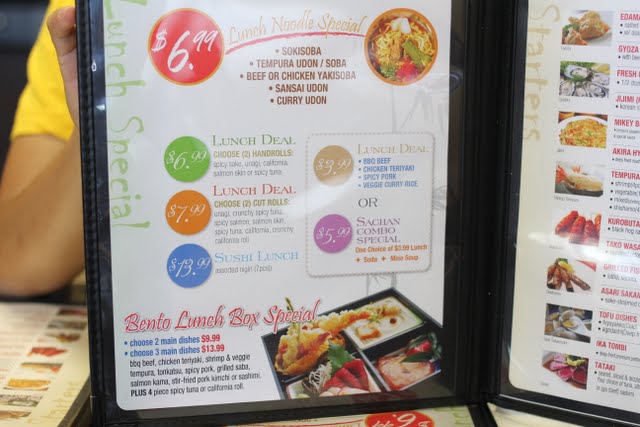 I brought my camera along for a recent trip since it’s been a while since my previous post. The lunch menu remains the same, offered seven days a week. The rest of the menu is available during lunch as well.

FH wanted two cut rolls ($7.99). A spicy tuna roll and a spicy tuna crunchy roll. It was a lot of spicy tuna…but he finished it all. 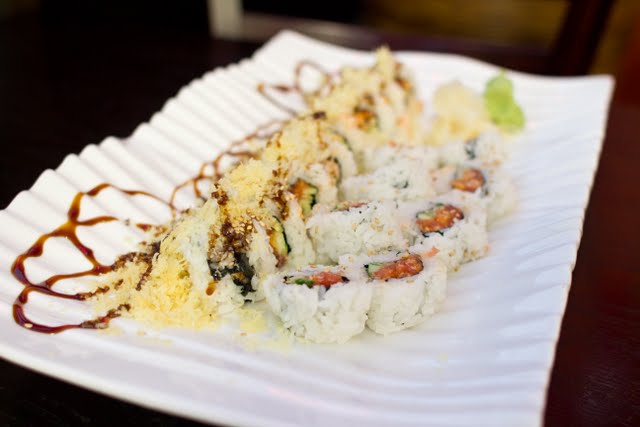 I thought the two rolls were pretty much identical except that the crunchy one had little crunchy fried crumbs on top.

We also shared a bento box with two items ($9.99). We chose sashimi and mixed tempura as our two items. It also came with rice, gyoza, miso soup 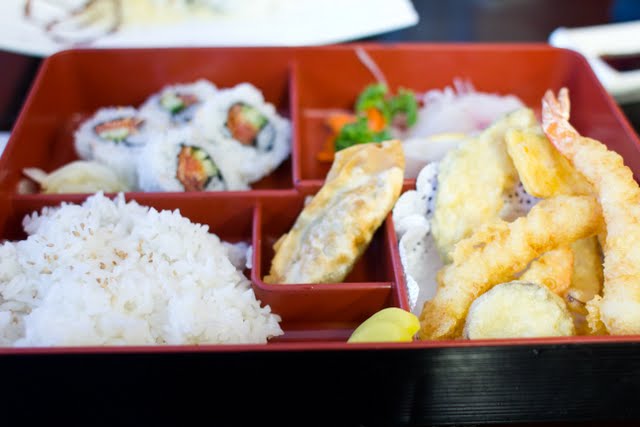 There were only two kinds of fish offered in the mixed sashimi on this occasion. The mixed tempura consisted of shrimp, kabocha (a japanese pumpkin squash), potatoes, and a few other vegetables. 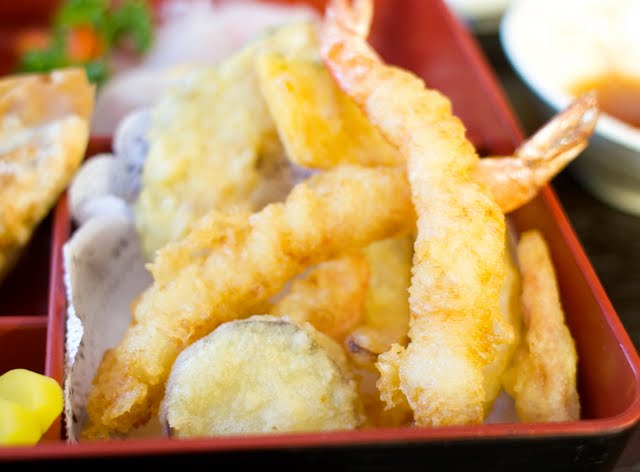 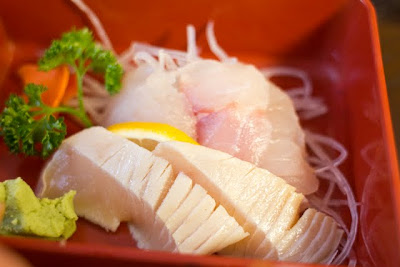 I really wanted to try the udon noodle bowls. I chose the sansai udon. Sansai are mountain vegetables. I’ve had them before, and I really like how they taste. Simple, crunchy, and they remind me a bit of chinese water spinach stems. 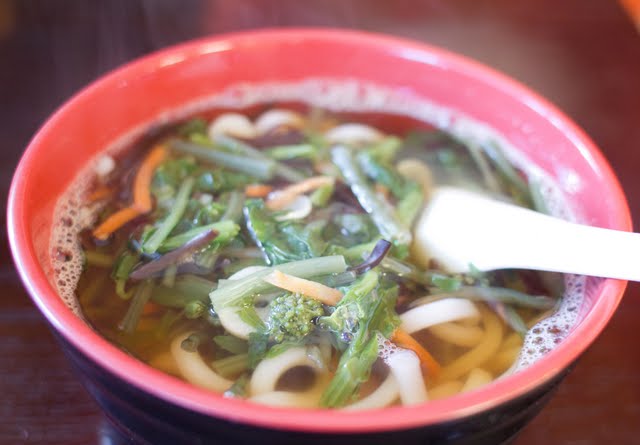 The noodles were nice and chewy, the soup light, and the bowl full of the sansai vegetables.

We had a good meal as usual, though I was a little disappointed that the mixed sashimi didn’t have more variety.