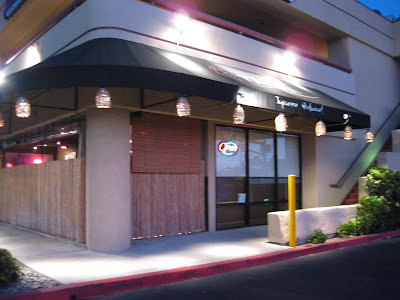 I've passed by Tajima 2 many times but hadn't yet tried it. I liked the idea that it has a big menu of sushi and tapas-type dishes. I've been a bit lethargic lately and haven't had much motivation to dine out. I forced myself to go out and finally check out Tajima 2.

The menu is quite extensive and can be found on its website. The original Tajima is a small shop that specializes in ramen. This second location is much bigger, and has a larger menu. I really liked the decor of the inside, with the big open spaces and the bamboo dividers.

There was so many items that sounded appetizing that we found it really hard to choose just a few. I chose a uni and clam risotto because I love uni and I love risotto and I've never seen the combination together offered on a menu.

They were out of clams that night but they replaced them with shrimp. The risotto had a lot of flavor, but was slightly too salty for me. I couldn't taste the uni at all because of the strong flavoring used. While it tasted okay, it didn't really taste like risotto. I don't think the rice was risotto rice, but instead was regular asian rice.  BF really enjoyed the dish though. 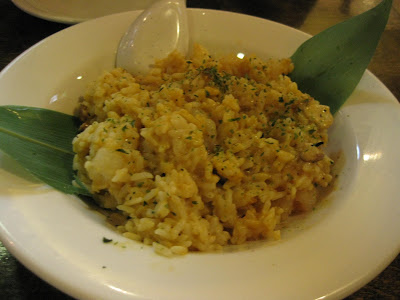 I also chose a Yakisoba omelet because it sounded really cool. What came out was a gigantic omelet, topped with bonito flakes. I always get a kick of how the bonito flakes wave in the air when sprinkled on top of warm food. 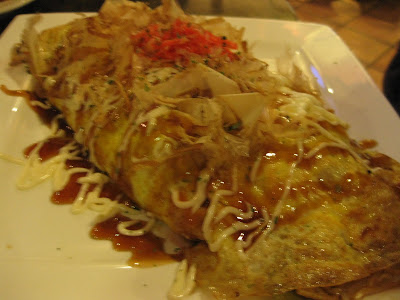 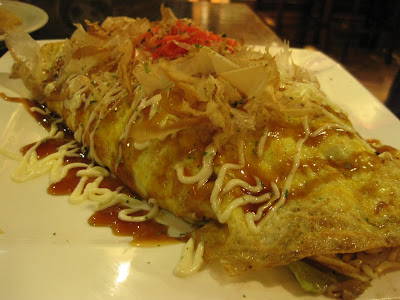 The omelete ended up being a thin layer of egg, wrapping a dish of yakisoba. Like a yakisoba burrito. I think it ended up tasting less cool than it sounded. I've always found yakisoba to be a bit too salty for me, so I found this version equally salty. BF didn't seem to mind the salt. He ate most of this dish. 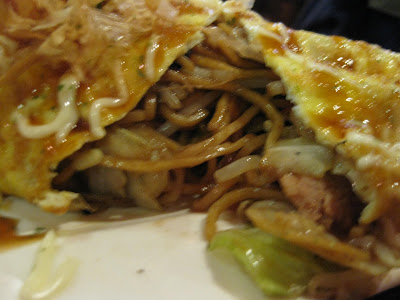 BF chose a tuna tataki, which is tuna sashimi in ponzu sauce. I thought the tuna was just average quality. 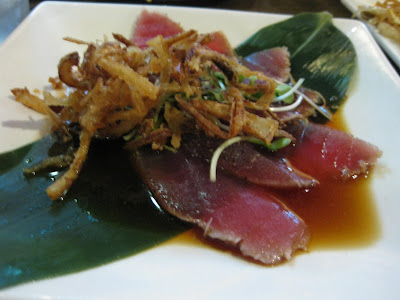 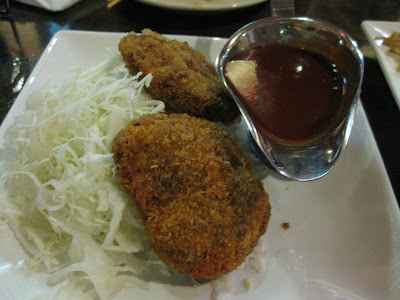 I enjoyed this the most out of what we had ordered. The meatloaf was surprisingly moist and tender and the fried breading wasn't too oily or overwhelming. 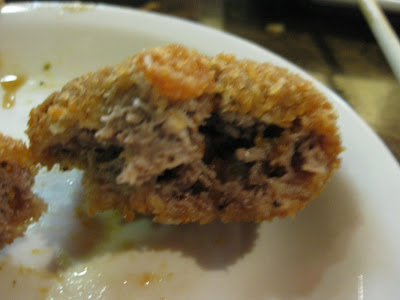 Overall, I wasn't too impressed with my first trip. I would go again to try some other items, as the menu is so extensive. I found most of the food to be a little too salty for me though.