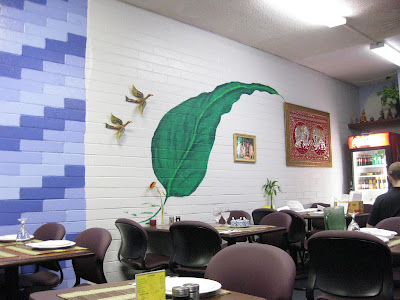 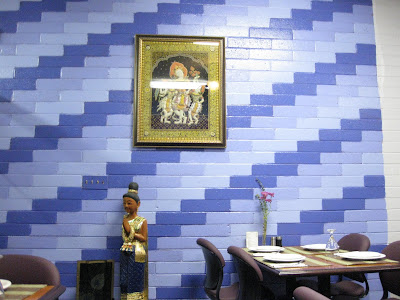 The menu is pretty extensive, unfortunately, I didn't get a chance to take a picture.  After we had decided on our dishes and ordered, the lady taking our order recommended the specials to us.  So we switched around some of our orders to include the specials.

The quantities were very generous and we ended up with too much food.  Everything was really good though and the service was great.  Our hostess kept thanking us for coming.

We ordered a pad thai: 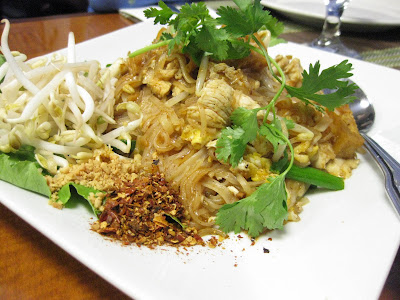 There was a lot of fried tofu and chicken.  I thought the sauce was just the right amount of sweet and tangy. 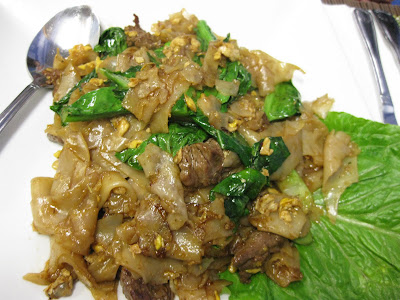 The beef was tender.  The noodles nice and chewy and not overcooked.  The dish had a good, flavorful amount of oyster sauce without being too salty. 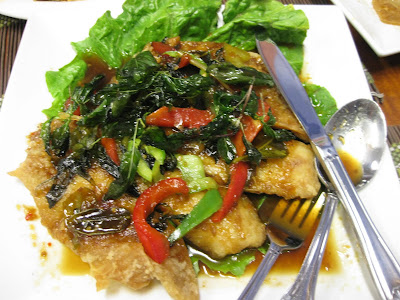 This was one of the specials of the night.  The fish fillets were lightly pan fried, and had a sweet and tangy sauce.  I believe I tasted tamarind in the sauce. 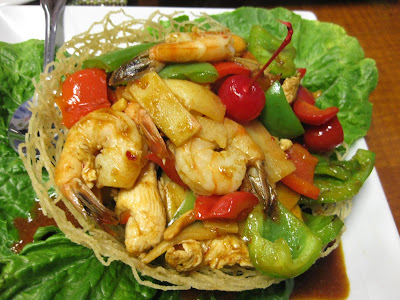 The items in the basket were good. Lots of shrimp, chicken, bamboo, peppers.  The sauce was sweet and spicy.  The basket was crispy. 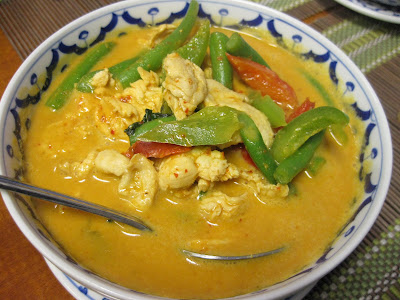 The curry had a lot of string beans, chicken and peppers.  Sometimes I order this dish at other thai places and its mainly just curry sauce and no substance.  Boyfriend thought this dish was too spicy.  It was a bit spicier than the other dishes, but I liked it. 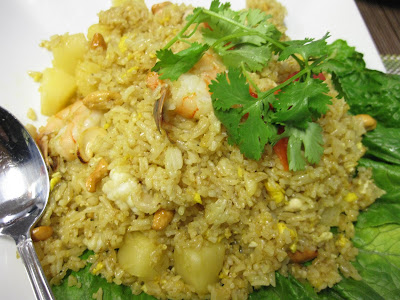 I think next time when I order this, it'll be without seafood and with beef instead.  The seafood costs about $2 more.  They added shrimp and squid.  I liked the shrimp but the squid was overcooked.  I also would have liked it to have a bit more spice.