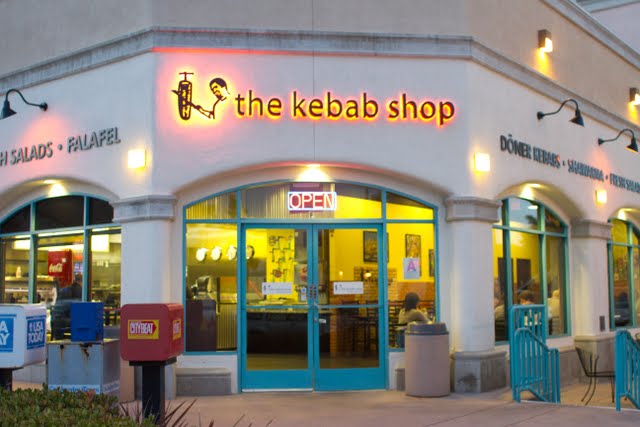 The Kebab Shop was a frequent lunch stop at my office for a while. The casual fast food eatery serves generous portions and is a nice change from the typical burgers and sandwiches fast food offerings. One of their most popular items, the doner kebabs, which resemble burritos, are huge and filling. They are also quick and portable, making them a great lunch choice. 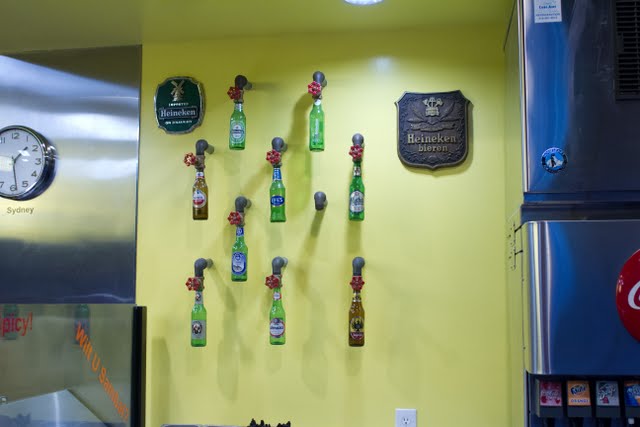 When I found out that they opened a location in Mira Mesa awhile back, I really wanted to visit and take the FH. But it remained on my to-do list and I never got around to it. Recently, we were invited to go check out the Kebab Shop in Mira Mesa, so I finally got a chance to take FH there for dinner. 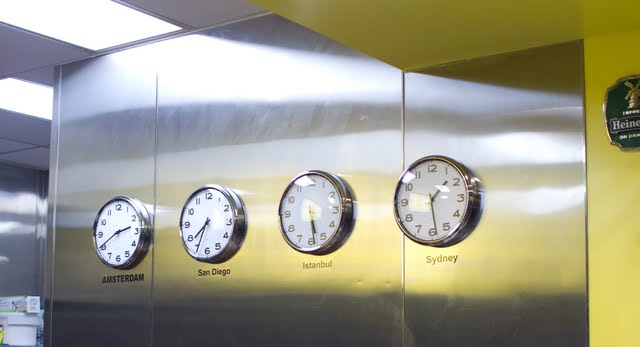 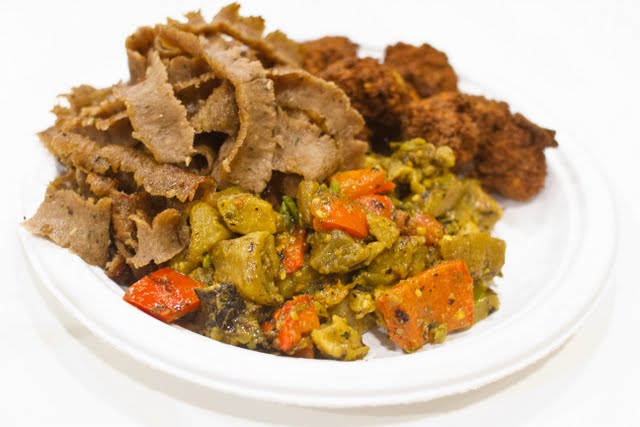 I was really impressed with the large selection of fresh salads available and had the hardest time choosing. 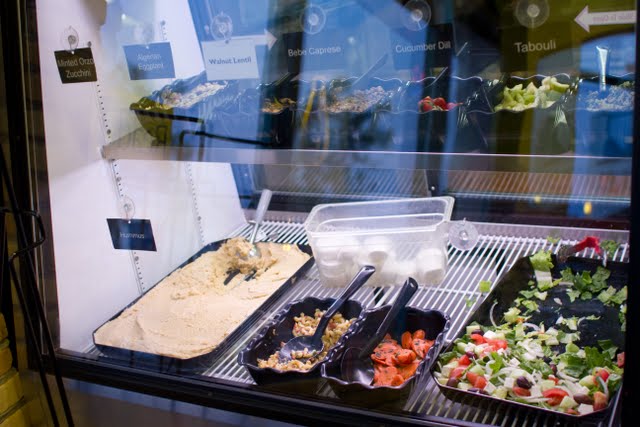 The portions of meat and sides were quite generous. 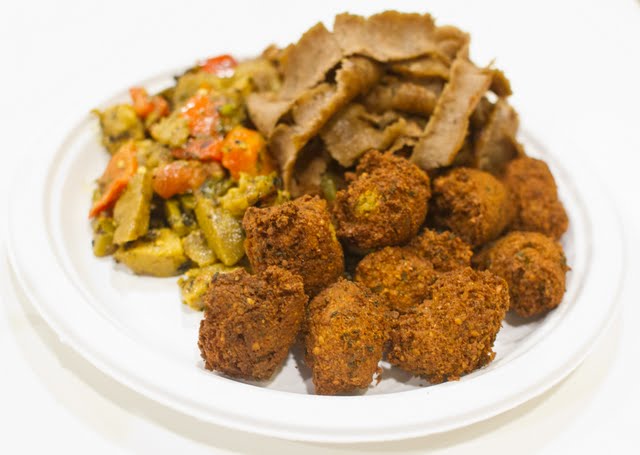 I was surprised by the number of fried falafels. I’ve never seen so many even when I get a separate side order at a restaurant. For my salad I chose the Algerian eggplant which was slightly spicy and mixed with crisp bell peppers. The different textures and spices was really tasty 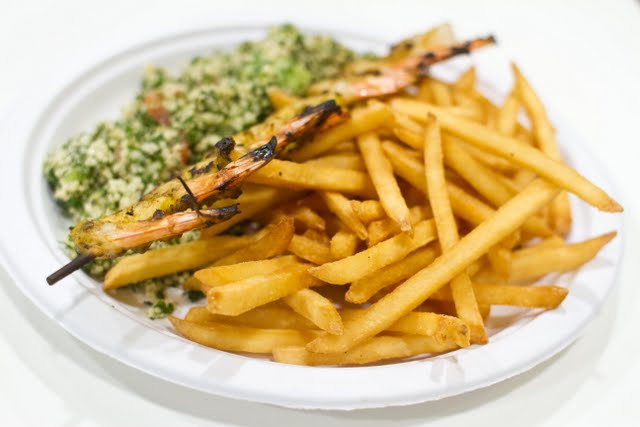 For his hot side he chose the golden fries and I can see where they got the name. I wish we had natural daylight when I shot this photo because these were the prettiest fries I’ve ever seen. Each one was golden in color. Usually you’ll see deformed, soggy, wrinkled, or burned fries mixed into your bunch, but every fry was perfect. They were also really crisp because of the thick layer of batter. Even after they were cold they were still crispy.

He also chose the tabouli salad which we both really enjoyed. It was light, slightly acidic, and refreshing. 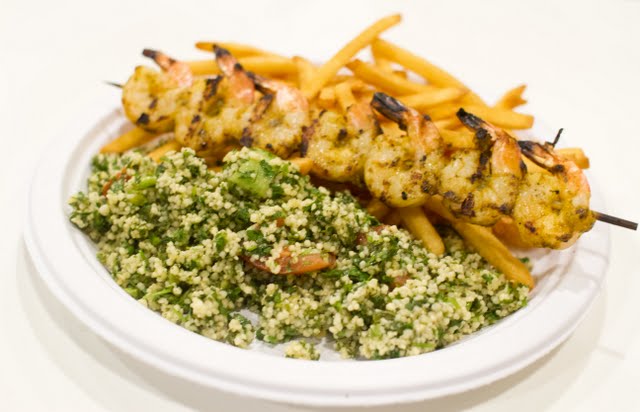 FH and I were pretty happy with our food. I was expecting it to be pretty empty on a Sunday evening, but the place restaurant was relatively packed. FH loved the introduction to this place and we’ll definitely be back.

Please note: Our meal was complimentary but my opinions are my own.