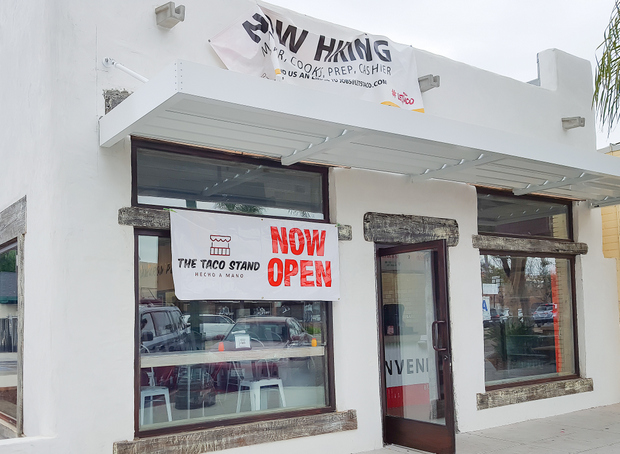 The Taco Stand is a family owned taquería inspired by the taco stands of Tijuana. The popular taquería recently opened their third location in San Diego. 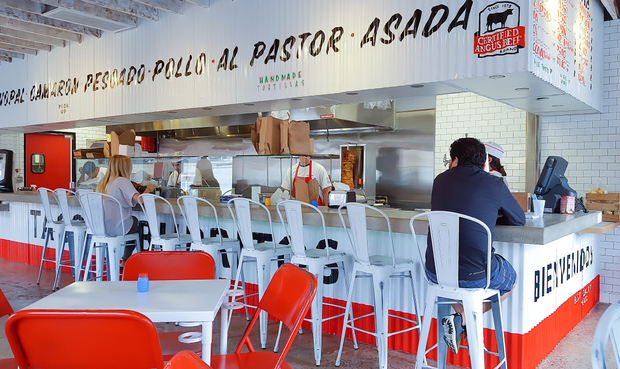 We actually haven’t had a chance to visit any of their other locations but the original La Jolla location has been on my to-do list. This weekend, I had plans to visit the La Jolla restaurant. However, when we got there, we were told that they were temporarily closed due to computer issues. Gah! 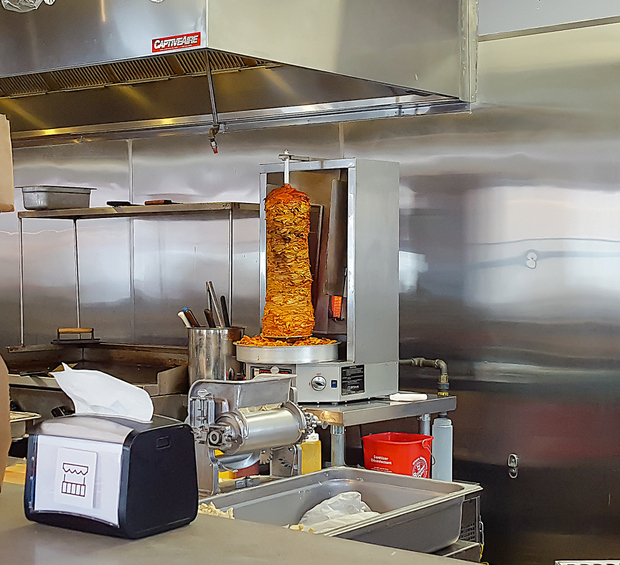 So, we left, but I couldn’t stop thinking about the tacos I had been planning on eating. Later that afternoon, we were heading to North County, so we decided to make a detour to their newest outpost in Encinitas, which has been open less than a week. 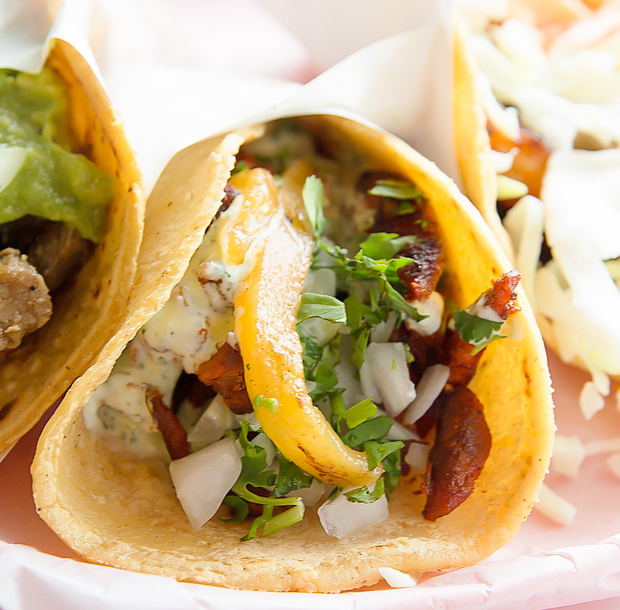 This is their most popular taco and you can see the meat roasting on a vertical spit when you enter the restaurant. The pork was quite flavorful, though I did find the pineapple slightly overwhelming. All their tacos are served on their house-made corn tortillas. The corn tortillas are made fresh daily and you could definitely taste their freshness.

The Taco Stand also has a salsa bar with a variety of salsas you can help yourself to. 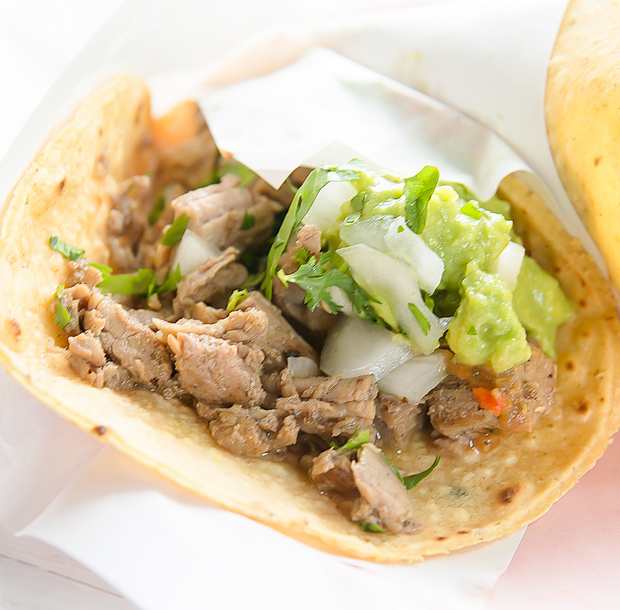 This was a pretty classic carne asada taco. All the ingredients were well-executed, but nothing really stood out. We added some of the house-made salsas for a little extra flavor. 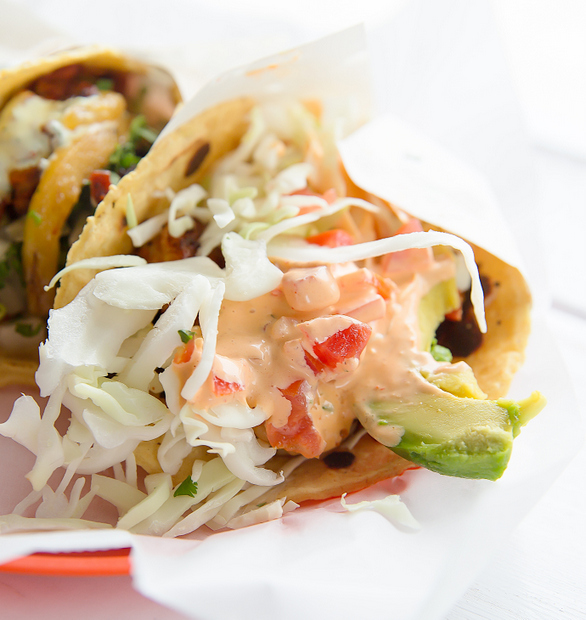 The shrimp had a definite spicy kick and were covered in a creamy, zesty chipotle tomato sauce.

I was hoping to try the fresh churros, which I’ve seen photos of from the La Jolla location. Unfortunately, they are not currently offered at the Encinitas store.

Overall, we had a nice first visit here. I can see why this taco stand is popular, as the tacos we had all tasted good and fresh.