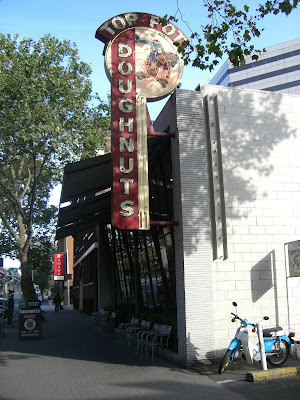 One of the things I looked forward to most as my Seattle trip approached was a chance to eat some delicious doughnuts. I’d read that Seattle was known for their doughnuts. Since Seattle is filled with coffee shops, it makes sense that they would have a lot of doughnuts available as well.

I spent most of my childhood in New York, where doughnuts are readily available almost all the time. With Dunkin Donuts everywhere, donuts were a staple breakfast item, mid-afternoon snack, and treats at all the birthday parties. When I moved to California (South Bay Are), I was shocked by the lack of donuts. Donuts were only available at the supermarket bakeries and the occasional small time donut shop. Worst of all, it seemed Californians only ate donuts in the morning, and it was nearly impossible to find fresh donuts in the afternoon.

San Diego suffers a similar fate to what I experienced when I moved to the South Bay. So I was definitely looking forward to the donut goodness in Seattle.

Top Pot Doughnuts is a donut chain in Seattle that is highly rated and popular. It’s open from 6am to 7 pm, allowing you to enjoy donuts early in the morning and into the early evening. 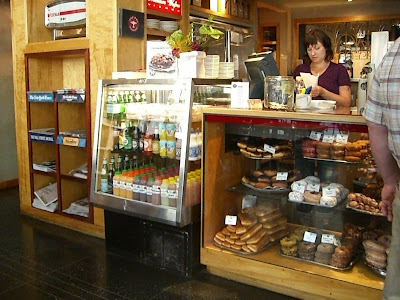 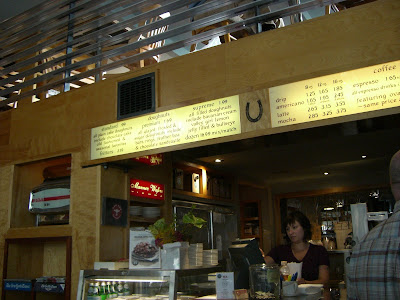 When we arrived, I was amazed at how big the store was. Inside, it was more than just a donut shop. It was designed to be like a library or a large bookstore. The sides of the store were filled with books. There are two levels of seats to allow you to enjoy your donuts and coffee, as well as stick around to read the paper, do some studying, etc. 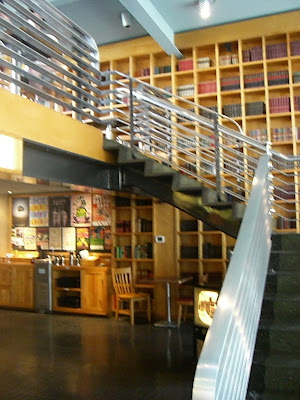 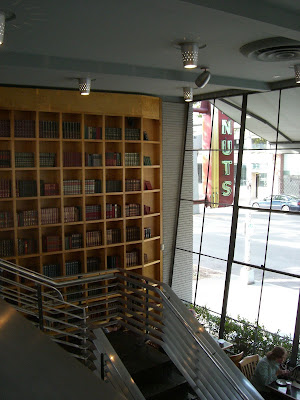 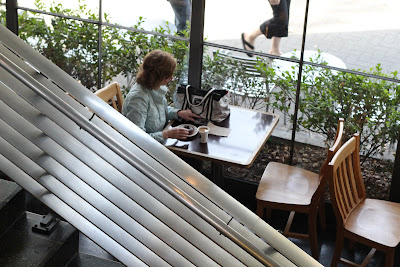 We were greeted by some very friendly employees who patiently waited while we made our donut choices. There were so many to choose from. One thing I noticed during my trip was how friendly all the store employees were. Seattle is definitely a tourist friendly city with the staff of the stores very accustomed to all the tourists that come by.

In the end, we settled for an old fashioned, a chocolate cake donut with raspberry glaze, a blueberry cake  donut, and a twisty. I really wanted to get an original glazed. The original glazed donut looked huge, but I thought we should try some new ones out and that I could always come back for the original glazed later. 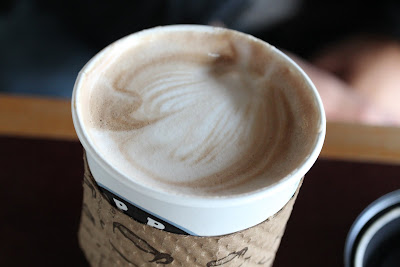 I found the old fashioned to be way too sweet. The outside glaze was thick and sugary. The donut was also very sweet and had a layer within the cake donut that tasted of condensed milk mixed with something, making this donut way too sugary for my taste. 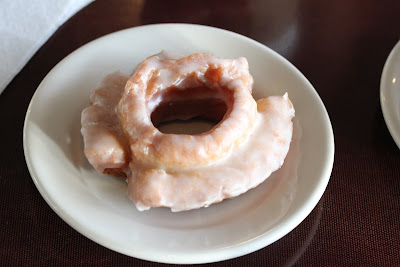 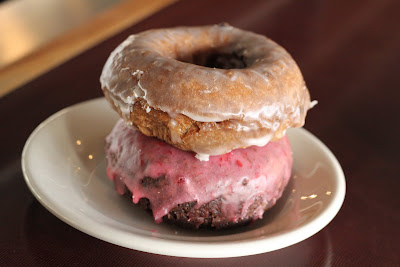 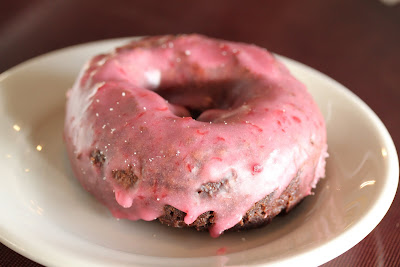 The blueberry cake donut was okay for me. I liked that the inside was filled with little pieces of blueberries. But the batter just didn’t really pop. The flavor was subtle and a little bland. 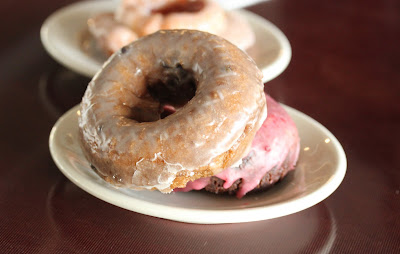 Glazed twisties are usually my favorite donut next to the regular glazed donuts. Unfortunately, I was pretty disappointed with this one. I expected soft, puffy, yeasty doughy doughnut. Instead, the twisty was thin, hard, a bit hollow inside. It didn’t have any doughy goodness. 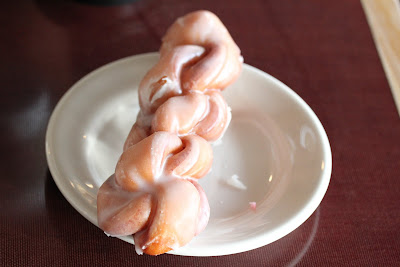 I left Top Pot not as satisfied as I thought I’d be. I haven’t experienced many donut shops, but I thought that Top Pot paled in comparison to places like Dynamo Donuts and Stan’s Donuts. I do like that Seattle has such big donut shops open all over the city that serve donuts all day.

After my experience with Top Pot, I really wanted to try out Frost Doughnuts, which the gastronomer has raved about. But sadly, it just wasn’t in the cards. Frost was a bit far from where we were staying and required a car. We had chosen not to rent a car since almost everything we were doing was within walking or bus distance.

By the time we finished with our donuts, the shop had filled up and was quite busy. I didn’t want to get in line just for a glazed donut, so we left without me getting a chance to try it.

Our next stop was the Space Needle. a huge tower in Seattle built for the 1962 World Fair. It costs $18 to go to the top, but you get to see a beautiful view of the city. I was worried that it would be horribly crowded, but we went early enough in the morning that there wasn’t much of a wait.

Here’s a view of the Space Needle from far away. 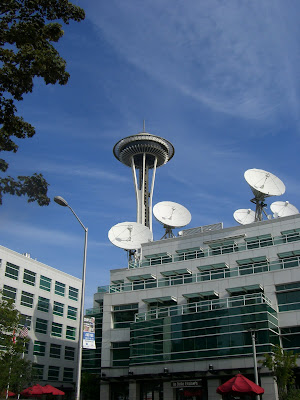 Here’s some views of the city from the top of the needle: 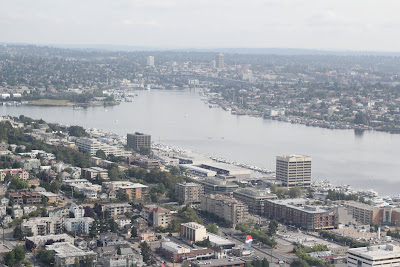 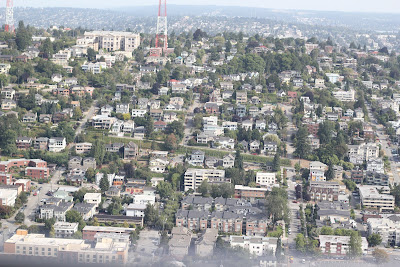