Tribute Pizza opened late last year, serving wood-fired pizzas that pay tribute to the best pizzas from around the world. 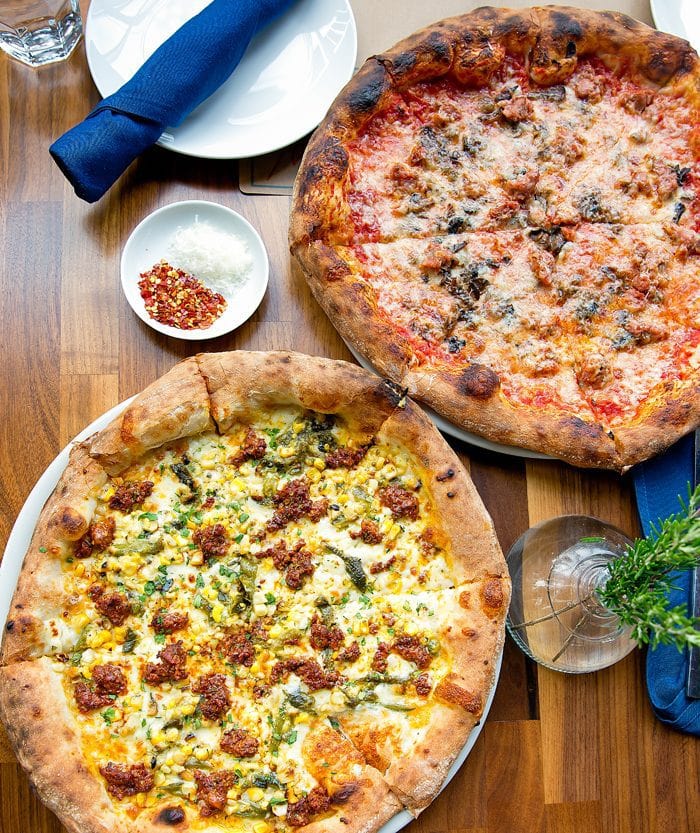 Located in North Park, the restaurant occupies a former post office space (the signage still exists on the side of the building). 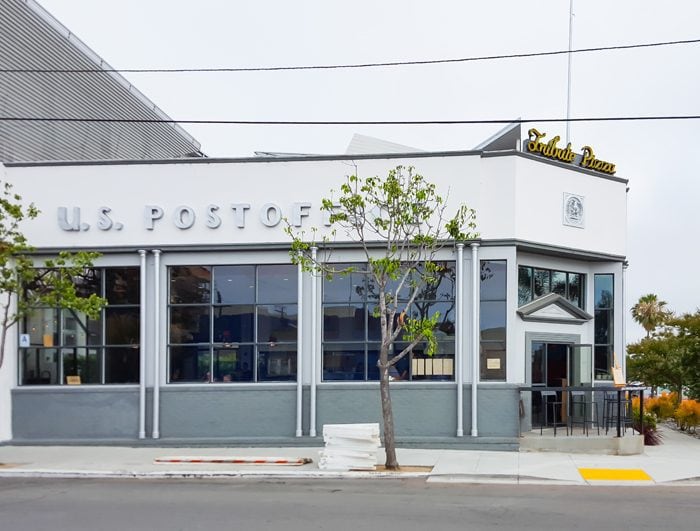 To save room for the pizzas, we decided to forgo on any starters, something I regretted later after seeing many tables order the charcuterie board. The beautifully arranged charcuturie boards are served on giant slabs of wood and the presentation had nearly every guest pulling out their cell phones for a photo. Next time!

The spacious restaurant has an open kitchen and a variety of seating to choose from including booths, communal tables and bar seating. 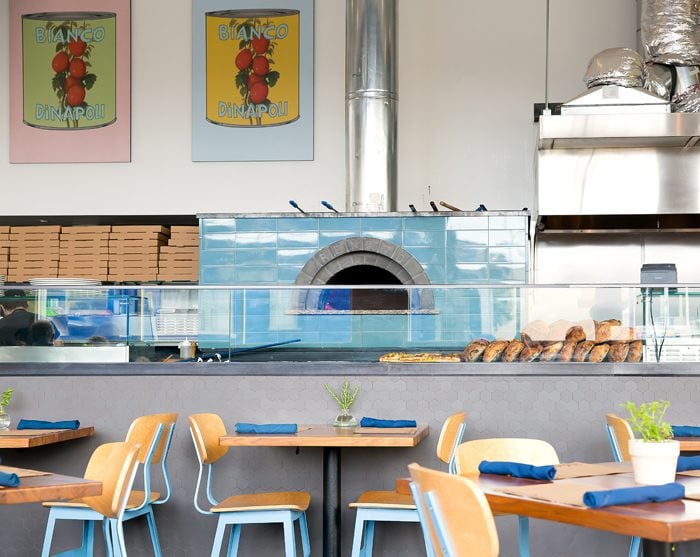 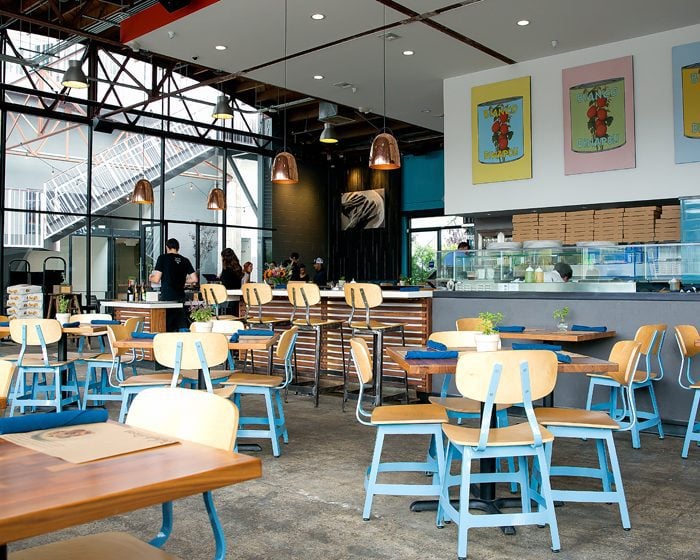 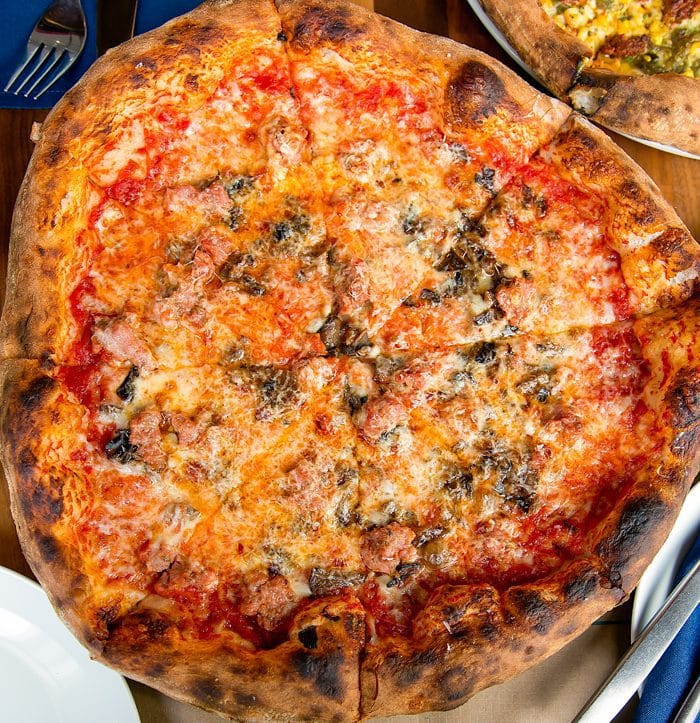 The appearance of the messy blend of toppings that seemed to melt into each other was indeed reminiscent of cardboard pizzas.

The pizza crust though, was of course nothing like the cardboard pizzas of my past. The crusts at Tribute Pizza are crusty and crispy. It has a bread-like chewy consistency, but with a much lighter feel. I found myself eyeing the loaves of house-baked focaccia displayed in the kitchen and wondering how good they must be if their crust is this delightful. But we’ll have to save that for another visit as well. 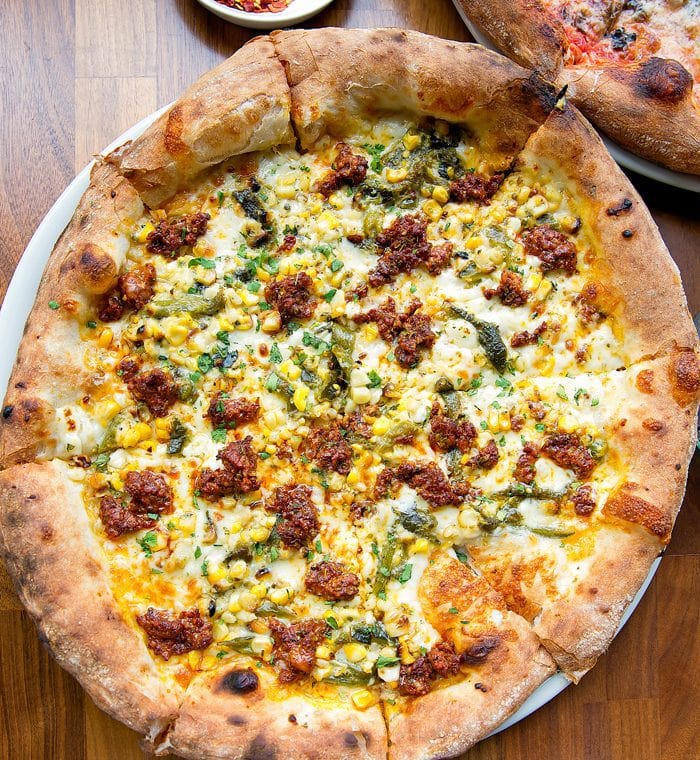 I really enjoyed the smokiness of the poblano peppers and the spices in the suasage. The pizza was as flavorful as it was colorful. 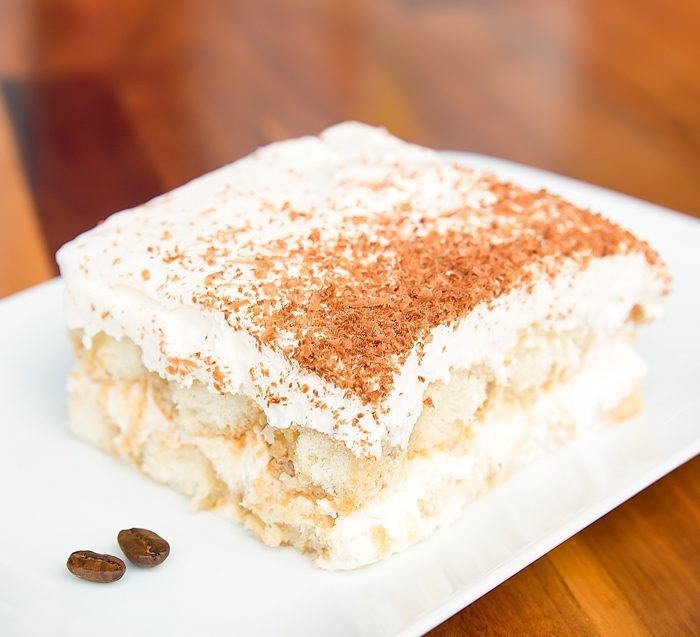 This generous slice of tiramisu was big enough for sharing. It was very classic take on tiramisu, with a little extra booziness. Mr. K find the extra alcohol to be a bit too much, but I quite enjoyed it.

Overall, we had a pretty great first meal here. I really enjoyed the pizza crust, though I do want to try out some of the other pizzas next time until I find a favorite topping combination. I will also make sure to order the charcuterie board next time as well. 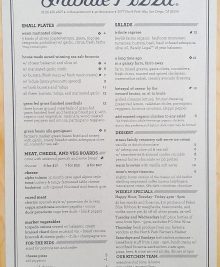 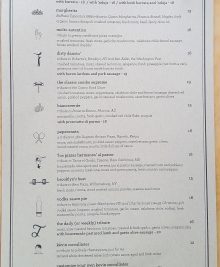 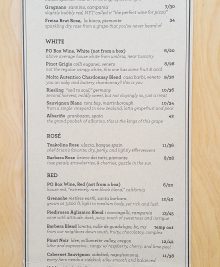 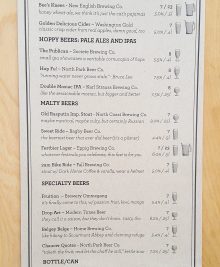 Also check out posts by Kirk and CC.