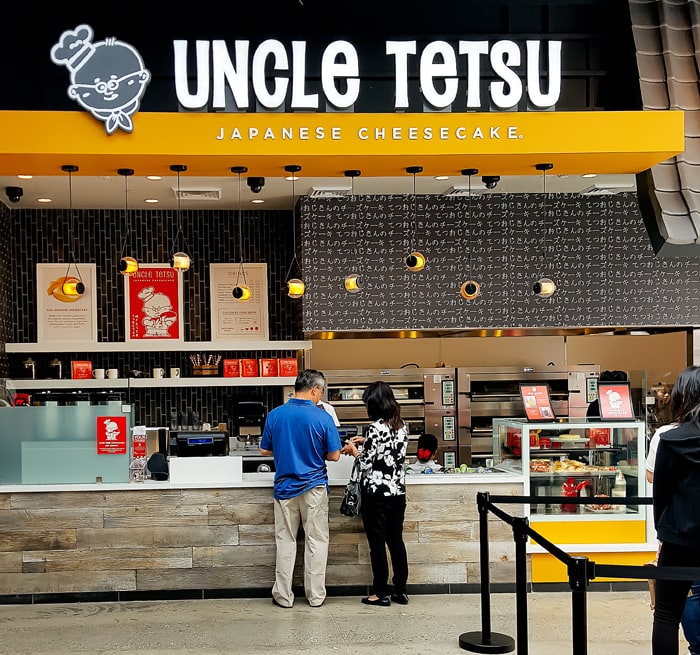 I’ve been curious about Uncle Tetsu for years, having read about their cheesecakes on various food blogs. My brother waited for over an hour in line at one of the outposts in China a few years ago and declared it worth the wait. 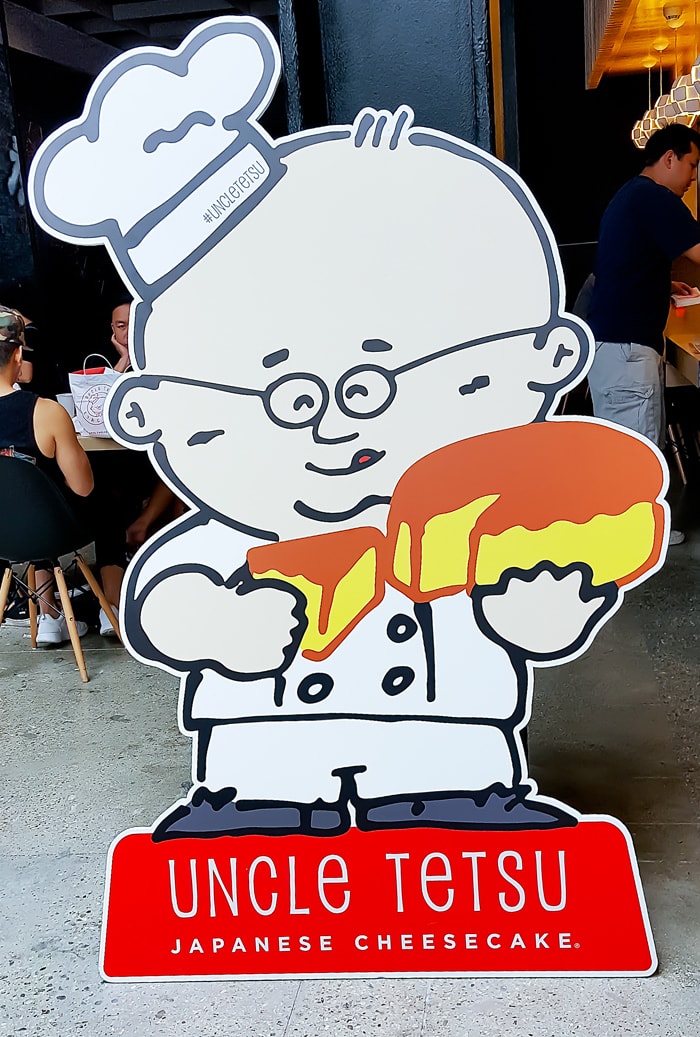 Japanese cheesecake is unlike traditional American cheesecake. Eggs are whipped into a meringue state to produce a very light, airy, and cotton-like texture. It’s more like a sponge cake or chiffon cake, but flavored with cream cheese to create a creamy, melty sensation when you eat it. 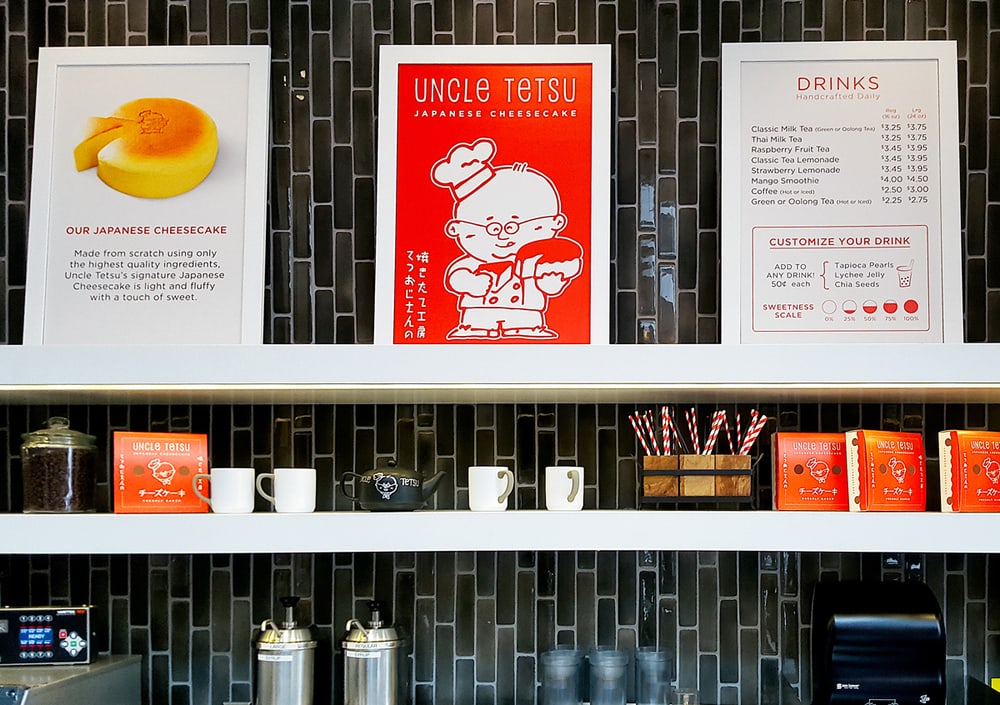 Uncle Tetsu’s version is supposed to be softer, airier, lighter than even classic Japanese cheesecake. After waiting a few weeks for the lines to die down (wait times were more than an hour long the first few weeks), we decided to try out luck last weekend. Fortunately when we arrived shortly before noon, there were only a few people in line. We had our boxes of cheesecakes within 15 minutes. After we finished our purchase though, the line was considerably longer. 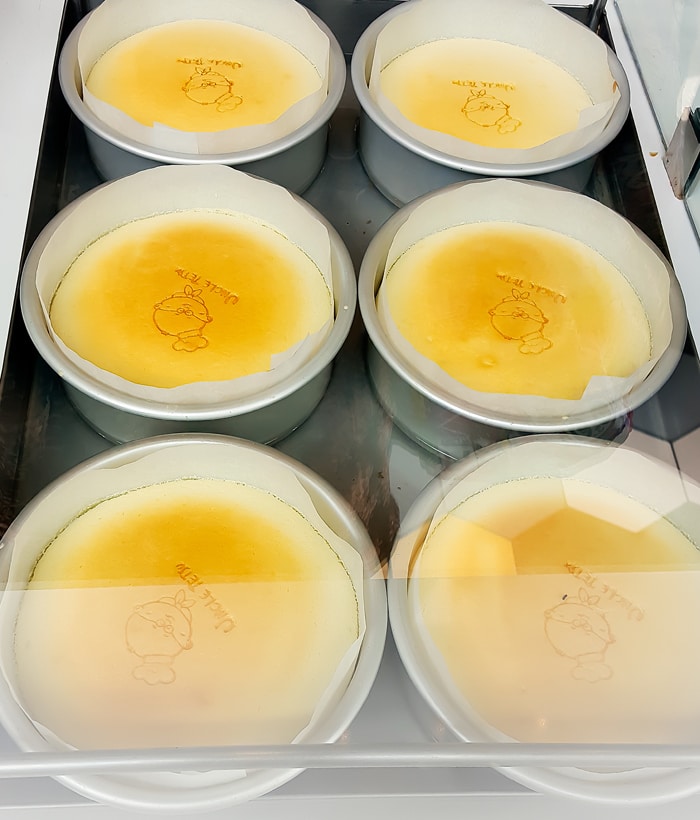 Because of the high demand, there is currently a one cheesecake per person limit. 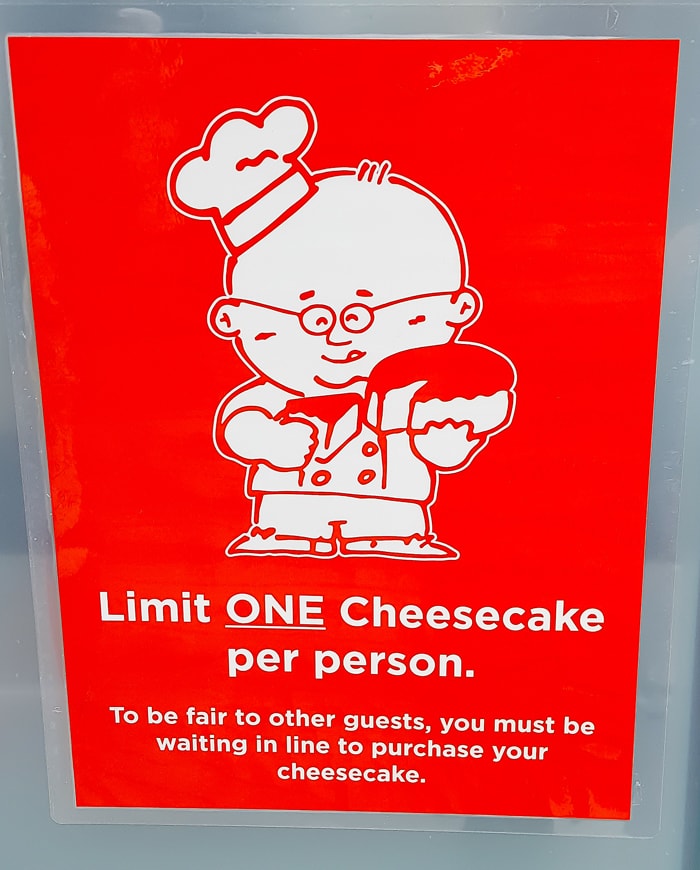 Since there were two of us, we got two. This may seem like a lot, but because the cheesecakes are so light, it’s definitely feasible to finish both within a few days.

They suggest that you taste the cheesecake the first day and then again after a day of refrigeration as the texture and flavors change. (I would suggest holding off on eating it right after you get it. I had a friend who ate it right away and said it didn’t have much taste but that the flavor was much more developed a few hours later.) 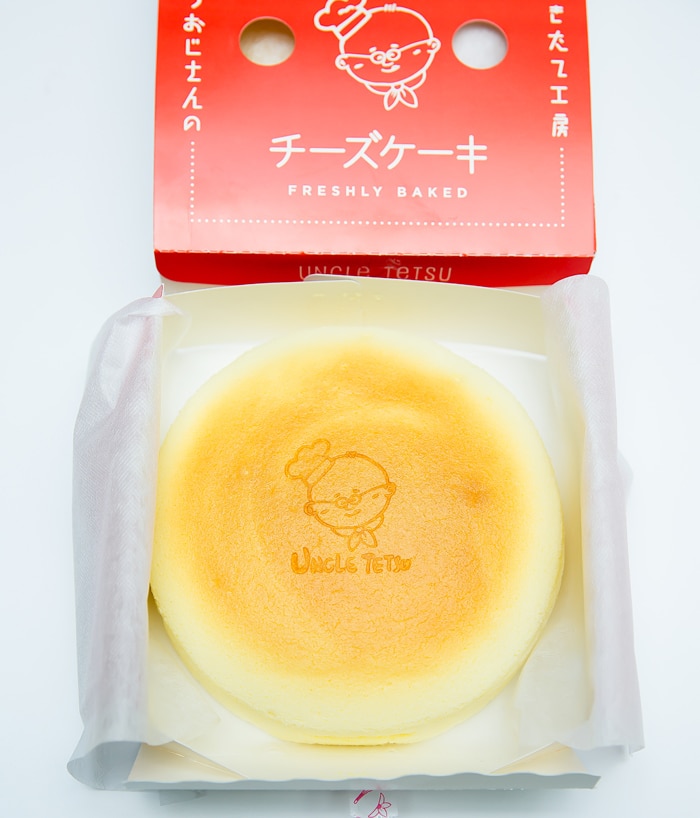 After getting out boxes, we unwrapped one for a quick photo. The cheesecake has a cloth-like wrapper over it and I wish we had been advised to either allowed the cheesecake to cool with the lid open or remove the cloth. As the cheesecake cooled, the cloth sank in and ended up sticking to the surface of the cake, causing the surface to rip slightly when we removed it later that evening. 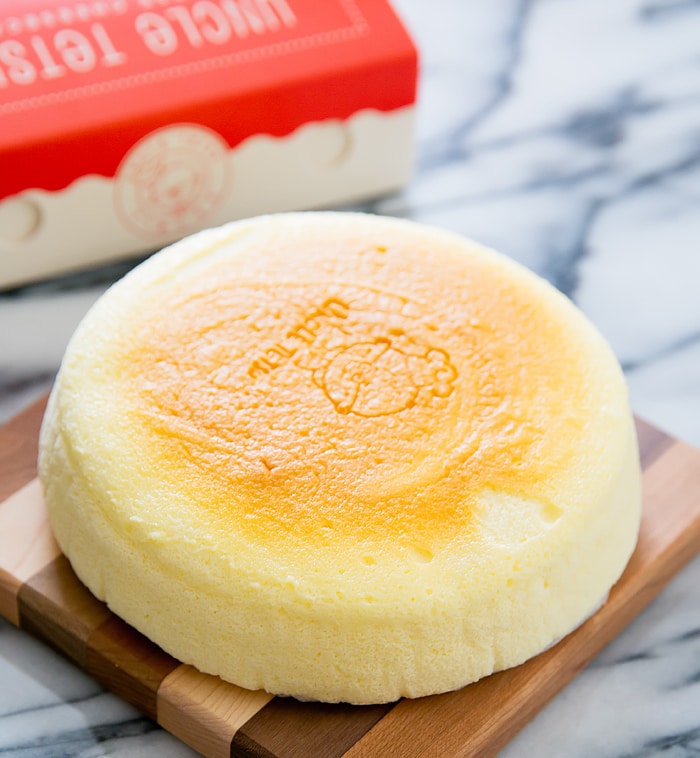 We taste-tested one of the cakes later that night. And you guys, I’m so glad we got two. Because we nearly finished one full cake that night!

I’ve had a lot of Japanese cheesecakes over the years, even trying the famous one in Osaka. But none compared to this. It is the softest, fluffiest, cotton-like cheesecake I’ve ever eaten. And we couldn’t seem to stop eating it. 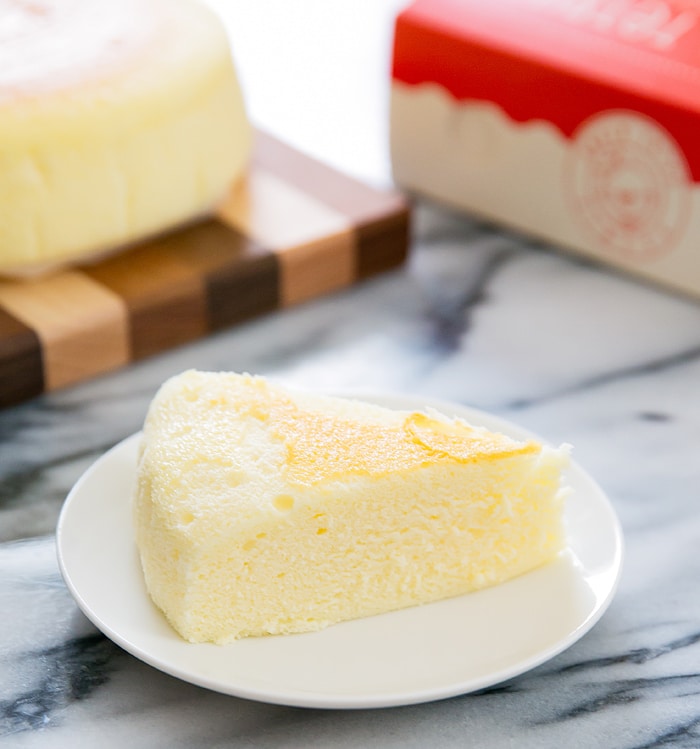 The next day, we dug into the second cheesecake. The tanginess of the cream cheese was more pronounced so the cake had a stronger cheese flavor. The texture of the cake was considerably denser as well. Still fluffy, but not nearly as magical as the first day. The second day version tasted a lot more like Japanese cheesecakes I usually eat in the US.

Overall, we really enjoyed our experience with Uncle Tetsu. It is the best version of Japanese cheesecake I’ve tasted and I don’t know how they get it quite so fluffy. If you plan on going, I recommend you go early in the day. The food court it is in is pretty fun to check out as well. It houses the new Din Tai Fung and several other restaurants. I thought the cake tasted the best the day of but after letting it sit a few hours so that the flavors can settle in. If it’s your first cake though, you should probably save some for the next day as well to see which one you prefer.

You might enjoy my review of Bake Cheese Tart which is located in Los Angeles, too.