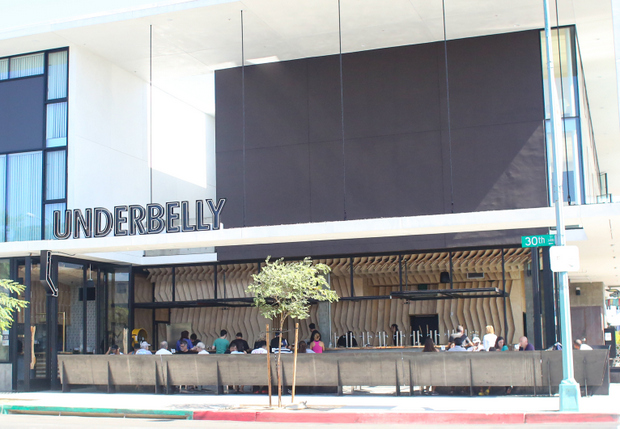 While I’ve never been to the original location downtown, I was curious about this new space, especially with how visually impressive the last few restaurants from Consortium Holdings has been. 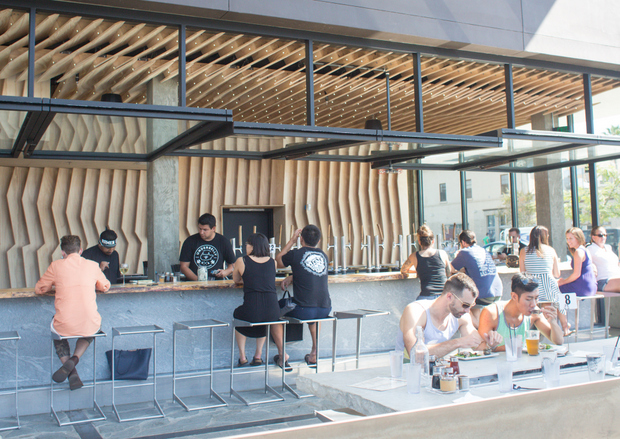 I immediately loved the design. The majority of the restaurant seating is outside on the patio, with an exposed bar and large communal tables. The bar features wood panels that are mesmerizing to look at, as well as large glass windows like the ones at the original location. I’m not quite sure what will happen when the weather turns bad, but luckily the weather is pretty good year-round in San Diego.

The setting, like the original location, is pretty casual. You order at the front, then grab an open seat. Water is self-serve, located behind the bar. 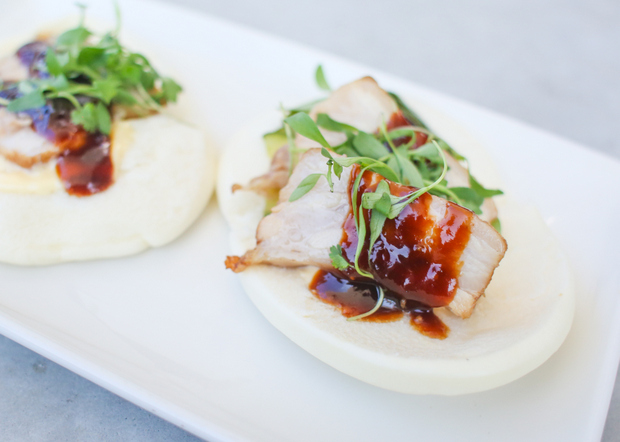 We started with an order of pork belly buns because I’m a sucker for sous vide meat. The pork belly was melt-in-your-mouth tender and served on pristine white buns. My one issue was the pickled cucumbers. Served on the bottom of the pork belly, the cucumbers were warm, whereas they are traditionally served cold.

Belly of the Beast 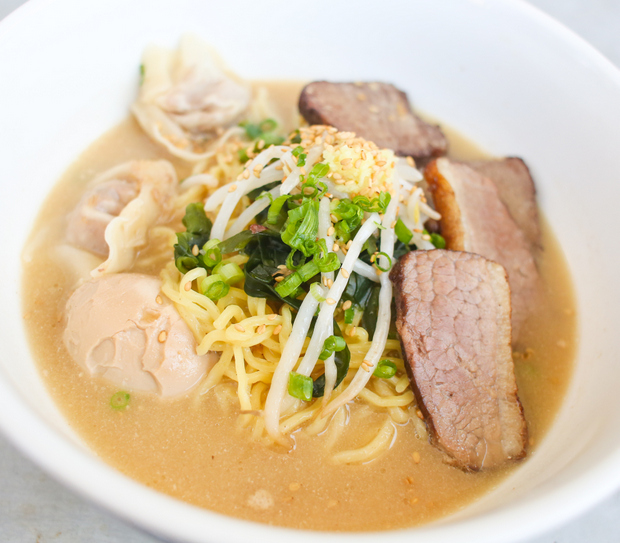 This was my ramen choice. I had mixed feelings about my bowl. I found the oxtail dumplings far too mushy and the smoked brisket lacked a smokey flavor. The noodles had a good bounce and texture, but the broth, while salty and milky, didn’t quite have the deep porky flavor that makes a really good tonkotsu broth. 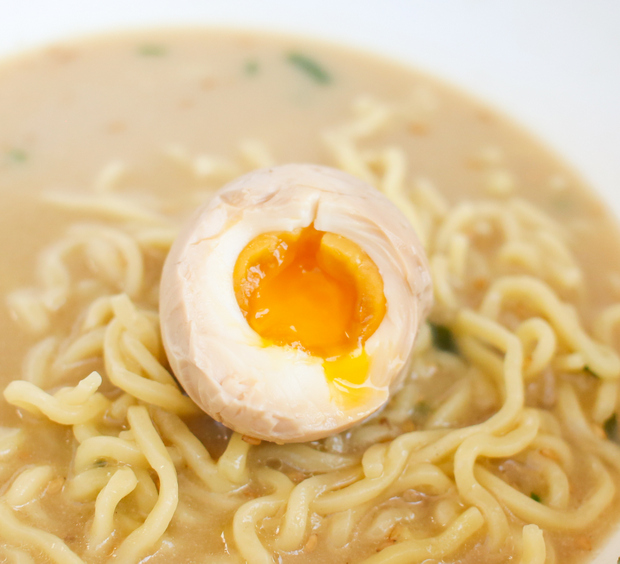 My favorite part of the bowl was the soft boiled egg. It wasn’t very well peeled, but it was cooked just right, with the yolk still slightly runny. 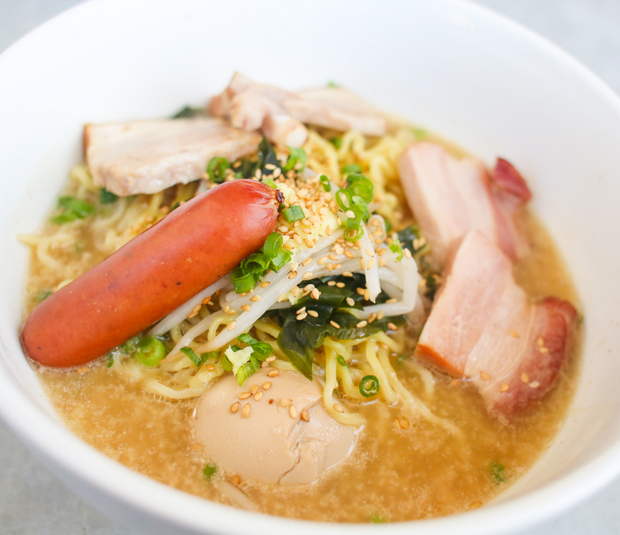 This was Mr. K’s bowl. He too, found the broth too salty, and lacking in depth. The kurobuta sausage had a nice snap to it and was quite tasty. Unfortunately, Mr. K’s egg yolk was fully cooked, showing some inconsistency in their soft boiled eggs.

While we did enjoy the outdoor seating, flies were a huge problem, constantly hovering around the food. Here is one I captured on camera: 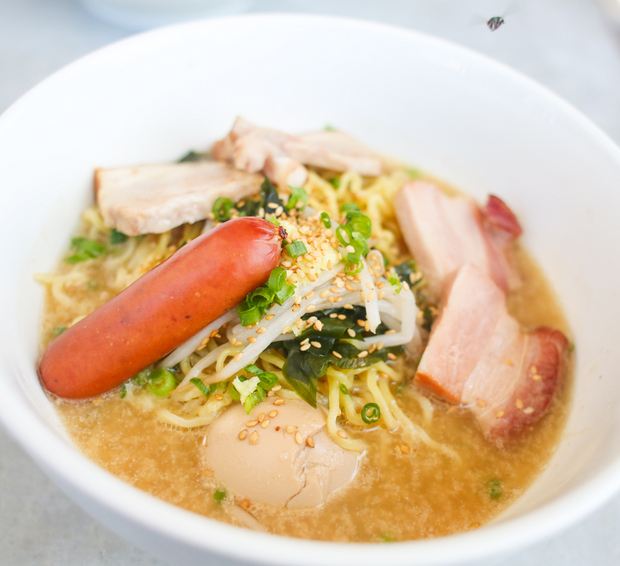 Overall, while we found the surroundings impressive, the food was just alright. I like the variety of non-traditional toppings offered, but found the broth salty and not flavorful enough. If you’re a fan of Underbelly, you’ll likely enjoy this new outpost, but if you enjoy more traditional Japanese ramen, the bowls here don’t quite hit the spot.