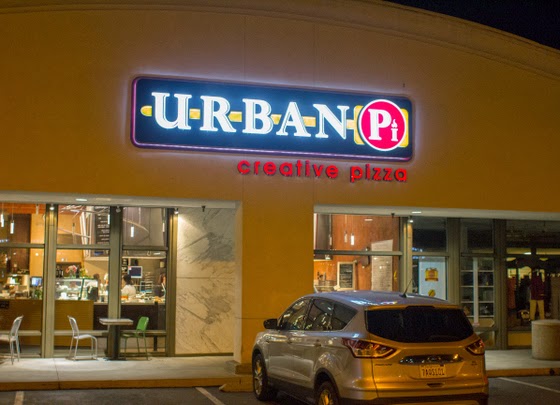 Urban Pi is another fast casual restaurant featuring customizable pizzas with unlimited toppings. Unlike many of the others that have popped up in San Diego, Urban Pi is a standalone rather than a chain, which might also be the reason why it was the most different from all the ones I’ve been to so far. 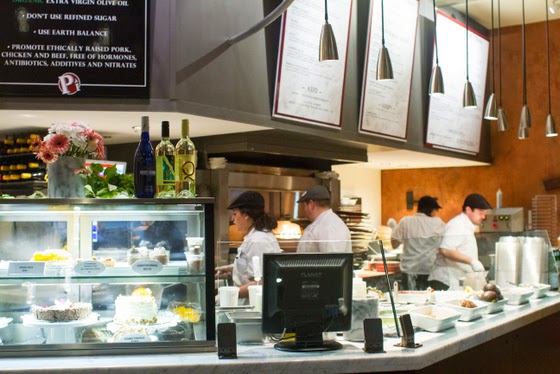 The modern decor gives the restaurant an air of sophistication. In addition to the customized pizza station, they also have a customized salad station, a good selection of side dishes and a glass case full of tempting desserts. There’s a lot of emphasis on organic ingredients. 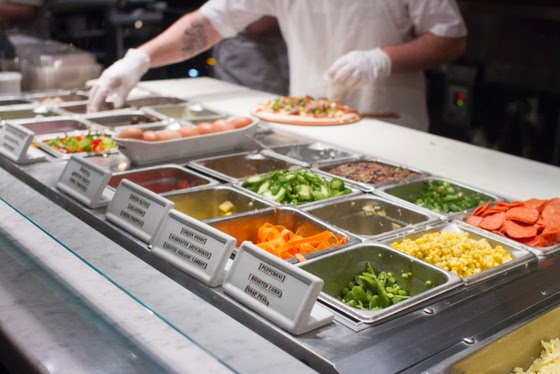 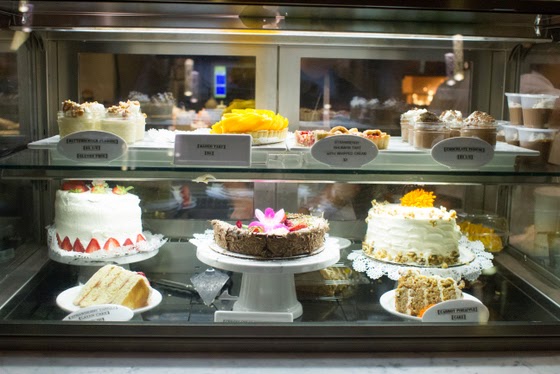 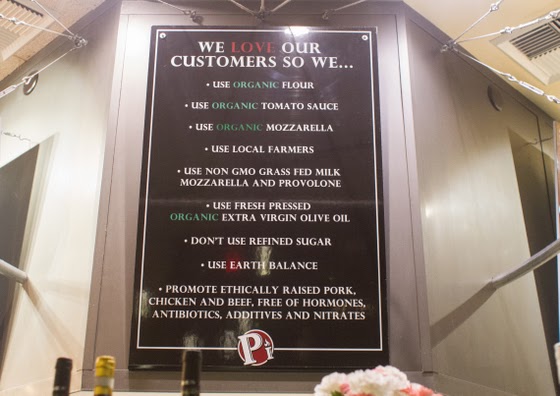 In addition to the usual toppings, a few rare ones we saw included shaved Brussels Sprouts, roasted broccolini, free range chicken and organic egg. Even with all the organic ingredients, the pies are still relatively cheap. At $8 for an unlimited topping pie, it’s about a half-dollar higher than most of the chains. 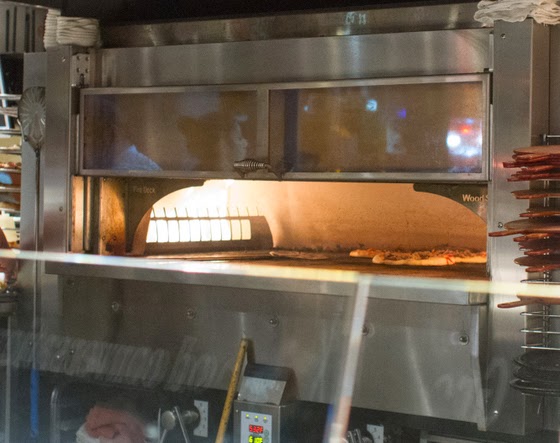 One thing I immediately noticed was that the employees really loaded the pizzas with toppings. I usually get around 6-7 toppings on my pizza and it turns out looking like any other regular pizza. I got the same number of toppings here but both my pizza and Mr. K’s was absolutely brimming with toppings, without us needing to ask for more. 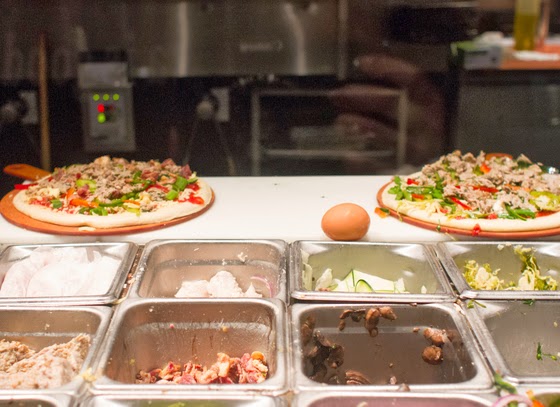 There were so many topping on the pizza, that when I picked off toppings like I always do, the pizzas had no bald spots from missing toppings. They still looked quite flush with toppings.

The next thing we noticed was that the pizza crust is quite thick. It’s almost deep dish-esque, especially compared to the other fast casual custom pizza places we’ve been to which usually have a paper thin crust. 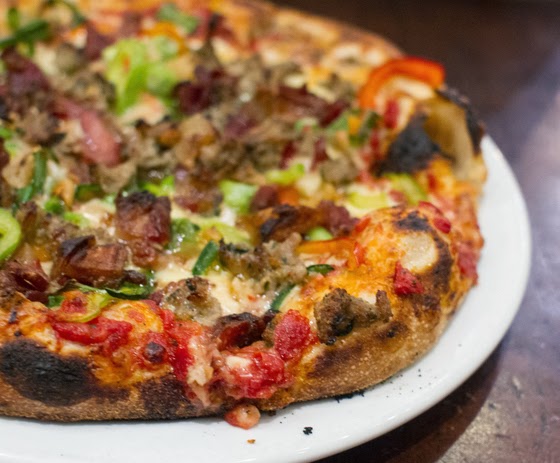 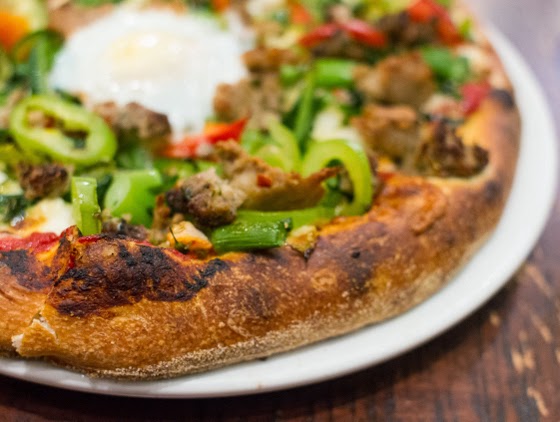 Despite the thicker crust though, it didn’t really hold up the ingredients. After dripping tomato sauce and cheese on my pants, I decided this was more of a knife and fork affair. 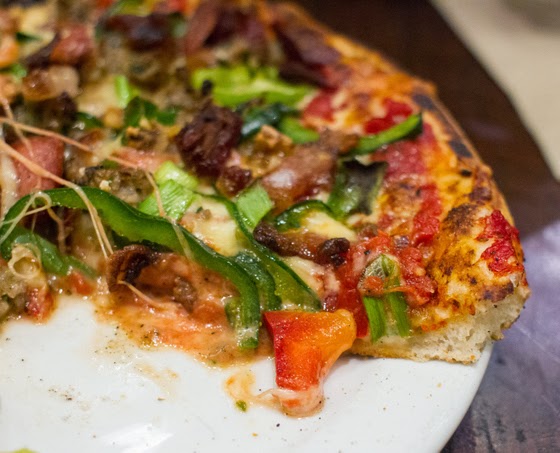 The pies didn’t take too much longer to bake, we waited approximately five minutes more than usual, but it was still relatively fast. And while the crust looks thick, it had an airy lightness to it and a satisfying crunch. 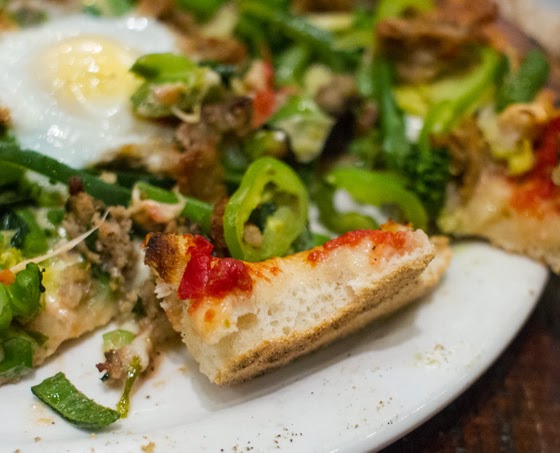 So here are our actual pies: This was Mr. K’s choice. 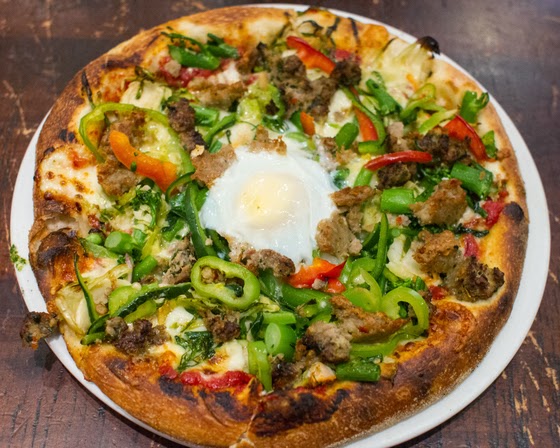 This was mine. I was quite excited for the egg to be cooked on top of the pizza. Interestingly, instead of traditional slices, they sliced the pizza in irregular shapes so that the center egg  sit on one whole piece. It made that piece a little easier to eat, though I didn’t quite like what it did for the other slices. 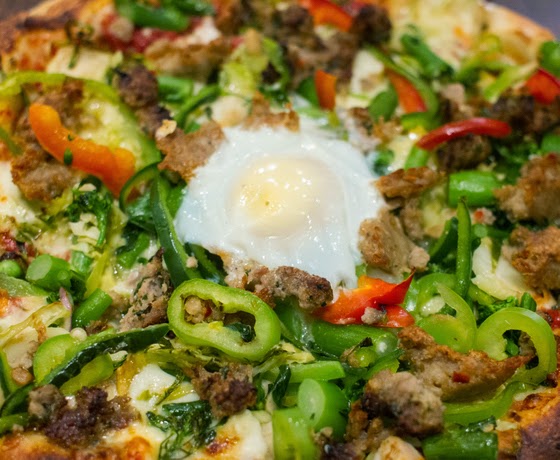 Even though the crust needs a little longer to cook, the toppings didn’t get burned, which was a relief. We recently went to another place where some of the toppings got dried out and slightly burnt during baking.

Another aspect I liked was the service. While the other places we’ve been to encourage you to bus your own table when you finish, they will clear your plates off here when you are done eating.

We enjoyed our pies but we didn’t love them. I can’t quite put my finger one why. I think it may just come down to preference. We both like the thinner crust options we’ve had at other places better and feel like we’ve had more flavorful crusts, sauces and topping at other places. However I still think it’s worth a visit. It’s only $8 for a customized pie and there are many other food items to get while you are here.

Here is the full menu.