Village North recently had their grand opening at the end of May. The restaurant specializes in Northern Chinese cuisine which we don’t have a lot of in San Diego. 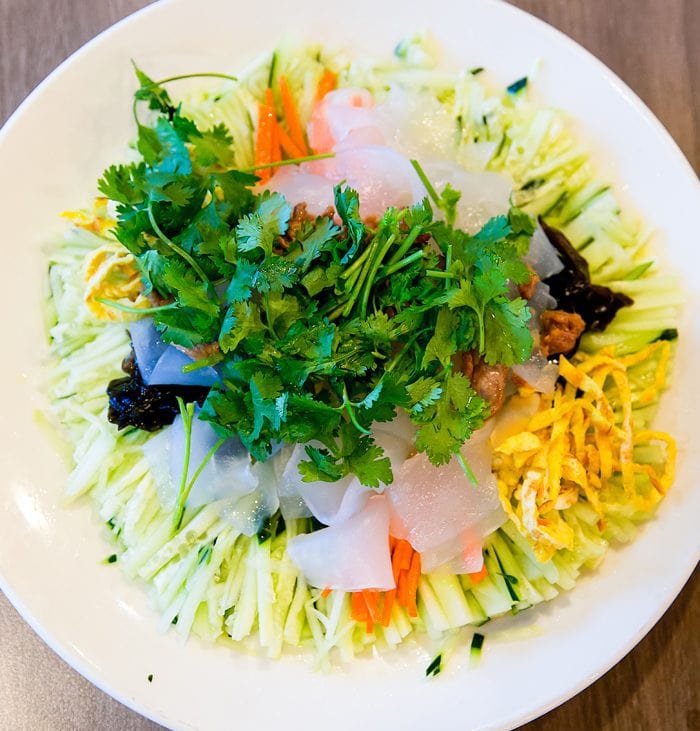 Village North has actually been open since the end of last year (Kirk visited back in December), but they did not have their official grand opening until Memorial weekend. 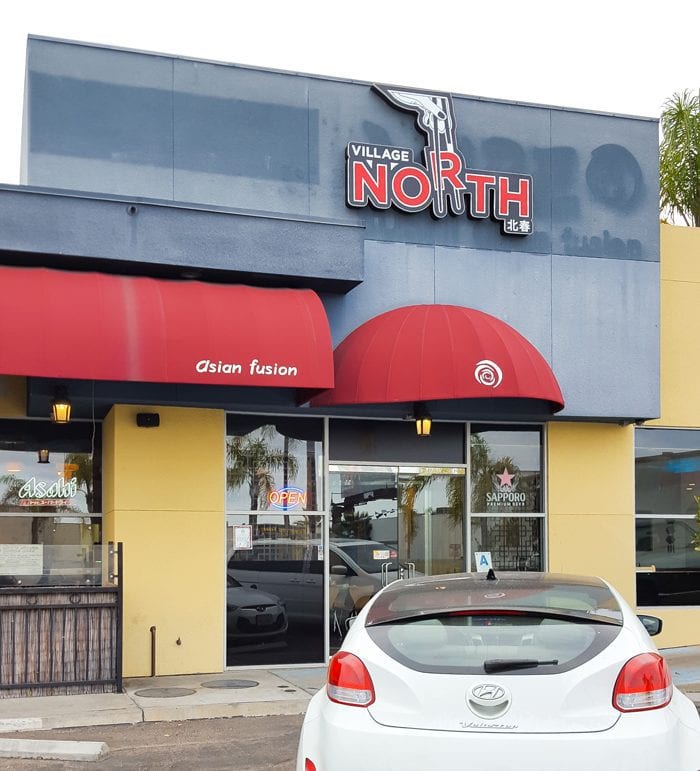 While the restaurant focuses on bringing a taste of Northern China (which is the region the owner is from), you’ll also find popular classic dishes from the Southern region of China and Chinese barbecue skewers on the menu. This is because the restaurant actually has three chefs, one to focus on Northern Chinese, one for southern and one for barbecue. 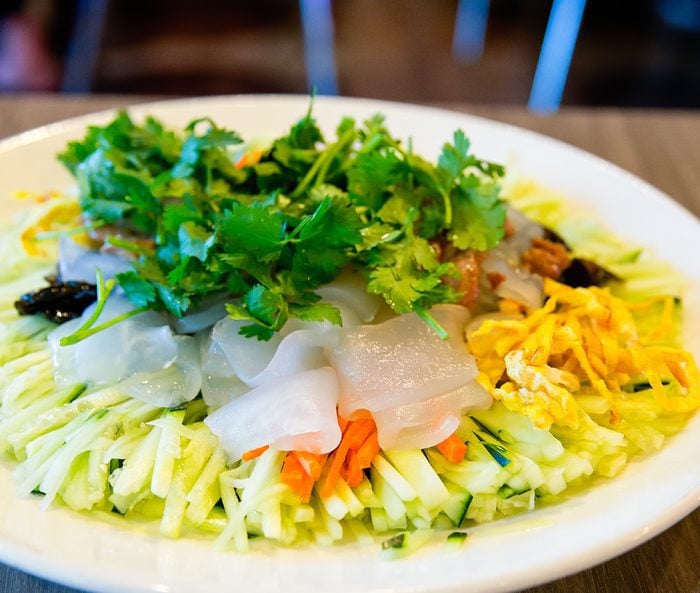 This cold noodle dish is quite colorful, served with an array of julienne carrots, cucumbers, egg, and wood ear mushrooms. It’s served with a side of sesame dressing, which you are supposed to mix in with the noodles and vegetables. 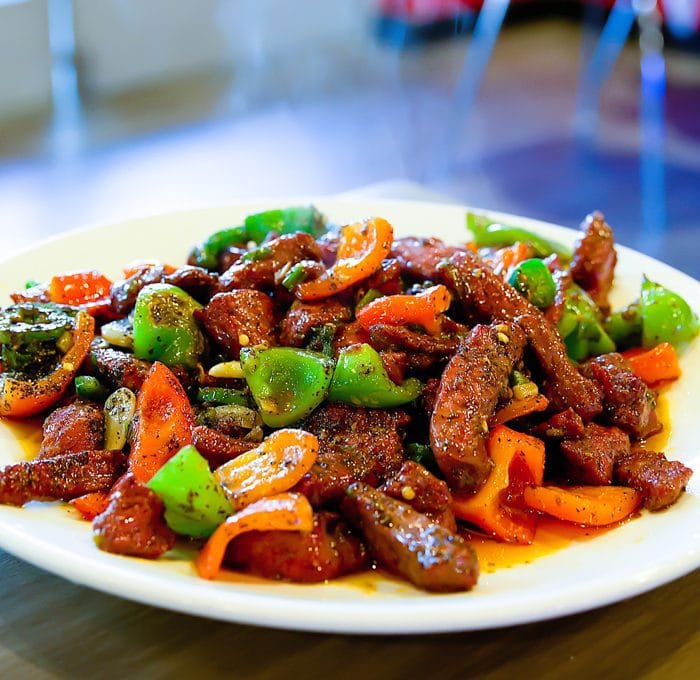 This is one of our favorite dishes here. The flank steak used is a nice quality and it’s well seasoned with a lot of pepper. I originally mistook this dish for black pepper beef from its appearance, but that’s actually a different entree on the menu. 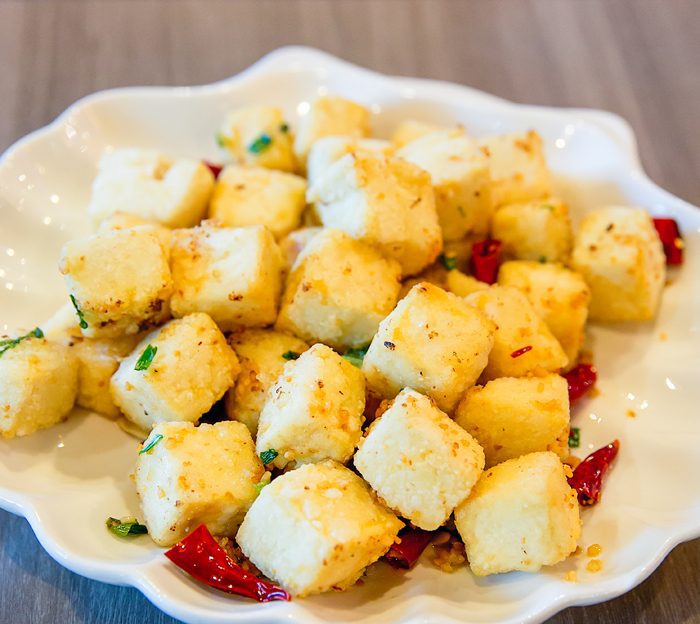 The tofu is has a light crispy coating, giving way to a silky soft interior. The cubes of tofu are dusted with a salt and pepper seasoning and the red peppers provide a little heat to each bite. 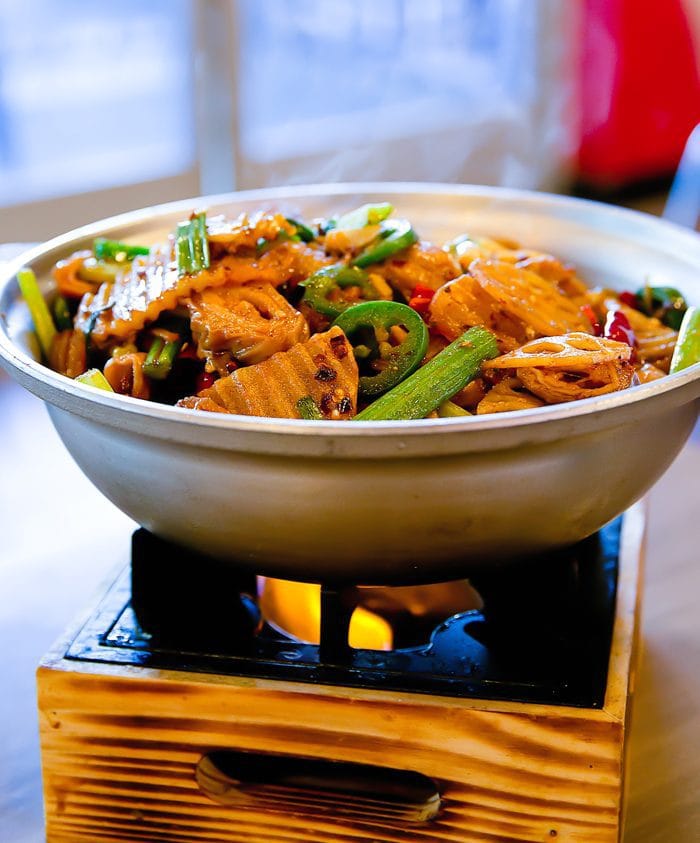 I wanted to try this after seeing it on Kirk’s post as it was one of his favorite dishes. I was impressed with the generous portion of intestines contained in the pot. Usually restaurants will fill the bottom of the dry pot with a cheaper ingredient, like bean sprouts. But when we packed up the leftovers, I was pleasantly surprised to find that the pot was mainly filled with the pork intestines and lotus root slices–enough for several meals after.

The pork intestines were also nicely cooked, and I really enjoy the mild tingly numbing sensation you get from the peppers. The dry pot was not nearly as spicy as most other versions we’ve had. I think in general, the spice level is toned down at Village North. 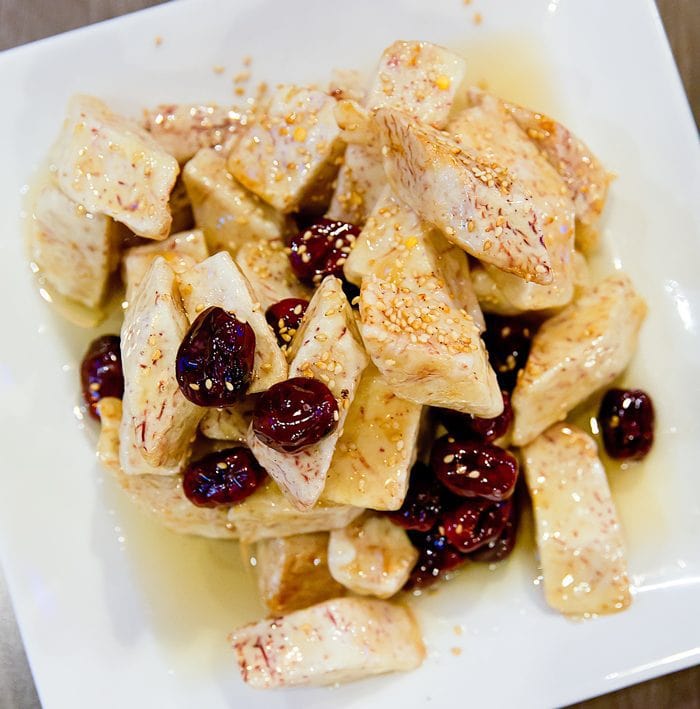 Taro is fried and then coated in sugar. It’s served with a bowl of cold water. You are supposed to dip the taro in the cold water, which quickly hardens the sugar coating surrounding the taro, before eating. It’s a fun dessert and I’ve never had taro prepared this way before. 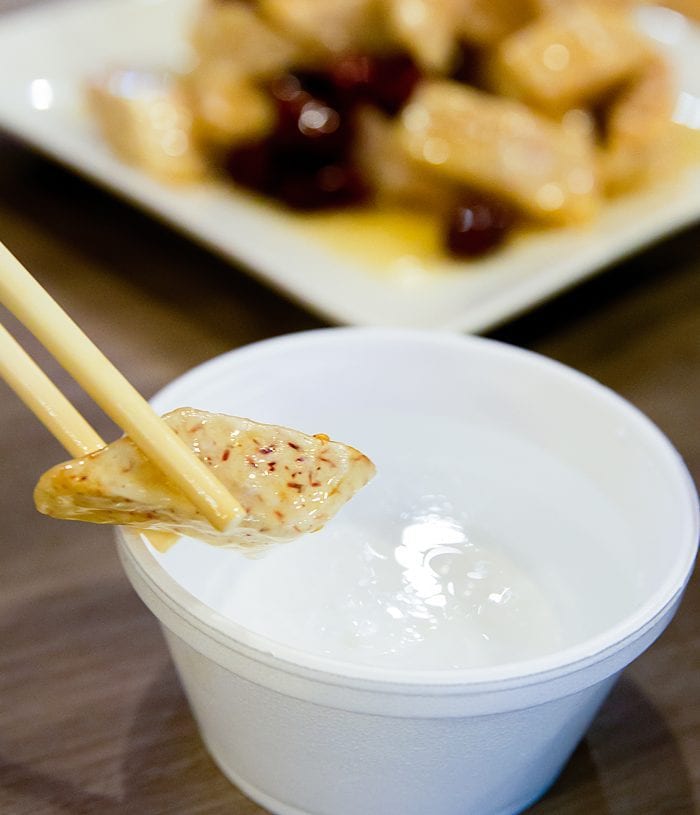 Overall, we had a good meal here. The portions are large and the menu has a wide selection of offerings. We haven’t yet tried one of their signature dishes pickled cabbage and pork hot pot, so we will have to come back for that next time. They did seem a little short-staffed during our visit, as it was hard to get the attention of anyone when we needed something and we noticed other customers having a similar issue. However, the staff were all very friendly and working hard. It’s nice to see Northern Chinese cuisine being offered in San Diego and the restaurant is also open late. 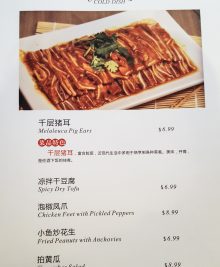 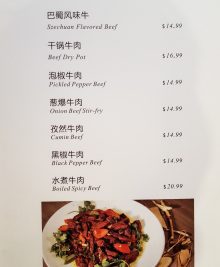 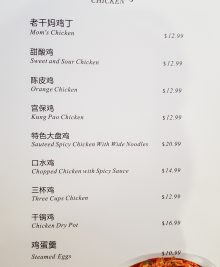 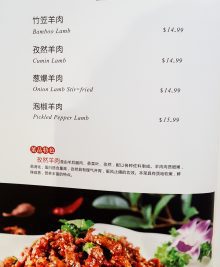 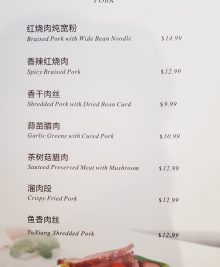 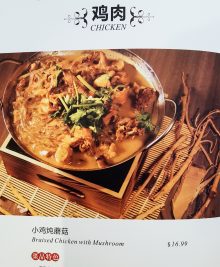 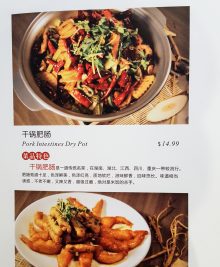 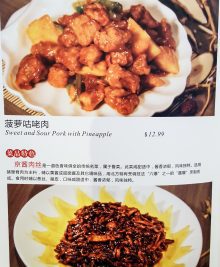 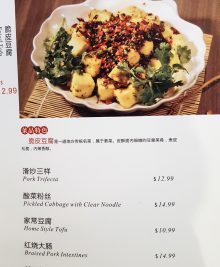 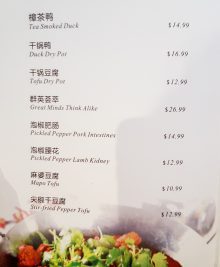 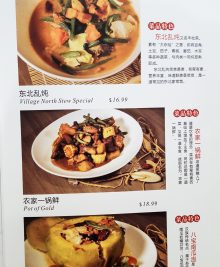 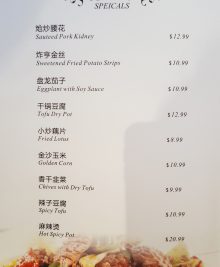 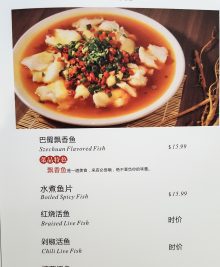 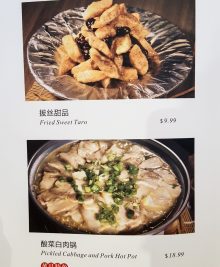 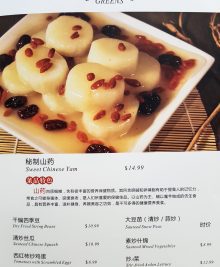 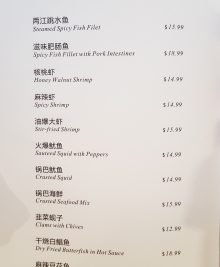