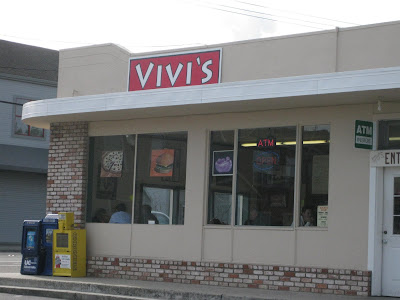 There is this area back home that is an a dead zone for food businesses.  Despite lots of traffic, restaurants rarely survive and you constantly see ones opening and closing a few months later.  The one exception seems to be Vivi's, a little hole in the wall joint that has managed to keep a steady stream of customers for as long as I can remember.

The sign just says "Vivi's" now, but it used to say something like "Vivi's: Falafels, Pizza and Burgers."    A glance at that sign would be confusing for most people, as it was for me.  To make things even more confusing, the owners are Korean (though I believe it used to be owned by someone else. I'm not sure when it changed).  Could a place offering such a diverse menu be any good? 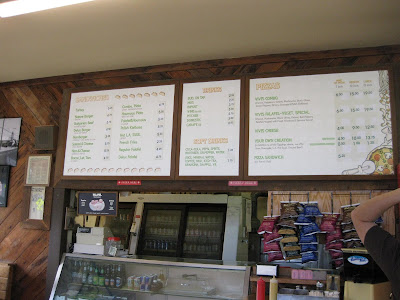 For years, I would pass by but I never ventured in.  Then finally, I went with a close friend who was craving their falafels.  The Falafels were so tasty!  Chock full of flavor and a little bit spicy and fried perfectly on the outside.  My brothers like to come here for the burgers, but I'm pretty much stuck on the falafels and can't eat anything else.

The interior is quite interesting.  Whoever decorated appears to be quite the James Dean fan as the entire restaurant is full of pictures of him.  One might think they were walking into a museum for him.  There are a few tables and some benches.  Vivi's mainly caters to the lunch crowd. 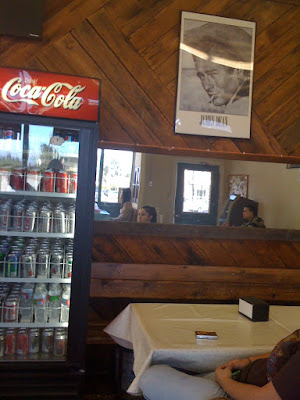 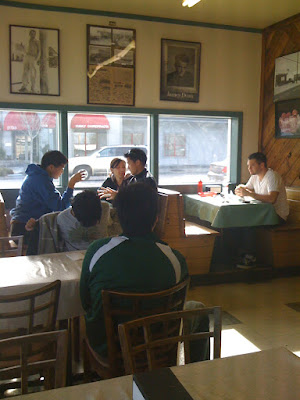 I usually order the falafel sandwich, but I wish they just had a side order of falafels.  The sandwich portion is alright.  The pita bread is store bought.  The sauce is a little too much and it's hard to eat it without making a mess.  And there is too much lettuce in my opinion.  But the falafels are amazing. 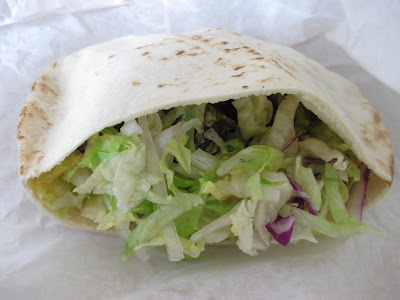 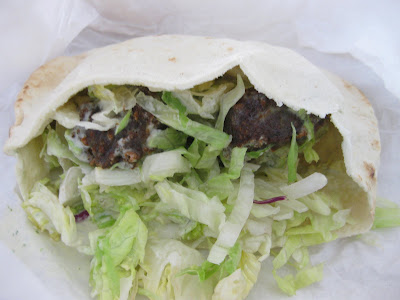 I asked the owner if I could just get falafels, but she said the only option was getting a falafel plate, which gave me a couple extra falafels sitting on a bed of hummus and pita bread. 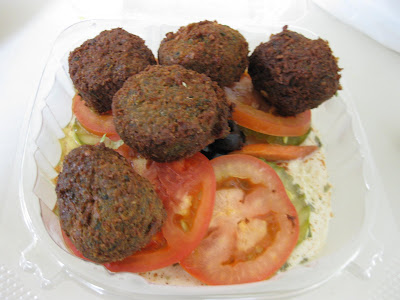 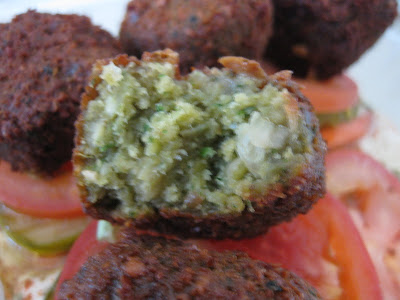 Some places overfry their falefels.  These are crunchy, moist spicy.  It's like eating french fries.

One comment on “Vivi’s Restaurant: Falafels, Pizza and Burgers”