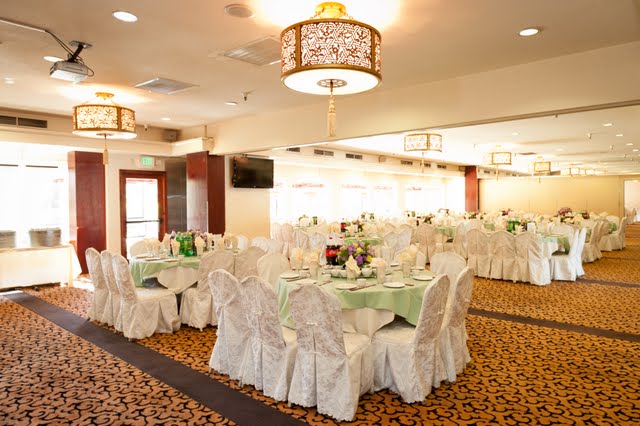 Alright, so I still have a lot of wedding posts to share, but I just got my photos back from my photographer and so let’s get to the part I was most excited for, the wedding banquet!

I knew I wanted to show all the wedding food on my blog and made sure to tell every photographer I met with that they would have to photo the food for me. I had no idea what sort of photos I wanted, poses, etc, but I knew I wanted food photos. I think the photographers thought I was a little nuts.

For our reception, we did a traditional Chinese wedding banquet. It’s something I’ve wanted since I was a kid. Surprisingly, my parents didn’t insist on it and even suggested I just do a catered American style wedding reception, but I balked at the idea. Yes I’ve been to some delicious American style wedding receptions, but nothing has really ever matched up to the elaborate Chinese wedding banquet (except for maybe the Indian Wedding Feast I went to two years ago.)

In Chinese culture, the lavish wedding banquet is a symbol of good luck and prosperity. The idea is if you throw a large celebration, the bride and groom will also be prosperous in their life together. The dinner consists of multiple courses (in the US it’s usually around 9 or 10, in Taiwan it’s around 12). Expensive ingredients are used, with an emphasis on seafood. Each dish chosen also has symbolic meaning too (though some of that has gotten lost in the US and not all of the traditional dishes are served). 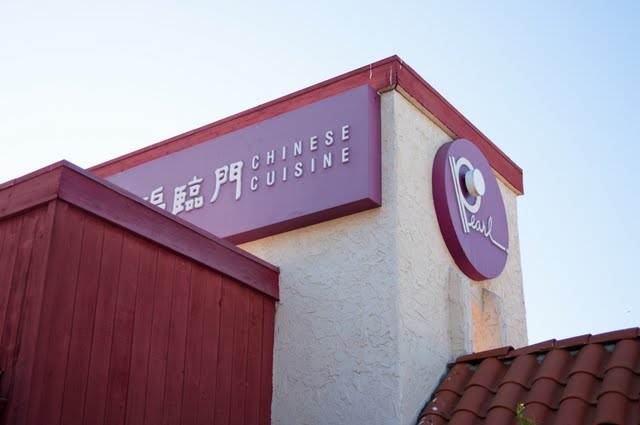 Since we were having our wedding in San Diego, we had limited options. We ended up choosing Pearl Restaurant in Rancho Bernardo. You may remember I paid a visit to Pearl for the first time last year. Yup, it was to scope out the venue for our reception. I adored the beautiful park outside and the restaurant was big enough for our needs. 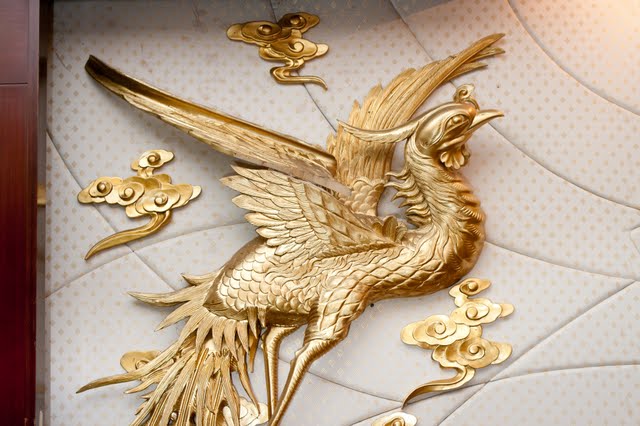 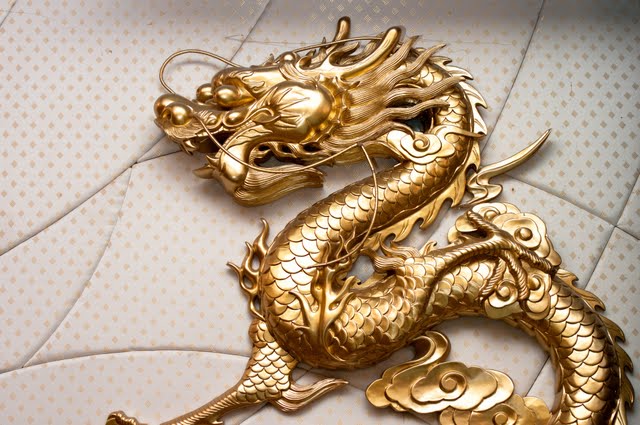 Our menu consisted of 10 courses total, with 8 main courses because 8 is a lucky number in Chinese culture. Most dishes represent a dragon/phoenix (Ying/Yang) theme. In a marriage, the dragon symbolizes the male role while the phoenix symbolizes the female role. 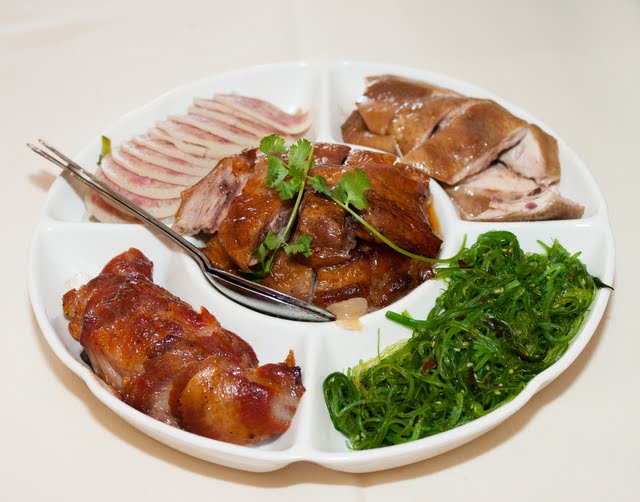 The appetizer was a combination cold plate of various meats and jellyfish that are arranged to represent the dragon and the phoenix, to symbolize the union of two creatures. 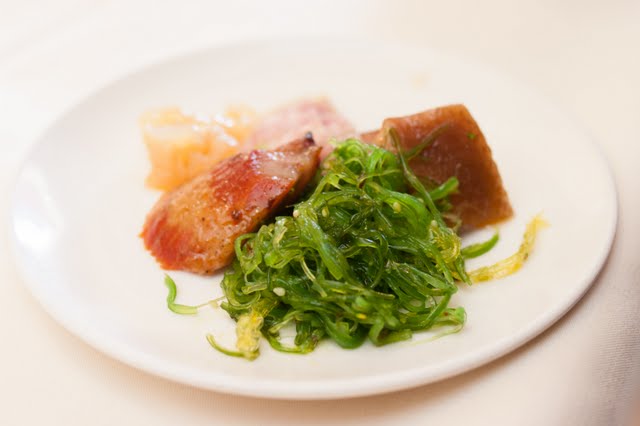 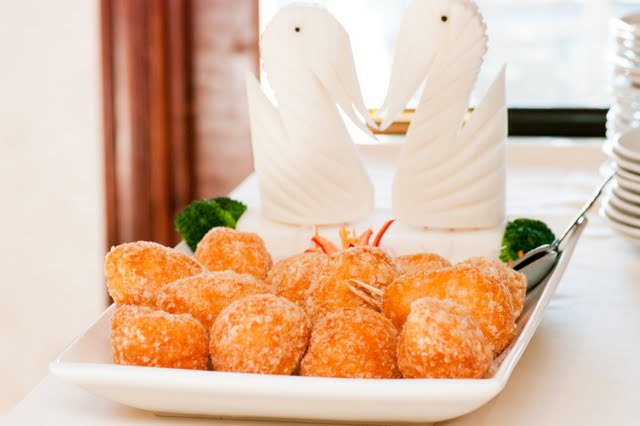 These were humongous. I’m not sure if you can tell that from the picture, but each stuffed claw was close to twice the size of a golf ball. 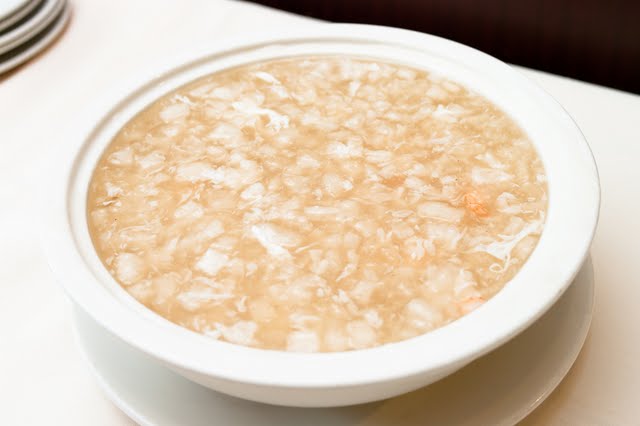 Seafood soup contains expensive ingredients, to signify the future prosperity of the marriage. (No, shark fin was not served.) 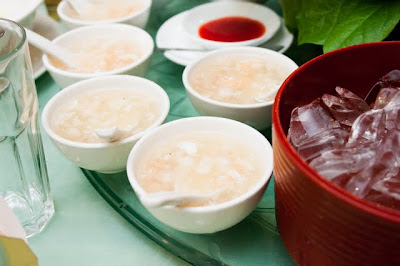 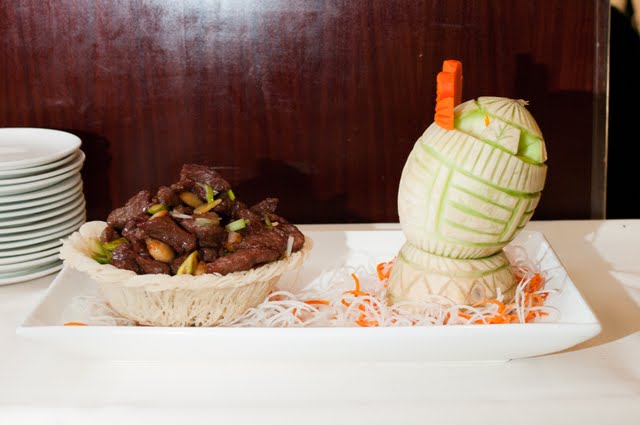 No real explanation for why this one is served other than that it uses steak and it’s a popular dish at this restaurant. It was a little on the salty side. 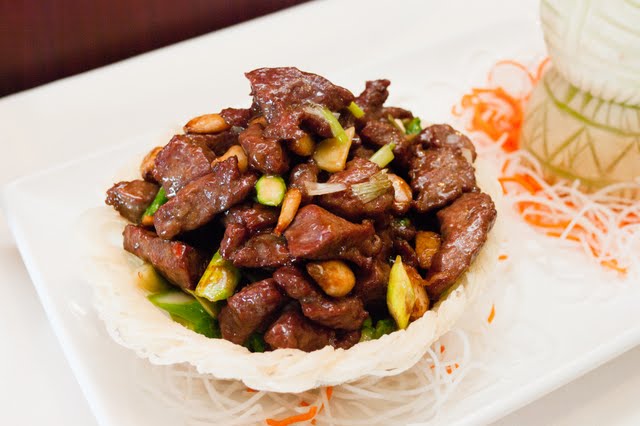 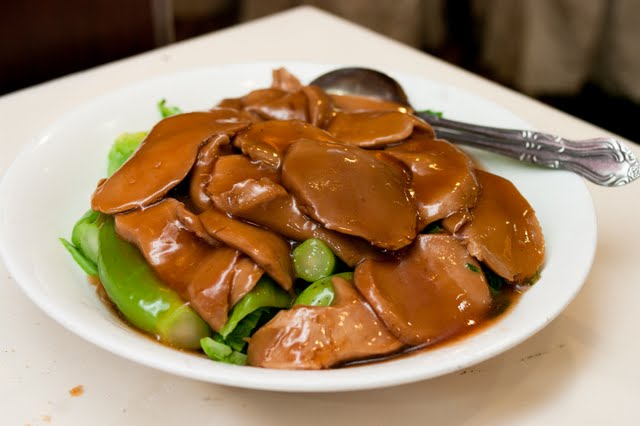 Mixed vegetables and mushrooms. They used a bitter Chinese vegetable, so a lot of my guests didn’t like this. They hadn’t specified which vegetable they would be using and I was surprised they chose this one.

Lobster with ginger and scallion 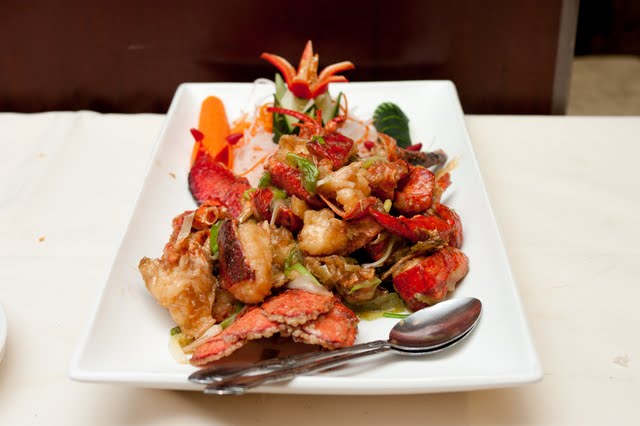 Lobster is served because red is a good luck color and because lobster represents the dragon.A lot of the dishes have carvings as decoration. You can’t see it from this picture, but they actually cut out lobster shaped cucumbers. 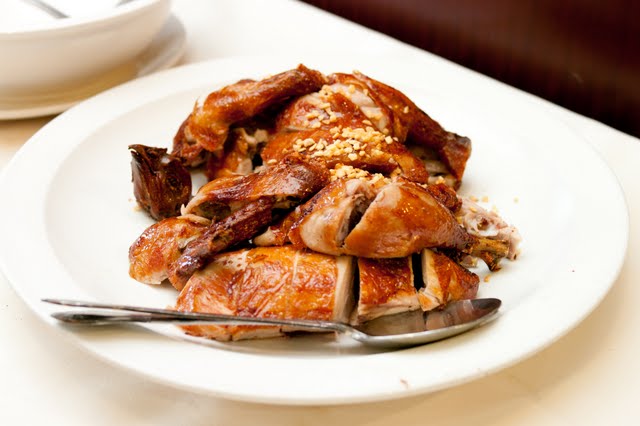 Chicken is served because it represents the phoenix. Combining the chicken and lobster shows harmony. 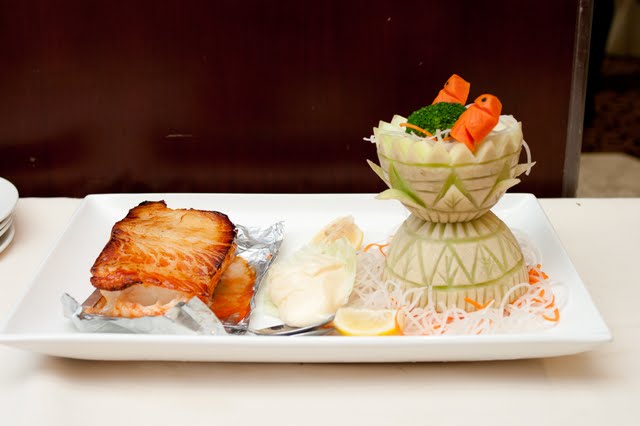 Fish is served because the pronunciation of fish is the same as “abundance”, wishing the newlyweds wealth and prosperity. Traditionally, the fish is served whole, but the Pearl version was just a fish filet. However people really loved this one. It was the most raved about dish of the night from my guests. Unfortunately, I only had a small bite of it, so I didn’t really get to enjoy it myself. 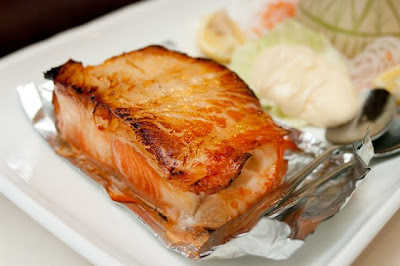 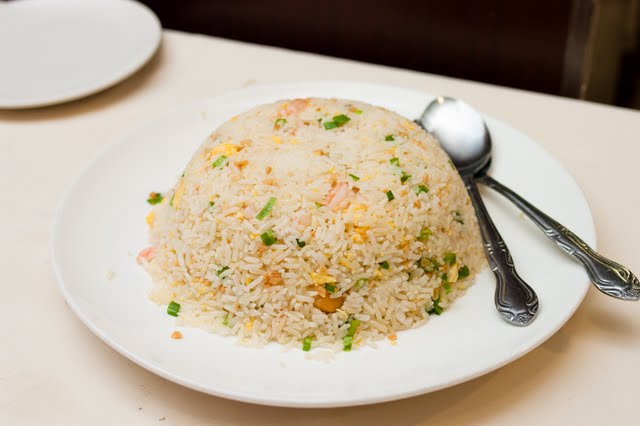 Traditionally the last main course is a fried rice.  A large dish of rice symbolizes a plentiful supply of food throughout the couple’s life. 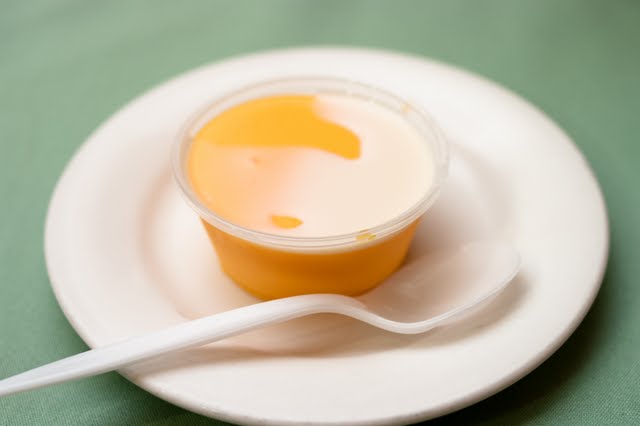 Dinner ends on a sweet note to wish the couple a sweet life together. In Taiwan, it’s traditionally sticky rice ball soup, but that wasn’t an option at Pearl. The mango pudding was really good, though I was disappointed with the presentation. I thought they could have done something a little nicer than plastic cups and maybe put some fruit on top for decoration?

I was constantly told that the bride and groom never get to enjoy the reception food because they are too busy talking to all their guests. I told everyone I was determined to enjoy my food no matter what. And I can proudly tell you that I ate some of every course. And still managed to spend time with all my guests. We actually went around to every table and did the traditional Chinese toasts too. One of the reasons I was able to eat everything was because for the head table, the manager herself dished out all the food to each individual, instead of it being self-serve family style like it was at the other tables. So even when I left, I would come back to find my food still waiting for me in my plates. 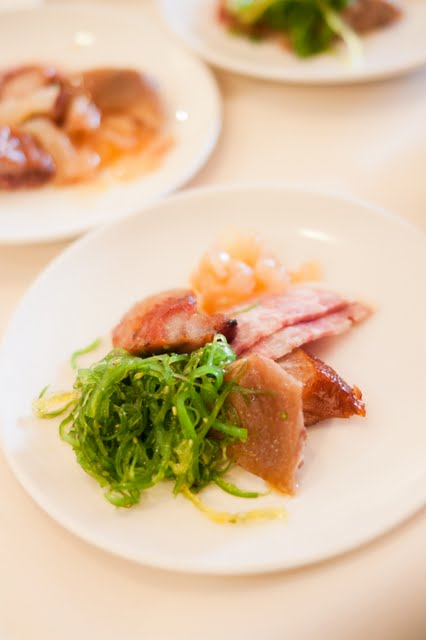 For the most part, we were really pleased with how everything turned out. The restaurant manager was easy to deal with and they were able to set up a dance floor, candy bar, welcome reception, bar area, and give us tablecloths colors of our choice. They were also able to close off our section of the restaurant entirely so we didn’t have any strangers eating at neighboring tables. The only frustration I had was with the staff, which seemed to be pretty incompetent when the manager was not around. 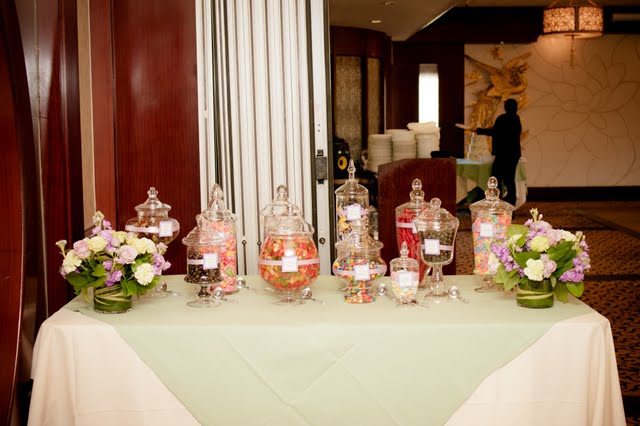 Food-wise, I was really impressed too. We had eaten only the regular menu items and found them to be pretty good for San Diego standards. I had worried that their banquet menu may not live up to the banquets I’ve had in the past, but I was impressed. The banquet food was infinitely better, the quantities were very generous, and people could barely eat after the fifth course. 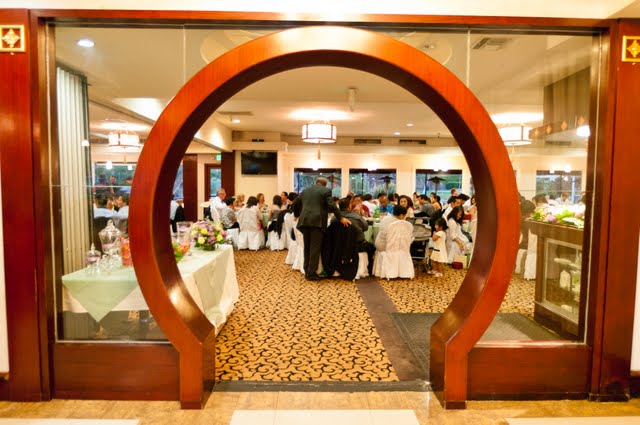 About a year ago, I came across a post from Gastronomer, where on their wedding anniversary, she and her husband actually ordered their wedding banquet again, just for the two of them! It was the craziest idea I’d ever heard, and yet I secretly thought it was also brilliant. When I showed DH the post, he just thought it was crazy. During our wedding meal though, he whispered to me in a small voice, “Can we order this again later?” So who knows, maybe you’ll see this wedding banquet repeated again on the blog next year. 😉