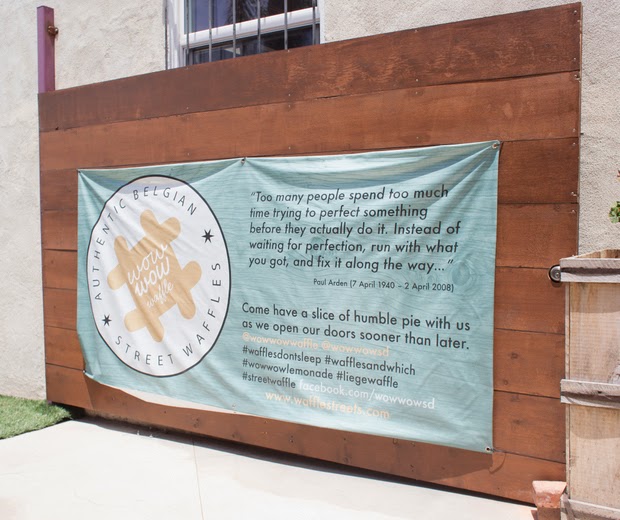 WOW WOW Waffle, with stands at various farmer’s markets in San Diego, recently set up a permanent space behind 30th Street Laundry. They specialize in sweet and savory liege waffles. 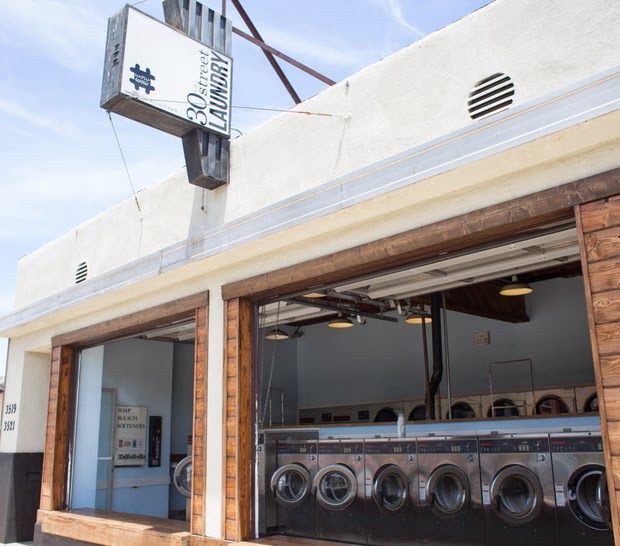 Once you rear around the corner, you’ll be treated to an open space decorated with reclaimed wood furniture. 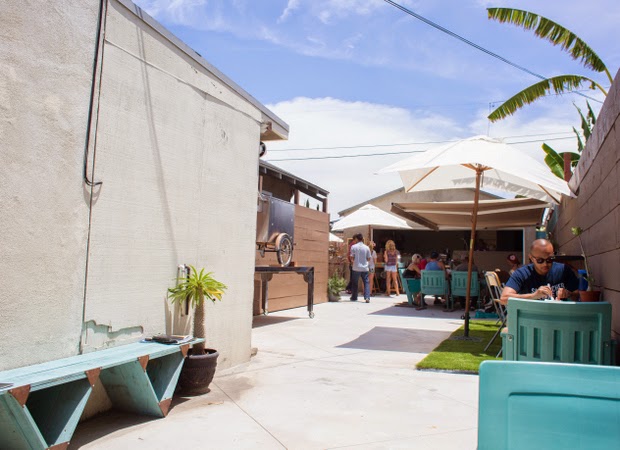 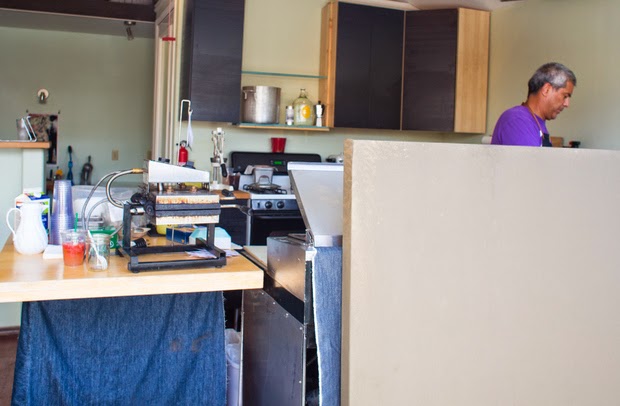 Liege waffles are yeast-based, with a dense, bread-like texture making them perfect in sweet and savory form. On the day we visited, there were seven options available. 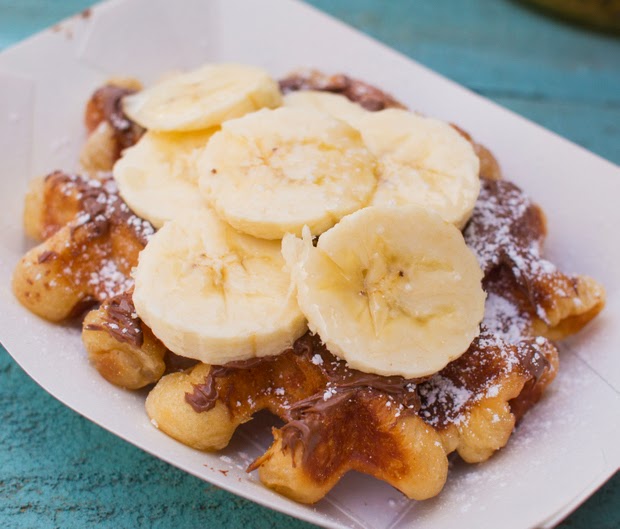 I chose the banana Nutella waffle. The waffle had a thin layer of Nutella spread and was topped with fresh banana slices. The texture of the waffle was pretty good, with all its layers distinguishable once you bit in. My one issue was that the exterior wasn’t as crisp as I would like. I don’t know if it was because of the toppings or because the waffles needed just a tad longer in the waffle iron. 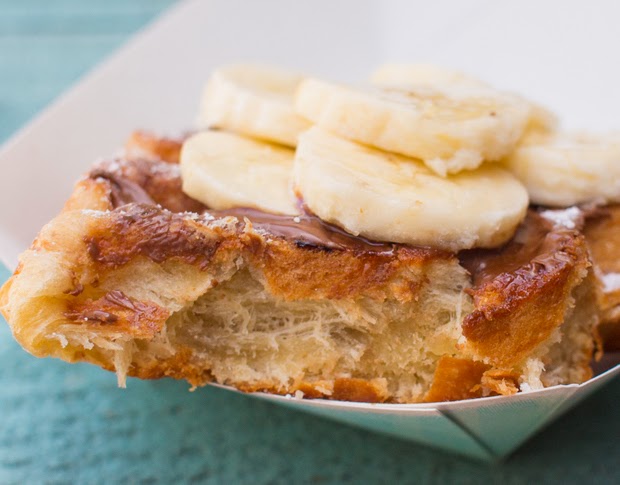 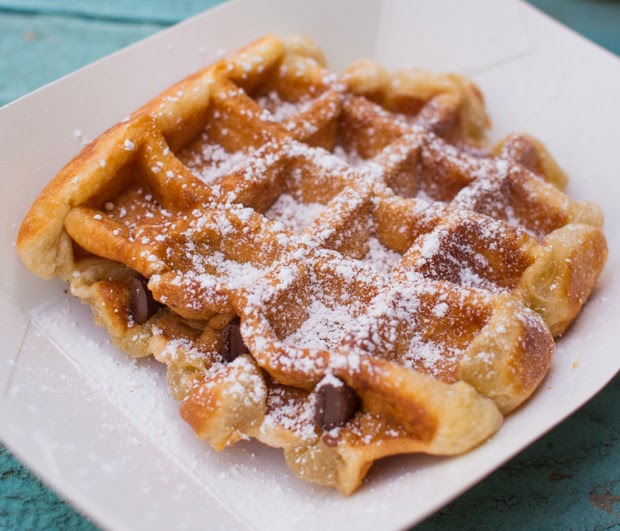 We were looking for a plain waffle to try, but didn’t see it on the menu, so instead we ordered this chocolate infused one which was the closest to a plain one we could find. Again, the waffle lacked the crispy edges, but the interior was quite delicious, especially with chocolate evenly sandwiched between.

Overall, we had a good time here. These aren’t the best liege waffles I’ve had, but they were fairly good and we don’t have many options in San Diego for liege waffles. The owner and staff were also extremely friendly and attentive so I’d like to come back and try some more.

For another post, check out CC’s visits here and here.