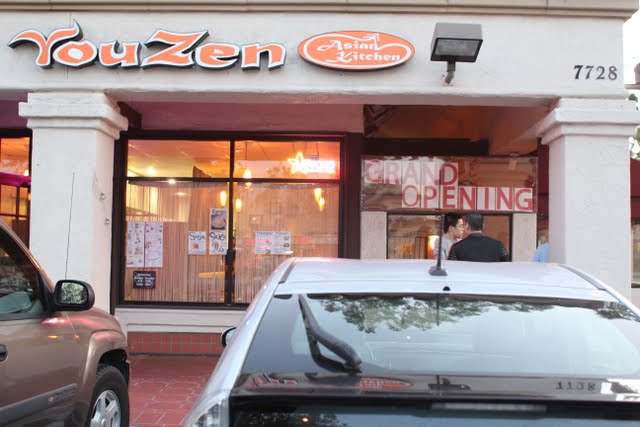 A few weeks ago, I noticed a grand opening sign for You Zen, located in the La Jolla Colony plaza that houses Vons, Leucadia Pizzeria, etc.

You Zen is a Japanese restaurant serving mainly ramen and curry. Here is the menu:

FH loves curry so he zeroed in on a chicken curry plate, which also came with a small salad. 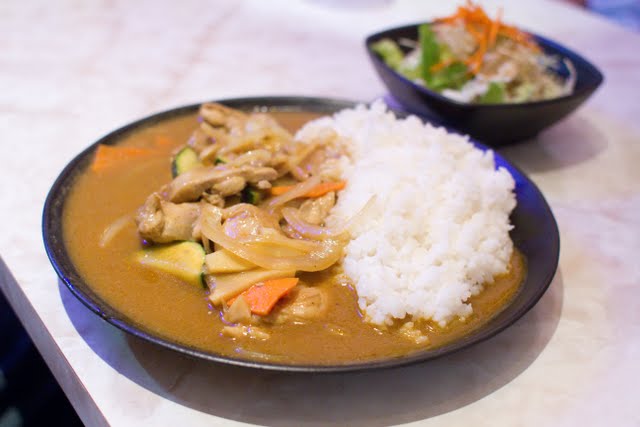 The portions were pretty big but he thought the curry was too runny and watery.

I chose the Tonkotsu ramen.  All ramen bowls are served with egg, cha-shu meat, bamboo and green onions. You can add additional toppings for extra or create your own ramen bowl. Tonkotsu ramen broth is made by boiling pork bones for several hours. It usually has a cloudy appearance and a creamy-like consistency. 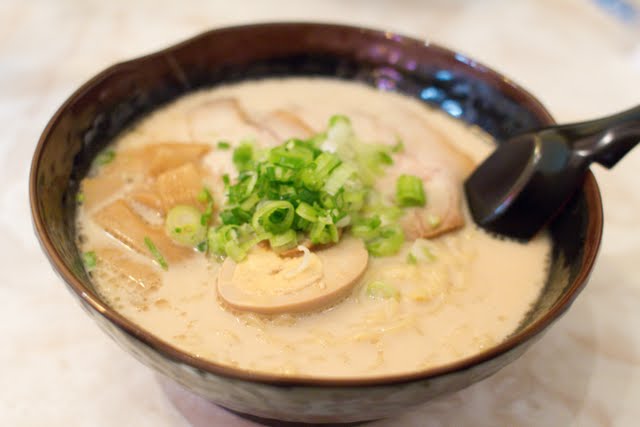 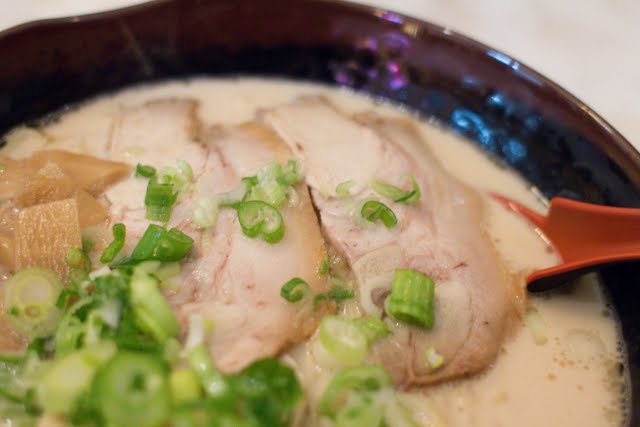 When my ramen appeared before me, I was surprised at just how creamy it was. The broth was very milk-like. (Maybe too much? My knowledge of ramen is fairly limited. Most of my knowledge has come from ramen expert Dennis of A Radiused Corner, but I’m not sure if pork bones can create such a uniform white-cream textured soup.) Unfortunately, it was also quite salty. The bamboos were sweetened which I didn’t really like. I usually love cha-shu meat in ramen but the slices here were quite dry, rather than the tender pieces of meat I’m used to. The one thing I did enjoy about the dish were the noodles, which were cooked just right and still had a slight chew to them.

One of my brothers chose the miso ramen. I could taste miso in the broth and wasn’t too overwhelming. However, Baby Bro also thought his bowl was too salty and didn’t like the sweetened bamboo either. 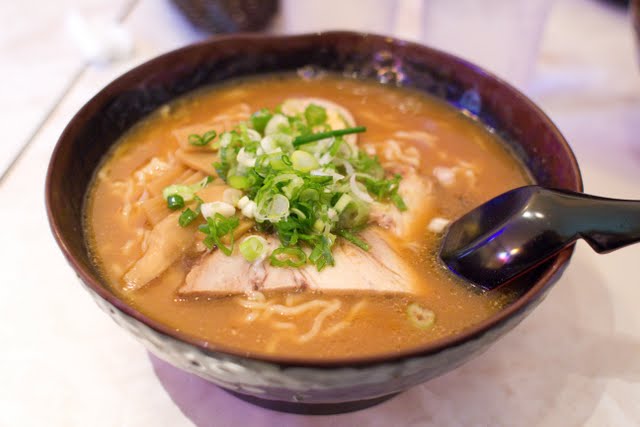 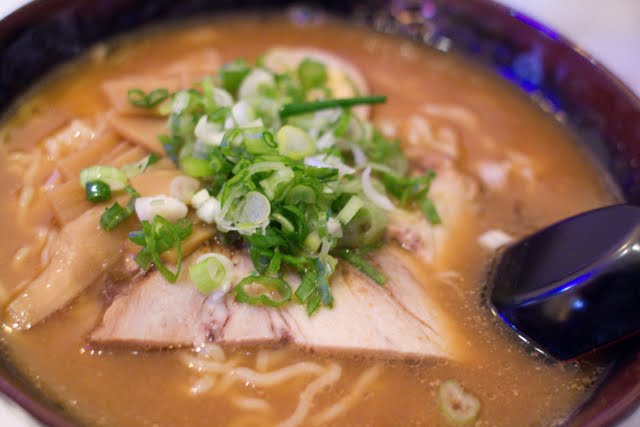 Little Sister chose the soy ramen. Surprisingly, she said hers was not too salty. I didn’t sample any of hers. 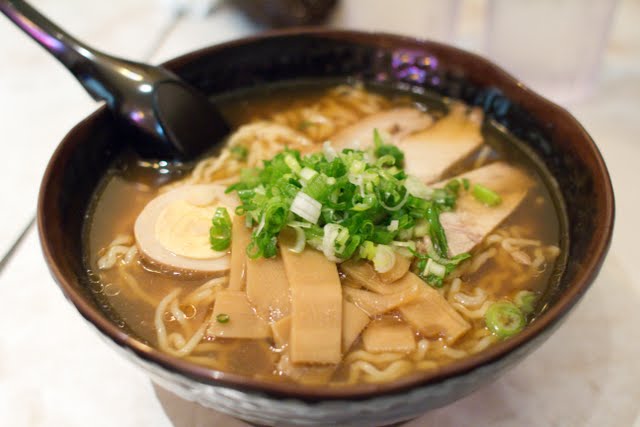 We left pretty disappointed with our food. The staff though, were really nice. The restaurant hasn’t been opened long, so hopefully the food will turn around later on.

6 comments on “You Zen Asian Kitchen”