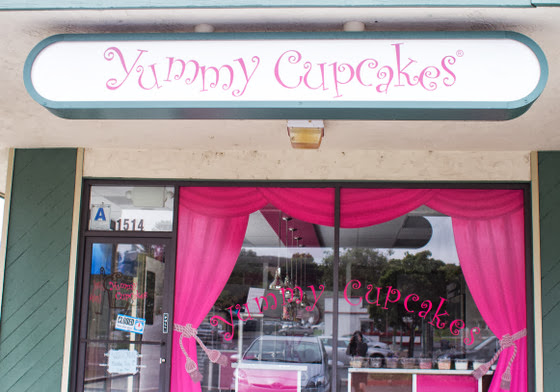 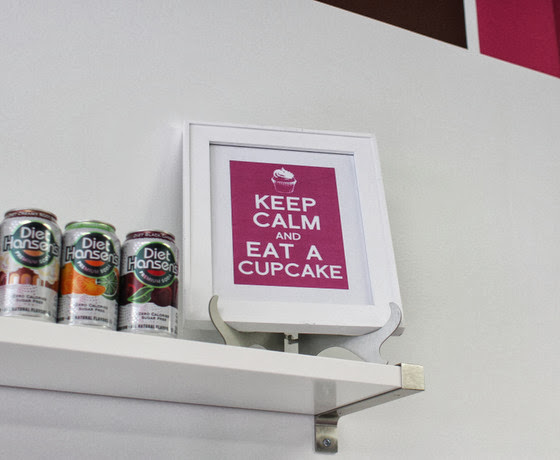 I know some people feel like cupcakes are a fading trend, but I still love them and I was eagerly anticipating the opening of the San Diego franchise. What immediately got me excited is the insane amount of unique flavors offered. According to the July flavor calendar, Yummy Cupcakes offers 17 daily flavors along with 9 specialty flavors. The 9 specialty flavors change daily and there are very few repeats in one week. 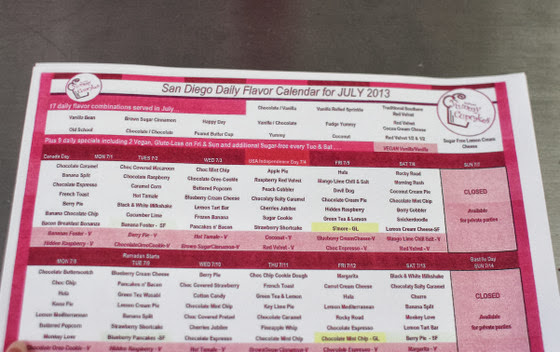 The original Founder and Executive Chef Tiffini Soforenko has created over 400 recipe flavors. Many of the specialty flavors are ones that you would not normally be able to find like Kona Pie, Buttered Popcorn, Pancakes n’ Bacon, Mango Lime Chili & Salt, Margarita, and many more. In addition to cupcakes, they also offer truffles, cupcakes in a jar, mini parfait cakes, etc. The San Diego store is still currently in its soft opening stage, though they are open Monday through Saturday. They will do an official grand opening in a few months, but it seems like word has already gotten out as the place was quite busy during my multiple visits. 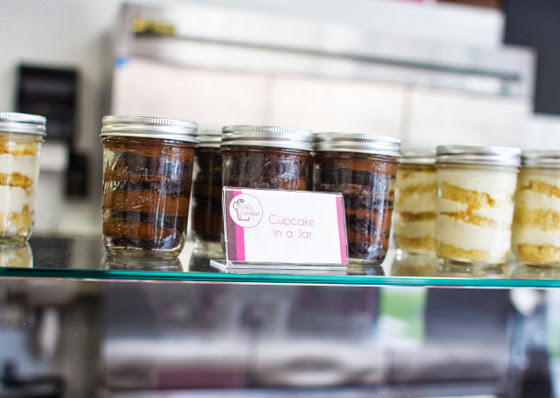 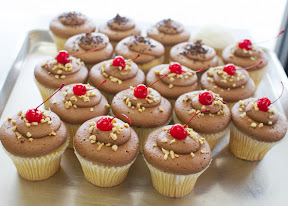 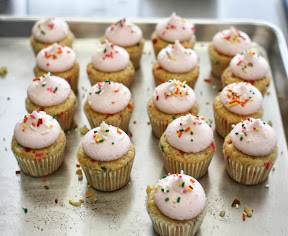 At $3.25 for a regular cupcake, they are priced slightly under what most cupcake places in San Diego are charging and the cupcakes are a bit bigger too.

We’ve visited quite a few times already, but I didn’t do a good job documenting them all. I blame the heat. One of our visits was to meet the owner and taste some cupcakes, but the majority of our visits have been on our own. Here are some of the ones we’ve really enjoyed: 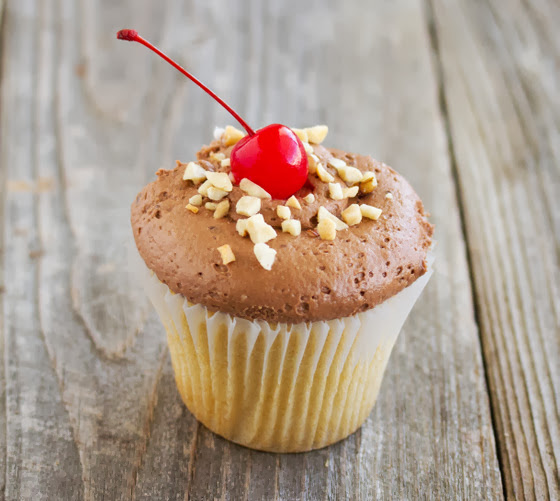 Mr. K and I are both fans of this, probably because we both love banana flavored cakes. I also love the look of the cupcake with the cherry on top. There’s even a whipped cream filling. 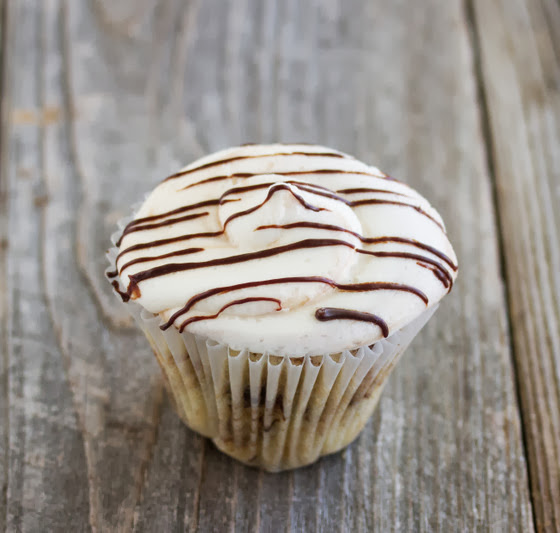 This cupcake swirls together chocolate and vanilla batter. I love the combination of the two and it did remind me of a milkshake. 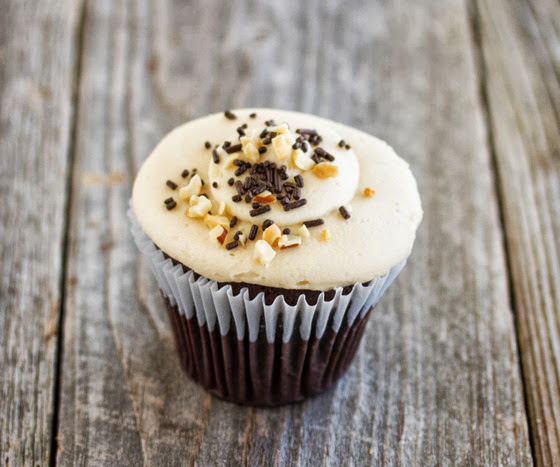 This was Mr. K’s absolute favorite. He told me it reminds him of his childhood. I love how food can evoke nostalgia and sweet childhood memories and it’s rare for Mr. K to talk about a food that is able to do that, so it was just fun for me watching him eat this one. The chocolate cupcake is filled with fresh peanut butter in the center. 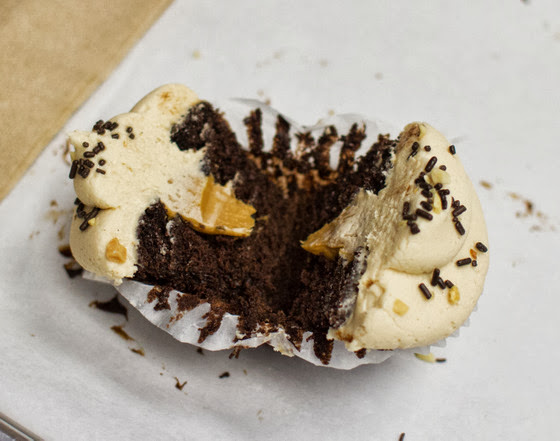 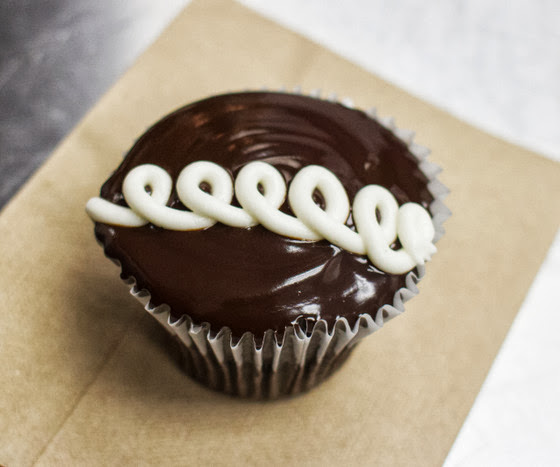 As you can probably guess, the cupcake gets its name for resembling the Hostess cupcake. It’s been years since I’ve eaten a Hostess one, but I thought this tasted pretty darned close. 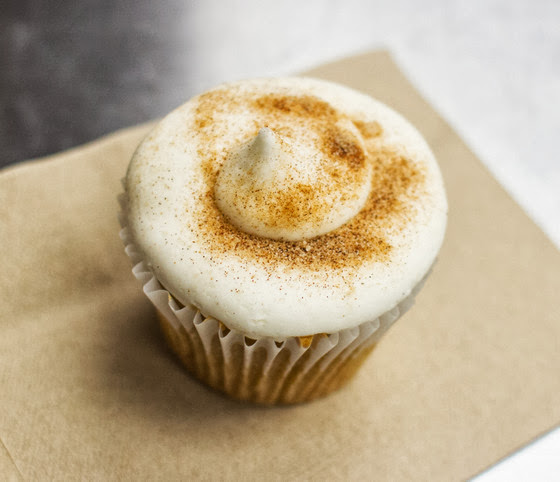 I really love cinnamon flavored cupcakes and this one did not disappoint.

Another flavor I’ve tried and really liked was the pineapple whip. Unfortunately the frosting melted before I could take a photo because I accidentally had the box partially in the sun. 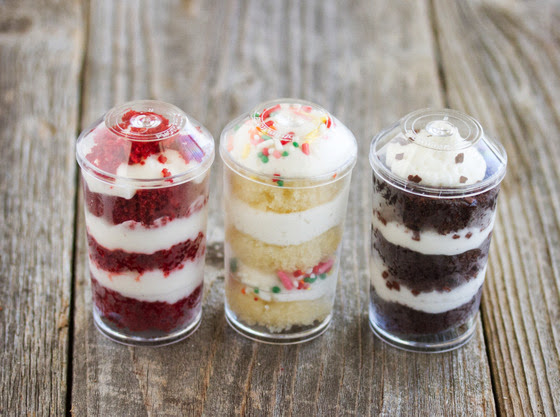 On my last visit, I also got a few of these mini parfait cakes. I could not get over how ridiculously cute these were.

Overall, we have enjoyed our visits here. The owners are very friendly as well. Mr. K actually has enjoyed them more than me even though I am usually the one who loves cupcakes. I wouldn’t say they are my favorite cupcake place in San Diego, but I do enjoy their cupcakes and their wide variety of flavors. Mr. K really really loved the cupcakes here and has been asking me to get them whenever I’m in the Encinitas area.

You can view Yummy Cupcakes current flavor calendar here to get a better idea of what day to visit.