One of the things I miss most about Taiwan is the breakfast.

There are very few options for Taiwanese breakfast, especially in San Diego. Yu’s Garden began serving Taiwanese breakfast a few weeks ago. After reading subpar reviews, I was a little wary, but I finally decided to give it a try.

Even though the restaurant has been opened a few months now, the staff still hasn’t figured out an efficient formula. We sat and waited for quite a while before finally helping ourselves to a menu. Throughout the meal we also had to ask for the very basics: water, utensils, and individual bowls and plates.

Once we ordered though, the food arrived pretty quickly. 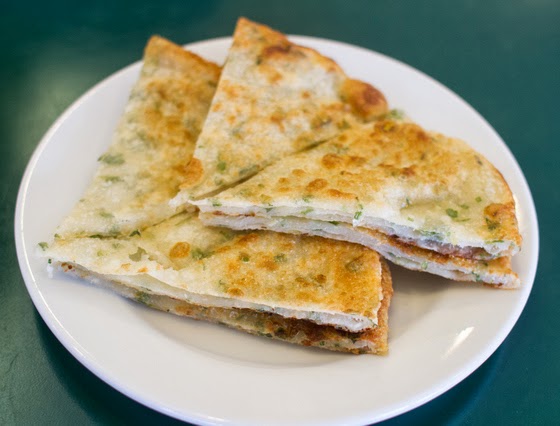 Most of the prices for breakfast seemed pretty reasonable, but I thought the scallion pancake was priced a little too high. I didn’t want to order it, but I had read good reviews on it and it seemed many other tables were ordering it, so I decided to give it a try.

We were both disappointed. Scallion pancakes are known for the strong scallion flavor and flaky layers. This lacked flavor and flakiness. It wasn’t horrible, but it was just average and I wouldn’t think to order it again. 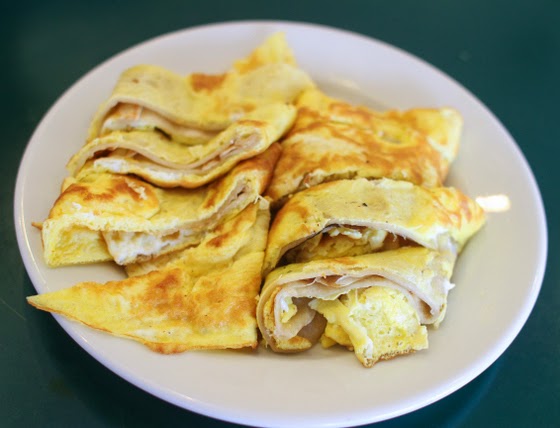 The egg pancake consists of a Chinese-style savory pancake that is cooked with an egg. This was quite bland, with neither the egg or the pancake having much flavor. 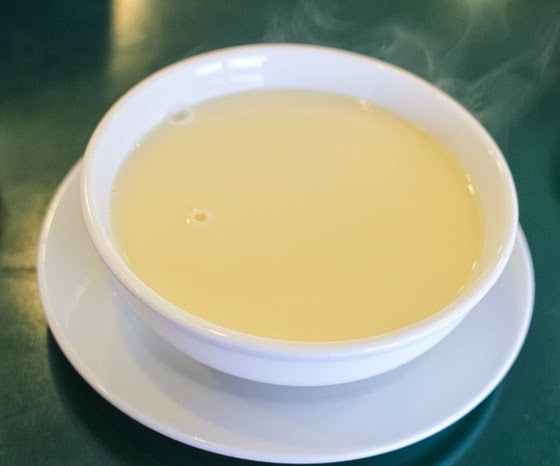 This was pretty good. It was warm, mildly sweet, not too grainy. 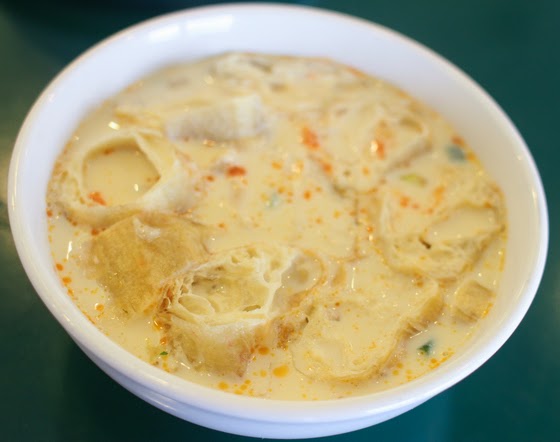 Unfortunately this was another disappointment. Visually, it already didn’t look appealing. While it is traditional to throw in fried crullers, the crullers looked pale and completely soggy. They usually are thrown in at the end so that they retain a little crunch. In addition, they used an unusual hot sauce. Mr. K thought it was Tapatío hot sauce. He might be right. It definitely had a strange flavor different from the usual chili paste or chili oil used in this soup. 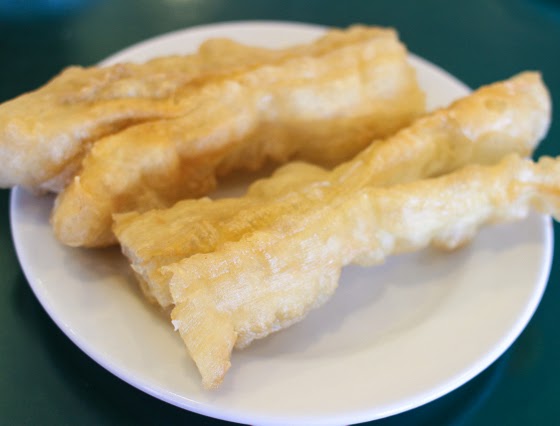 One look at this and we knew it was going to be bad. Crullers are usually fried a lovely golden brown. But this came out pale and sickly. It tasted as it looked: doughy and undercooked. 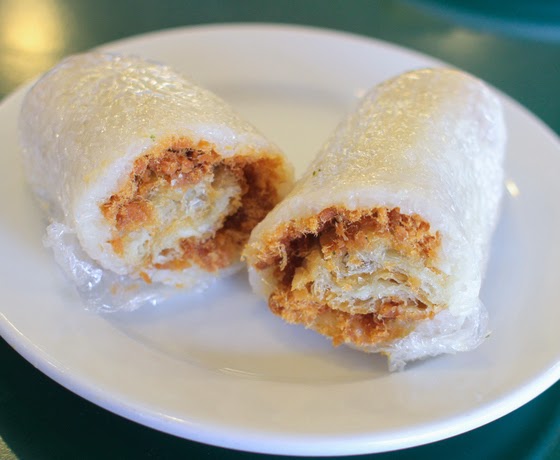 After so many disappointments, this was surprisingly good. Rice rolls are one of my favorite chinese breakfast items and a good version is actually quite hard to find. But Yu’s Garden managed to pull off a pretty decent version. They used the correct sticky rice and it had a good consistency. The inside was filled with the traditional shredded dried pork sung along with crunchy cruller. Unlike the other cruller we had been served, the one stuffed inside the rice roll was a nice golden brown color. 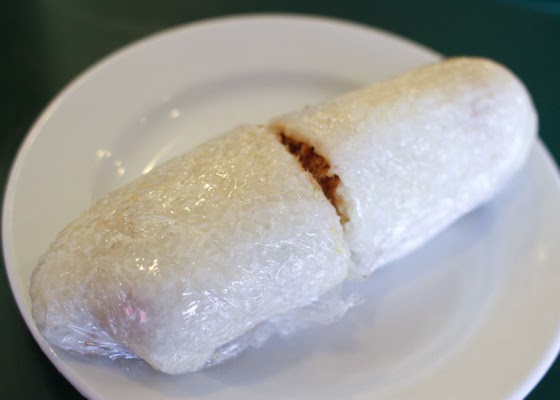 Overall, we weren’t too happy with the breakfast items served at Yu’s Garden but we did enjoy the rice roll.

You can read about my previous visit to Yu’s Garden here.

Here is the breakfast menu: