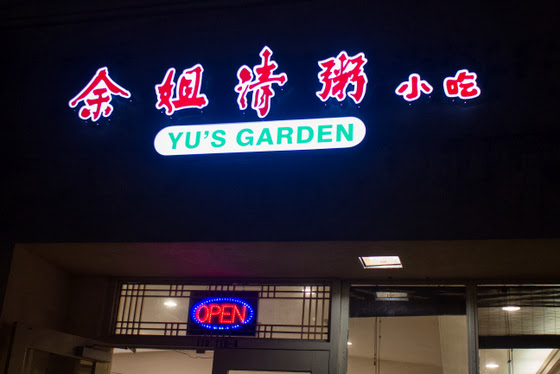 Yu’s Garden, a popular Taiwanese restaurant in Irvine, recently opened a second location in San Diego. While the food is just average, it’s been pretty successful because of its vast menu, cheap prices (everything is less than $9), and easy take-out section. 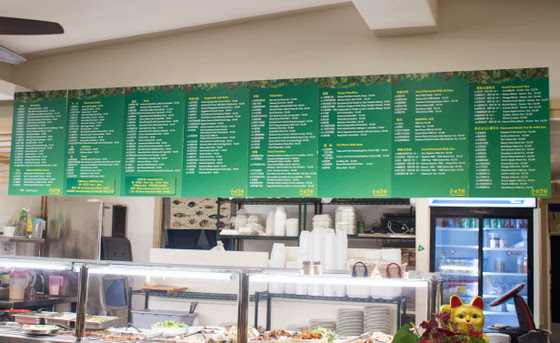 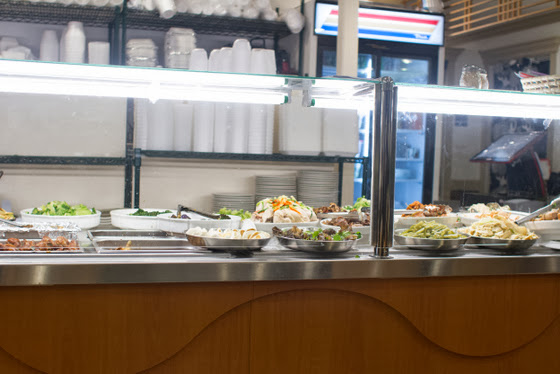 I first learned of the upcoming opening through mmm-yoso and Kirk just did a pretty comprehensive initial post here.

While I’d never been too impressed with the Irvine location especially with many other options in that area, I found myself excited by a location in San Diego because of the lack of decent Taiwanese food offerings in San Diego.

It’s located in the horrible parking lot on Convoy that houses RakiRaki, Tapioca Express and others. I imagine it will get even worse now, especially seeing how packed Yu’s Garden was when we went this weekend. 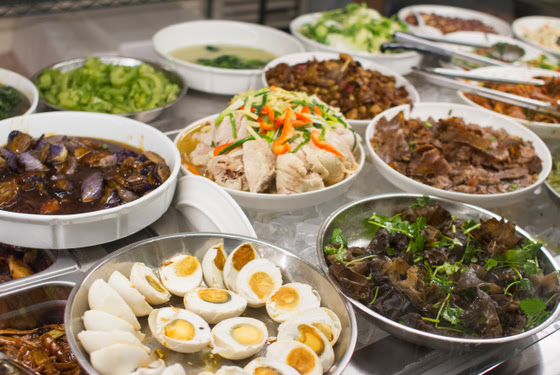 What immediately struck us was how quickly the food came out once we ordered. All our dishes came out within about five minutes. 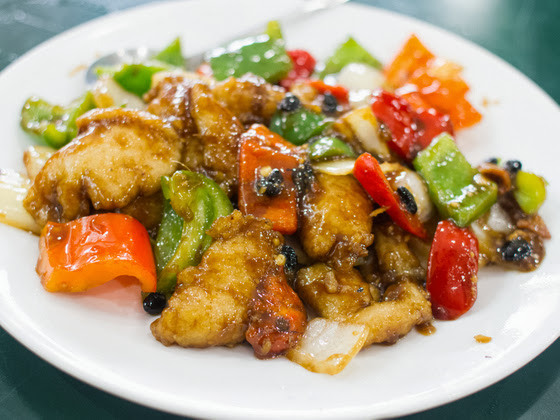 This is one of Mr. K’s favorite dishes and once he spotted it on the menu, he immediately wanted to order it. It was a decent version, though I thought the portion was a little sparse, especially since it was one of the more expensive dishes on the menu. 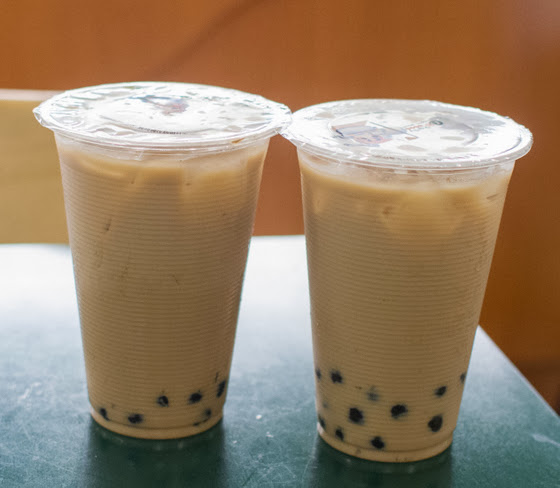 You’re at a slight disadvantage if you don’t read Chinese because all the drinks listed in the “Ice Flavored Tea” and “Ice Flavored Milk Tea” sections are buy 1 get 1 free, which is written in Chinese and not translated. It’s quite a deal and at $2.99 for two tapioca milk teas, it’s probably the cheapest one in San Diego, which is why Mr. K always orders it when we go to Yu’s Garden. 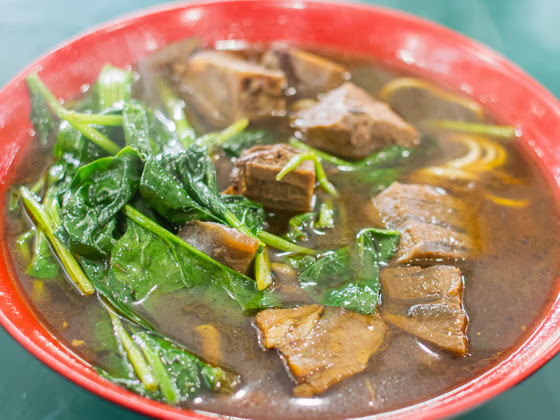 At $5.99, the beef soup here is quite cheap, especially since most Chinese restaurants charge between $7-9. The portion was generous. However, the broth was too light on the beef flavor and too heavy on the anise for my taste. 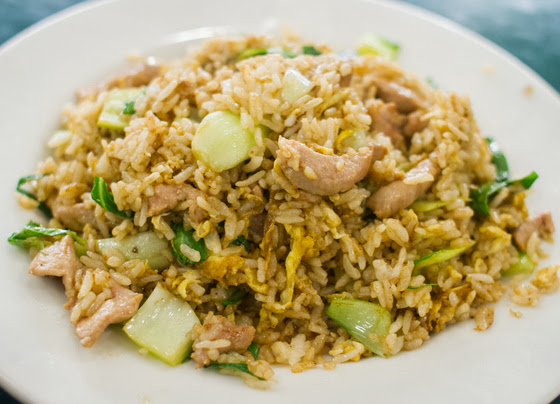 The rice was cooked too soft and was basically flavored with soy sauce. I didn’t particularly like this and will try another fried rice next time. 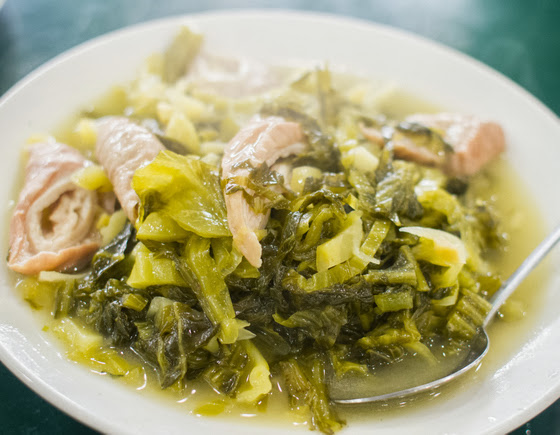 I was surprised to see the extreme amount of pickled vegetables that the pork intestines were swimming in. It’s usually made with just a small amount of the vegetable. There was still a good amount of pork intestines hiding inside though. I do wish they sliced the intestines thinner as these were tough to chew.

We also chose to get a three item combination for take-out. It’s about $7, which I always have felt is a little steep considering they don’t really fully pack the take-out box. 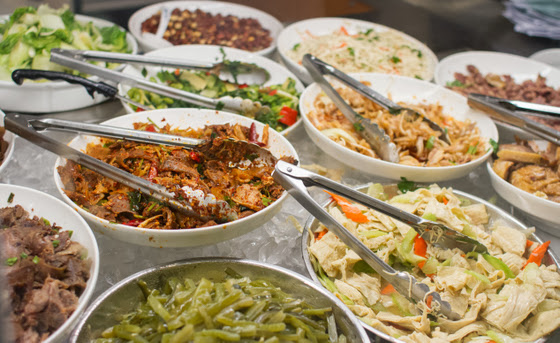 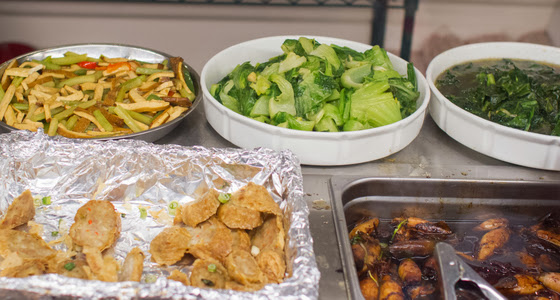 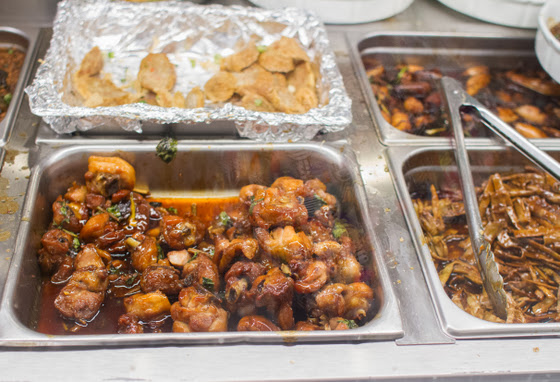 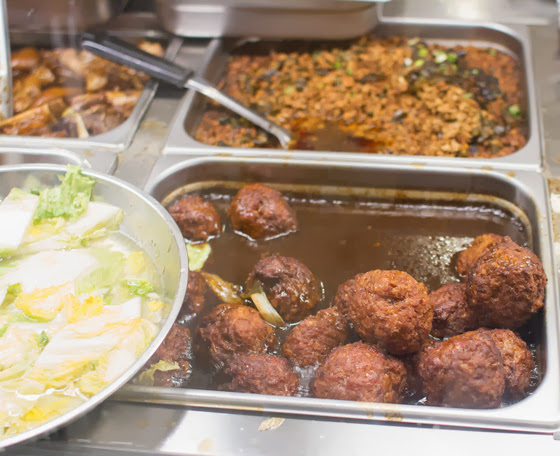 I found the meatballs to be too salty. The three cup chicken also had too much sugar. It should be more savory than sweet. I enjoyed the marinated gizzards though. 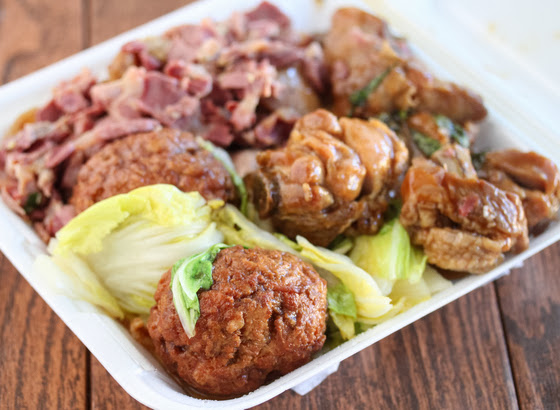 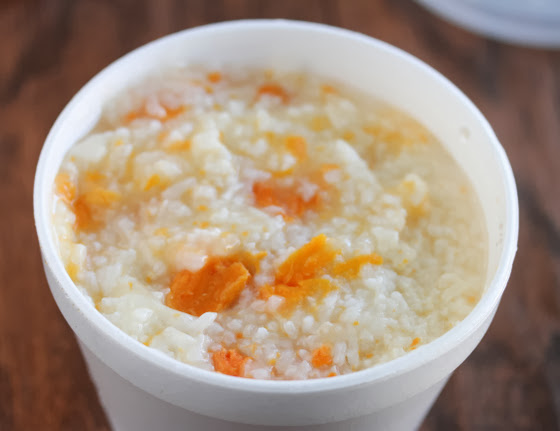 The combination take-out comes with rice or porridge. The porridge is cooked with sweet potatoes, a very common way Taiwanese households eat porridge. Unfortunately, the porridge here is cooked far too long. The sweet potatoes barely retain any of their sweetness and the rice is too soft and bland.

One thing that struck me was that, for better or worse, the food tasted identical to the Irvine operation. We’ve seen a lot of restaurants with locations in LA and OC that come to SD and drop in quality, but this is one where the prices, options and quality is pretty much exact. Of course the downside to that is that the Irvine location was never anything spectacular to begin with.

Overall, we had a decent meal here. The food isn’t great, but the prices are cheap and it’s better than the other Taiwanese offerings in San Diego. The staff was pretty friendly too and apologized several times for the short delays as a result of them being overwhelmed with customers. I think the menu items are better than the take-out section with better portion sizes so I’d recommend you dine-in rather than do take-out.