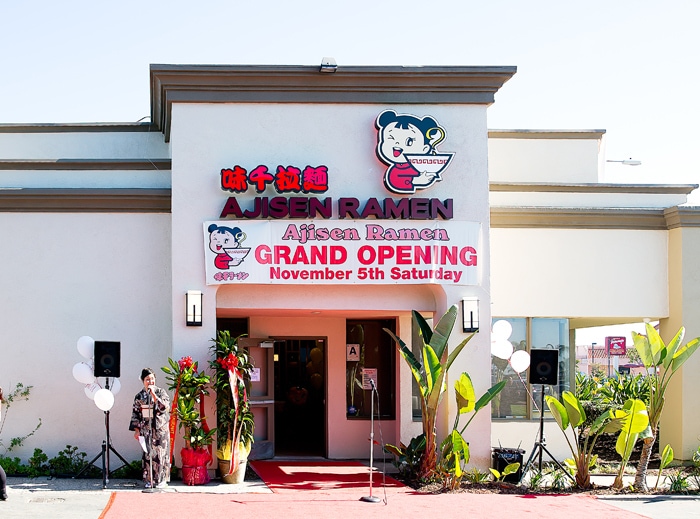 Ajisen Ramen, which has more than 700 locations around the world, had its grand opening in San Diego this past weekend. The menu is quite extensive, offering more than a dozen different ramen bowls, as well as udon, soba, curry, and more.

We were invited to the grand opening party, complete with Taiko drummers, a few words from the CEO who flew in from Japan, and a ribbon cutting. After the ceremonies, we were able to order from the menu to try out the food. 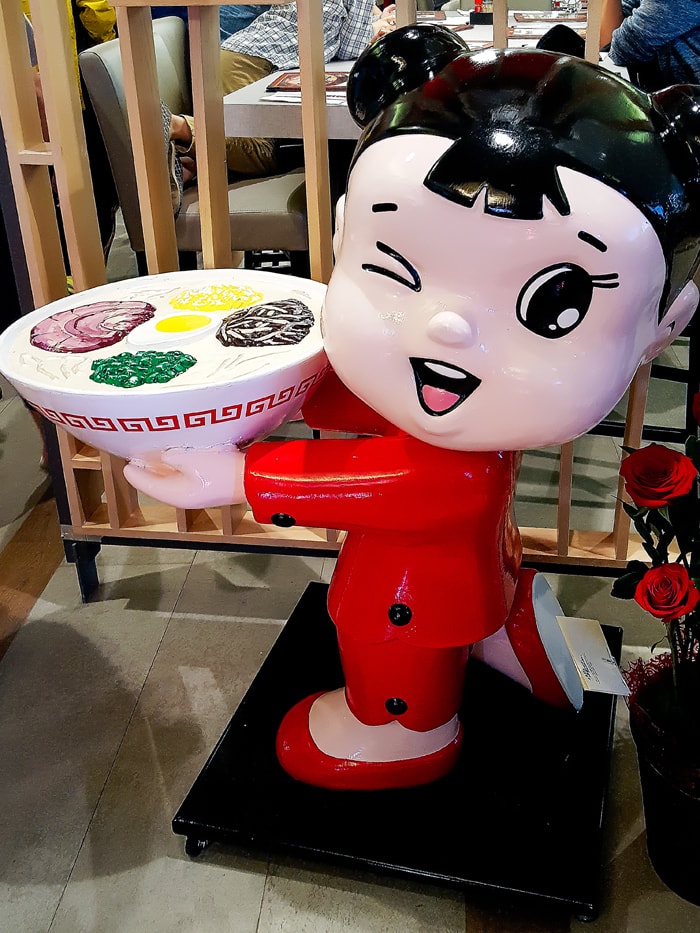 We’ve been quite curious about this new ramen restaurant after spotting the company’s logo, which features this little girl named Chii-chan holding a bowl of ramen, a few months ago. The restaurant is located in the plaza next to 99 Ranch Market and has plenty of parking. 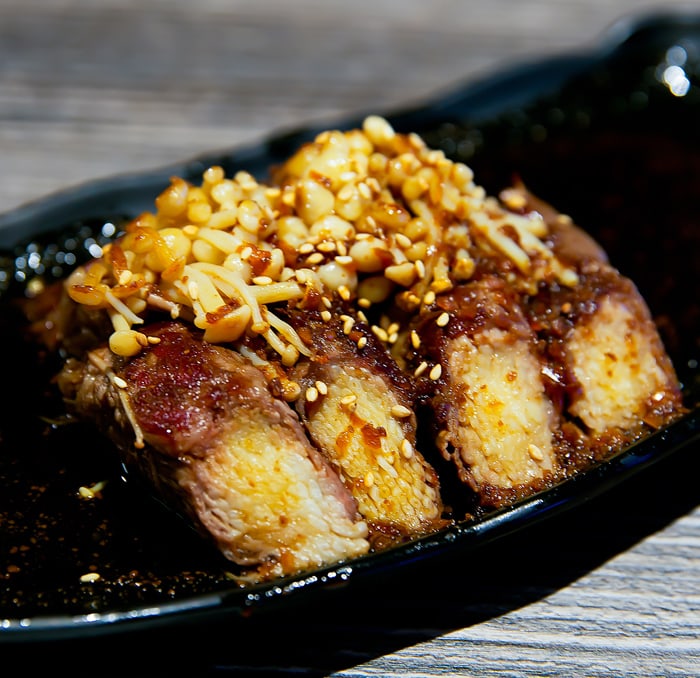 We started with this appetizer, consisting of thin slices of tender marinated beef wrapped around enoki mushrooms. I really enjoyed this dish. The crunch of the mushrooms was a great contrast to the soft beef. 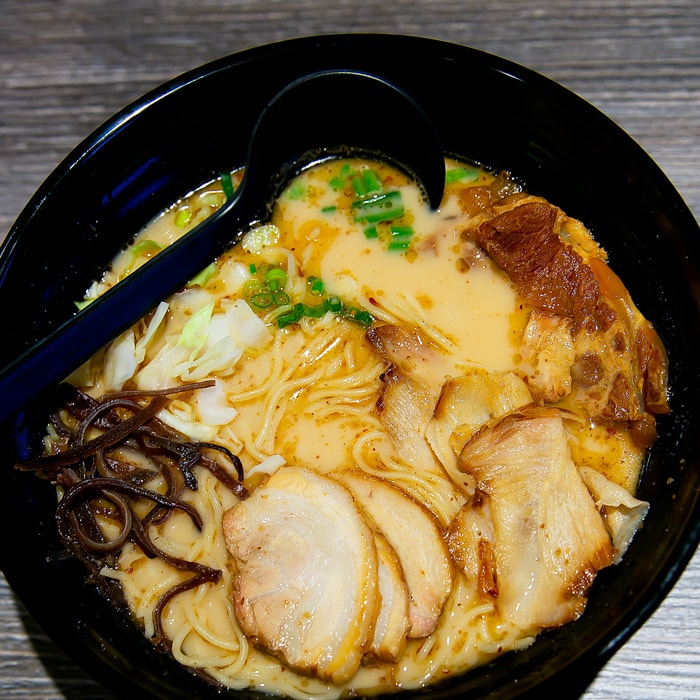 This was Mr. K’s bowl. Since it was our first time here, this seemed like a good way to try a few different items at once since the combo ramen is topped with premium pork, pork ribs and bbq pork.

As soon as we were done taking photos, I took a quick sip of the broth. I found it to be rich, porky and not too salty. The toasted sesame seeds and oil helped to round out the flavors quite nicely. The noodles were still firm and there was a generous amount in the bowl. Of the meats, I preferred the premium pork. The thin shaved slices were melty and flavorful. They have a ramen with just the premium pork which I plan on ordering next time. 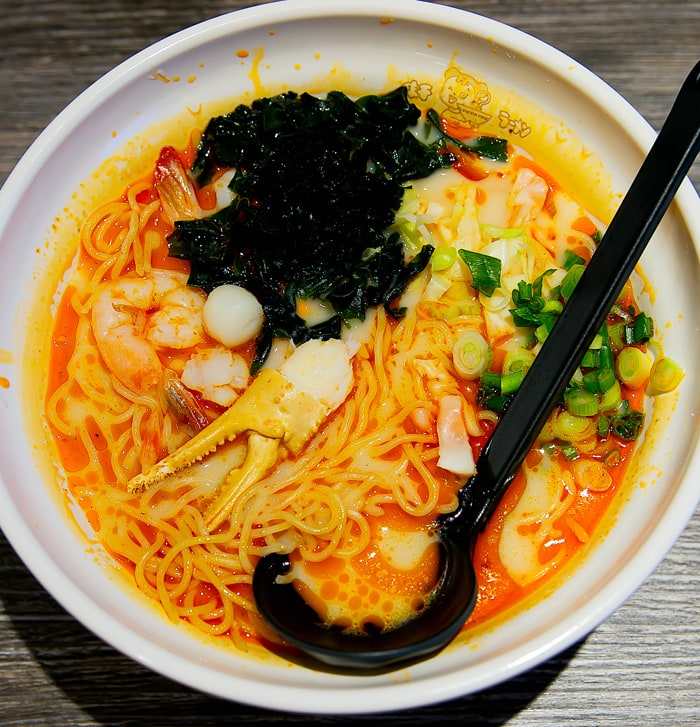 I don’t see a seafood ramen often, so I chose this one. It has a shrimp base broth with shrimp oil drizzled on top. The shrimp oil added a nice umami flavor to the ramen, but I found the broth a little too light. I preferred the fuller flavors of the pork based broth. 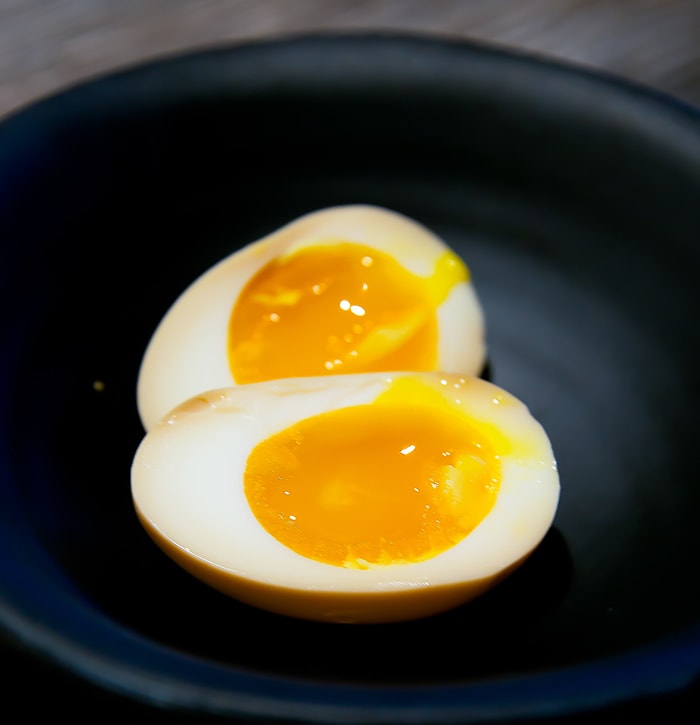 Since neither of our bowls came with an egg, I ordered the semi-boiled soy sauce egg to eat with our ramen. This was the only item we didn’t enjoy from our meal because we found the egg to be very salty.

Ajisen Ramen also offers quite a few drinks.  I chose the lychee yogurt cranberry juice. It tasted like a lychee flavored Calpico drink, so I really enjoyed mine. I thought the mango drink was a little on the sweet side.

Overall, we had a pretty good first meal here. We love having another ramen option to choose from in San Diego. We enjoyed our first meal enough that we actually thought about revisiting the next day. But it was quite crowded when we passed by, so we’ll probably wait a week or so before trying again. 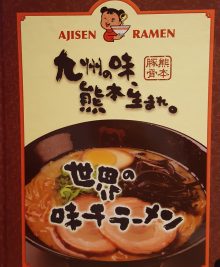 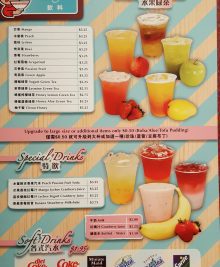 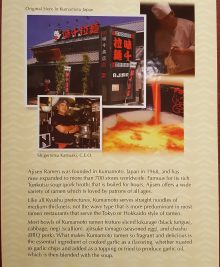 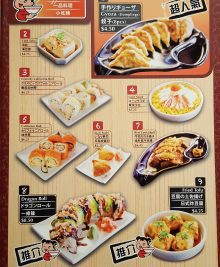 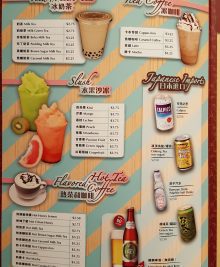 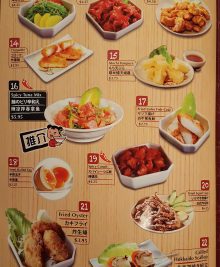 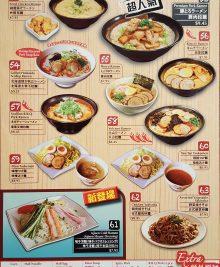 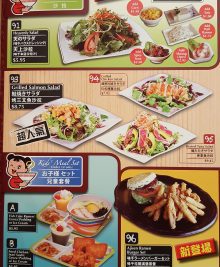 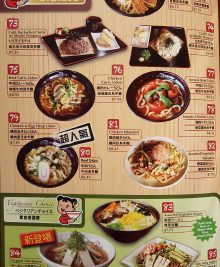 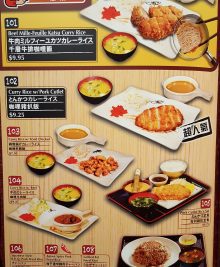 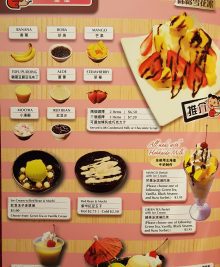 Please note, as indicated above, we were invited to the grand opening and our meal was complimentary. All opinions expressed are my own.