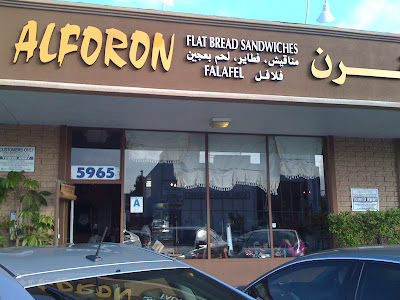 I often turn to mmm-yoso for inspiration on places I want to eat at.  Recently, Kirk of mmm-yoso has made several visits to Alforon (found here, here and here) and so it went on my to-do list. Obviously I wasn’t the only one who wanted to visit after these posts, as Cathy from mmm-yoso, CC from Pink Candles at Ridgemont High, and Carol of CAB Cooks recently visited as well.

My experience with Mediterranean Lebanese cuisine is pretty limited. When we stepped in, the owners immediately pegged us as newcomers. The woman who helped us out (I didn’t get her name), was very friendly and nice. She sat down next to us and explained their whole menu. It made me feel like a kid, playing at a friend’s house, and the owner was like the mother of my friend, sitting at the kitchen table and giving us snacks.

Alforon specializes in an oven baked flat bread. Their menu consists largely of the flat bread with various toppings. It resembles a flatbread pizza. 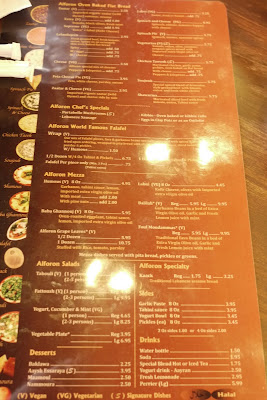 We started out with some humous, which was accompanied with flat bread pieces. 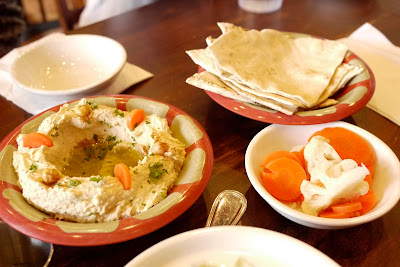 We also ordered the cucumber yogurt, with the mint served on the side. 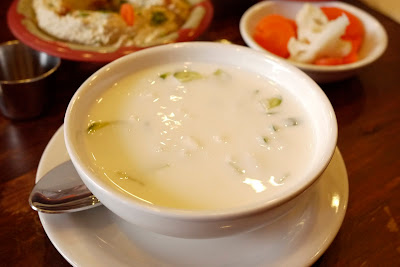 Each person chose a different topping flat bread, and since they were all cut into four slices, we had fun exchanging and trying different ones.

Here is the lamhbajeen non spicy 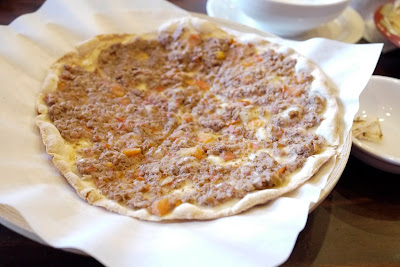 Lamhbajeen spicy. The picture looks the same but we were told that the two have a very different recipe. 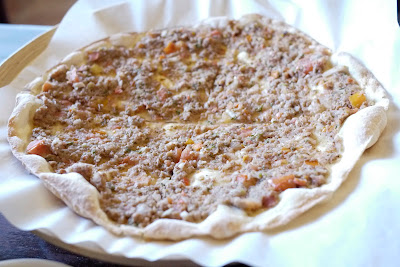 Chicken Tawook (marinated chicken, garlic paste, pickles). This was probably my favorite one. 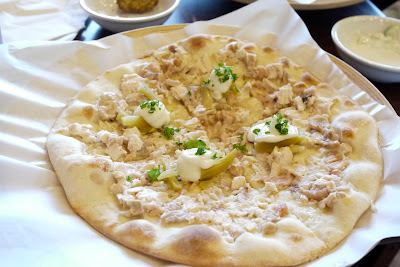 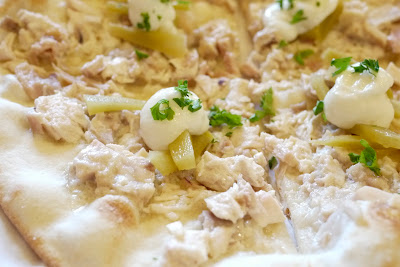 Sharwarma (marinated slice beef with fresh tomato and onion). This was my second favorite. 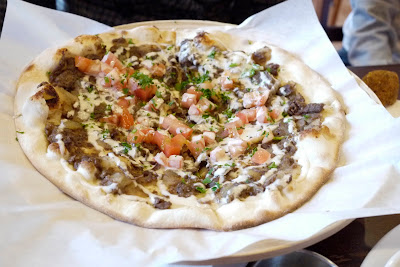 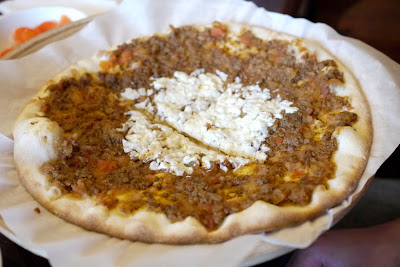 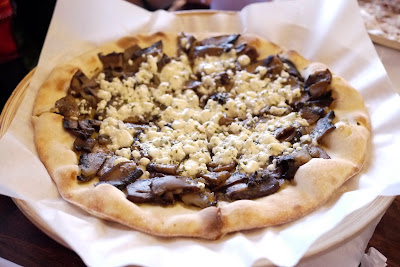 We also got an order of their “famous” falafels 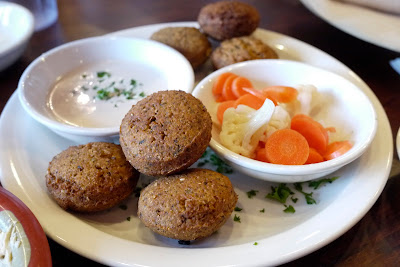 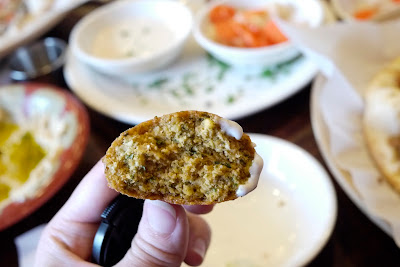 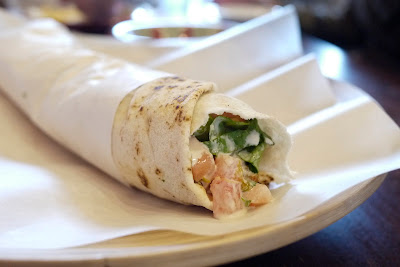 The prices here are very reasonable, and the owner is very friendly. It was fun experiencing new cuisine though some people in the group had trouble getting used to the spices and tastes.

As  a reminder, there’s still time left to enter my Restaurant.com giveaway. Three lucky winners will be given $25 to restaurant.com to spend at any of the participating restaurants nationwide (it’s not limited to San Diego restaurants). Contest will run until midnight PST on Monday May 30, 2011.