by Kirbie
Jump to Recipe
3847 shares

Inspired by Japanese Egg Salad Sandwiches, this recipe adds avocados to the egg salad recipe. The avocado makes the fluffy filling even creamier. 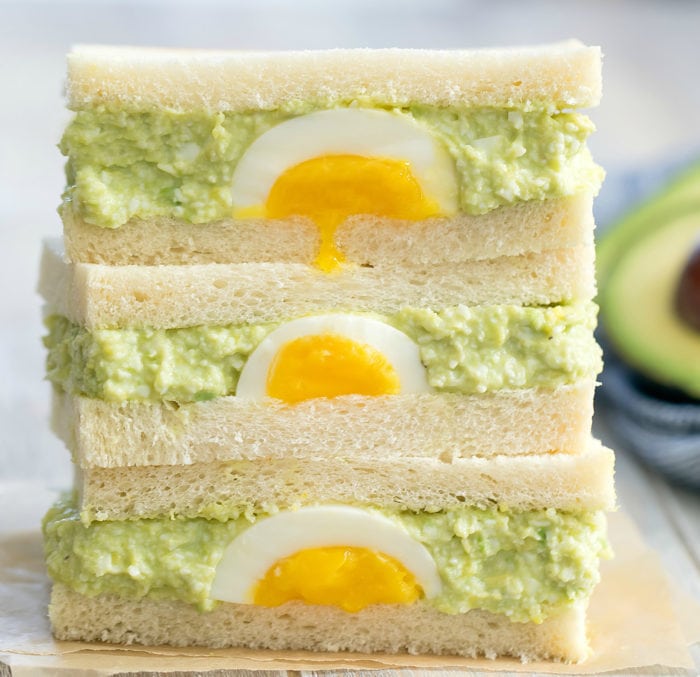 A few months ago, I shared with you my love for Japanese egg salad sandwiches. We’ve been making them a lot this summer as they are great for a quick lunch. I got the idea to add avocado from a friend of mine who recently shared his version.

I love adding avocado to salads because you can replace some of the mayonnaise with avocado without sacrificing on taste and flavor. I did something similar with my avocado potato salad.

What are the differences between American versus Japanese Egg Salad Sandwiches?

When I first shared my recipe for Japanese Egg Salad Sandwiches, I received two popular responses. There were those who have also eaten egg salad sandwiches in Japan and loved them as much as I do. There was another group who kept insisting this was just an American egg salad sandwich and didn’t understand the big deal. While the Japanese version is very similar to the American one, there are some distinct differences.

This egg salad filling is low carb and keto-friendly but of course, the bread is not. You can use my low carb keto mug bread to make this sandwich low carb. 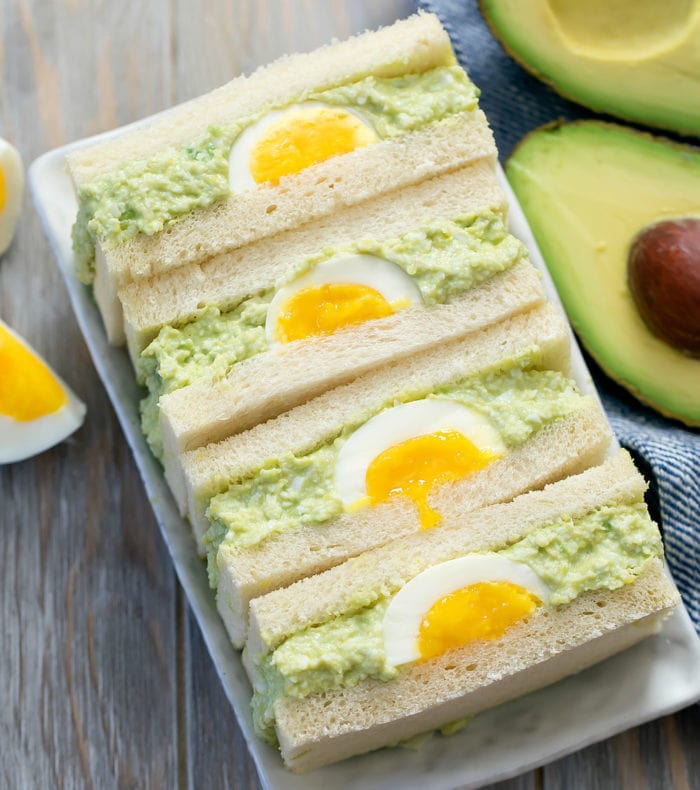 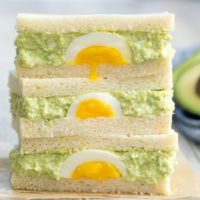