bb.q Chicken is a Korean fried chicken franchise that expanded into San Diego. The chain has become particularly popular because it’s been featured in several Korean dramas. 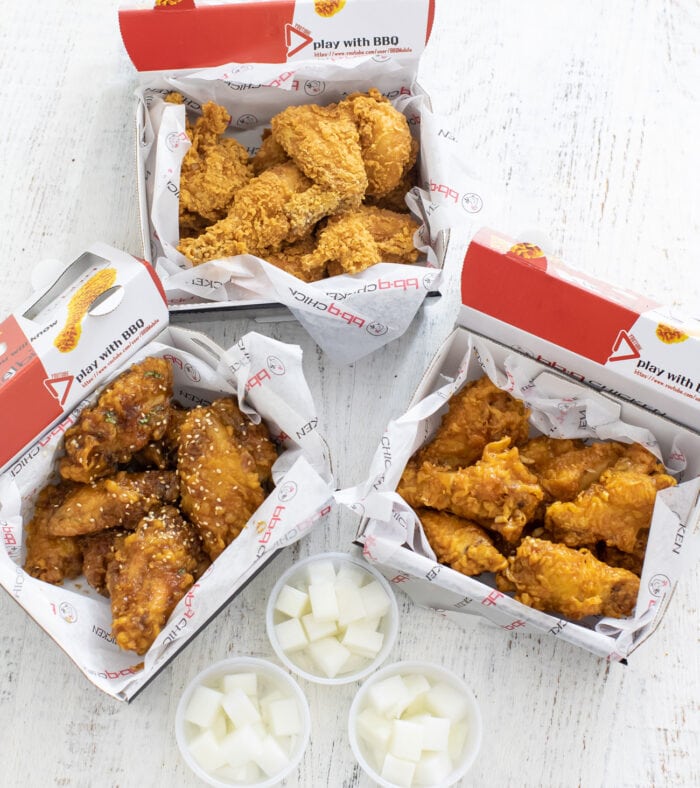 This is actually not bb.q Chicken’s first time in San Diego. There used to be a location many years ago, before the Korean fried chicken trend came to San Diego, and it ended up closing nearly a decade ago. I don’t remember much about the old location so I don’t think I really enjoyed it that much but I had high hopes for this new location after reading a lot of positive reviews. 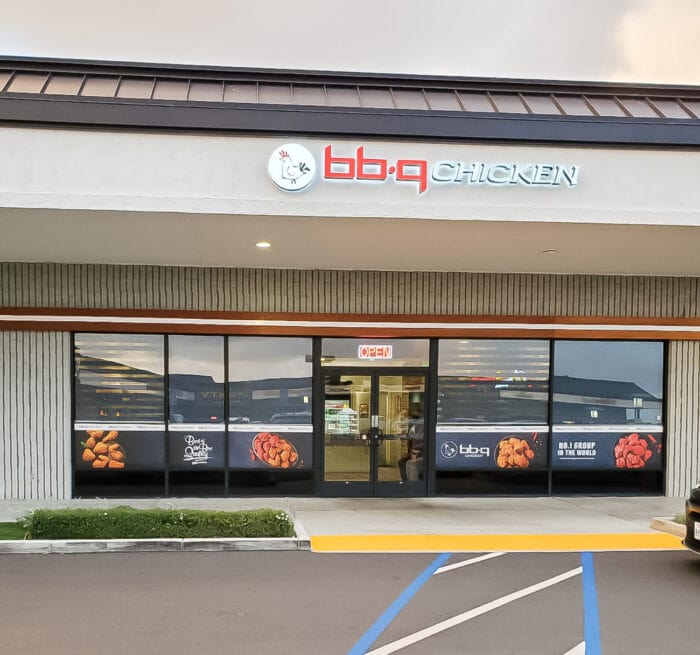 The menu has quite a big selection. In addition to whole fried chicken, they also offer wings and boneless wings. There are quite a few flavors to choose from as well. And they also serve other classic Korean dishes and sides to round out your meal.

We ordered take-out and we actually were not able to enjoy it right away as planned. When we finally got around to eating them nearly an hour later, I was very impressed to find the fried chicken still very crunchy. 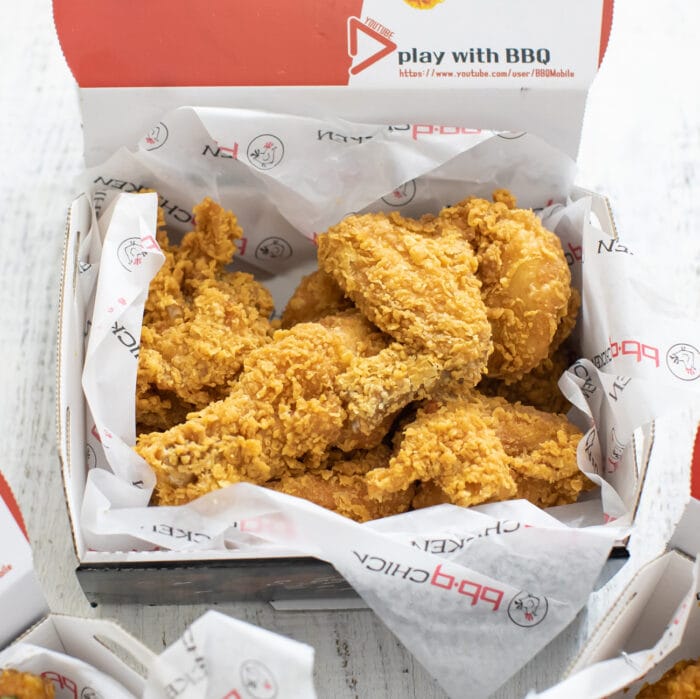 The golden batter is seasoned and mildly spicy. The batter had a good crunch to it. 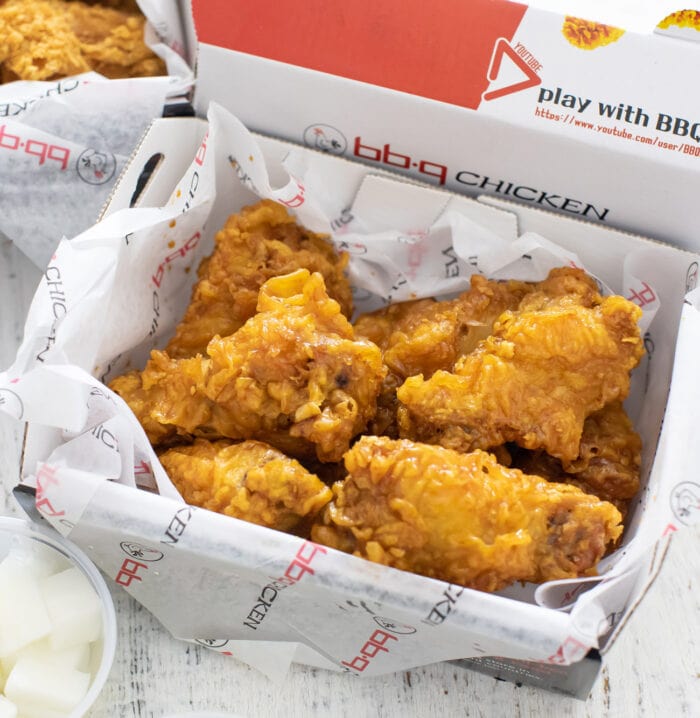 These were very garlicky and I was surprised at how the batter stayed so crunchy even though it was covered in the sticky glaze. The batter was noticeably thicker on these wings compared to the golden original, most likely to be able to stay crunchy even with the glaze. I liked that the wings had been fried until the fat had been rendered off the wings, which is always something I look for when eating Korean style fried chicken. 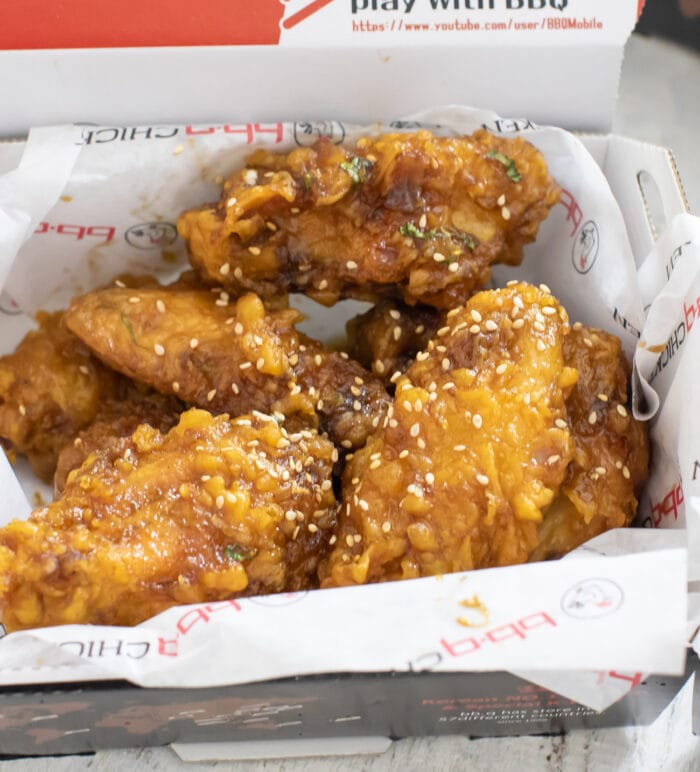 These are not actually deboned wings, but other parts of the chicken cut to about the same size as the wings. They are slightly less crunchy because they don’t have as much skin on them, but they were still enjoyable. If you don’t like dealing with bones, this is a good option. If you prefer wing meat and chicken skin, I think the wings are a better choice. 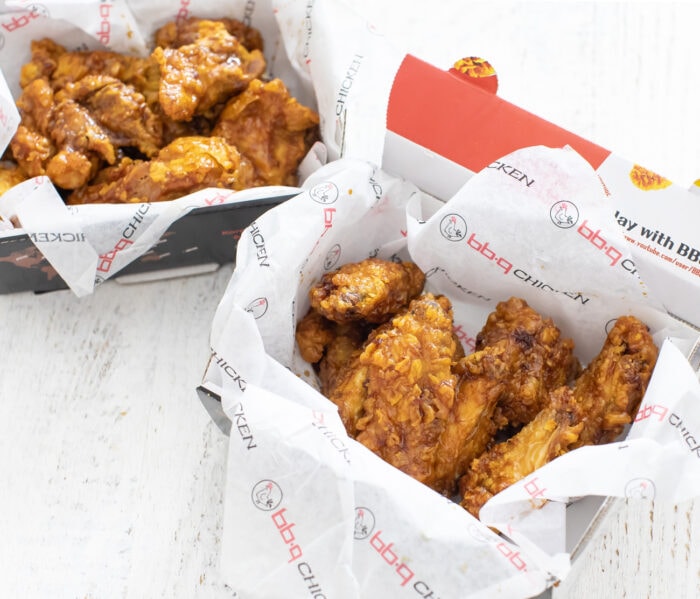 The soy garlic is a little sweeter than I would have liked, but I still enjoyed them. And like the first visit, the wings were very crunchy. After these two initial visits, I was pretty excited about bb.q Chicken.

A few weeks later we were back for more wings.

We opened them as soon as we got home but I immediately could tell the wings were no longer crunchy. 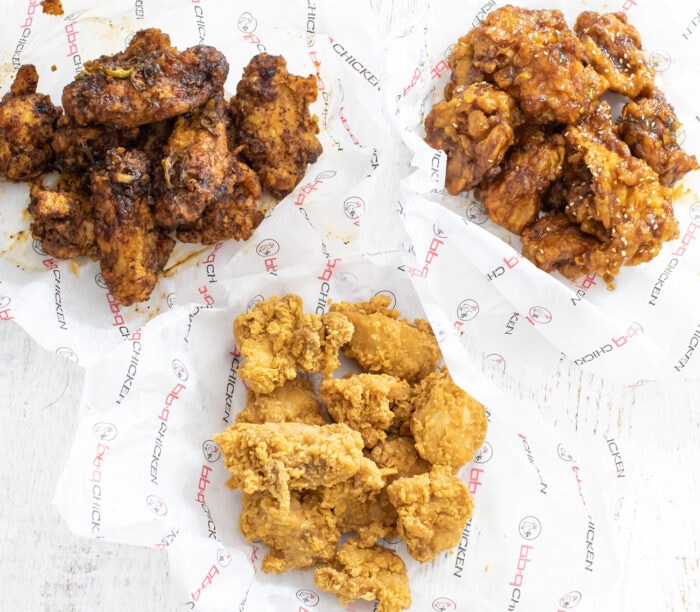 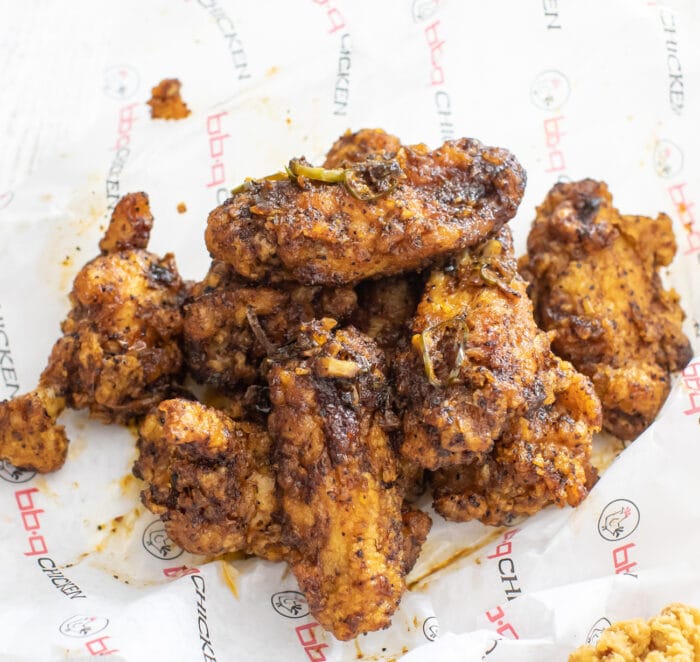 These wings had a very wet sauce. I’m not sure they are ever as crunchy as the other flavors given how watery the sauce was. 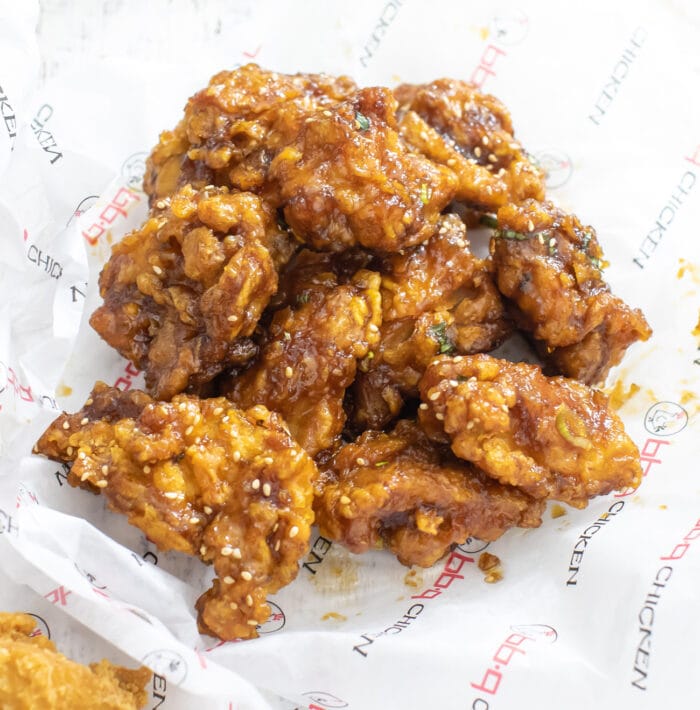 While our previous experience with boneless wings had been great, these were not very crunchy at all. Even our favorite soy garlic wings lacked the amazing crunch from the previous visits.

I was pretty disappointed with this visit, but I think they may have been just having an off day and I think the wings needed to be in the fryer just a few minutes longer.

Since then we’ve been back two more times and the wings were back to being super crunchy again.

Overall, we have enjoyed our experiences from bb.q Chicken except for one visit. I like the variety of flavors offered and I like that the batter is thick and crunchy. Some might find the batter to be too thick but I like my batter that way, especially for the flavored wings so that they don’t lose their crunch. I also like that the fat has been rendered off the skin of the chicken wings. This is now our go-to spot for Korean fried chicken. For another post on bbq chicken, please read Kirk’s experience.