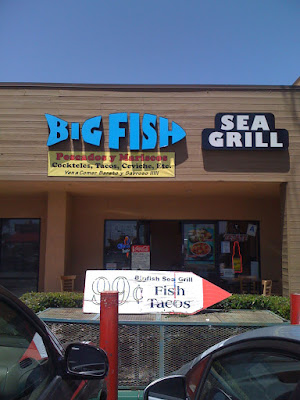 The other day, Future Husband (“FH”) came back from running errands with a big grin on his face and a plastic bag with some food.

He had passed by Big Fish Sea Grill, a fast food seafood mexican restaurant that had a sign for 99 cents fish tacos. 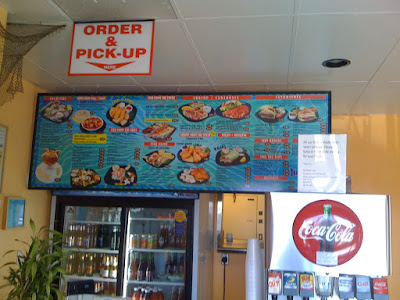 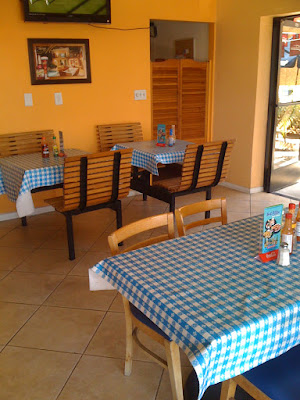 Anyhow, I took out my camera and quickly photographed one. Each taco was wrapped with a wedge of lemon. After photographing one, I couldn’t resist, and I took a bite. To my surprise, the fish batter was still hot and crispy.

The fish tacos were wrapped in corn tortillas. There was a little cabbage, a little sauce, and a chunk of fish lightly battered. I found myself really enjoying the taco, especially given that it was only 99 cents. I really liked that the fish was still crispy and hot, and I think that made a big difference. 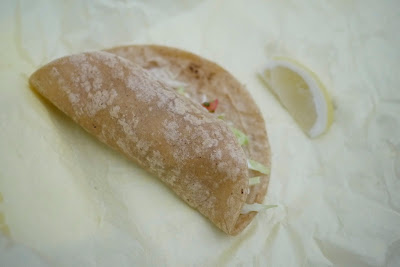 Usually I’m not a big fish taco eater, but I enjoyed my taco and actually found myself wanting more. FH gobbled his two tacos and was sad he didn’t get more. 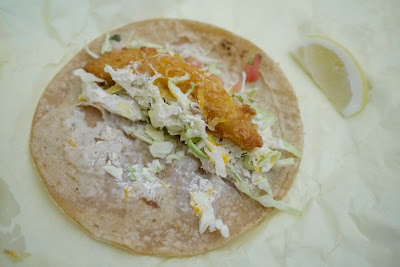 Apparently the taste of the fish tacos remained with him all day because after dinner that night (yes, after we ate dinner), he suggested we go get more fish tacos! So off we went. I looked at the menu and contemplated trying some other entrees, many of which looked quite delicious. I ended up getting the tacos again though because they were so cheap and I only wanted a light snack. I most likely would have gone ahead with a different entree had it been dinner, but I was just getting a snack, so I stuck with the fish tacos.

They have a sign that says the tacos are made fresh to order, so that crispy battered fish I had earlier was no fluke. Our second bunch of tacos was equally pleasing.

Now I’m not saying this place has the best fish tacos. But they are probably the best 99 cent fish tacos I’ve tasted (though I will say I’ve only tried a few). They aren’t that filling though, so you might need three or four to have a proper lunch. The owner was super friendly and joking with us as we waited for our food.

I see a lot more fish tacos runs in the future.