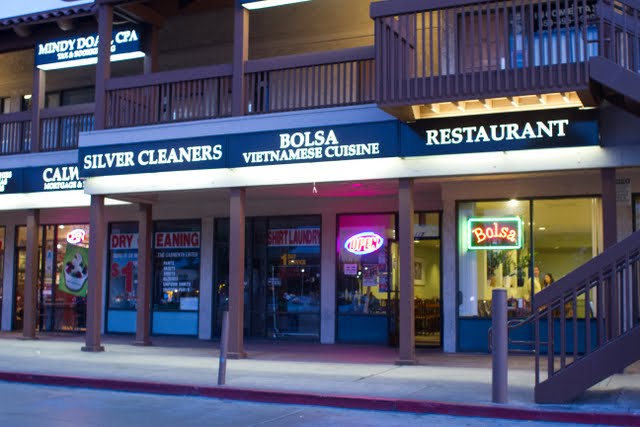 After a fairly mild San Diego winter, the rain/hail storm this weekend was quite crazy wasn’t it? Saturday FH and I got completely drenched in a horizontal rainstorm which seemed to hit right about the same time we stepped out of our car and calmed down after we were inside again. I found Sunday particularly interesting. The afternoon seemed to fluctuate constantly between minutes of bright sunshine to minutes of darkness, gusty winds and hailing. I think this may be the first time I’ve actually been hit by hail as I’m usually hidden indoors.

The cold weather called for some warm food. After my post about my disappointing chicken pho at Nam An, several readers pointed me in the direction of Bolsa.

The restaurant appears to be family owned. We weren’t treated with the typical staff we usually experience at Vietnamese restaurants. The people serving us and taking our orders were really friendly and welcoming. The egg rolls used the traditional rice paper wrappers. I usually prefer the non-traditional chinese thin wrappers (even though I know it’s not authentic), but I actually enjoyed this version. I always think the traditional wrapper is not as visually appealing as it looks like blistered skin once it’s fried. The skin was nice and crispy though and the filling was flavorful. 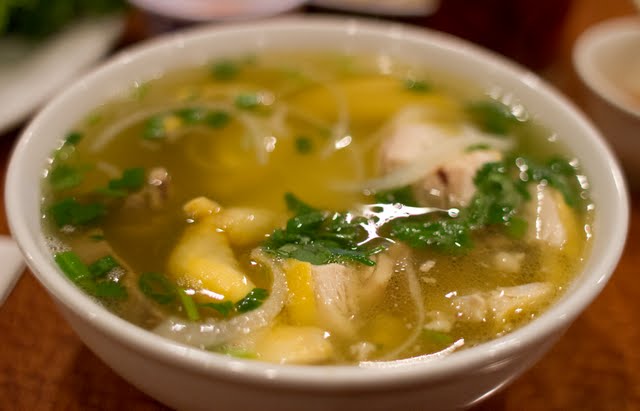 We had a choice of dark or white meat and whether we wanted the organs. I chose dark meat and all the organs.

I was pleasantly happy with my first sip of the soup. It tasted like homemade chicken soup. Though oddly, after the soup got cold towards the end of the meal it lost its chicken flavor. I’m not really sure how to explain this phenomenon. I’ve made chicken soup at home hundreds of times and when it’s cold, it’s oily but it still tastes like chicken soup… 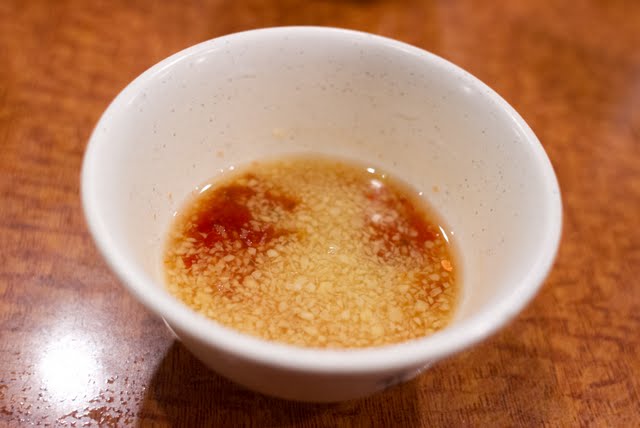 The chicken was accompanied with a ginger chili dipping sauce. I felt like the sauce needed more kick it as it was a little weak in flavor and spice. 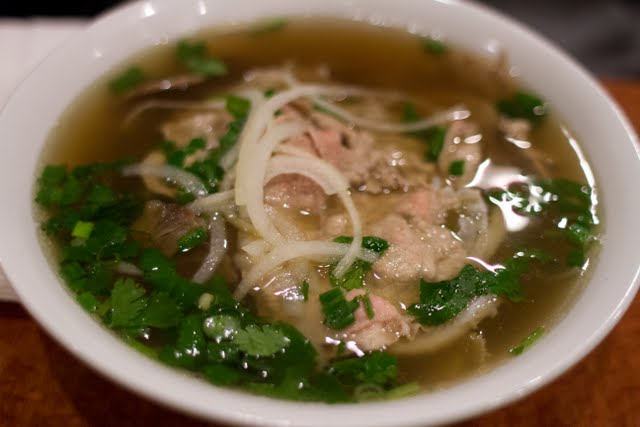 I didn’t taste this so I can’t speak to the quality of the beef broth. 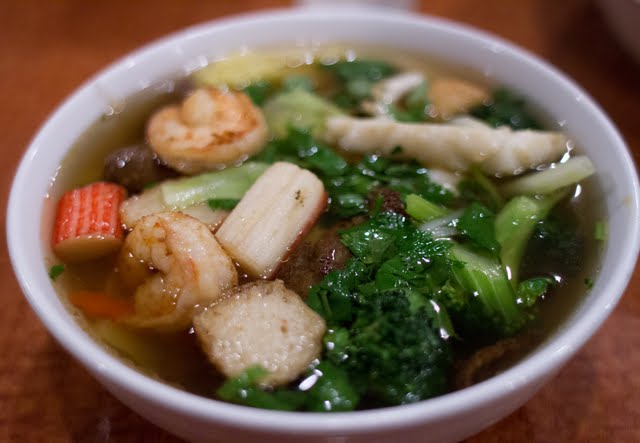 The soup uses a chicken broth base but still has all the spices usually found in the beef pho broth. This unfortunately wasn’t very good. The rice was dry and the ingredients tasted overcooked.

Overall, I enjoyed the chicken pho here better than my experience at Nam An. I haven’t been in the habit of ordering chicken pho in the past so I don’t know how it compares to other places in San Diego. i didn’t really taste anyone else’s food so I don’t know how the rest of the food really is. I did feel like the service here was much nicer and friendlier and would come back to try more food simply because of the friendly atmosphere.