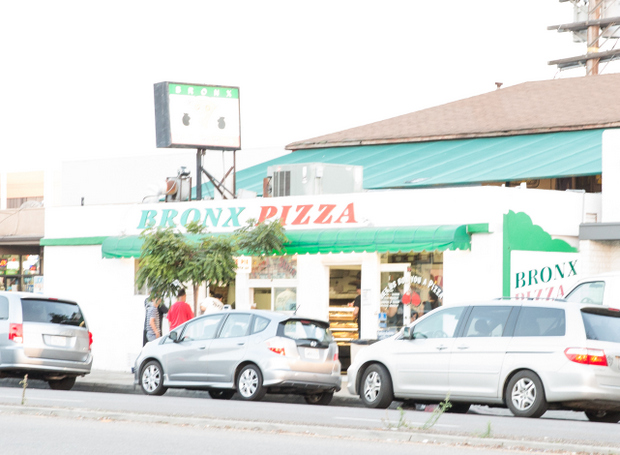 Our favorite spot for New York-style pizza in San Diego is Bronx Pizza. It’s been years since I wrote about it, so I decided to write an updated post. 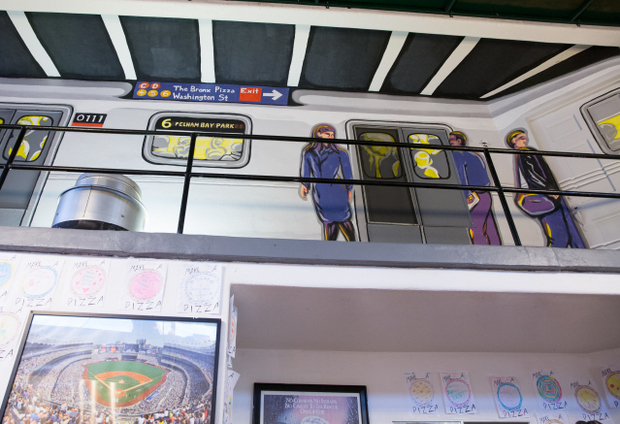 You can order by the slice from the large selection of pies available at the counter or order a fresh whole pie. We usually order a whole pie or pies depending on how many people we’re eating here with.

You can choose to do a half/half pie, which I like to do because I like both their sauce versions and a sauceless version. We love the red sauce but it tends to weigh down the crust and so it doesn’t crisp up as much. The white pizza has an extremely crispy thin crust that we love. 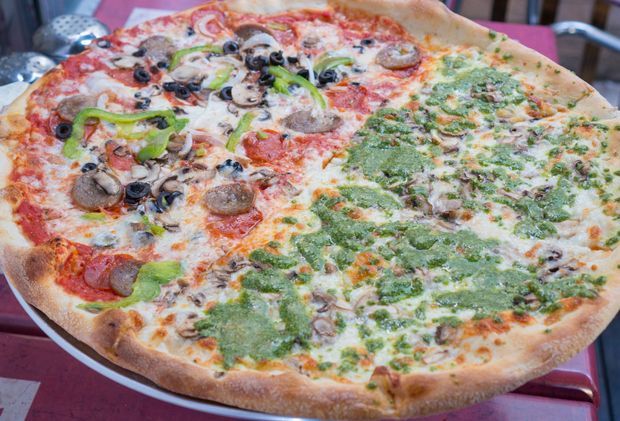 We usually chose a protein on our sauce side and sometimes we’ll do the Bronx Deluxe. The only issue with the Bronx Deluxe is that the crust can get soft from the toppings. We actually had it a few weeks ago and it was still perfectly crispy but on this visit, it was nearly impossible to pick up the slice without folding it in half. Still, the sauce was incredibly robust and flavorful, and the crust was thin with just a little bit of chew. 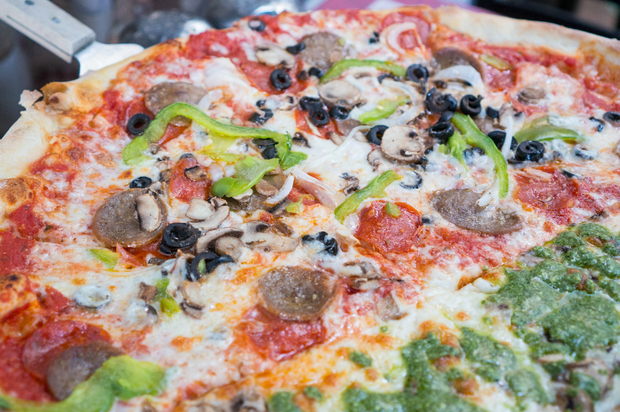 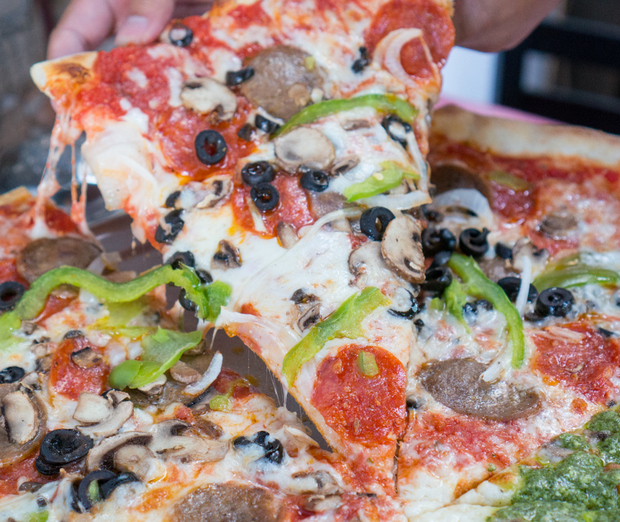 The pesto mushroom is one of my favorite combinations. I adore pesto and the mushroom helps to balance out the saltiness of the pesto. Without the sauce, the thin crust stays extra crispy much longer. 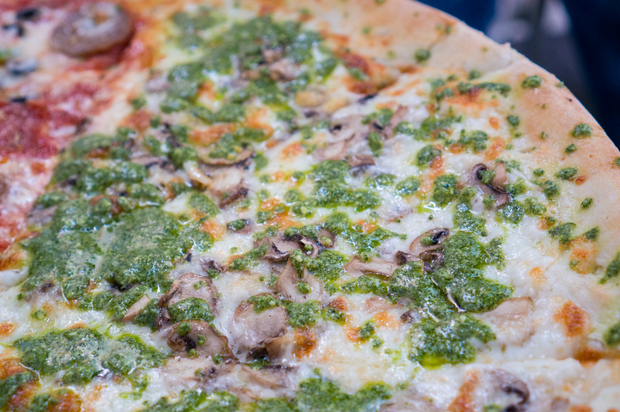 Overall, we love coming here. We feel the pizza is as good as the pizza in NYC and it always satisfies my craving for New York pizza. The pries have stayed very reasonable too. A large slice is just $2.50 and they have a lunch special as well. Little has changed about this place since we first discovered it nearly 10 years ago and I love that it’s remained the same.

– Know what you want or decide quickly when it’s your time to order. Bronx Pizza is notorious for having a “New York” attitude and while they can be a little brusque, as long as you don’t hold up the line, things should be fine.

– Avoid taking pictures of the counter or them making pizzas.