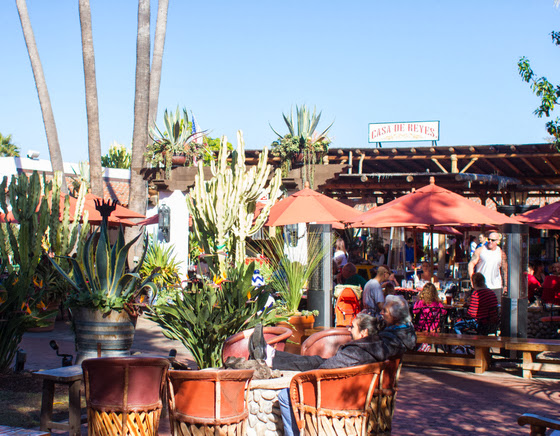 Casa De Reyes in Old Town recently started offering a Sunday brunch and I was invited to check it out earlier last month. Brunch is served on Sundays from 9 am to noon and includes live entertainment and music.

We were seated outside, where we could soak up the atmosphere and entertainment. To the side of the tables was a stage featuring several performances. During our meal, there were several acts, including dancing, singing, instruments, and more. 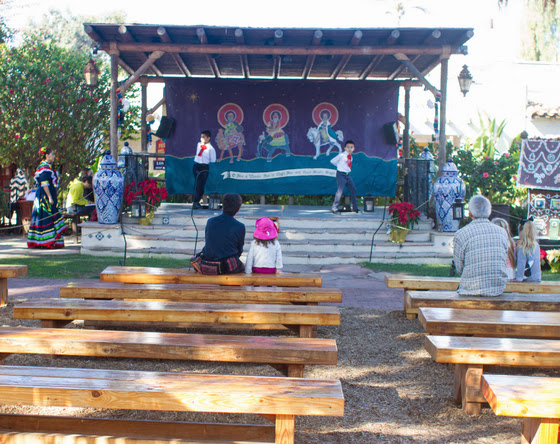 What immediately impressed me about the brunch menu was the prices. All the entrees were under $10 and they also offer margaritas, champagne and mimosas for $3.

The regular menu is available as well, along with the popular fishbowl-sized margaritas that is a signature item at Mexican restaurants in Old Town (a fun must-try for visiting tourists).

We started with an order of the $3 margaritas, which was a good size for the price. 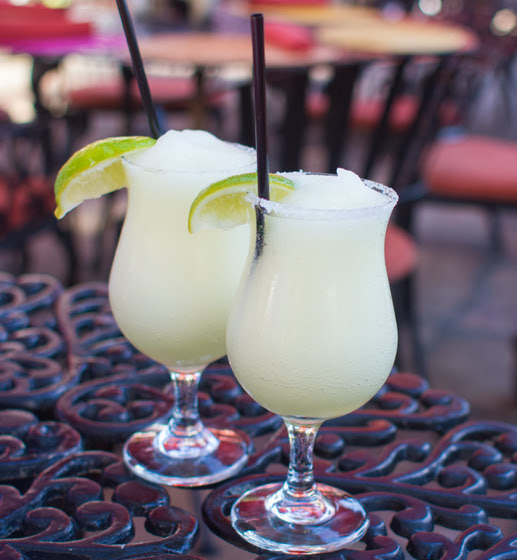 As we munched on complimentary chips and salsa, we also ordered some guacamole. 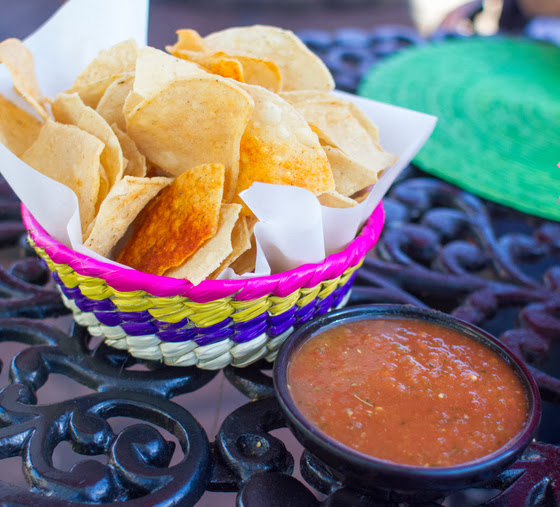 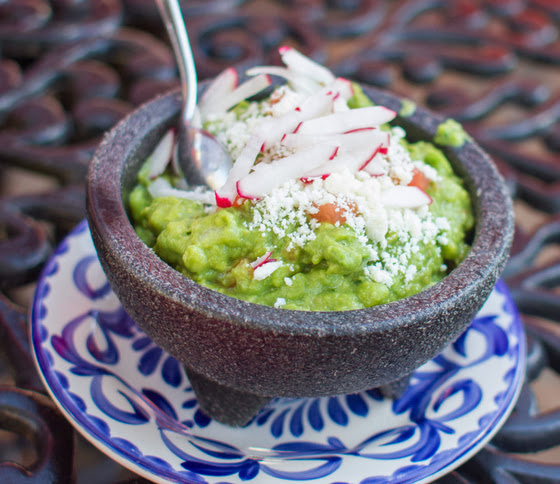 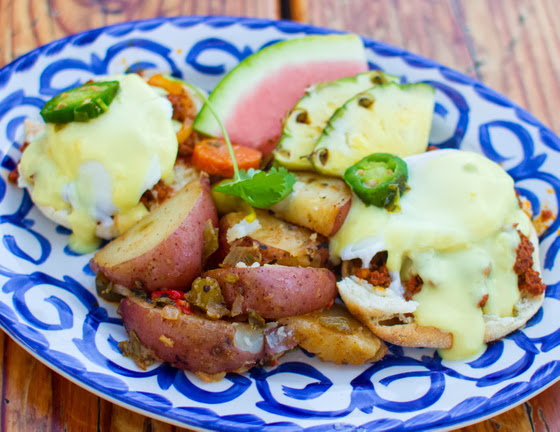 The portions were generous and this was quite good. We enjoyed the creamy jalapeno hollandaise sauce, the bold ground chorizo, served on English muffin halves. 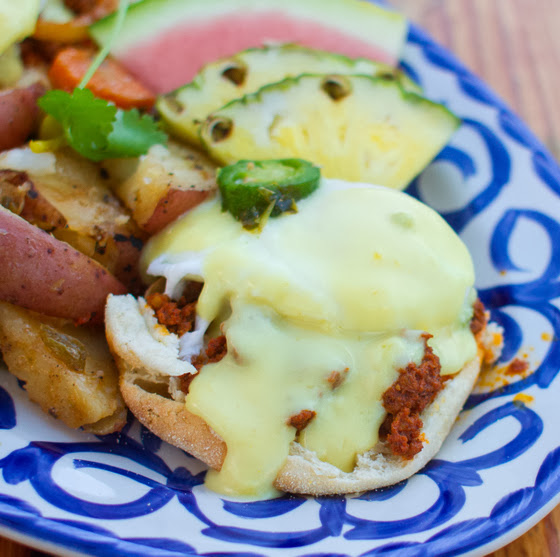 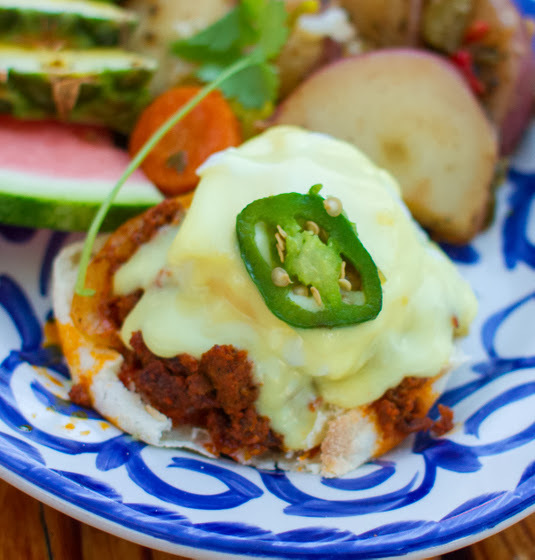 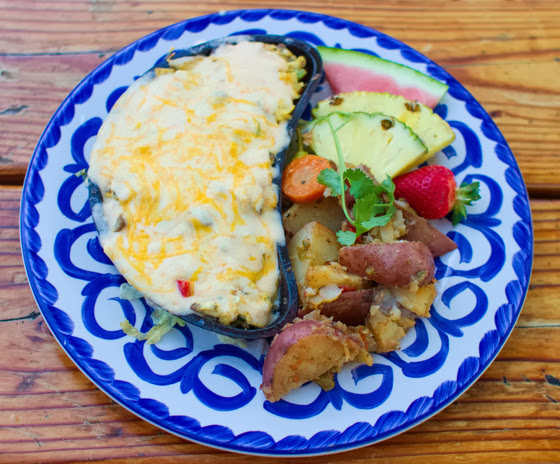 This was my entree choice. Unfortunately, I did not enjoy this one quite as much as the eggs benedict. The frittata is stuffed with chunks of carne asada, however, because it was so finely chopped, I ate quite a few mouthfuls of tough tendons. 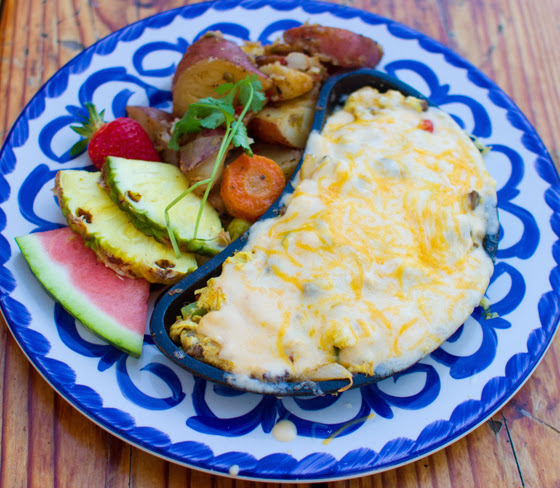 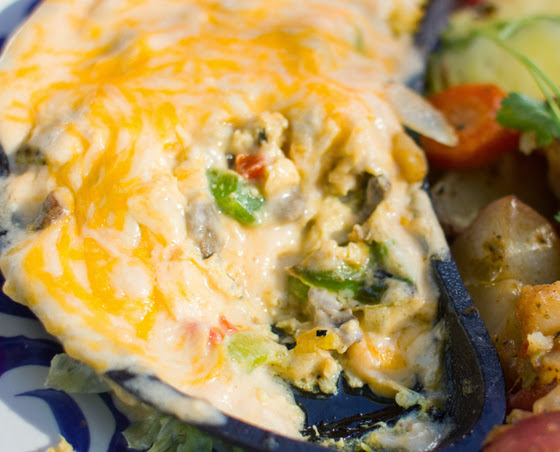 As a special treat, we were brought a dessert platter featuring all of their desserts. I was pretty impressed. 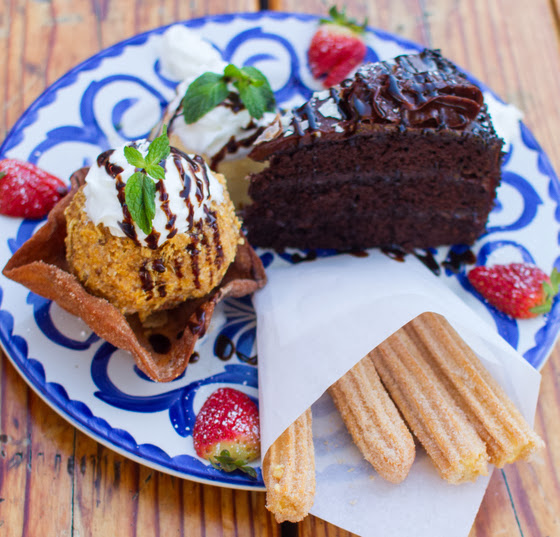 Fried Ice Cream is another staple item at most Mexican restaurants in San Diego. And while you can never go wrong with such a fun dessert, Casa De Reyes’ version is one of the best I’ve tried. 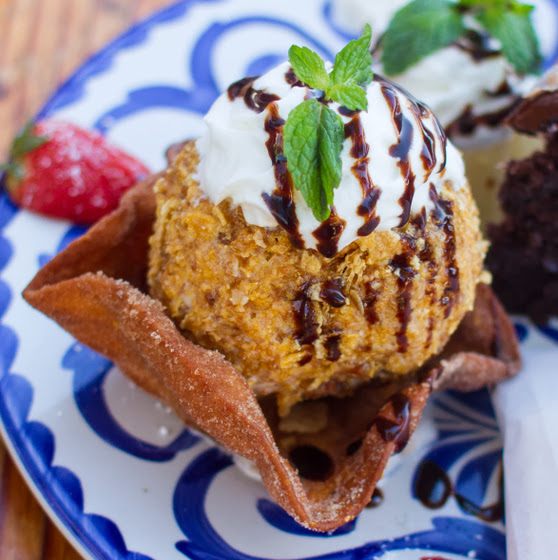 A perfectly round scoop of ice cream was rolled in crumbled cereal and quickly dipped in the fryer for an added crunch. It was served in a cinnamon and sugar dusted tortilla chip bowl. In some versions I’ve had of this dessert, the ice cream is coated in whole corn flakes, which can pick up and retain oil as a result of the large surface area and natural waves and curls in the flakes. But the version here is dipped in finely crushed cereal, giving it a bread-crumb like texture and ensuring a uniform crunchy shell.

The tortilla bowl was also thick, crunchy and a nice presentation. 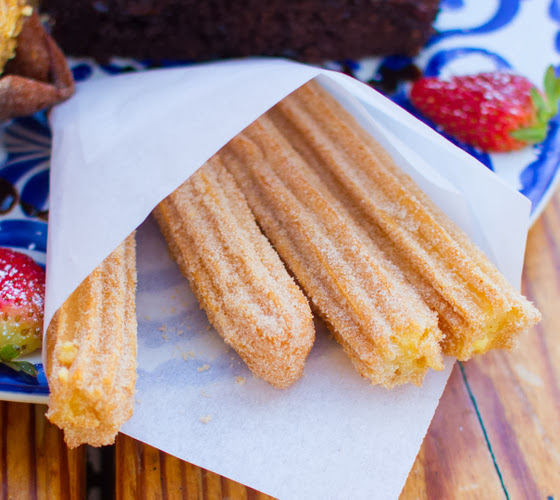 I was equally impressed with the churros, also some of the best I’ve had. The churros were filled with a vanilla custard and had a perfect balance of dough and filling. 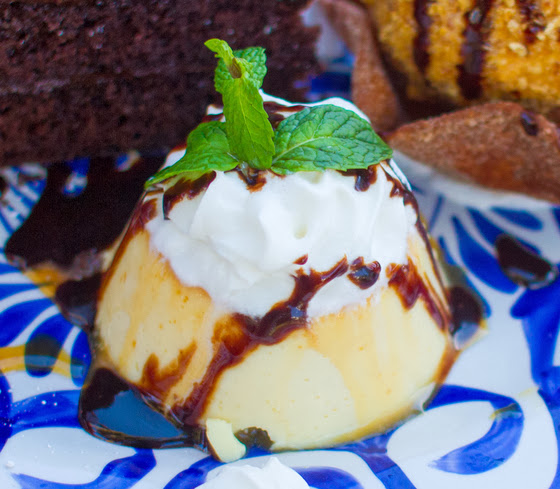 The flan was thick and custardy, just like how a good flan should be. 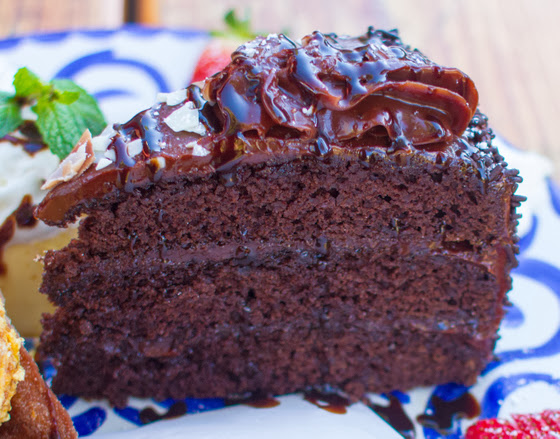 The chocolate cake was the weakest of the group. That wasn’t to say that it was bad. It just didn’t shine as much as the others. Still, it was moist and chocolatey and we took home the leftovers.

Overall, we had a good time here. It’s in a touristy part of Old Town, and it’s playing to tourists. It’s not the best Mexican food you can find in San Diego, but it’s a  great place to take friends visiting from out of town, or a good place to visit if you feel like having a relaxing Sunday, soaking up the San Diego Old Town atmosphere. The portions are generous, the prices reasonable, and the atmosphere is entertaining.

Please note, as indicated above, we were invited to dine here and our meal was complimentary. I was not further compensated for this review and my opinions remain my own.