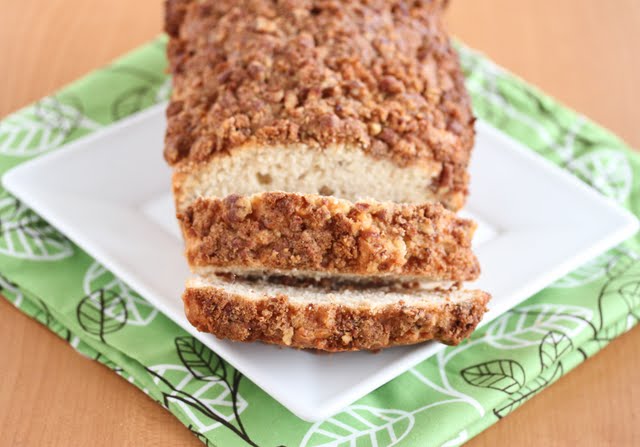 This recipe is inspired by a new favorite snack: cinnamon pecans.

I know, I know. Cinnamon pecans are nothing new. I’ve seen them everywhere, especially during the holidays. But I’ve never had them until recently when Oh! Nuts offered to provide me some to bake with this holiday season. And they are so so addicting. Pecans coated with crunchy cinnamon sugar. I couldn’t stop eating the bag. 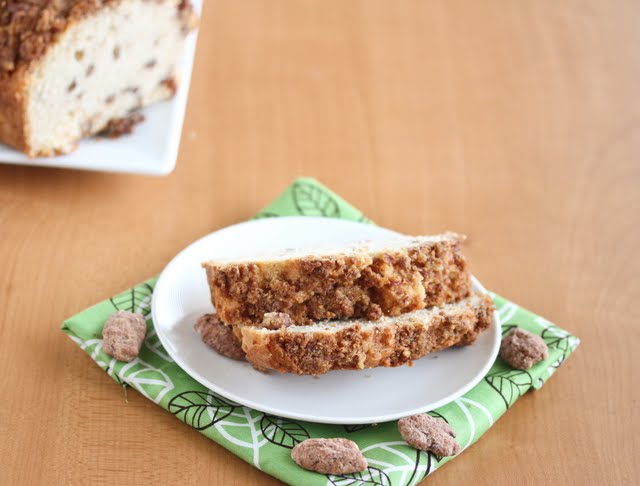 So I decided to quickly make something them before devouring the entire bag. I had already been planning a two ingredient pecan ice cream bread using some pecan pie ice cream I had picked up from Trader Joe’s. The ice cream has sweetened pieces of pecan, cinnamon swirls and some spattering of shortbread crust, to resemble pecan pies. I thought it would be perfect for those two ingredient ice cream breads I’ve been making, which are just ice cream and self rising flour. 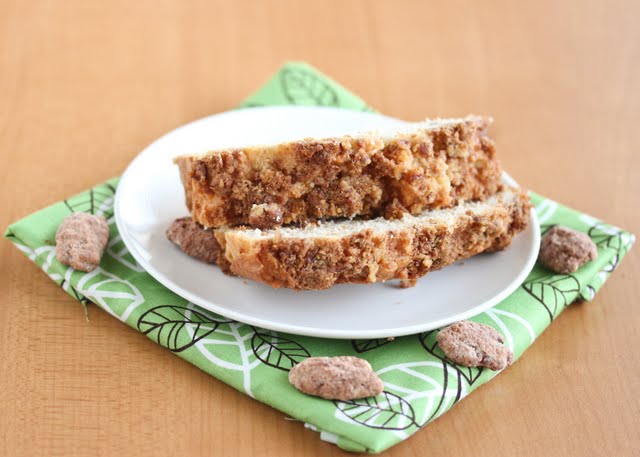 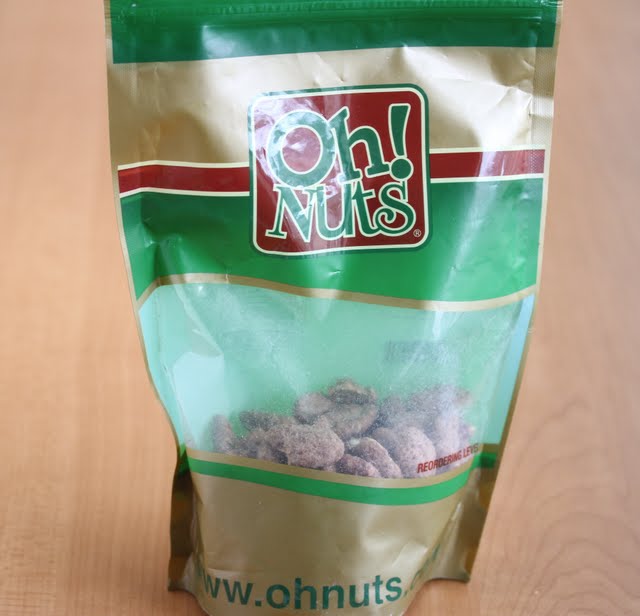 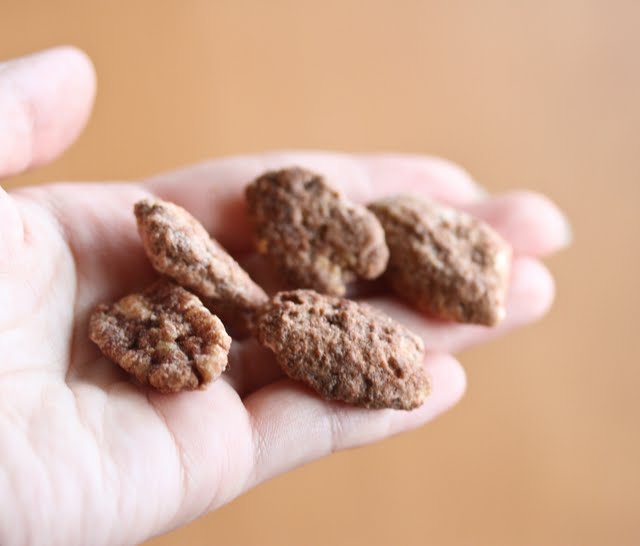 I absolutely loved tasting the crunchy sweet pecan top. It balances out the pecan bread which is only mildly sweet. As with any streusel dessert, the streusel topping was my favorite part and I made sure every crumb that fell off my slices did not go to waste. 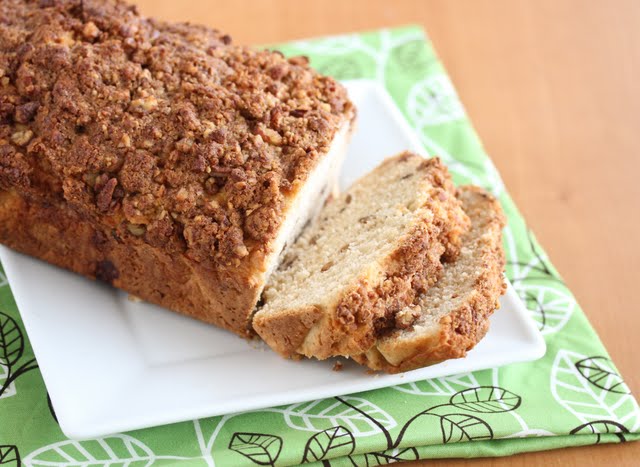 This bread is easy to make and great for pecan lovers- especially if you love munching on cinnamon sugar pecans! 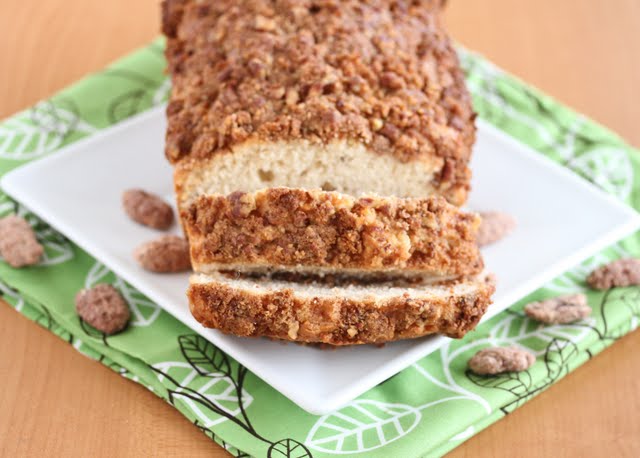 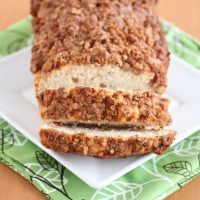 Did you make this recipe?I'd love to see it! Mention @KirbieCravings and tag #kirbiecravings!
Posted in: Bread, Recipes
0 Comments // Leave a Comment »