Crossroads at House of Blues 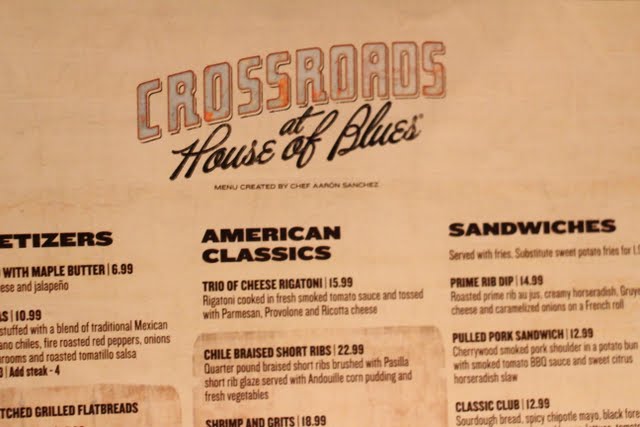 Recently, I was invited by a House of Blues representative to try out the revamped menu offered at Crossroads, the restaurant located as part of the House of Blues. The new menu is designed by celebrity Chef Aaron Sanchez (often seen as a judge on Food Network’s Chopped and is featured on several other tv shows). As an avid fan of Chopped, I was intrigued. 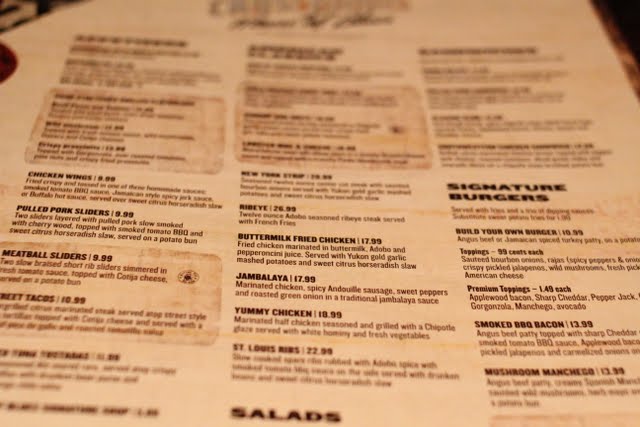 For those unfamiliar, House of Blues is a chain of night clubs and restaurants, offering both music concerts and dining.  Once we arrived, we were seated at a cozy table close to the bar, where I admired the decor. 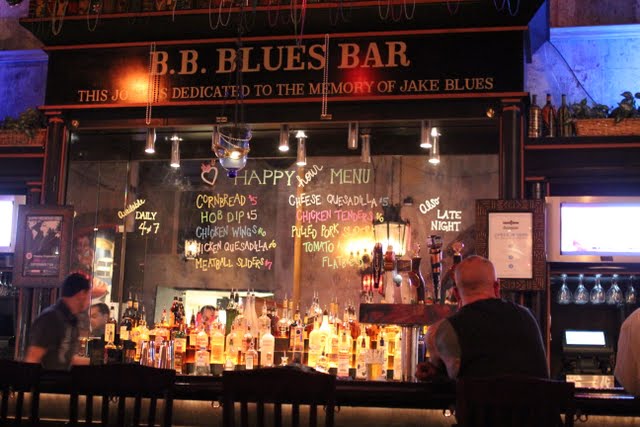 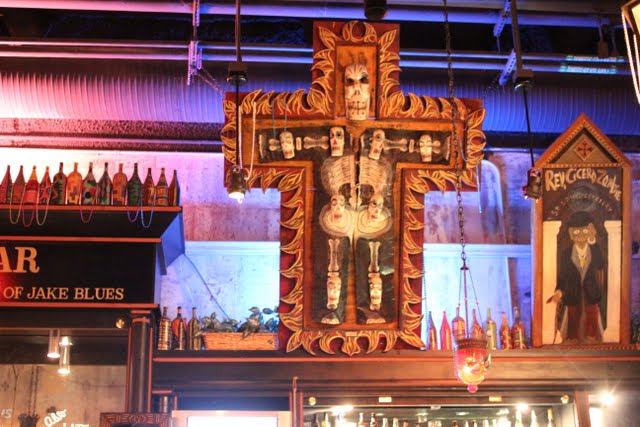 For my appetizer I chose the wild mushroom flatbread ($12.99). The new menu offers three flatbread toppings and they all looked delicious. I had a hard time choosing before settling on mushroom. 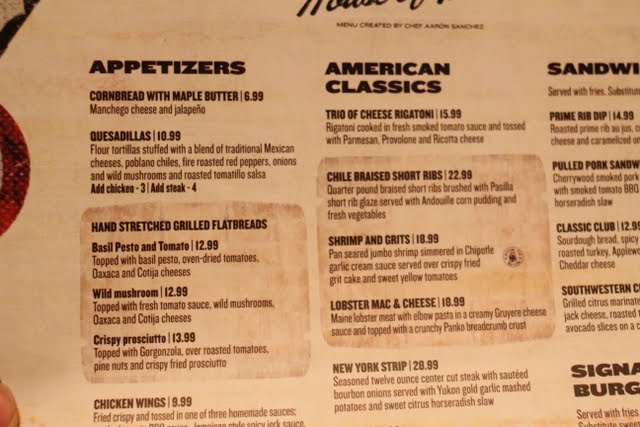 I loved this. The flatbread was thin and crispy. The toppings were flavorful. I would definitely order this again and would like to try the other topping options. It was quite large too. Easily enough for a meal. 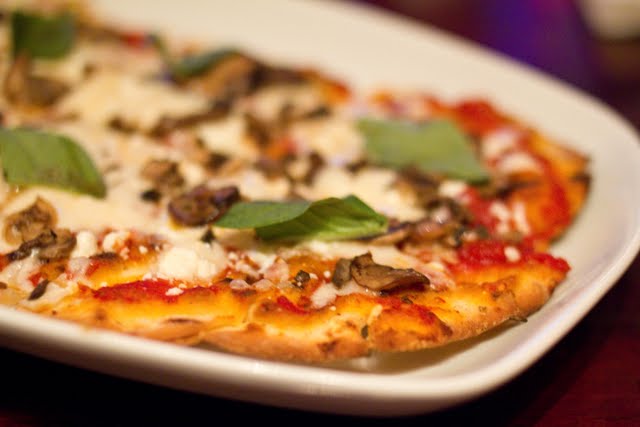 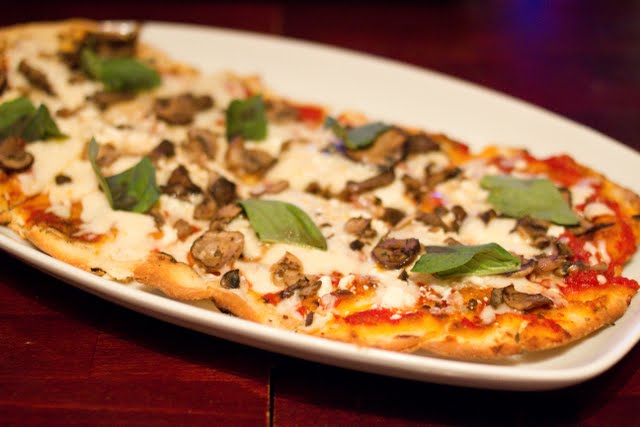 FH chose the Seared tuna tostadas ($11.99). Seared ahi tuna is served on crispy crackers with a bean puree and a mango salsa. There were only three bites for this appetizer. While we enjoyed the crispy cracker and flavorful puree, the ahi tuna was completely overpowered by the salsa and puree.  We couldn’t taste the tuna at all. 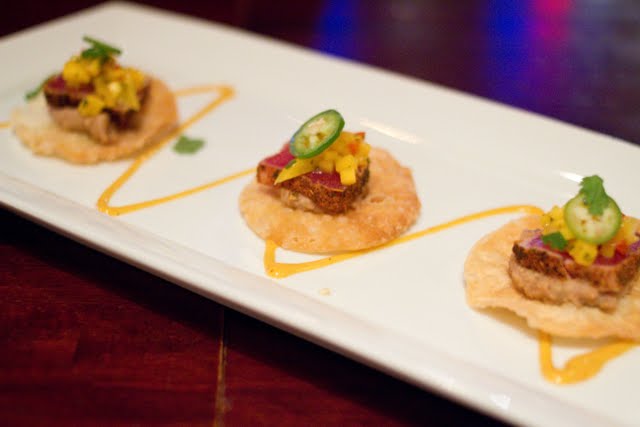 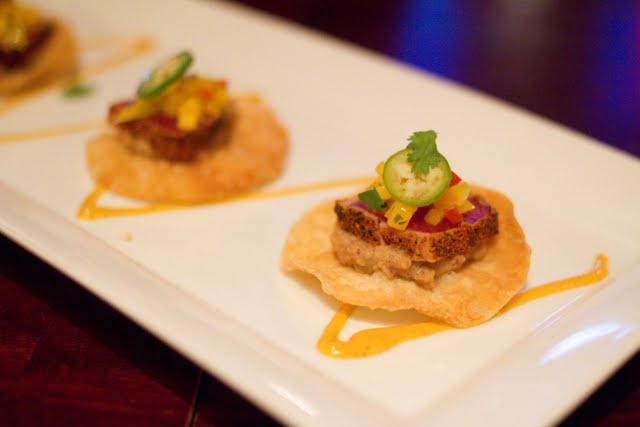 For the entree I spotted a lobster mac and cheese ($18.99) and didn’t even read the rest of the options. The macaroni arrived piping hot. I was happy to see generous bits of lobster throughout. However, I found the macaroni sauce a bit too thin and runny and the noodles lacked some cheesy creaminess. It wasn’t a bad dish, but I’ve had better versions of lobster mac & cheese elsewhere. 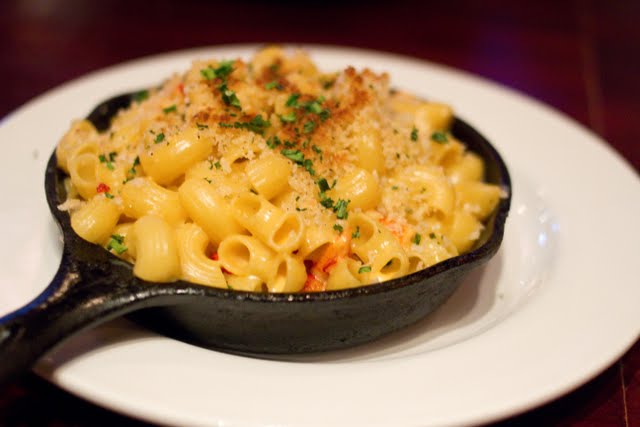 FH chose the Chile Braised short ribs ($22.99). The ribs are brushed with Pasilla short rib glaze and accompanied with corn pudding and vegetables. 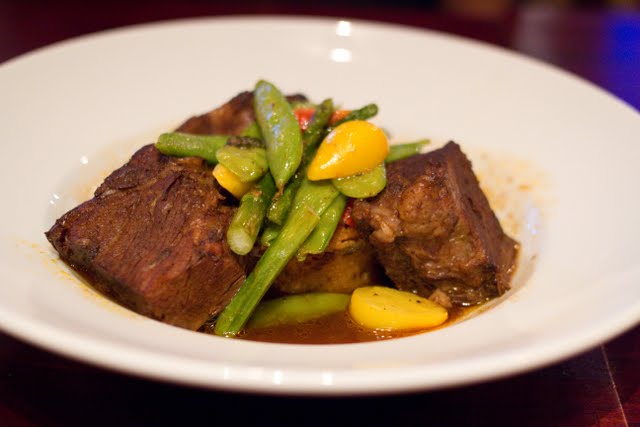 The short ribs here were divine. This was one of the best short rib dishes I’ve ever tasted. The meat was tender, the sauce a perfect accompaniment. The sweet corn pudding soaked in short rib sauce was delicious as well.  I would definitely recommend this dish.

We ended up skipping dessert because we were too stuffed. As I mentioned in the beginning of my review, we were invited as guests so our meal was complimentary. We had a wonderful time though. There are quite a few menu items I would like to try out and we’ll definitely come back.

2 comments on “Crossroads at House of Blues”