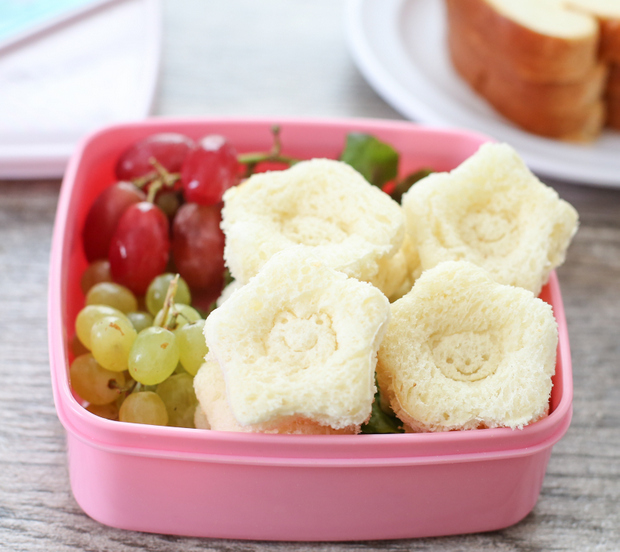 I recently made these adorable mini cucumber sandwiches with my sandwich cutters. I had bought these bread cutters a long time ago on Ebay, one of those moments where I buy something I’m convinced I’ll have a ton of use for, and then don’t use it. 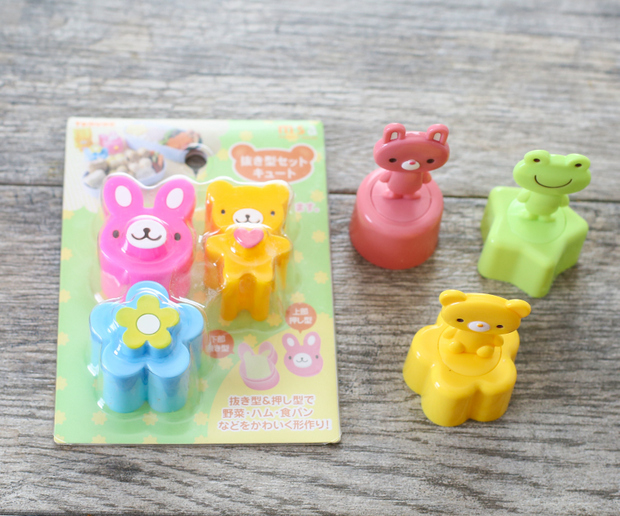 I’m happy I bought them though because these bite-sized sandwiches are so cute. I made a bunch for my house party and have made several other versions since. I fell in love with cucumber sandwiches during my trip to London and they were fun to recreate, though I’m still looking for the mayo spread recipe that tastes exactly like the ones I had in London. 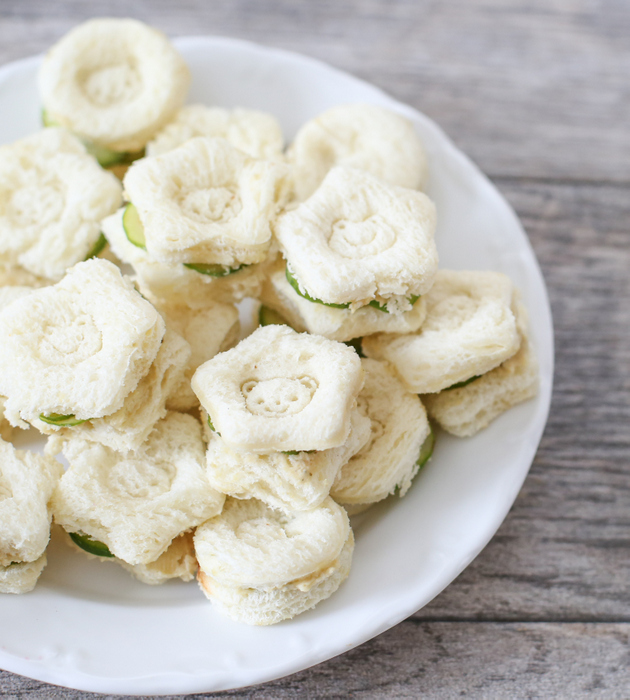 For the bread, I used King’s Hawaiian sliced bread, which is now available at supermarkets. It has the same taste as King’s Hawaiian rolls, but now in slices perfect for making sandwiches. I was sent some free coupons to purchase the bread as part of King’s Hawaiian back-to-school campaign to make lunch fun. What’s more fun than adorable bear and frog imprinted sandwiches? 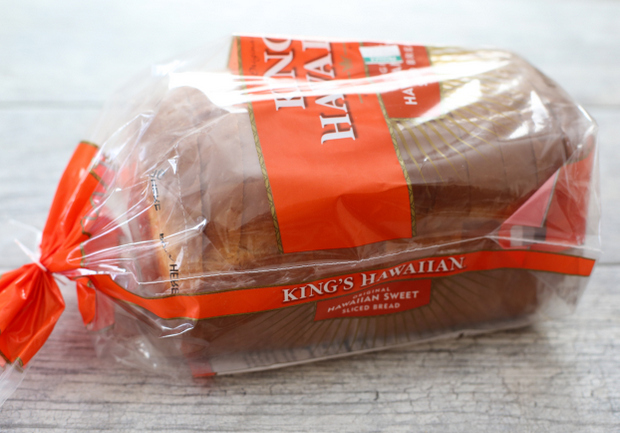 We have really been enjoying the bread. I actually had to buy it several times because Mr. K kept finishing off the loaves before I could take photos for my post. 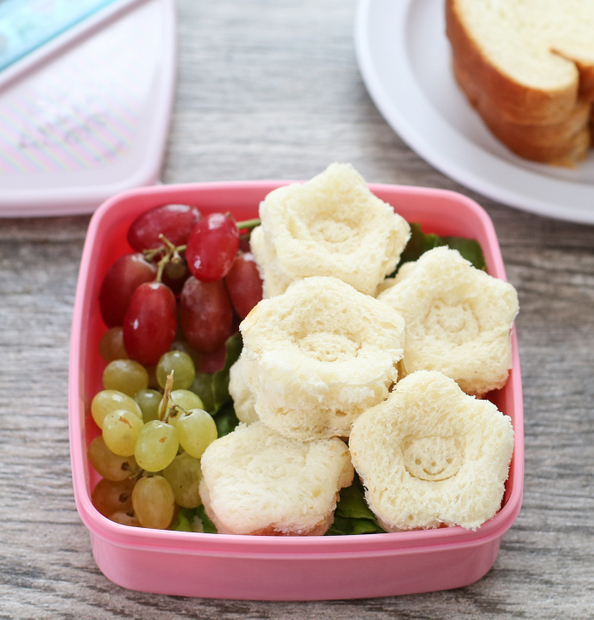 I went through this phase where I was going to make cute bento boxes. I bought these sandwich cutters, bento boxes, a bento making cookbook, etc. And then I never got around to it. Until now. 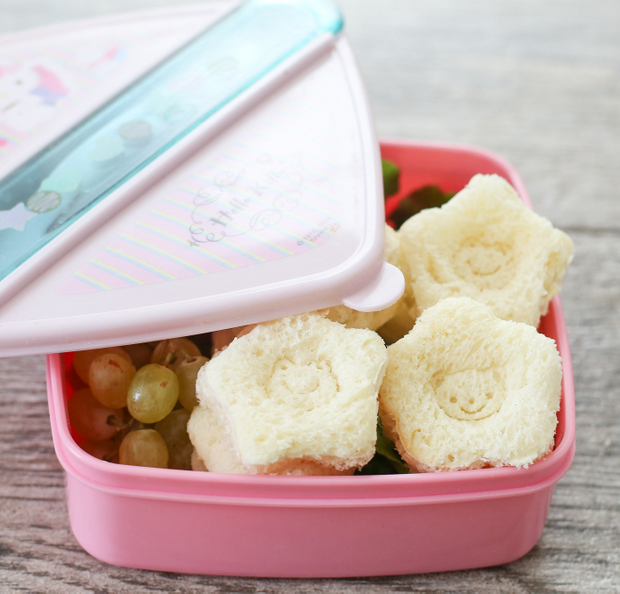 Here is my bento, in my Hello Kitty bento box. I also made a set for Mr. K, but his is a more manly yellow bento box. 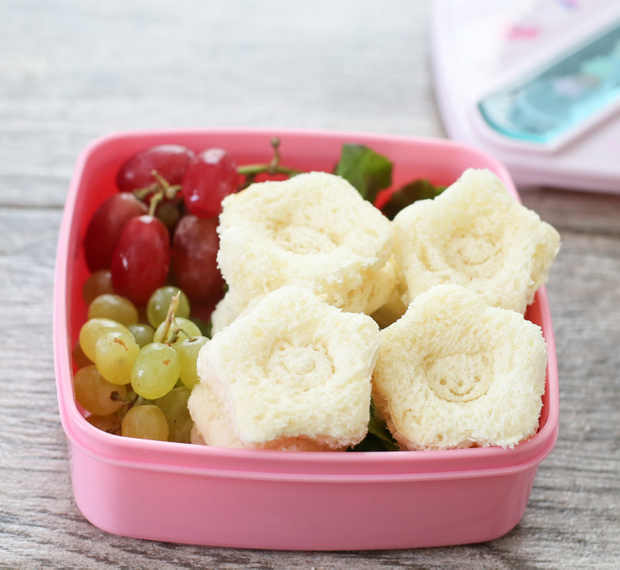 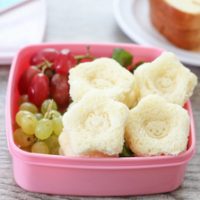 Servings: 12
Prep Time: 20 minutes
Course: Main Dishes
Cuisine: English
I fell in love with cucumber sandwiches during my trip to London and I had to recreate them once I was back home. I like to cut the sandwiches into fun shapes using bread cutters, but you can also serve them sliced into squares.
Print Pin Rate

Did you make this recipe?I'd love to see it! Mention @KirbieCravings and tag #kirbiecravings!
Posted in: 30 Minute Meals, Appetizers & Side Dishes, Recipes
8 Comments // Leave a Comment »