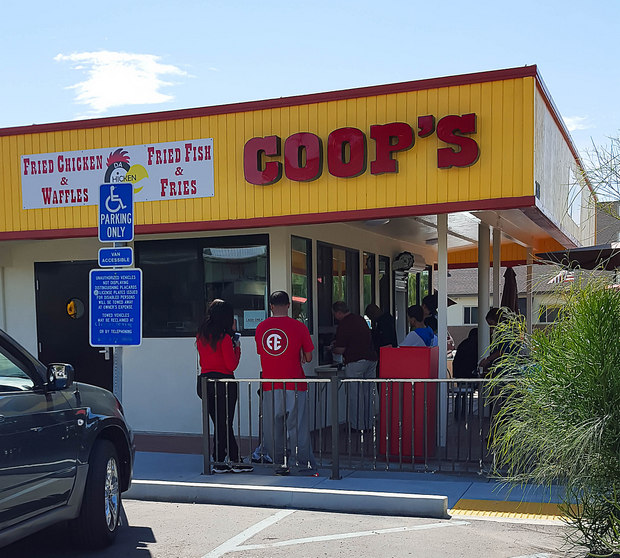 Da Chicken Coop recently soft opened in San Diego. It’s a new concept by the owner of Coop’s West Texas Barbeque, focusing on fried chicken and waffles and fried fish. Coop’s still remains our favorite spot for BBQ, so we were definitely excited by their fried chicken concept, especially after they took top prize at Eating and Drinking in San Diego’s Fried Chicken Challenge last summer.

The new restaurant is located directly across from Coop’s West Texas Barbeque, with a walk-up order window and patio seating. The full menu was posted on the order window (photo at the end of this post), though since they are still in soft opening, several of the items are not yet available. However, the fried chicken definitely is. 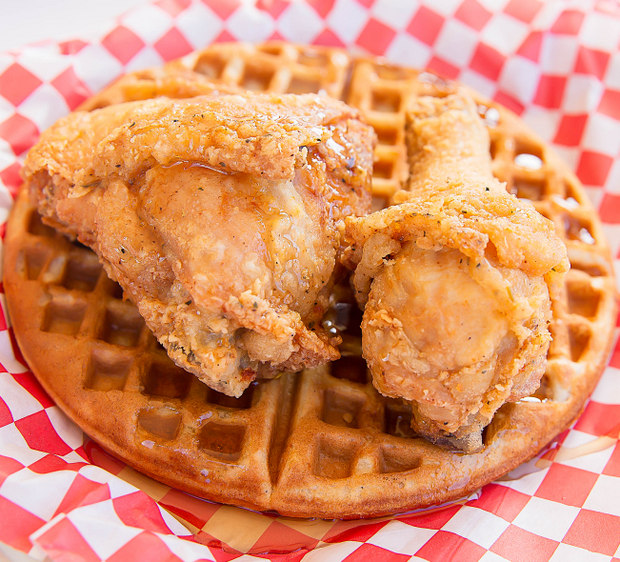 We started off with two pieces of fried chicken, served on a waffle, with a side of syrup. Our chicken came out a light golden brown, with a thin, crispy skin and very juicy meat. I found myself wishing for a slightly thicker crust on the chicken skin, as some parts of the skin didn’t quite firm up and even the crispiest parts didn’t have that satisfying crunch factor. I’m not sure if this is the style they are going for or if this was the result of the restaurant still trying to work out the kinks.

The waffle was just okay for me. It was a little soft and while it held up well underneath the pressure of the chicken and syrup, it wasn’t a waffle I’d order on its own. 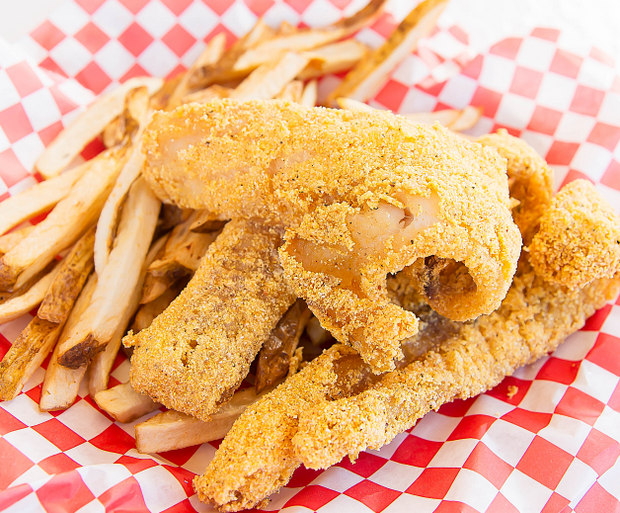 We also wanted to try out their fried fish. Instead of catfish, they offer swai or pollock. The fish was nice and crunchy, coated in a cornmeal and flour mix. I found myself enjoying the fish a lot, especially since there are not many places in San Diego that serve fried fish.

The fries, unfortunately, were not for me. They were pale, soft, and too starchy for my liking. We only tried a few before giving up on them.

Overall, we had a decent visit here, but I was a little underwhelmed, especially considering how amazing their bbq is. However, it is still soft opening, so we’ll check out their chicken again in a few months. We found the chicken to be good, but not so special as being worth the drive as Lemon Grove is a little out of our way. It is probably a good option if you live close by though. And it is nice that the two restaurants are right across from each other, so you always have the option of getting food from both. In fact, we headed over to the BBQ restaurant for some take-out after our meal.

Tip: Currently it is cash only and the hours are also shorter than what is listed on their menu. Make sure to check their Facebook page for updates on their hours and other changes.