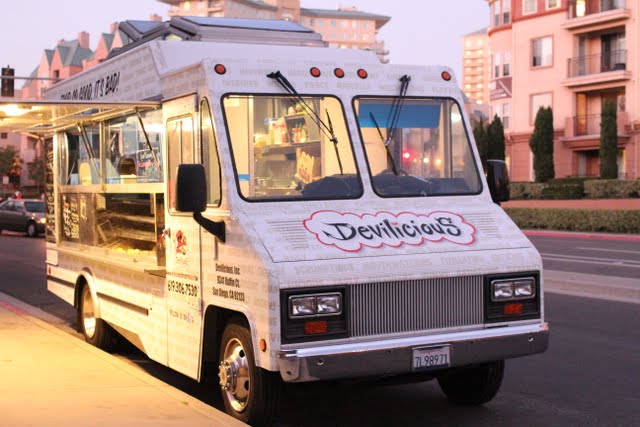 Even though my interest in food trucks has faded, one of my favorite shows to watch is The Great Food Truck Race. I am fascinated by the business strategies that the competitors come up with for each challenge and the show is so fast paced that it rarely has a dull moment. (On a side note, I was very upset over Korilla BBQ’s elimination the other night. They had been my favorite team and I’m curious to hear their side of the story). 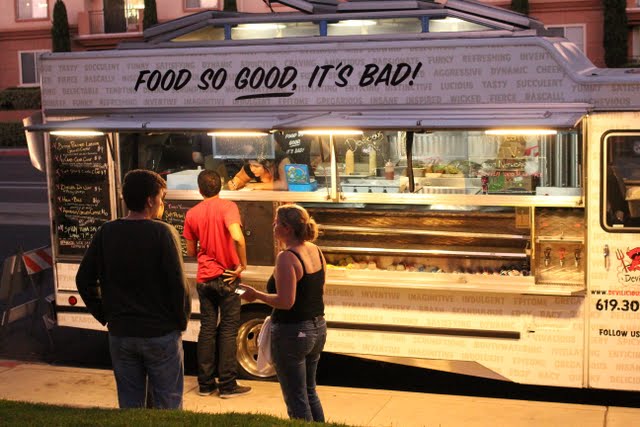 When I heard that San Diego’s own Devilicious would be a contestant on Season 2, I hurried over to check them out before the show premiered. I had heard of Devlicious’ offerings previously, especially about their famous lobster poached grilled cheese. As luck would have it, I found a day on the truck schedule that was nearby and fit with my dinner schedule. 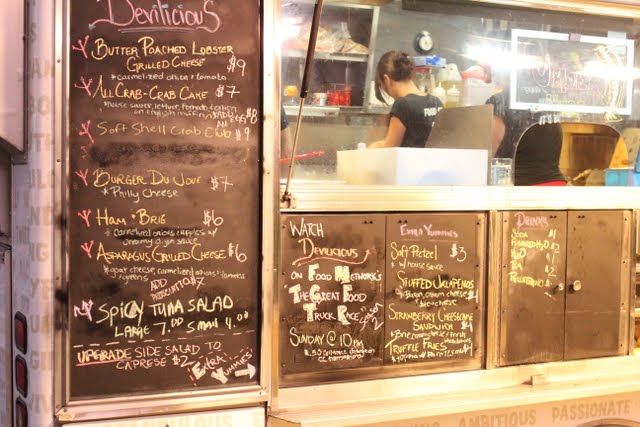 We ordered our food, and then headed home because there wasn’t anywhere to eat nearby. 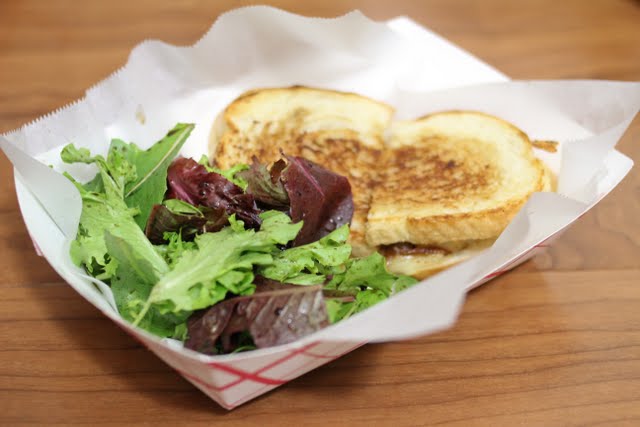 This is their most famous menu item, so of course we had to try it. All of our sandwiches were accompanied with a field of greens.

I was a little disappointed with this sandwich. Parts of the lobster meat were soft and buttery and other parts were downright mushy. The spread was also not evenly placed on the sandwich. One half of the sandwich was lobster and cheese only. The other half had the caramelized onions and tomatoes. 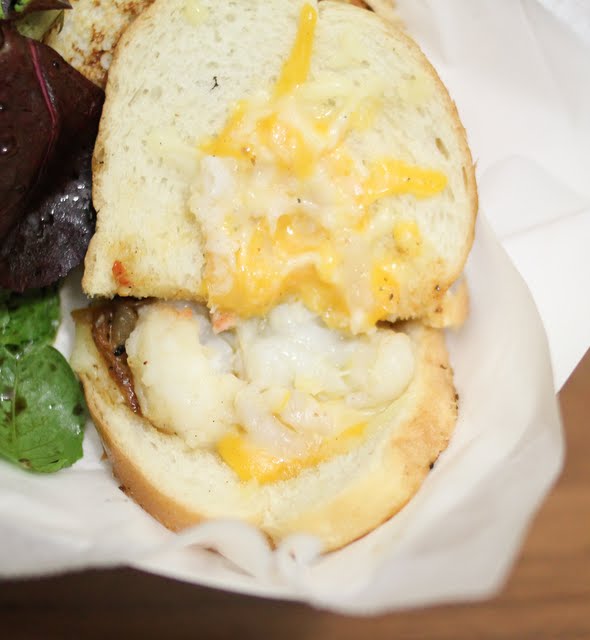 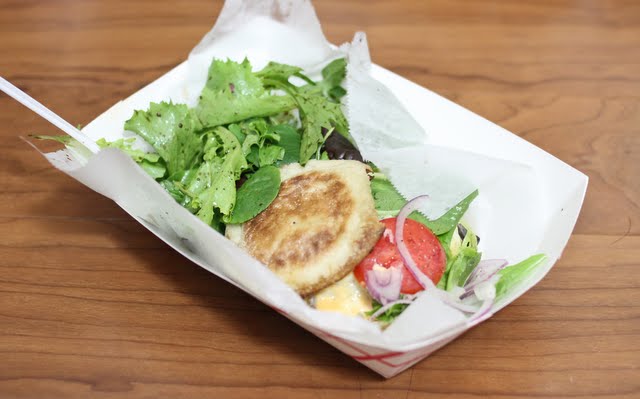 We opted to add a fried egg on top for an extra buck. A large crab cake was served on an english muffin, with thousand island dressing, tomatoes and lettuce. The sandwich was quite tasty and the runny yolk was a nice addition. I enjoyed this sandwich far more than the lobster grilled cheese and would definitely order it again. 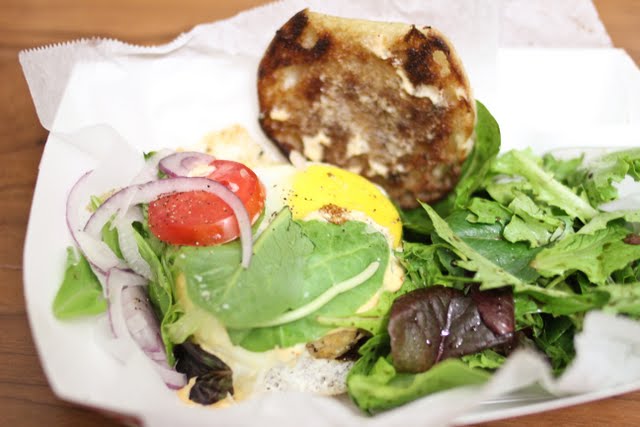 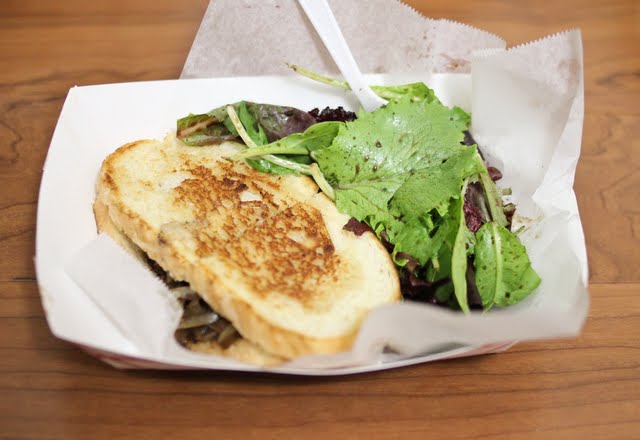 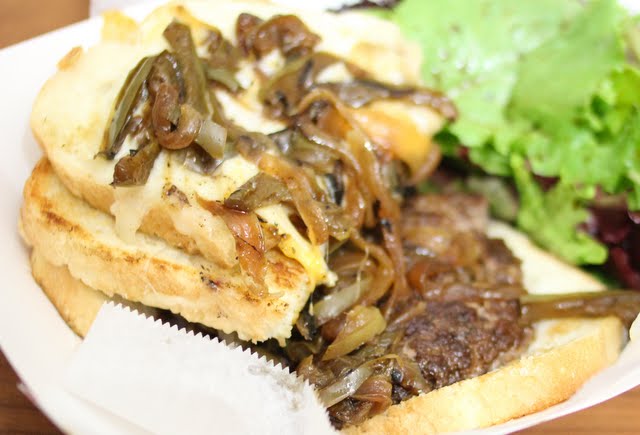 I was a little disappointed to see the burger served on toast. This was FH’s pick and I didn’t have any. He seemed to enjoy it. 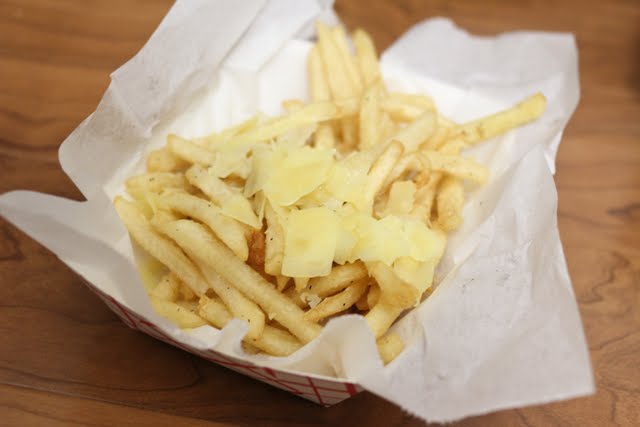 The fries were nicely battered and crispy, just the way I like them. The truffle oil was nowhere to be found. I didn’t taste it or smell it. I liked the fries, but I was a little disappointed since I was expecting fries drizzled with truffle oil.

We enjoyed our food for the most part, though I did feel like the portions were a little small. We’ll be back again for the crab sandwich and for some other menu items.